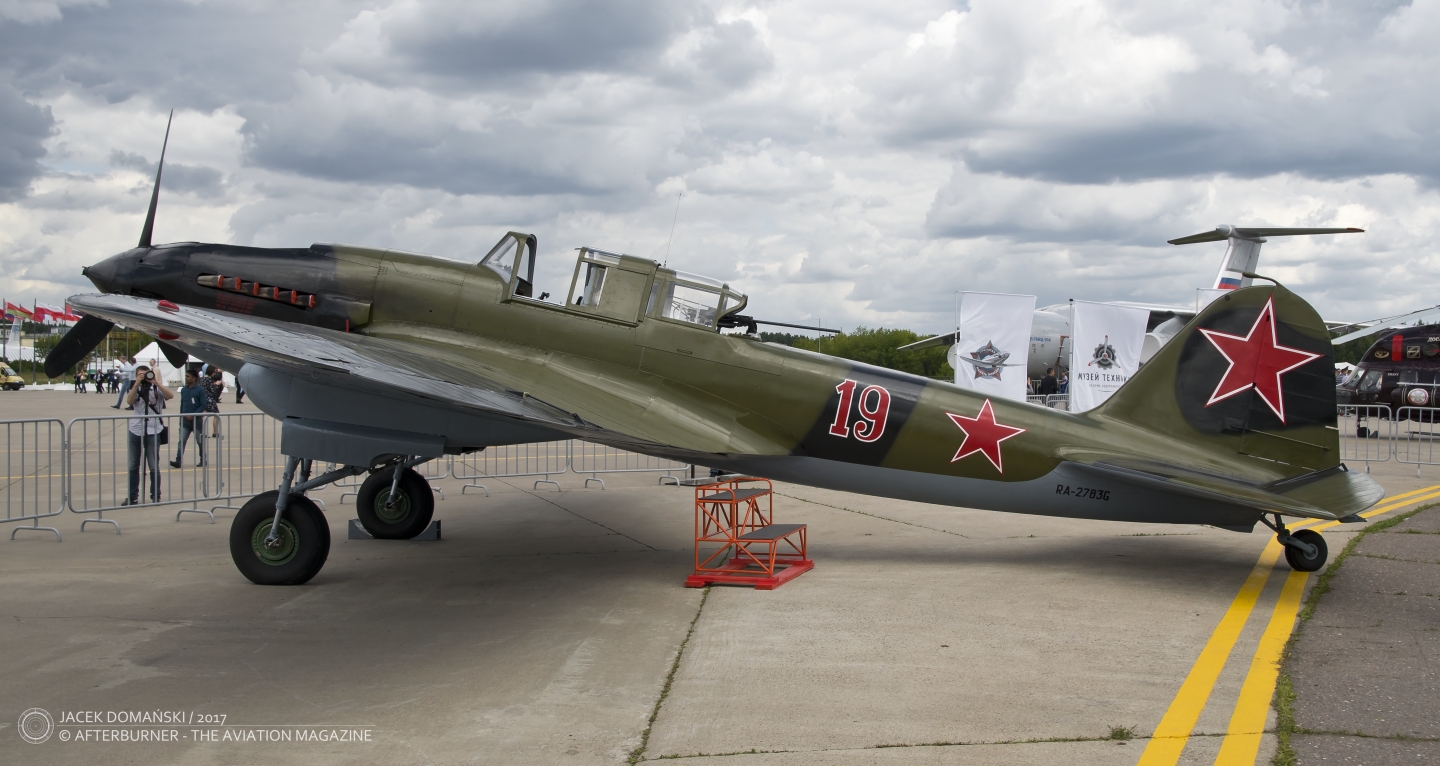 Although there were more than 36,000 of Il-2 aircraft built during the World War II, there are only few original aeroplanes that survived until today. A few are exhibited in the museums and only two of them are airworthy – both recovered from the lake and then restored into the flying condition.

That Il-2 exhibited at MAKS-2017 was the second restored ´Shturmovik´ and it had the public premiere there. The aircraft was available at the static display and also participated in the flying programme, evoking the biggest enthusiasm among the air show visitors.

In November of 1943, during one of its first combat missions, this Il-2 was damaged during the air raid near Murmansk. The crew, V. Skopintsev (pilot) and V. Gumennoy (gunner), managed to belly-land on the frozen surface of Kryvoe lake and escaped. Shortly after, the aeroplane sank to the bottom of the lake.

Skopintsev´s Il-2, still lying in the Kryvoe lake at the depth of 20 metres, was localised in 2011 and carefully examined. In 2015, the aircraft was recovered from the lake and transferred to Novosibirsk for restoration works, performed by ´Авиареставрация´ company and Siberian Aeronautical Research Institute (СибНИА), with the cooperation of several other Russian companies, Крылатая память победы (Wings of Victory) foundation and pilot´s relatives.

After more than 70 years in the lake, the restored Il-2 made it maiden flight on 16th June 2017 and just a few weeks later participated in MAKS-2017. The aircraft is now powered by Allison engine and painted in the same 46th ShAP marking as used in 1943.

The currently only airworthy Il-2 in Europe is a part of Wings of Victory collection and from time to time participating in Russian air shows. Last year, the ´Shturmovik´ made itself famous again, flying to Berlin and back, to participate in ILA 2018.