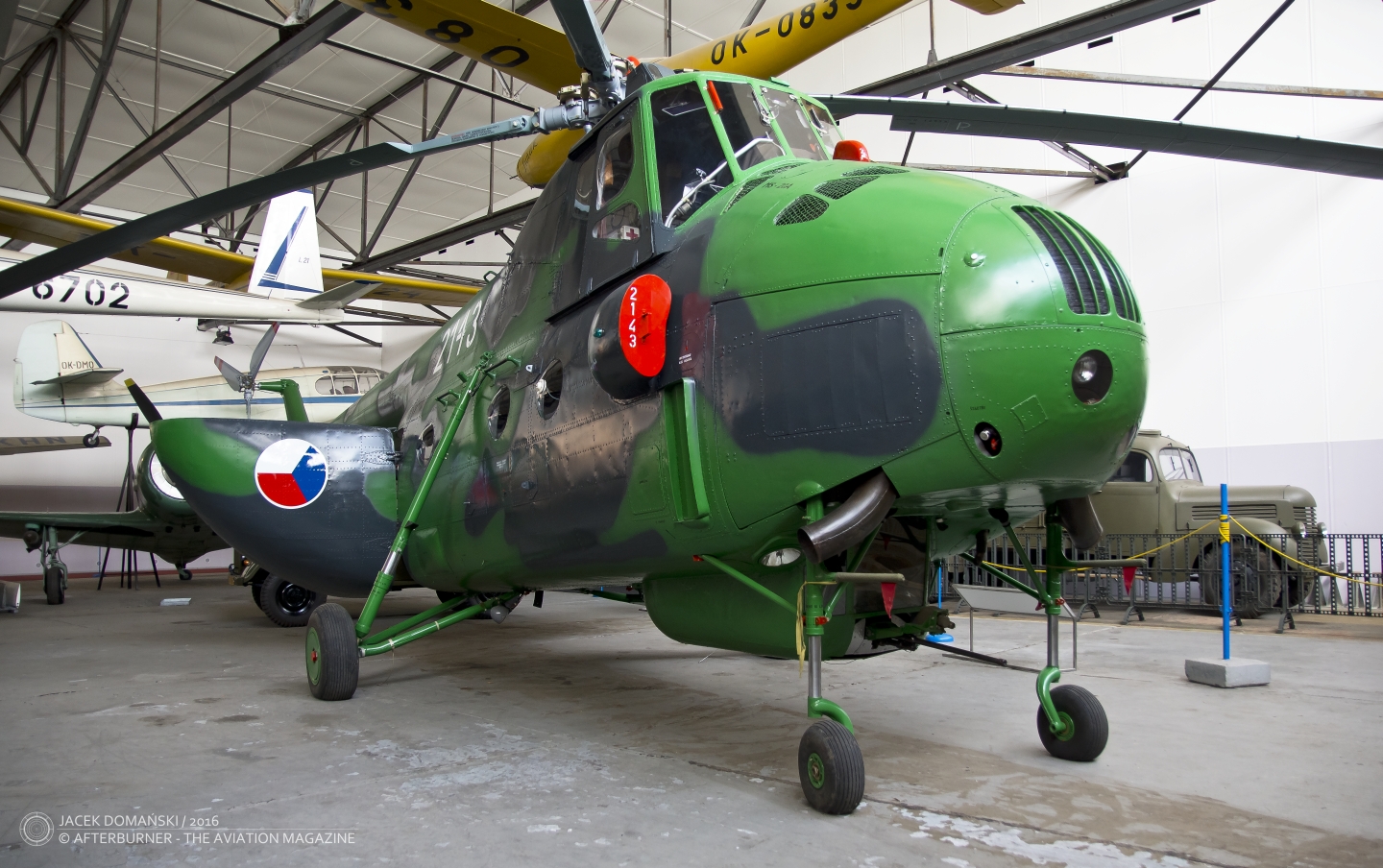 The Korean War (1950-1953) is sometimes called ´the first helicopter war´, due to the first significant operational use of several types of rotorcraft within the battle zones. Following post-war analysis carried out in the Soviet Union, aviation designers were assigned with the new task – to create rotorcraft for the Soviet army, not only based on the Korean War experiences, but also exceeding the characteristics of American helicopters from that conflict.

Initially, the task was accepted by Mil, Kamov and Jakovlev, together with their construction bureaus. All of them had already created their first successful helicopter constructions, including Mi-1, the first serial Soviet helicopter designed by Mikhail Mil. Shortly afterwards, Kamov stepped down from this project, basing his decision on the short deadline of just one year.

The prototype of V-12 (VD-12) helicopter was ready at the beginning of 1952 and the maiden flight was performed in June. Mil´s design was similar to H-19 Chickasaw / Sikorsky S-55, with the engine in front of the cockpit and rear loading doors, however in terms of size and performance, it was a bigger helicopter, equated with H-34 / S-58.

The new helicopter was quickly approved for serial production that started yet in 1952. In total, approximately 3,300 of all Mi-4 variants were made until 1966, and additional 550 were manufactured in China under license, as Harbin Z-5 (until 1979).

Czechoslovakia was among the biggest users of Mi-4 rotorcraft, operating approximately 155 helicopters in total. Not only within the Czechoslovak Air Force, but also Interior Ministry and Agrolet and Slov-Air state companies. The first ten helicopters arrived in 1956 and were initially operated under VR-4 and V-4 designations, later changed to Mi-4. Still in the early 1980s there were about 90 Mi-4 in active service in Czechoslovakia, but they all were retired until 1986.

Mil Mi-4 exhibited in Kbely Aviation Museum was manufactured as Mi-4A variant, with serial number 02143 and since 1963 was operated by the Czechoslovak Air Force. A little bit later it was upgraded by aviation works in Trenčín to Mi-4B, an armed version developed in Czechoslovakia and equipped with rocket launchers.

After being retired, ´2143´was transferred to Kbely aviation museum in 1987, where it initially was exhibited at the open-air display but later stored at the deposit. After a few years spent in the storage, it was fortunately decided to restore the original glory of this Mi-4.

The renovation was performed between 2013 and 2014 by LOM Praha aviation works. And the restored Mi-4 was officially presented at the opening of 2014 museum season.

Currently, there are no airworthy Mi-4 anywhere in the world – although there were some rumours about still using them in North Korea in 2010s. Therefore, we were brightened with the news that the project of returning a Mi-4 to the fully airworthy condition was launched recently at Moscow aviation-repair plant DOSAAF (Московский авиационно-ремонтный завод ДОСААФ). The company was repairing Mi-4s between 1974 – 1982 and decided to restore one of the helicopters that was still stored there.

Currently, the Mi-4 is completed and after the static engine tests. We hope to see this legendary rotorcraft returning to the sky soon!