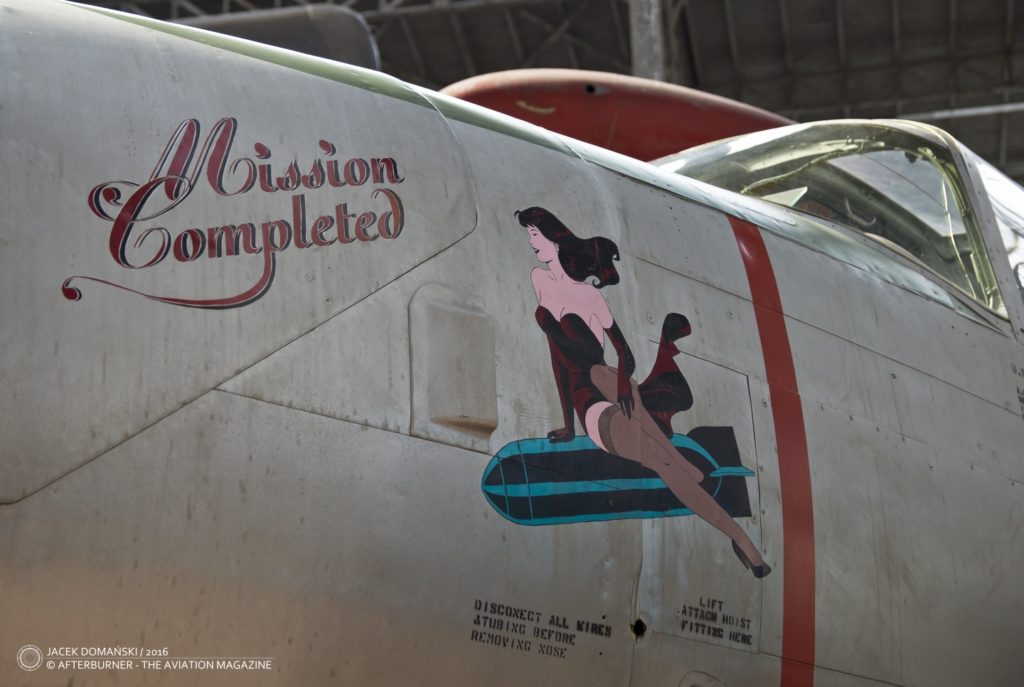 Nowadays, the museum occupies approximately 40,000 m2 of space in the Cinquantenaire buildings with the additional four external sites around Belgium. The exhibition represents all kinds of Belgian military forces; the traditional ground forces exhibition was supplemented by Air and Space section in 1972 and completed by adding the Navy exhibition in 1996.

All the aircraft are displayed in the Great Hall building, 40 meters high and with an area of almost 12,000 m2. Each and every square meter of the Great Hall is used for display purposes, including the balcony around the hall. The visitors may find there the complete aviation history exhibition, starting with the hot-air balloons, through the pioneers´ years, airships, Great War, the 20s and 30s, World War II and Cold War era to the F-16 fighter jet.

The list of the interesting and unique aircraft displayed in the museum would be really a very long one, so only a few examples would be mentioned here:  LVG C.VI reconnaissance aircraft, FBA Type H flying boat, Royal Aircraft Factory RE.8 reconnaissance/bomber, Nieuport 23 fighter or Fairey Battle bomber.

The other side of the Iron Curtain is represented by MiG-23, Mi-24, Jak-11 or MiG-15 and there are many other interesting military and civil airplanes and helicopters displayed in the Great Hall. The visitors could also find there two special sections, one focused on Sabena airline history (with the wonderful Aérospatiale SE 210 Caravelle 6N) and the second one displaying the Renard workshop.

The aviation collection is certainly only a part of the amazing exhibition of the Royal Museum of the Armed Forces and Military History. There is also a stunning Great War section there, World War II or Napoleonic Wars exhibitions and more.

If you´re going to see all the exhibitions there with their details, you´d easily spend two days there in the museum. The collection is so big and interesting that one day would not be enough, for sure. It´s certainly the place worth visiting when in Brussel – even if you´re not a military or aviation fan, the exhibition is so interesting that no one would be disappointed.

The museum is located in the centre of Brussel, in the Parc du Cinquantenaire (“Park of the Fiftieth Anniversary”), European Quarter. The easiest access to the museum is using the underground lines 1 or 5, from either Merode or Schuman station there is a 10-minute walk to the museum. The military museum occupies the northern part of the Cinquantenaire complex (left side, if walking from Schuman underground station). The entrance is located close to the triumphal arch.

There is a 5 € entrance fee to the museum (September 2016) – please note that cash payments are not accepted, only bank/credit card payments. Free entrance every first Wednesday of the month; from 1:00 p.m. Additional services for the visitors include the café and the museum shop located at the exit/entrance hall, with souvenirs and history books.

4th May 2021 Jacek Domański PHOTO OF THE WEEK

Although most of aviation events that were initially planned for the first half of the 2021 season were already cancelled (or turned into online broadcasting), organizers of air shows scheduled for July and beyond are […]

Dassault MD 450 Ouragan, formerly ´UQ´ of the French Air Force (c/n 320), exhibited in the Royal Museum of the Armed Forces and Military History in Brussels, Belgium; September 2016. After the World War II, […]