Two further participants of the 2019 edition of the Aviation Fair in Pardubice were recently released. The first of these is, already present in Pardubice a few times, the Bo 105 helicopter from the Flying Bulls, and the second is the MiG-15UTI jet training aircraft.

Bölkow Bo 105 is a unique helicopter, it is considered for the first in the world light two-engine helicopter manufactured and the first rotorcraft ever to be able to perform aerobatic manoeuvres, including the inverted loop.

The two Bo 105 helicopters owned by the Flying Bulls team were produced in 1974 and were operated by the Police Helicopter Squadron Rheinland – Pfalz until 2002. Then they were bought by a civilian operator for the movie purposed and later in 2005 sold to Red Bull. 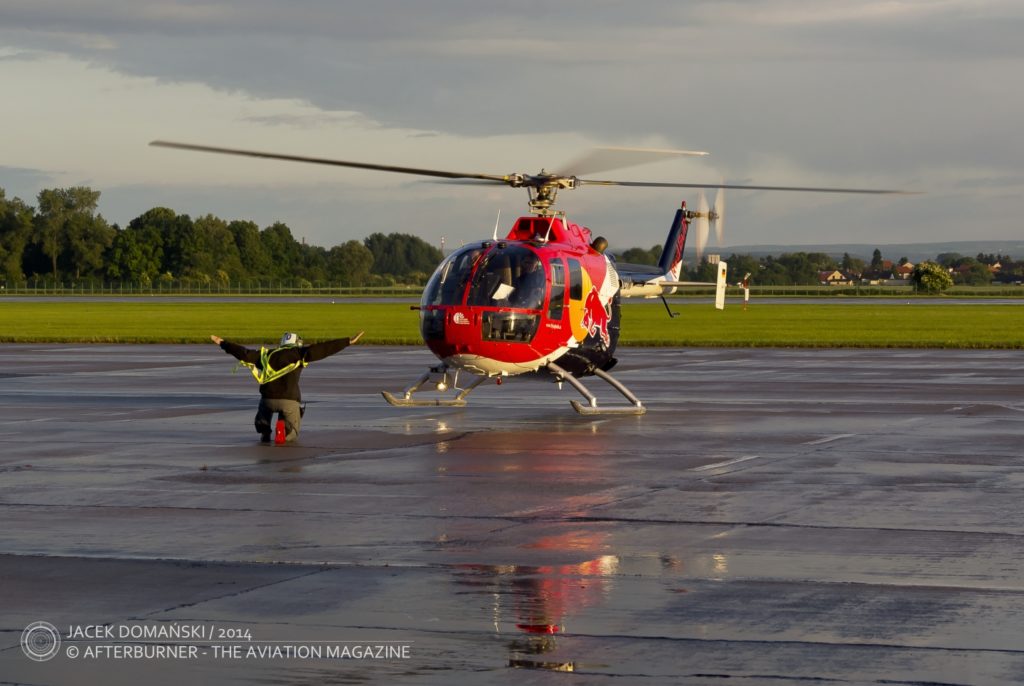 Although being considered not visually attractive (not to say ´ugly´), Bo 105 is widely appreciated for its flying performance, responsive steering and load capacity. More than 4000 helicopters were produced and operated by several air forces, navy, HEMS and SAR services, as well as by multiple civilian operators. In 2017 it was announced, that the Bo 105 fleet had exceeded the accumulated 8 million flying hours. 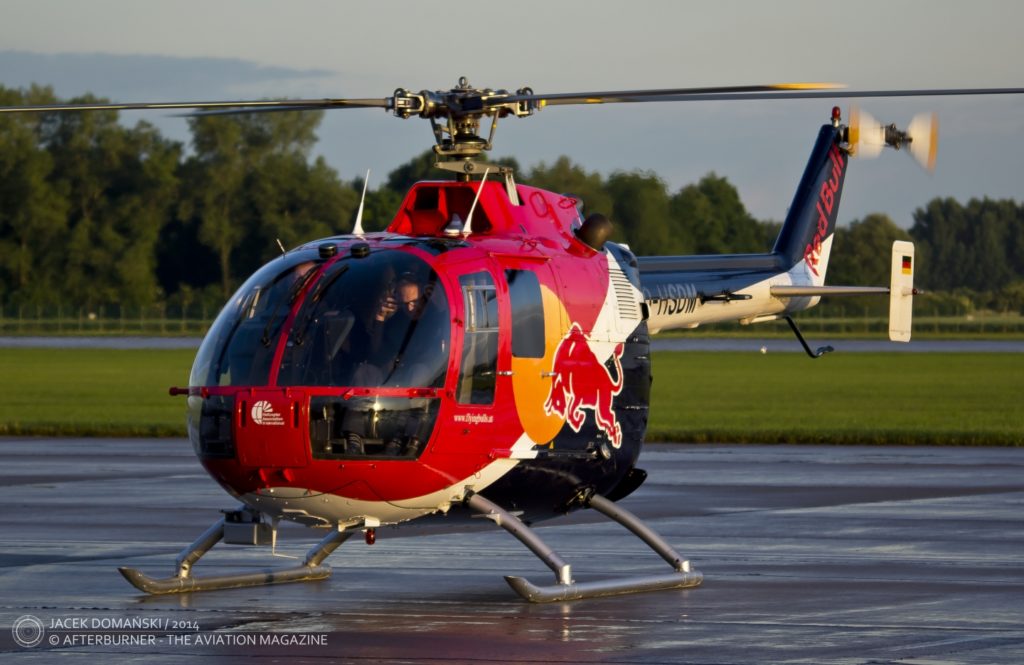 MiG-15 is among those aircraft that not require the extended introduction – the legendary fighter jet from the Korean War, used not only by the Warsaw Pact countries but also by several air forces in the world. It was considered as one of the most-produced aircraft, with more than 18,000 aeroplanes manufactured, and as the winner of the first jet-to-jet dogfight with F-80C in Korea.

MiG-15UTI is the training variant of the jet fighter, with two-seat and dual-control. It was produced in the Soviet Union and, under license, in Poland (SB Lim-1/2), Czechoslovakia (CS-102) and China (JJ-2). And exactly one of the Czechoslovak-manufactured CS-102 owned and operated by the Czech Flying Legends company is currently one of the two active flying MiG-15s in Europe. 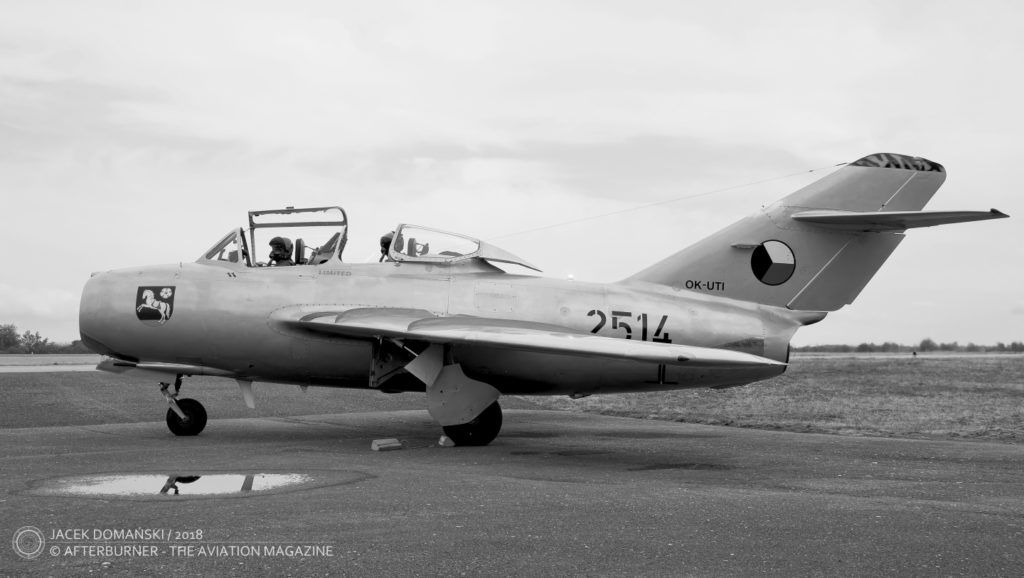 This CS-102 was produced in 1955 by Aero Vodochody and operated by the Polish Air Force until 1990. One of the interesting facts from the years of its service in Poland is, that the first (and so far, last) Polish cosmonaut Mirosław Hermaszewski was among of its pilots. In 1994 the aeroplane was sold to the USA, then in 2013 it was bought by the Czech Flying Legends and returned to Czech Republic. Now it is based in Hradec Králové and painted in the Czech colours with ´2514´ tactical number on its body – originally carried by MiG-15UTI from 30th SBOLP (fighter bomber unit) operating in Hradec Králové air base until 1982.

The 29th edition of the Aviation Fair airshow will take place on 1st and 2nd of June at the Pardubice airport. 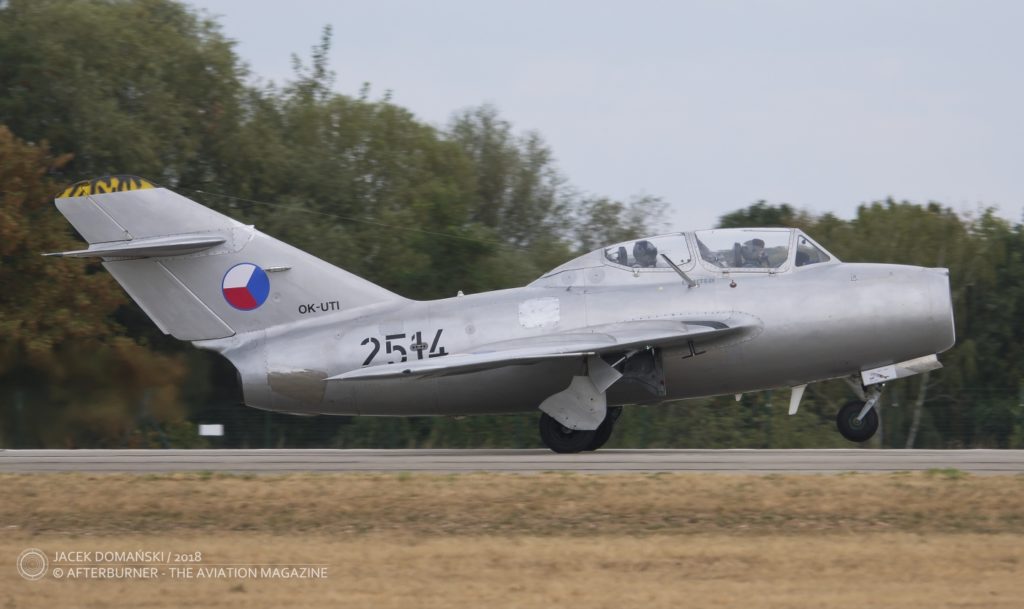