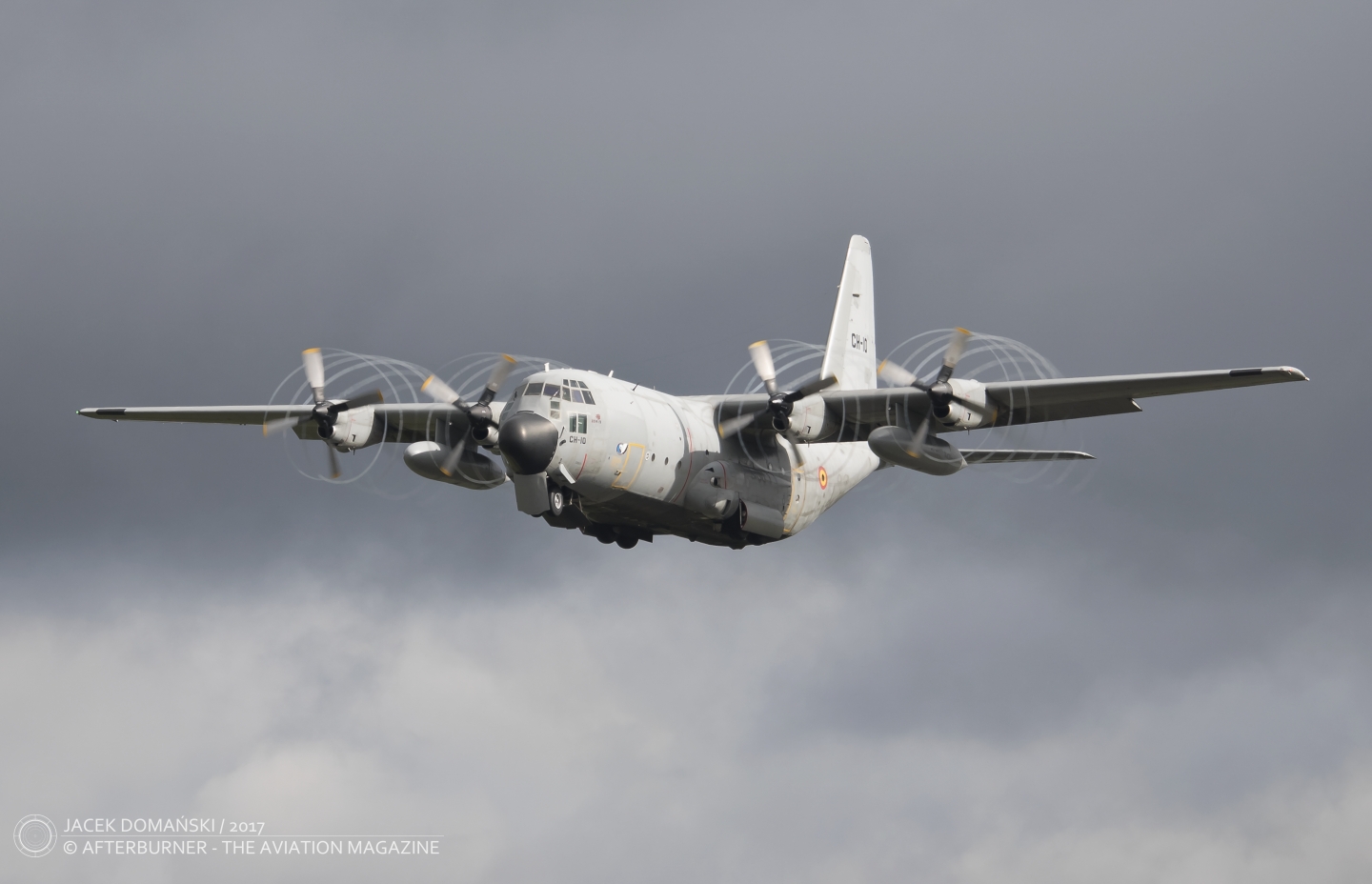 Since its maiden flight on 23rd August 1954, the C-130 Hercules quickly gained the reputation of a versatile and reliable military transport aeroplane. Manufactured in more than 40 variants (including the maritime and civilian version) and operated by more than 60 nations, the C-130 has become archetype of tactical airlifter in the Western countries.

Belgium ordered their twelve C-130s in 1970 and received them in 1972-1973. All aircraft were operated by 20th Squadron of 15th Air Transport Wing, based at Melsbroek airfield and initially were painted in green and brown SEA camouflage scheme. The all-grey livery was implemented in 1990s, when the Belgian C-130s were undergoing the Mid-Life Improvement Programme.

It is no exaggeration to say that during more than 45 years of their service, the Belgian airlifters were heavily exploited. Especially the humanitarian missions and other exotic deployments were the most recognizable ones: Zaire/Congo, Somalian Civil War, Security Assistance Force in Afghanistan, UNIMIX mission in Tajikistan, ETAC for Northern Iraq/Kurdistan-Iraq, ISAF – to mention only a few.

The Belgian Air Component lost two C-130s in accidents. Sadly, the first of them was a tragic one – on 15th July 1996 while landing at Eindhoven the Hercules CH-06 flew into the flock of birds and crashed, killing 37 people from total 41 on board. The second C-130 was lost in 2006, because of hangar fire, fortunately no one was injured. As a replacement for those two C-130, the Belgian Air Component received in 2009 a former USAF C-130E which later was modernized to C-130H standard.

Since 2018, one of Belgian C-130s was deployed to Mali, flying for MINUSMA – United Nations Multidimensional Integrated Stabilization Mission in Mali. Codenamed ´Belgian Tactical Air Detachment´ (BELTAD), this deployment was concluded in May 2019, therefore being the final operational mission of Belgian Air Component C-130 Hercules.

Nothing is forever and the retirement process for Belgian fleet of C-130s began in early 2000s. In 2003 seven Airbus A400M were ordered, as the natural consequence of Belgian involvement in the Future International Military Airlifter project. However, the A400M programme has suffered delays and the delivery date was postponed several times, finally being set for 2020 – 2023.

In the meantime, the first Belgian C-130 was withdrawn from active service in 2017, and the next one followed in 2018 – the above pictured CH-10. In July 2018 this aircraft received an eye-catching livery, commemorating 70 years of 15th Air Transport Wing and 45 years of C-130 Hercules operation by 20th Squadron. Regrettably, this great livery and the aircraft would not be preserved, as CH-10 was already dismantled this year and intended for fire brigade training purposes.

On 4th May 2020, the first Belgian A400M rolled out from the Airbus factory in Seville and officially became the part of Belgian Air Component inventory the very next day, carrying the CT-02 tactical number – as CT-01 was already given to A400M of Luxembourg Armed Forces. The Grand Duchy of Luxembourg ordered one Atlas airlifter together with Belgium and it would be jointly operated, based on the bilateral agreement between Luxembourg and Belgium. As a result, Airbus A400M CT-01 became the first military aircraft of Luxembourg Armed Forces since 1953.