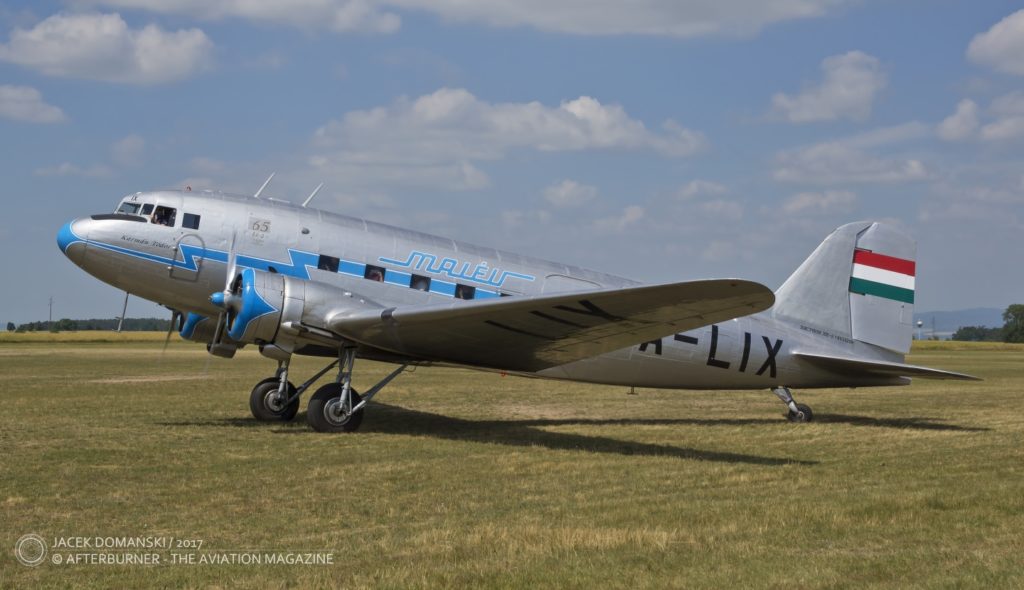 Memorial Air Show is one of the oldest air show events in Czech Republic, organized every second year since 1991. The event takes place at the airfield in Roudnice nad Labem and is run by the local aeroclub. The already 14th edition of the show was held on 24th and 25th June 2017.

The main idea behind this event, from its beginning, was to popularize the so-called ´Western aviation´, especially related to the World War II and the post-war era. That part of the aviation history, the knowledge about was not only merely limited during the socialism years but often also frowned upon. For this reason, the Memorial Air Show is still widely known as the warbird-airshow, although currently the varied displays are shown during the air show weekend.

The hallmark of the event is the airfield, located near the Řip Hill, the mountain shrouded in legends. Roudnice has no concrete runway, just the grass airstrip which sometimes creates the interesting background for the historical aircraft. Another characteristic is that the concept of the event is widely open for the public, attracting not only the aviation fans but also the whole families, offering them an interesting day to be spent at the airfield.

The show has already a few frequent participants that could be seen there, edition by edition, among them P-51 Mustang, Lisunov Li-2 or B-25 Mitchell must be mentioned. The traditional partner of the event is the Czech Air Force, even if for the modern aeroplanes the grass runway in Roudnice is limiting the possibility to participate in the static display.

And indeed, the warbirds and historical aircraft were with no surprise the highlights of the 14th Memorial Air Show. In addition to the already mentioned aeroplanes, the air show spectators could see the flying displays of several other veteran military aircraft as Yak/C-11, Harvard Mk. IIB, T-28B Trojan, Yak-9, OV-10B Bronco and L-29 Delfin were.

The Czech Air Force participated with the initial flypast of JAS-39 Gripen jet fighters and the flying displays of L-159 ALCA, CASA C-295M and Mi-24/35 helicopter.

One of the most eagerly awaited displays during any air show are the aerobatic displays and the visitors to Roudnice airfield were able to see the exceptional aerobatic performance of the Flying Bulls Aerobatic Team and Martin Šonka solo display. An attractive wing-walking display was performed by the 46 Aviation´s Wingwalking Show – wing-walker Danielle Del Buono and her husband Emiliano, flying the 1943 Boeing Stearman.

When speaking about the training biplanes, Bücker Bü 131 Jungmann must be also mentioned, both team display of three Jungmanns and the solo flights were presented during the flying display programme.

The glider display is the usual contributor of the Memorial Air Show but this year, apart from the traditional glider aerobatic show, the spectators could see the uncommon performance of the parachute jump from the Blaník glider. It was a marvellous view, to see successful jump and then the parachutist and the glider circling around him, especially that due to the weather conditions it was really a difficult display.

The previously mentioned Lisunov Li-2T (1949 manufactured HA-LIX ´Kármán Tódor´, the sole airworthy Li–2 in the world) was one of the representatives of cargo/passenger aeroplanes participating in the air show. The other ones were Dornier Do 28 and ATR 72-500 (CSA Czech Airlines) that also performed flying displays over Roudnice airfield. Both Li-2 and Do 28 were also available for the short sightseeing flights for the public, and it goes without saying that the interest exceeded the initial expectations.

All those aircraft do not reflect the exhaustive list of the participants of the 14th Memorial Air Show, which was the great event for both the aviation enthusiasts and the wide public. Despite the sunny tropical weather, with the temperature reaching 30⁰ C, the spectators vigorously responded the air show programme displays.

There were two main cancellations of the previously announced displays – PBY Catalina did not arrived to Roudnice due to the technical problem with the landing gear, and additionally the Yak-9 display had to be cancelled for the same reason (the aeroplane took off, but then the landing gear did not move up). Fortunately, the programme was reach enough and those cancellations, not unusual for the historical aircraft, had not affected the show significantly.

The 15th edition of the Memorial Air Show is planned for June 2019, as usual it would be organized in Roudnice nad Labem, by the local aeroclub.