The current circumstances related to the coronavirus outbreak touched almost all countries and triggered the cancellations of many air shows this year. However, the organizers of events scheduled for the second part of the 2020 season are still looking ahead with optimism, hoping the pandemic would be over soon and the shows in September and October go on as planned.

One of such examples is Sanicole International Airshow, held annually in September at Leopoldsburg/Beverlo airfield, in Limburg province, Belgium. This year, the Sanicole aviation weekend is scheduled for the second week of September, with Sanicole Sunset Airshow to be organized on Friday, 11th; Sanicole International Airshow on Sunday, 13th; and a spotter day at the nearby air force base Kleine-Brogel, to be held on Saturday, 12th September.

The organizers already announced the first participants of the weekend´s main event – Sanicole International Airshow. Similarly as in 2019, the list of participants was arranged after the online survey made among the regular Sanicole air show visitors. 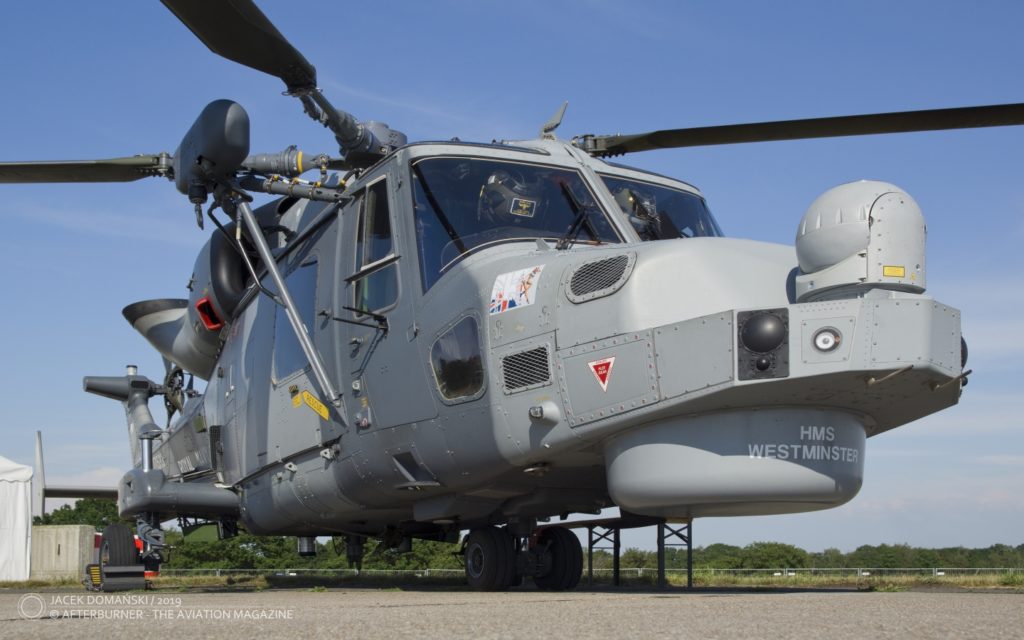 Rotorcrafts always were strongly represented at this most-famous Belgian aviation event, but it seems that 2020 edition would raise the bar even higher.

The Royal Navy will return to Belgium after their successful participation in 41st edition of Sanicole International Airshow. The Black Cats display team flying AgustaWestland AW159 Wildcat HMA.2 was received enthusiastically by the spectators at Sanicole airfield, so it is not a surprise that the Royal Navy team is coming there again this year.

A combined Combat Search and Rescue mission (CSAR) will be presented by the Czech Air Force, flying the current variants of two Cold War iconic helicopters – Mi-35 (Mi-24V) and Mi-171Sh. This could be one of the last opportunities to see this Czech display team abroad, as the Czech Republic is currently planning to replace the Russian helicopters with AH-1Z Viper and UH-1Y Venom (certainly, if there would be no budget cuts caused by the COVID-19 pandemic). 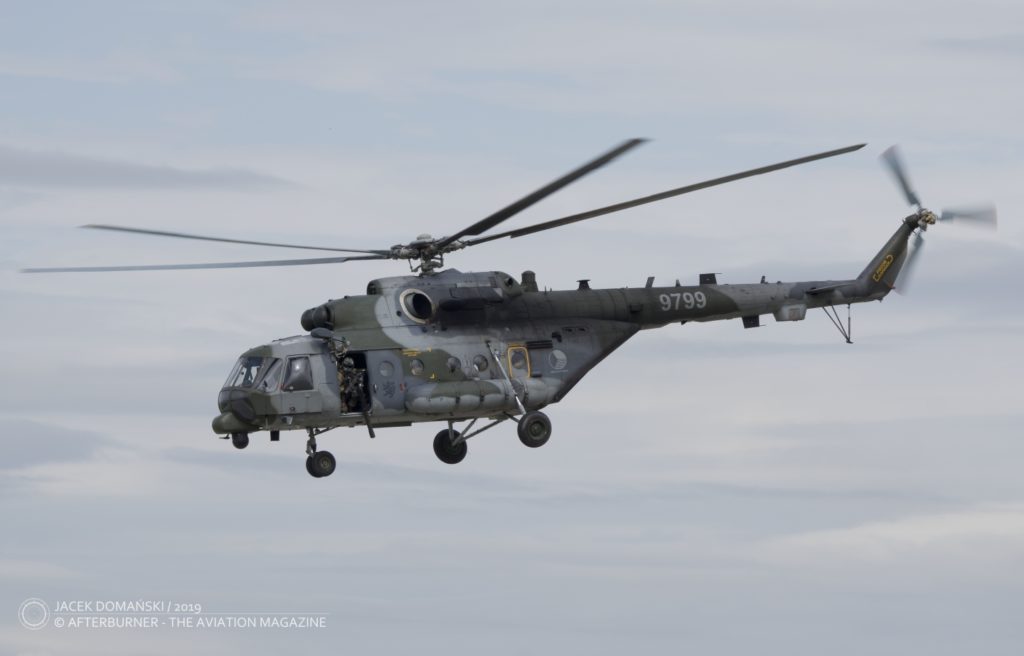 Czech team would also include a Polish-build PZL W-3 Sokół multipurpose helicopter, performing its usual SAR display. Although usually participating in many Czech air shows, W-3 Sokół with its display is also a rare view in the Western countries.

Visitors to Sanicole 2020 would be also able to see the famous ´flying tank´ up close. A rare contributor to the European air shows, the Hungarian Air Force, announced two recently modernized Mi-24P rotorcraft to take part in Sanicole International Airshow. One of the HunAF helicopters will be available on the static exhibition, and another surprise is that the second rotorcraft will perform the flying display. 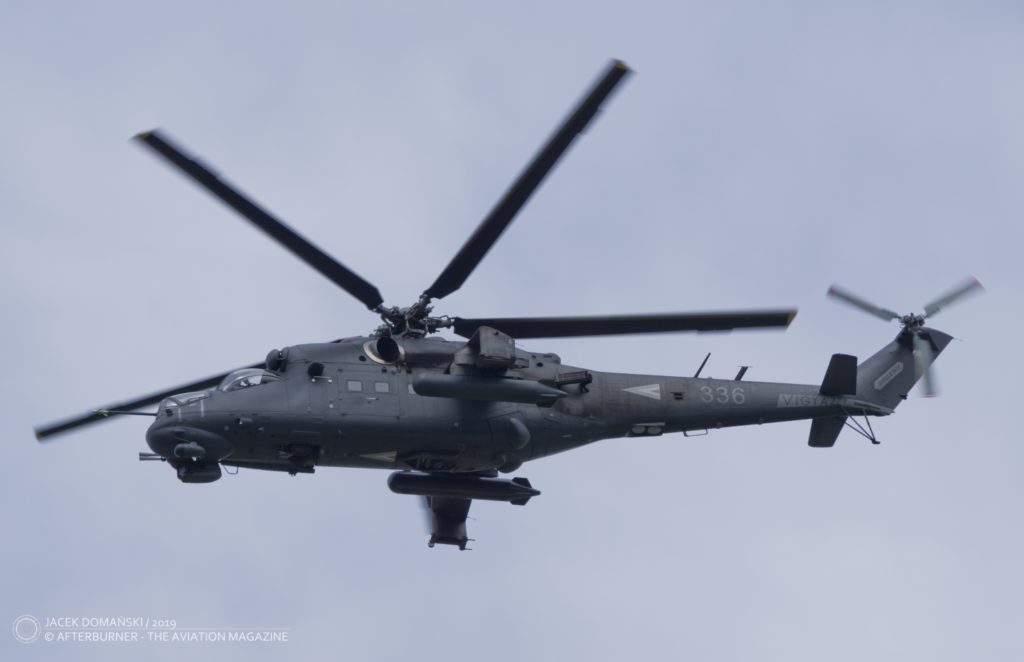 In 2019, the visitors to Leopoldsburg airfield could enjoy a German NH90 TTH helicopter being a part of the static display of both Sanicole Sunset and Sanicole International. This year another German rotorcraft will appear at Sanicole but performing the flying display – EC-135 is a well-known participant of domestic aviation events, and this would be a great opportunity to see its elegant display at Sanicole.

Those who enjoy the flying performance and the beautiful shape of NH90 will not be disappointed, as the newest European utility helicopter is also included on the Sanicole participant list. In addition, it would be another rare display, as performed by the French Army. 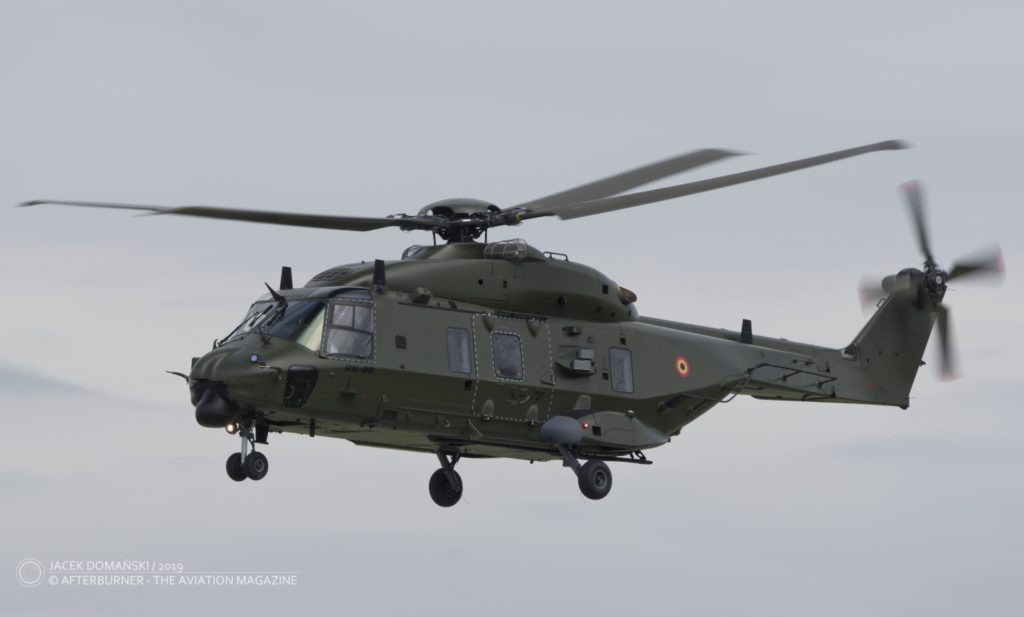 And last, but certainly not least, the home rotorcraft team must be mentioned. The Belgian Aviaton Component will show another NH90 at the static display, supported by the usual, and spectacular, dynamic show performed by the A109 Display Team. 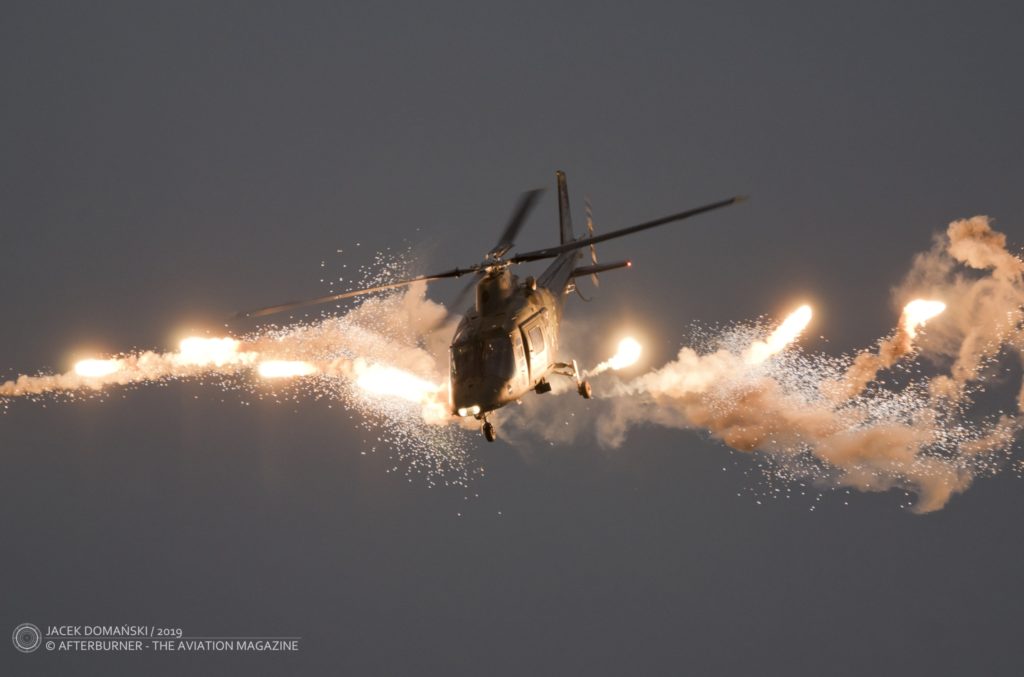 Apart from the varied and rich programme of helicopter performances, visitors to 2020 edition of Sanicole International Airshow can also enjoy several jet fighter displays. The first of them was already announced, and – after a marvellous participation in 2017 – the Finnish Air Force is returning to Sanicole again, with the dynamic display of F/A-18 Hornet.

There is nothing else now than to hope that the COVID-19 pandemic would be over soon, the restrictive measures would be lifted, and, as before, we would be able to enjoy the aviation events in the second part of the season.

Our reports from the past editions of Sanicole air show could be found here:

IMPORTANT UPDATE: on Thursday, 2nd April 2020, it was announced that the 9th Sanicole Sunset Airshow and 42nd Sanicole International Airshow would not be organized in 2020. Both events are postponed for 2021, 10th and 12th September, respectively. The full announcement by Geoffrey Buekenberghs, the Airshow Director, is available here.