The beginning of this year for Russian aviation was marked by intensive trainings on air-to-air refuelling procedures. Both the Russian naval aviation and tactical units from the Aerospace Forces performed several scheduled day- and night-refuelling practices.

In the second part of February, the crews of Su-30SM multipurpose fighters and Su-24M bomber aircraft from the Baltic Fleet Air Force (Военно-воздушные силы Балтийского флота) were training the aerial refuelling procedures over Kaliningrad Oblast, the Russian exclave on the Baltic Sea. An Ilyushin Il-78 tanker aircraft was provided by the Central Military District.

The exercise included both day- and night-refuelling, the procedure was carried out in pairs and also by single aircraft. In the particular training mission there were more than ten aeroplanes involved. Totally, more than 50 refuelling events were performed. 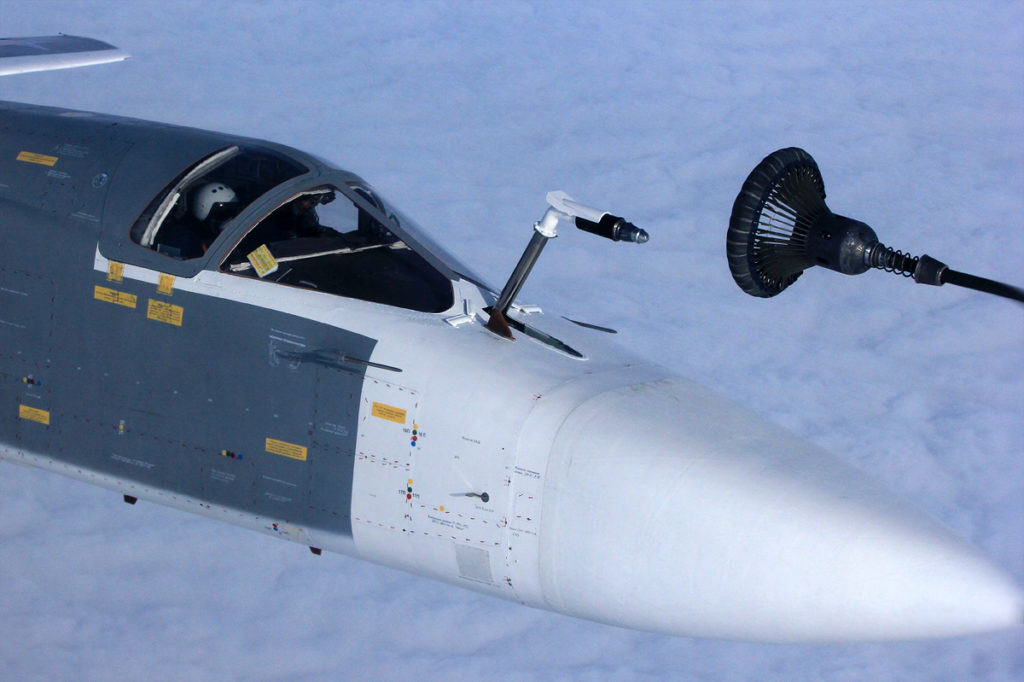 At the beginning of the month, another day- and night-refuelling exercise was organized at Lipetsk air base, this time for the tactical aviation units. The flight crews of Su-35 and Su-30SM fighters, Su-34 fighter-bombers and Su-24M bombers performed several training missions, during which the fuel was transferred from Il-78 air tanker. All procedures were performed in pairs, at the altitude between 5,000 and 6,000 kilometres, and at a speed about 600 kph.

Air-to-air refuelling is one of the most important features significantly increasing the operational capability of any combat aircraft. At the same time, it is considered as one of the most difficult aerial operations, requiring the right skills and repeated training.

In Russian Aerospace Forces only the 1st and 2nd class pilots, with the total flight time of more than 400 hours, are allowed to perform the aerial refuelling procedure. During the initial training, an apprentice pilot practices his first 8 to 10 connections with the air tanker under the strict supervision of his instructor. As the next step, he must perform another 3 or 4 connections by himself.

On board of the aerial tanker Il-78

The refuelling procedure is usually done at an altitude between 2,000 and 5,000 metres, and with the speed of 500 – 600 kph. Pilots must approach the air tanker as close as the distance of 10-15 metres, make a contact with the refuelling cone and then keep their place in the tight formation with the tanker until fully refuelled.

Taking-off for the refuelling mission, an Ilyushin Il-78 air tanker usually fully uses its capabilities, going into the air with the maximum take-off weight of approximately 200 tonnes. On the average, no less than 10 tonnes of fuel is transferred to receiver aircraft during the single contact.

On 28th January 2018, the new, modernized variant of Il-78M-90A air tanker, performed its maiden flight. The new aircraft doesn´t have a stern cabin for the refuelling operator and the D-30KP engines were replaced by more powerful PS-90A-76 units – the new engines have an increased take-off thrust and lower fuel consumption, increasing both the range of the new tanker and the load capacity. Il-78M-90A can be also easily converted into the military cargo aircraft. 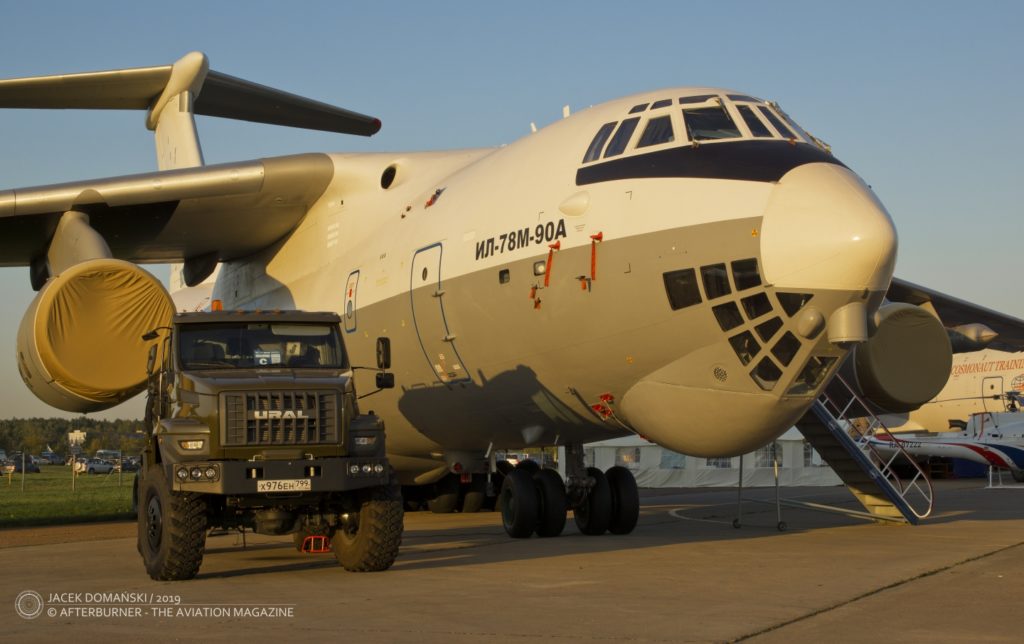 The new Russian tanker is manufactured by Aviastar-SP (Авиастар-СП) aviation plant in Ulyanovsk and was, for the first time, presented to the general public at XIV International Aviation and Space Salon MAKS-2019.

The ability of in-flight refuelling significantly expands the range of combat aircraft, allowing them to operate in areas located at a great distance from their home airfield. Another important ability, received through the air-to-air refuelling, is the possibility to relocate the aircraft to distant air bases in a non-stop flight.

For the air force pilots, practicing the aerial refuelling procedures on a regular basis – at least twice a  year – is a necessary condition to maintain this specialized skill. 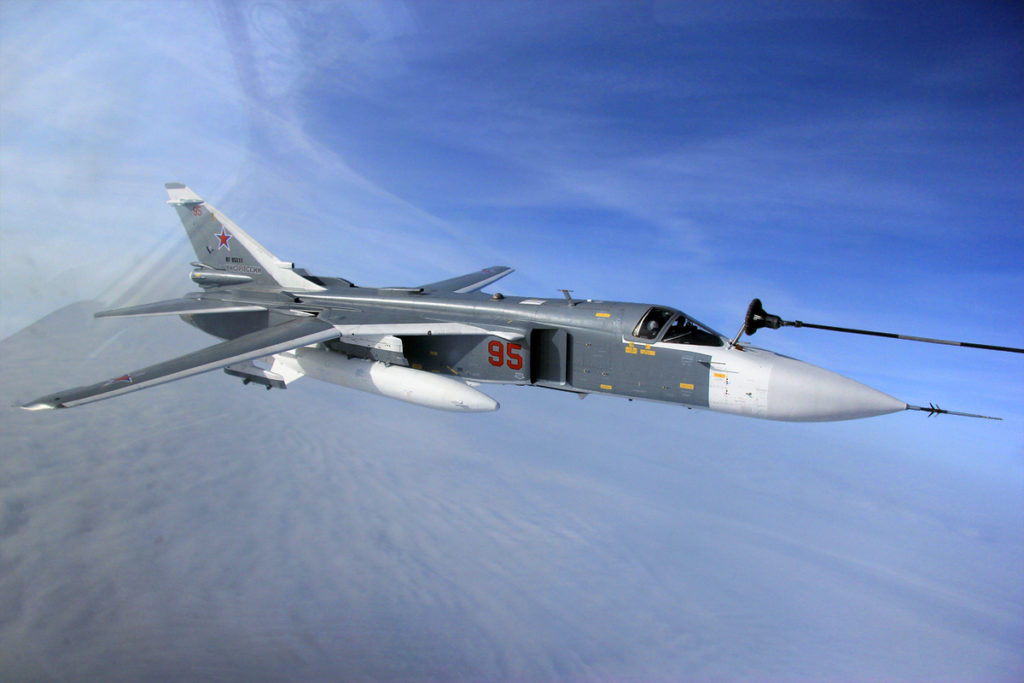