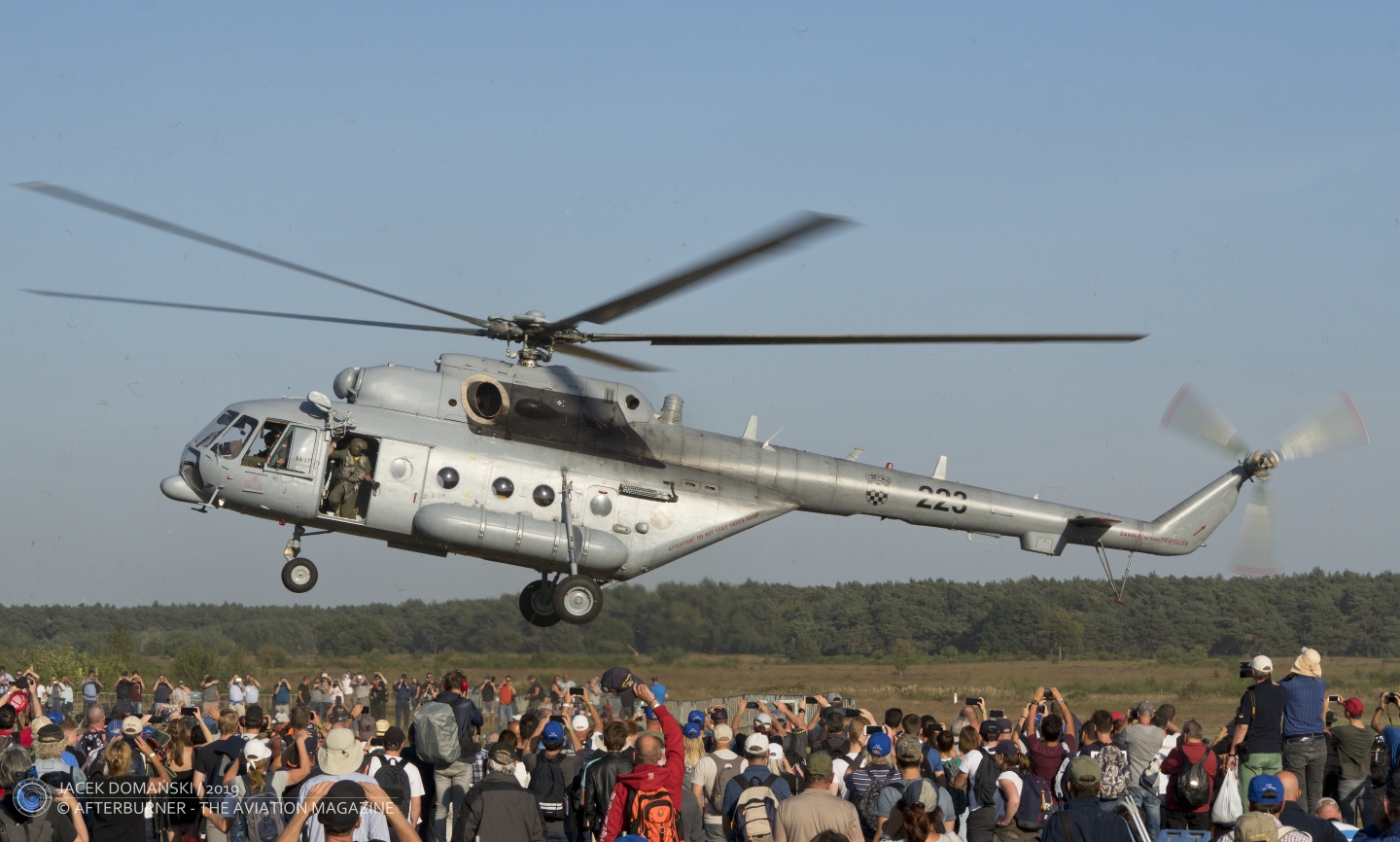 Mi-171 helicopter was supporting the Croatian Air Force aerobatic team Krila Oluje (the Wings of Storm), participating in the Sanicole air show and could be seen at the static display during the Kleine-Brogel spotter day on Saturday and the Sanicole airfield on Saturday. Those, who did not leave the air show ground with the end of the last flying display, could enjoy the Mi-171 pre-flight preparation and take-off to Kleine-Brogel, directly from the spot the Croatian helicopter was exhibited during the static display.

Ten new Mi-171Sh helicopters were acquired by the Croatian Air Force (Hrvatsko ratno zrakoplovstvo) in 2007-2008, following the agreements regarding the repayment of the Soviet debt to former Yugoslavia. The helicopters were delivered in the variant similar to the Czech Air Force Mi-171Sh – with the large rear cargo ramp, larger side doors, flare dispensers, additional armour around the cockpit and cargo compartment, night vision device equipment and door gunner posts. The value of this contract was approximately 65 million USD.

Currently, Croatia is trying to renew its helicopter fleet – the Mi-24V attack helicopters were already replaced in 2016 by 16 Bell OH-58D Kiowa Warrior rotorcrafts. The new aircraft were donated by the USA, part of the Excess Defense Articles partner programme (together with MRAP and M-ATV vehicles). In 2020 the delivery of two UH-60M helicopters, also donated by the US government, is expected.

The Croatian MOD was previously planning to replace all Mi-8/Mi-17 helicopters until 2025, and Black Hawk was the preferred successor. However, the negotiations with the USA are still ongoing – Croatia would like to receive the multirole rotorcraft through the EDA programme again, the problem is that the EDA offer is limited to the surplus equipment, and this meant UH-60A early variant, with some upgrades.

Nonetheless, it seems that Mi-171Sh would be the only exception in the new, planned to be all-western-made, inventory of the Croatian Air Force. After the currently undergoing 10-year overhaul, the rotorcrafts made by Ulan-Ude aviation plant are expected to stay in the operational service until 2030.