During the International Military-Technical Forum ´Army-2020´ held between 23rd and 29th August in Kubinka, the Russian Helicopters holding company presented the new, made entirely from composites, rotor blades intended for combat helicopters.

The blades were designed to increase the maximum speed of Mi-28 and Mi-35 combat helicopters. Their main characteristic include the improved aerodynamics and elastic composition, the blades are manufactured using the one-stage compression moulding technology. The new blades were already tested as part of the flying laboratory of a new, high-speed helicopter concept. 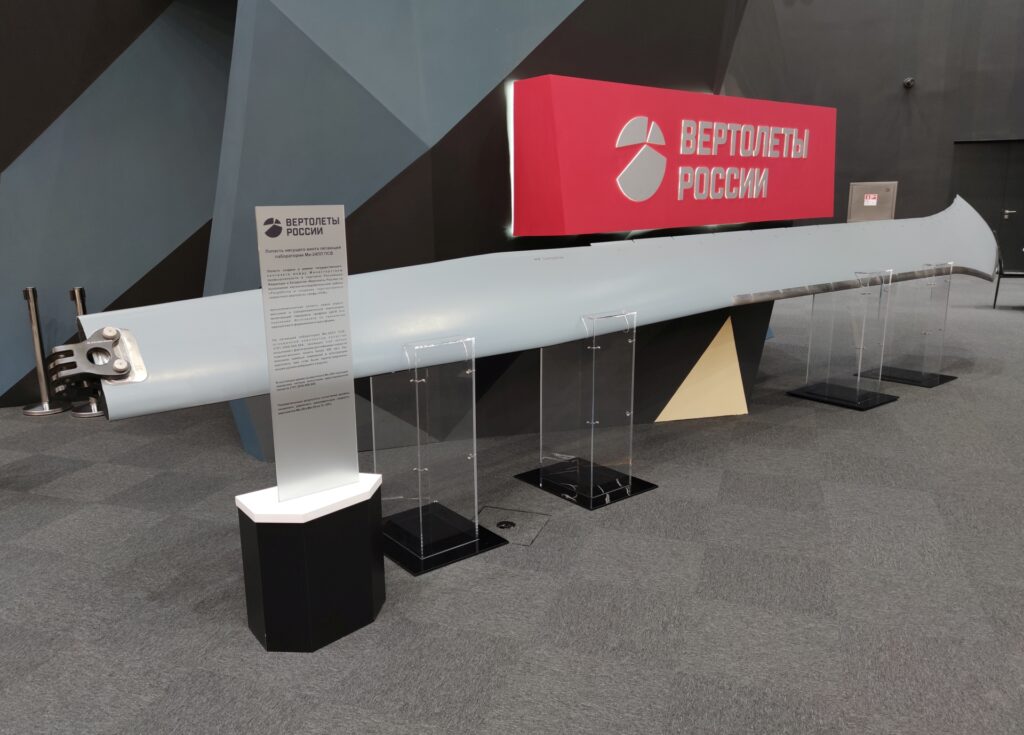 ´During the test flights, the flying laboratory based on Mi-24 helicopter was equipped with a set of new blades and reached the maximum speed exceeding 400 kph, without the need to perform any changes in the basic helicopter design. At the same time we managed to achieve low vibration and load level and this speaks about the high potential of the design´, noted the Director General of Russian Helicopters, Andrey Boginsky. 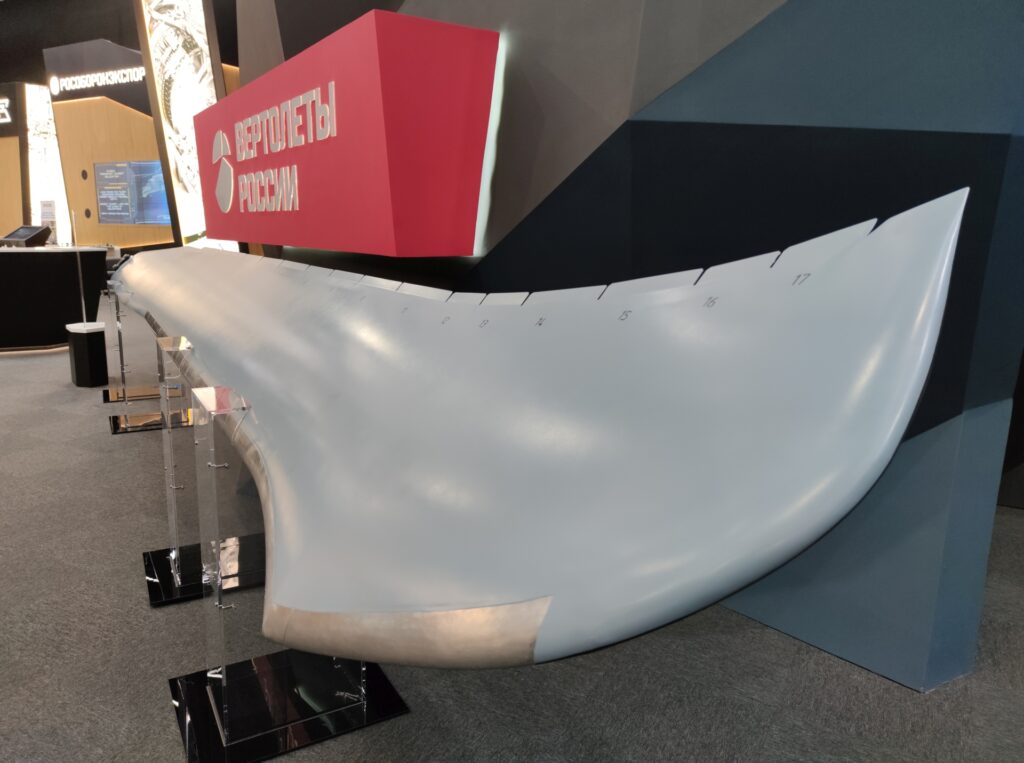