The information was released after the meeting of the association board on 23rd April. Due to lack of funds needed to restore the Super Constellation after the technical problems occurred in 2017 and 2018, this is not possible to make the ´Connie´ flying again. The Super Constellation Flyers association will be disbanded and in a few months the decision about the future of the ´Star of the Switzerland´ would be made. 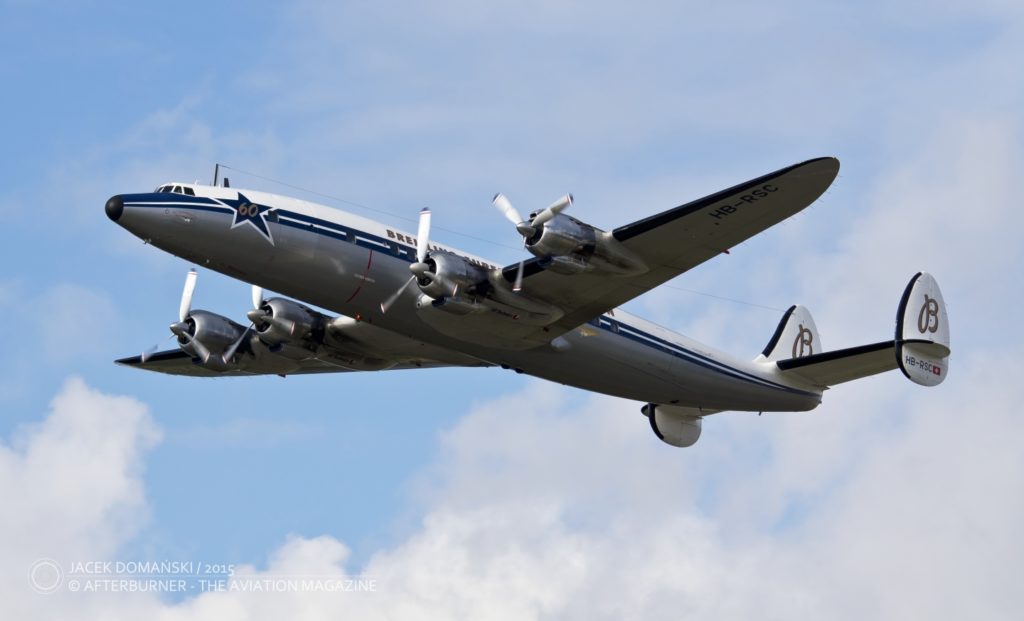 ´Star of Switzerland´ flying over the Kleine-Brogel AFB, Belgium, 2015

During the 2017 season, a few days before the planned participation in the Aviation Fair airshow in Pardubice, the Super Constellation had a serious issue with the brakes and the landing gear. As a result, in June 2017 it was grounded and all planned events for 2017 season cancelled. The reason was that all wheels, tires and brakes needed replacement and additionally the landing gear, hydraulic and electric motors had to be inspected carefully, including some repairs and replacements. At first it seemed to be done in a few months, unfortunately another problem with the wing flap rods occurred and they also needed replacement – those spare part had to be produced and then certified for use, which made the repair a long a complicated process. 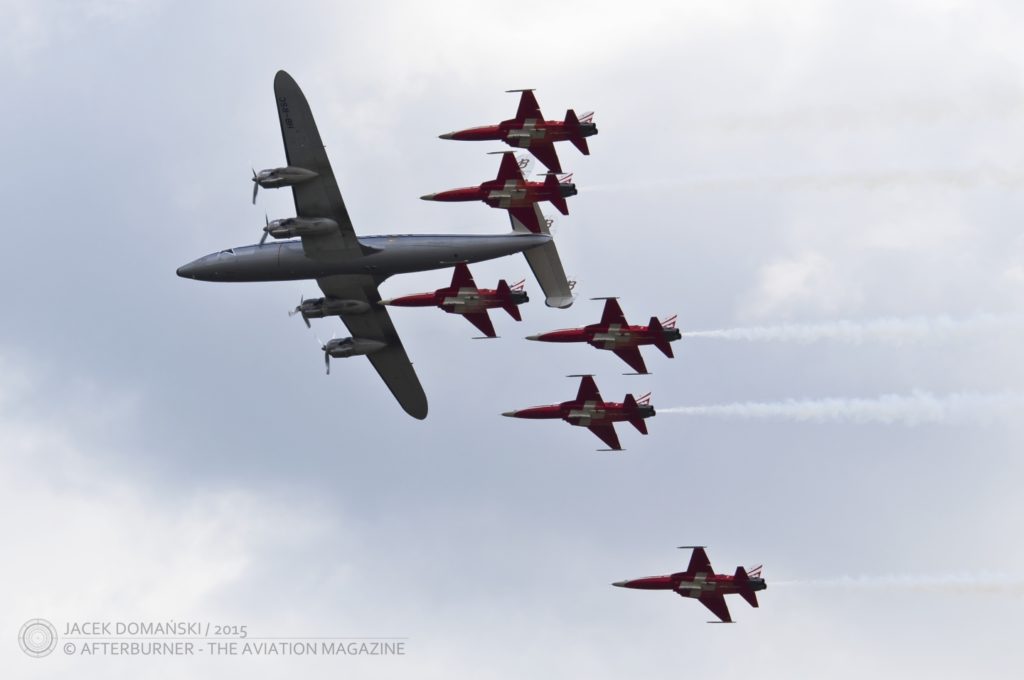 However, in November 2018, chipping was discovered on the leading-edge wing spar and this meant another serious problem for ´Connie´. Removing and restructuring of the both wings was inevitable, as this was the condition for making the HB-RSC fly again.

The estimated cost of restoring the ´Star of Switzerland´ was as much as 20 million CHF and, despite the job made and all the efforts of the Super Constellation Flyers association, it was impossible to raise the required amount. Additionally, Breitling – the main sponsor of the association – has recently decided to stop sponsoring most of their usual aviation activities. As a result, the board of members of the association voted for ceasing the activity and disband the association.

The association really did everything they could to save ´Connie´, asking for the funds at all possible and impossible places, including Lockheed Martin corporation (currently trying to sell a F-35 fighter for Swiss Air Force) and John Travolta. Unfortunately, this was impossible to gather the previously mentioned amount.

However expected, this is still a sad news for the Swiss aviation enthusiasts and for all aviation fans all over the Europe. Especially, that another flying veteran, former ´Breitling DC-3´ HB-IRJ was sold to Turkey in March 2019. The new owner, M.S.Ö. Air & Space Museum is planning to keep the aircraft airworthy and, during the upcoming season, participate in several airshows within the country. 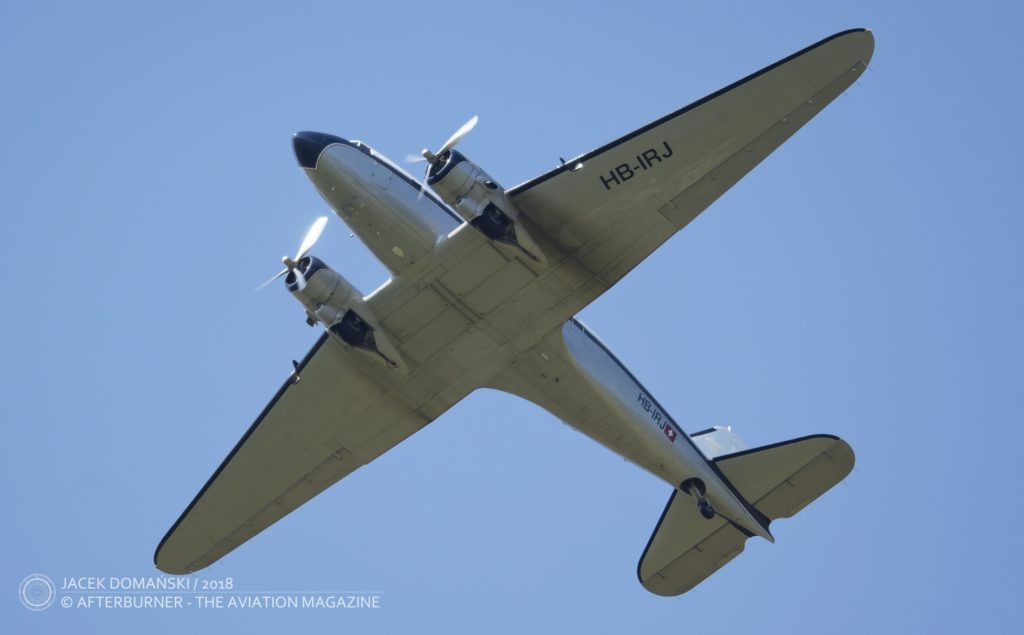 Additionally, it was recently announced that three Swiss Ju 52s need the complete overhaul, several spare parts would be replaced, and the complete revision made. This process will take at least two years, so the Swiss Ju 52s are expected to fly again in 2021.

In the relation to this information it should be also mentioned that, due to the financial reasons, Lufthansa airline announced in January 2019 the termination of the passenger flights of their 83-year-old Ju 52 D-AQUI, operated by Deutsche Lufthansa Berlin Stiftung and the future of D-AQUI is now subject of the discussion within the company. Back in 2018, Lufthansa finally abandoned the restoration of Lockheed L-1649 Starliner, the project the company started in 2007. Regrettably, also in this situation, the restoration process exceeded the previously allocated budget.