On 5th August 2019, the eyes of the aviation world, were focused on the Goodwood Aerodrome in Chichester, the United Kingdom. Just then, from that very airfield, a restored and properly modified for the task, shiny bare-metal style Spitfire Mk.IX (MJ271, G-IRTY) manufactured in 1943, took-off for its record breaking flight around the world, within the ‘Silver Spitfire – The Longest Flight’ expedition project. 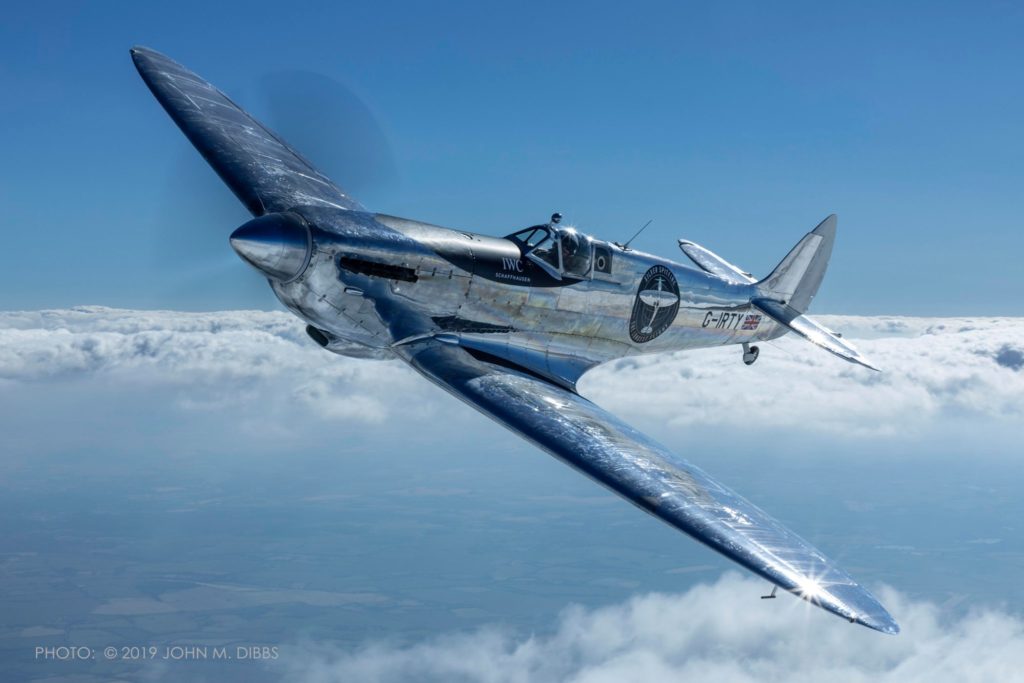 The pilots behind that unique project, who – taking turns, performed the record breaking, circumnavigational flight with the Spitfire, are Steve Brooks and Matt Jones, the founders of the Boultbee Flying Academy. Their academy is the first and the only Spitfire flying school in the world, providing flight training and flight experience on two-seat variants of Spitfires. During the around-the-world flight, the Silver Spitfire was accompanied by Pilatus PC-12 support aircraft, carrying the expedition’s operational team, including aircraft technician Gerallt Jones – on a daily basis – a Chief Engineer at Boultbee Flight Academy; film producer, director and cinematographer Benjamin Uttley; aviation photographer John Dibbs and French aviation illustrator Romain Hugault, who documented the flight. The support aeroplane was flown by Ian Smith, who also is a Spitfire and Hurricane pilot. And last, but not least, Lachlan Monroe, the project director, must be mentioned here as one of those, who made the whole thing possible.

The record-breaking longest flight with Spitfire, wasn´t the only idea behind the ‘Silver Spitfire – The Longest Flight Expedition’ project. As the Spitfire is often considered one of the World War II icons, showing the Allied war effort and bringing the freedom, the Silver Spitfire visited most of the countries, where Spitfire squadrons were operating. The flight was a kind of commemoration of all the people somehow related to the aeroplane’s war service. And the third goal of the expedition was to inspire the young and future generations, by sharing them the joy and the beauty of Supermarine Spitfire fighter. 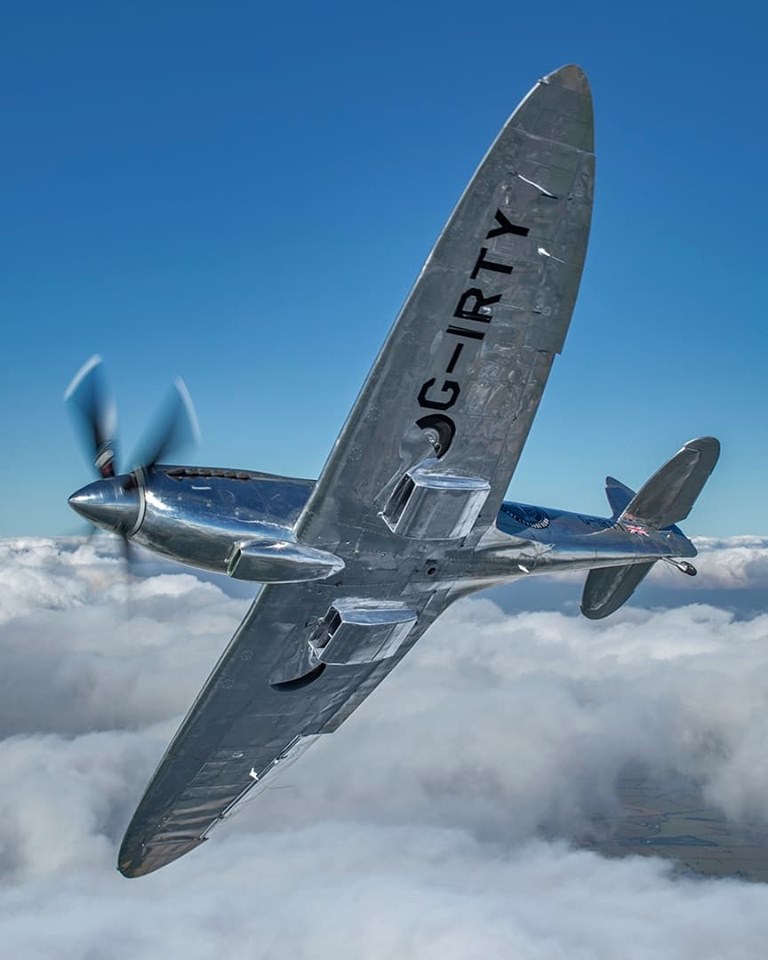 On 5th December 2019, after a four-month journey, the Silver Spitfire, in assistance of two Bae Hawks from the RAF Red Arrows Aerobatic Team, safely returned to Goodwood Aerodrome, the home of the Boultbee Flight Academy. Steve Brooks, Matt Jones and other members of the crew were welcomed there by the authorities, aviation enthusiasts and media. Just like the departure in August, the arrival of Silver Spitfire was live-broadcasted.

Thanks to the ‘Silver Spitfire – The Longest Flight Expedition’ project and the people who made it possible, the legendary Supermarine Spitfire aircraft once again made the history books. Although, this time not only as the iconic World War II fighter, but also as one of the very few aeroplanes that successfully performed the flight around the world – and the very first Spitfire that circumnavigated the globe.