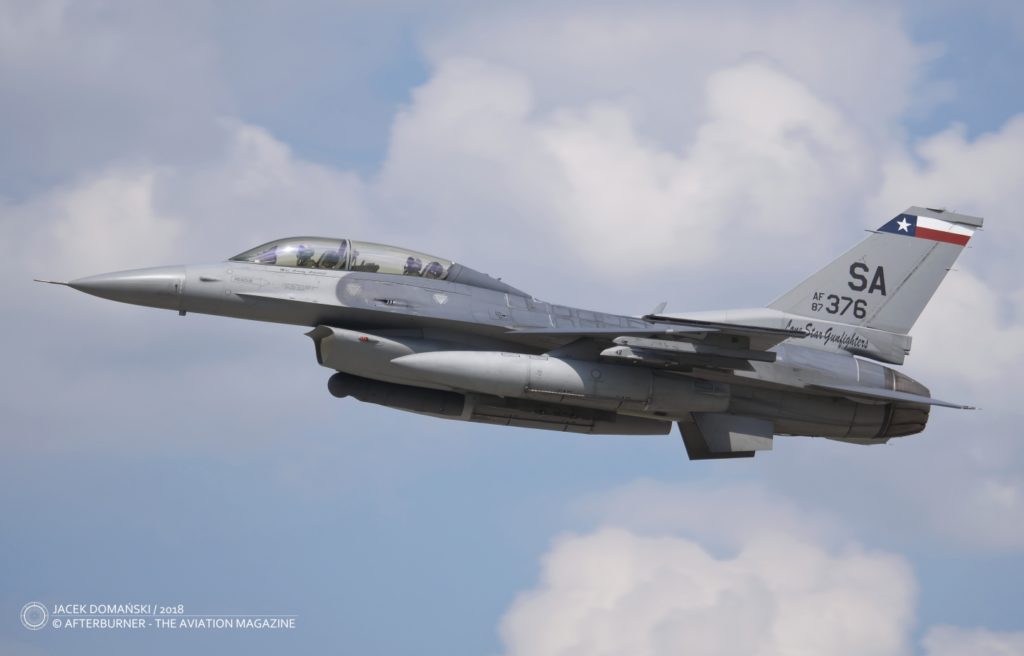 A quarter century ago the United States Air National Guard (ANG) began the cooperation and joint trainings with the Czech Air Force. The initial goal of this partnership was to train the Czech military personnel on their way to NATO and make them familiar with the alliance standards. The Czech Republic became the NATO member in 1999 but this didn´t mean the end of that cooperation – on the contrary, the US assistance was not only continued but also, in many cases, even extended.

According to the official press release of the Czech Air Force, nowadays the partnership between the ANG and Czech Air Force includes joint exercises in the Czech Republic or Texas, as well as the exchange of tactics, techniques and procedures in the areas of command and control, cyber defence, destruction of explosive devices or protection against weapons of mass destruction.

The 25th anniversary of the cooperation was marked by the joint Czech-American live-fly exercise, code-named Sky Avenger 2018. The training is taking place at 21st Air Force Base in Čáslav, Czech Republic, between 18th and 29th June 2018. The director of the Sky Avenger exercise is Colonel Jaroslav Míka, Czech Air Force.

The American deployment to Čáslav includes approximately 100 airmen from ANG, six F-16 Fighting Falcon aircraft from the 149th Fighter Wing, located at Kelly Field Annex, Joint Base San Antonio, Texas and one KC-135 Stratotanker from the 155th Air Refuelling Wing at Lincoln ANG Base, Nebraska that would be based in Pardubice. The logistics support was provided by few C-130H Hercules aircraft from Montana ANG.

Additionally, as the part of the exercise, the Boeing C-17A Globemaster III (62nd Airlift Wing, 446th AW AFRC at McChord air base) was deployed to the Czech Republic. The Globemaster visited the 22nd air base in Náměšť, where the base personnel could practice the loading of Mi-171Sh helicopter into the C-17 cargo compartment.

The live-fly exercise offers the variety of the training possibilities, including the COMAO missions that are performed in the mornings and the second training block in the afternoon, focused on the close air support and the air combat practice. ´In addition to air-to-air drills and cooperation with Joint Tactical Attack Controllers (JTACs) we will fly missions in complex scenarios and integrate the tankers in Composite Air Operations (COMAOs)´, says the Major Tomáš Merta, the Czech Deputy Exercise Director.

During the first week of the Sky Avenger exercise, on Wednesday 20th June, the spotter day was organized and approximately 250 spotters from many countries were able to follow the take-offs and landings for the morning and afternoon training missions. There was also a pleasant surprise provided by the spotter day organizers – not only the KC-135 Stratotanker but also the Czech government Airbus A-319 Corporate Jetliner visited the airfield and performed the touch-and-go and fly-past over the Čáslav runway.

This was the second official spotter day organized at 21st air base in Čáslav (the first event took place in 2015, during the Lion Effort exercise). It was perfectly organized, with all the necessary information provided, great spot for taking the photographs located close to the runway and back to the sun. The usual spotter-pack included also some base-related souvenirs and the official patch of the Sky Avenger exercise. Let´s hope this means that more spotter days would be organized at Čáslav in the future, which certainly would be more than welcomed by the aviation-fan community.

It is worth noticing that among the Vipers deployed to Čáslav not only the Texas ANG F-16s could be spotted. One of the ANG fighters is flying in Alabama ANG markings – the aircraft is named ´City of Opelika´ and coming from Alabama ANG 100th Fighter Squadron (187th Fighter Wing). The 100th FS was established during the World War II as a one of the famous Tuskegee Airmen squadrons. Currently the 100th FS is one of the ANG squadrons selected for equipping with the Lockheed Martin F-35 Lightning II fighter, scheduled for 2023. Probably this could be the reason that some of the Alabama F-16 were moved to other ANG squadrons.

Another F-16 with the interesting marking is the one coming from 134th Fighter Squadron (158th Fighter Wing), Vermont ANG. The aircraft is still marked with the 134th FS nickname (´The Green Mountain Boys´) but already missing the usual ANG strip at the top of the tail and with big code letters removed from the tail. This airplane was previously operated by 186th FS Montana ANG and took part in the operation ´Iraqi Freedom´.

The remaining Vipers spotted at Čáslav are in the 182nd Fighter Squadron marking, nicknamed “The Lone Star Gunfighters” and instead of usual ANG tail strip with the state/city name, those Vipers have the stripe design based on the Texas state flag. Among them, apart from the above mentioned ´The Green Mountain Boys´F-16, another combat veteran could be found – the Viper with 87-245 serial number, that was previously operated inter alia by 612th Tactical Fighter Squadron and stationed at Torrejon Air Base (Spain), was reported to be a part of USAF deployment for the ´Desert Storm´ operation.

Two weeks ago, the 2021 edition of joint Romanian-Serbian military exercise ´Air Solution´ was successfully completed. Training activities were organized in both Romanian and Serbian airspace and on airfields located in both participating countries Although […]