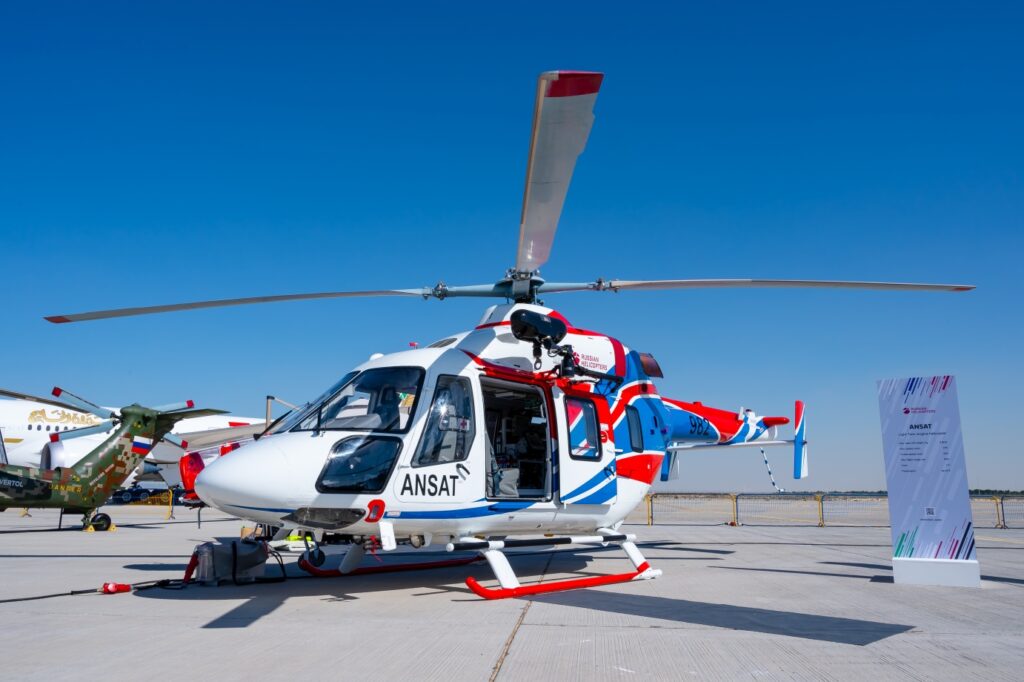 During the ongoing Dubai Airshow 2021, the Russian Helicopters holding (being a part of Rostec State Corporation) and the Emirati-based company AJ Holding LLC, have disclosed a few details about recently established joint venture named Alpha Aviation LLC. That new company, having its seat in the Ajman Free Zone, was founded in order to promote and sell Rostviertol-made civil helicopters outside Russia.

The key market for Alpha Aviation will be the Middle East and, according to recently disclosed forecast, the company plans to sell more than twenty civil helicopters until 2026. They will include most of rotorcraft currently manufactured and offered by the Russian Helicopters – Ansat, Mi-171A2, Ka-32 and Mi-38. Additionally, the company will also be responsible for maintenance of all Russian-made helicopters in the region.

It was emphasized by Andrei Boginsky, Director General of Russian Helicopters, that due to cooperation established with the AJ Holding company, the Rostec corporation gained a reliable partner in the Middle East. That partnership should also significantly improve promotion of the Russian rotorcraft in the region.

´The joint venture format will make it possible to expand our presence in a region, which is extremely important to us. The new company started its operations just a few months ago, but today we can already see the first results – during the Dubai Airshow 2021, Alpha Aviation has signed a contract to supply two Mi-171A2 helicopters to Peru and an agreement to supply four Ansat rotorcraft and one Mi-17-1V for the police force of Emirate of Ras al-Khaimah,´ said Boginsky.

The double presidential visit at International Aviation and Space Salon MAKS-2019 was, with no doubts, one of the highlights of this trade fair. Although not finalized by any signed agreement, this visit was just the […]

On March 25th there was a 48th anniversary of the first flight of Ilyushin Il-76, the multi-purpose strategic airlifter, designed and produced in the former Soviet Union. During those 47 years Il-76 has become one […]