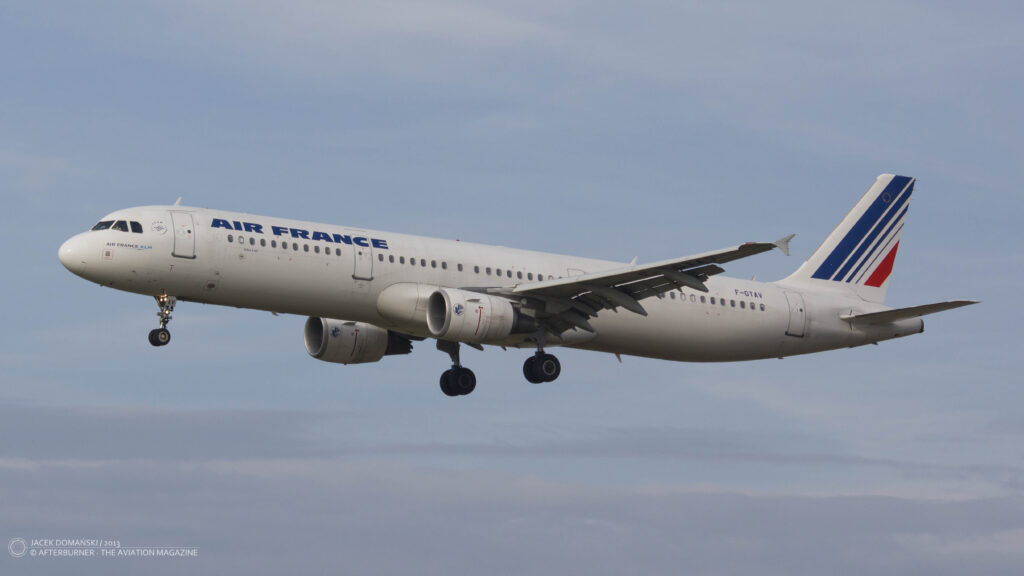 On 11th March 1993, Airbus A321, being one of the most successful airliners made by the company, performed a maiden flight.

The A321 is a member of a popular A320 family of passenger aircraft, produced by the well-known European aviation consortium, Airbus SE, headquartered in Toulouse, France.

Works on development of the A321 – sometimes commonly referred to as the ‘stretched A320’ – began on 24th November 1988. Notably, that was yet about the time when the basic model of that aeroplane family, the A320, was just entering into airline service. The decision to create a slightly longer, capable of carrying more passengers, version of the aircraft was based on interest expressed by ten airlines, showing an intention to acquire a total of 183 examples of such a larger variant.

On 11th March 1993, the first prototype of the A321, registered as F-WWIA, took-off into the air for the first time. The airliner was powered by two IAE V2500 turbofan engines, manufactured by International Aero Engines consortium. Shortly thereafter, it was followed by the second prototype, this time equipped with different engines – CMF International CFM56-5B. The second variant of the airliner made the first flight in May of the same year.

Although Toulouse was a usual location for final assembly of the A320 family, the A321 was the first aircraft of the consortium being assembled in a then newly acquired Airbus factory in Hamburg-Finkenwerder, Germany. The German plant was also the one to perform the final construction of A318 and A319. Since March of 2008, and due to high demand for those airliners, the assembly of the A320 was also opened in Hamburg. On 14th September 2015, there was another Airbus manufacturing plant opened, this time in Mobile, USA. That American factory is now capable of performing the final assembly of all aircraft from the A320 family, including the A321.

The first two airlines to acquire the earliest version of the new Airbus airliner, designated A321-100, were the national carriers of Germany and Italy. Lufthansa ordered 20 examples, powered by V2500-A5 engines, while Alitalia requested 40 aeroplanes with CFM56-5B engines. The first examples of the aircraft reached their new owners on 27th January 1994 and 22nd March 1994, respectively.

Over nearly thirty years of production, several versions of this aircraft have been developed. The abovementioned A321-100 was the first version, having a shorter range than the A320. Another one, named A321-200, offered a longer, full-passenger transcontinental US range.

On 1st December 2010, Airbus unveiled a new generation of its passenger aircraft family, A320neo, which also included an improved variant of the ‘stretched A320’. The A321neo is characterised primarily by the use of new engines, as ´neo´ stands for New Engine Option. They could be either CFM International LEAP-1A or Pratt & Whitney PW1000G. Another significant modification of that variant was adding winglets (or, more precisely and according to the manufacturer’s nomenclature – ´sharklets´) on its wingtips. Those changes resulted in lower fuel consumption and even longer range of the aircraft.

Between late 2014 and early 2015, A321LR (Long Range) version of the A320neo family was announced and subsequently entered production. According to the manufacturer, flight range of the A321LR exceeded the maximum range of its common rival, Boeing 757-200, by 190 km.

Since early 2018, Airbus is also working on a version designated A321XLR (Extra Long Range) with a range extended up to 8,300 km. The aircraft was for the first time presented to general public at Paris Air Show 2019 and is expected to enter service in 2023.

In 2015, there was a programme launched to convert a number of A320s and A321s from passenger to cargo aircraft. The first freightliner of that kind, designated A321-200P2F, was handed over to Quantas Airways in October 2020. More conversions are planned to be executed in 2022.

Depending on the version, the Airbus A321 can carry between 185 and 236 passengers. As of 28th  February 2022, a total of 2482 examples of the A321 in all variants have been produced. Of that number, 2451 aircraft have been already delivered to airlines by December 2021 and reportedly, 2404 of them are currently in active service.

That makes the A321 one of the most frequently selected and popular short- and medium-haul passenger aircraft in the world. It can be also proven by the fact, that there are more than one hundred airlines worldwide  that operate the A321 jets, as well as other aircraft of the A320 family. The airline with the largest number of A321s in its fleet is American Airlines, having approximately 260 aircraft of this type in the inventory. The second largest airline in this regard is China Southern Airlines, with 149 examples of the A321.