On 24th June 2020 – a month and a half after the Victory Day in Europe, and six weeks since its initially scheduled date – the Victory Parade in Moscow took place, commemorating the 75th jubilee of victory over the Nazi Germany in the World War II.

At the Red Square, heads of state and diplomats from 25 countries and the Russian highest authorities watched the parade of more than 14,000 of military personnel from Russia and 13 countries. 234 military vehicles were presented, both historical ones and those from the current inventory of the Russian armed forces. The aviation component included 75 aircraft – one on each year that passed since the Victory Day. 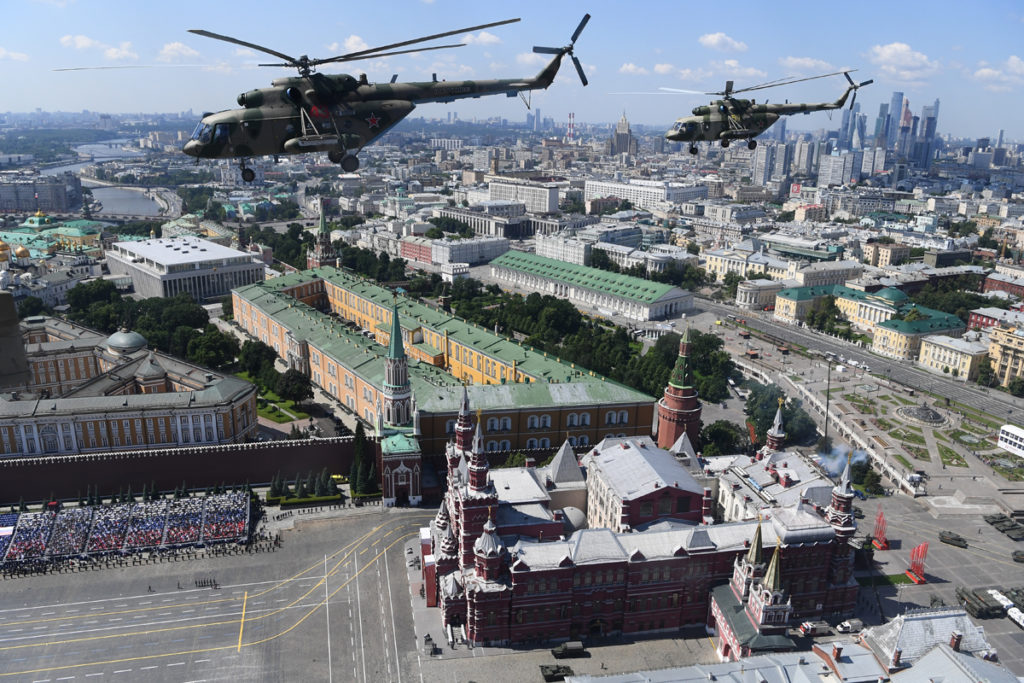 It was already the second flypast over Moscow performed by the Russian Aerospace Forces to commemorate the 75th jubilee of the Victory Day in Europe. The first one was held on 9th May, on the exact anniversary, being the main celebration event of the day. As the Victory Parade date had to be re-scheduled due to coronavirus outbreak and lockdown of the country that followed, the official celebrations on 9th May 2020 were limited to aviation flypast and victory salute.

In addition to the Victory Flypast, an air show was organized at Kubinka air base. Obviously, without any spectators due to the coronavirus measurements, and the whole event was broadcasted live. It was the first digital air show organized in 2020, in the response for ban on the public gatherings.

Initially there were rumours saying the parade would take place in September, but finally it was decided to held it on 24th June, the day the first Victory Parade in 1945 took place. It was not only a symbolic compliment to those who defeated the Nazi Germany, but also it was a great opportunity to strengthen the unity before a nationwide vote on constitutional amendments that would take place next week. 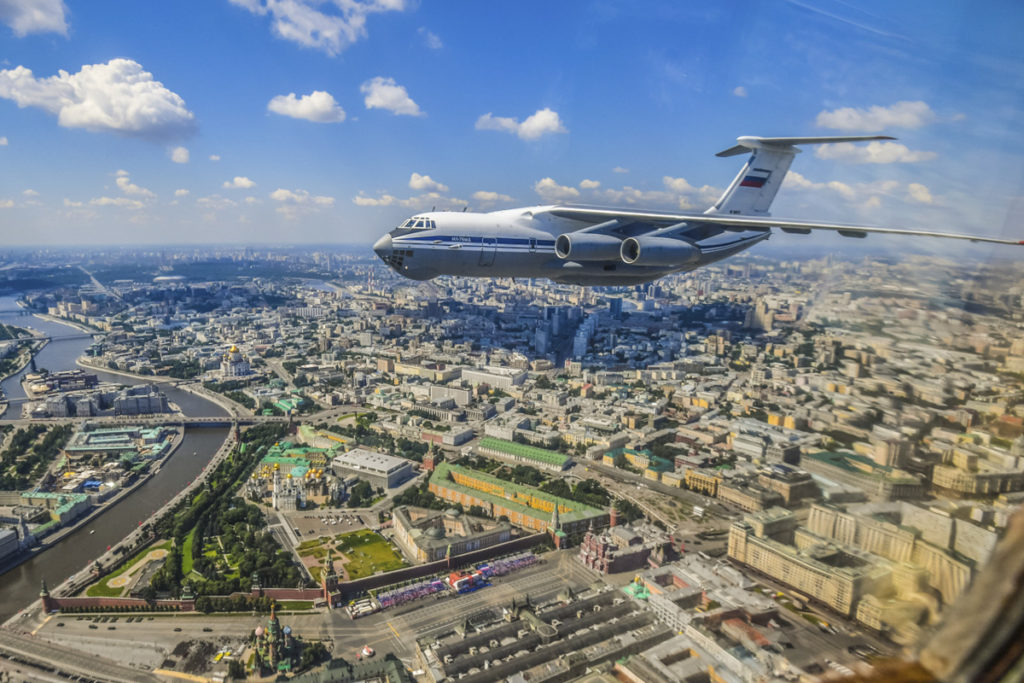 A formation of three Il-76s over the Red Square

As usual, the aviation component was closing the Victory Parade. 75 aeroplanes and helicopters crossed the sky over the Red Square in 16 groups. They included a formation of Tupolev Tu-95 ´Bear´ strategic bombers, a group of Su-34 fighter-bombers, a Tu-160 ´White Swan´ bomber leading the formation of Su-24s and helicopter formations.

As always, the parade was live broadcasted on all main Russian television channels and via Internet platforms. This year it included a few images taken from inside the cockpits and CGI elements. It was reported that, only in Moscow itself, more than 3,6 million people followed the live broadcast of the 75th jubilee Victory Parade.

The impressive flypast over Moscow was not the only parade of 24th June organized with the participation of the aviation component. The same way as in May, the Russian Aerospace Forces performed their displays over several Russian cities – Yekaterinburg, Kaliningrad, Sevastopol, St. Petersburg and others. 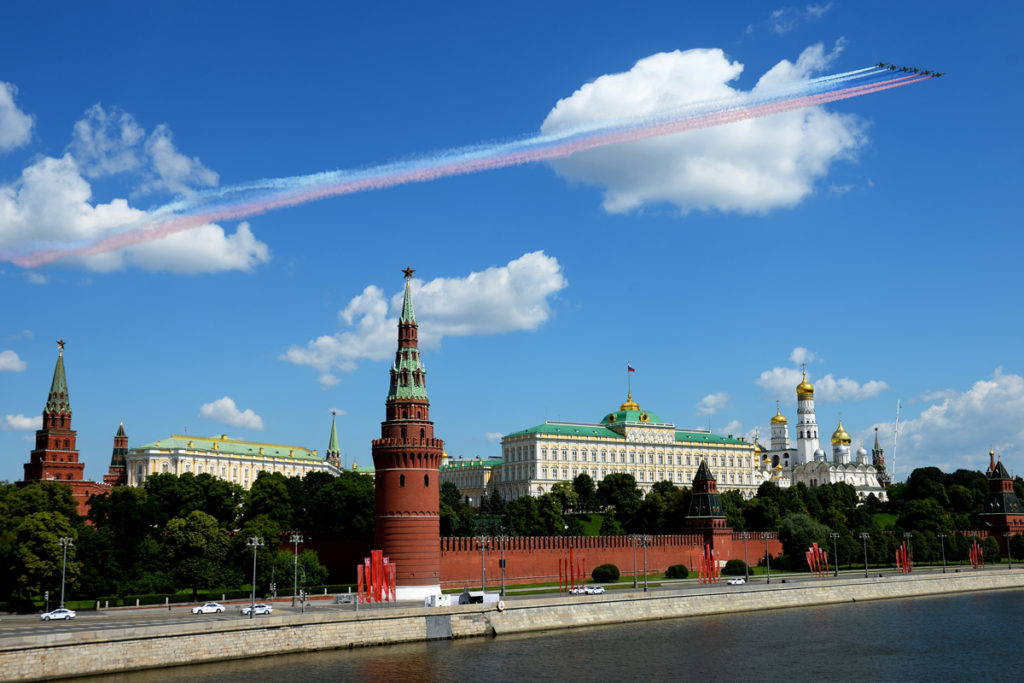 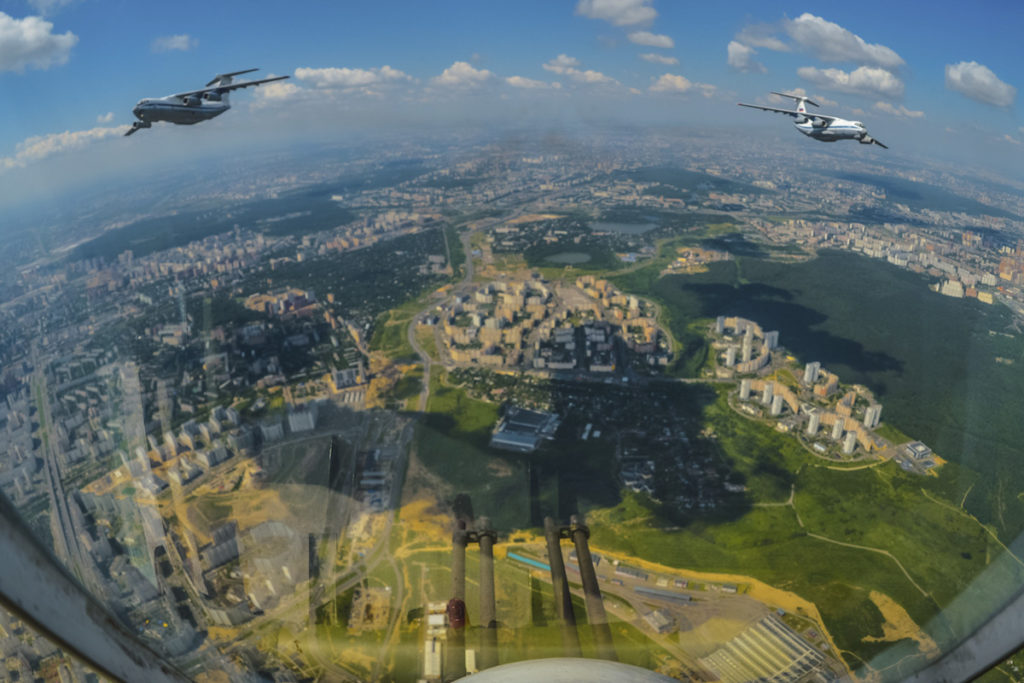 Moscow as seen by a tail gunner of Il-76