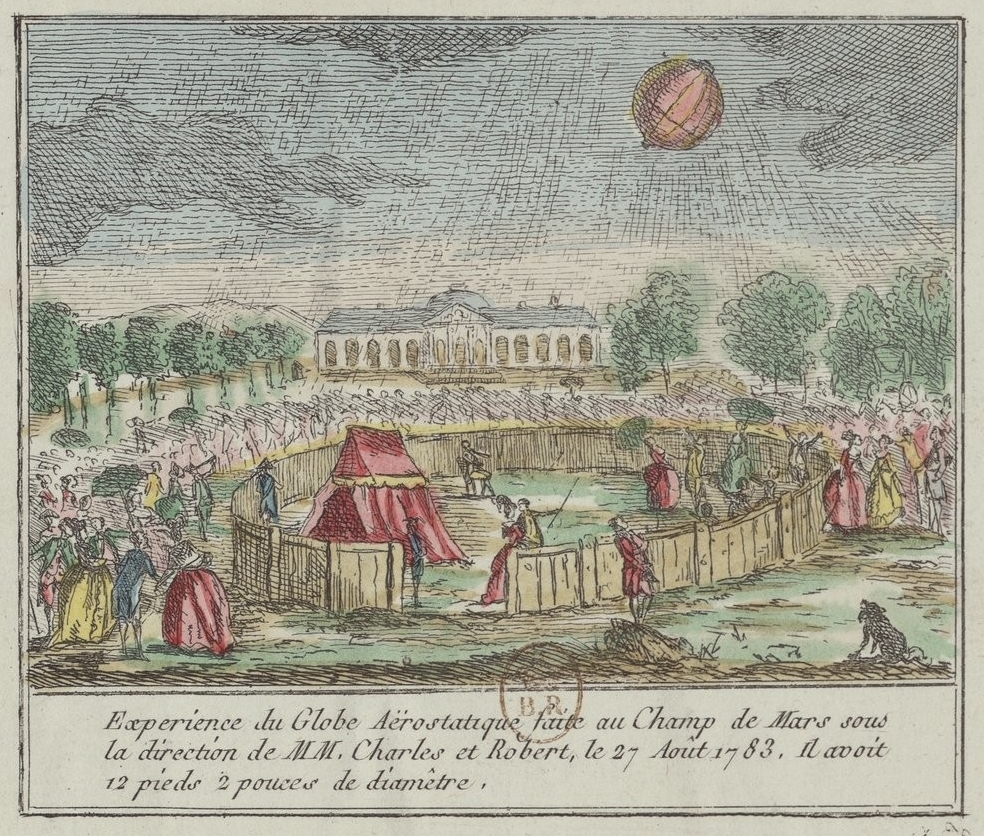 Although the idea of ballooning was as old as ancient China (approximately 220 – 280 AD), the balloons built that time were just hot air ones, made of paper and similar materials. Being known as Kongming lanterns, those balloons were also used for purpose of military signalling.

On 8th August 1709, Bartolomeu de Gusmão managed to launch a small paper-made balloon, filled with hot air. This event took place in Lisbon, with attendance of king John V and his court. Usually, it is considered as the first ever balloon flight in the Western world.

De Gusmão also claimed to build an airship Passarola (English: big bird) and to perform a one-kilometre manned flight onboard, but there is no official evidence of neither the event nor the balloon itself.

The early hot air balloons, although easy to made, had one big disadvantage – their flights were short and were treated as a curiosity to entertain the elites. As an example, the balloon mentioned above and made by de Gusmão, managed to fly only up to four metres and for a very short time.

Although some inventors were still continuing their experiments with hot air balloons – like the Montgolfier brothers – Jacques Charles, the French scientist who was studying behaviour of gases, chose a different path and though that also hydrogen may be used to lift a balloon.

Charles not only designed the hydrogen-filled airship but also convinced two engineers, the Robert brothers, to build it. Following the Charles´ project, they invented a way how to make the main envelope of the balloon, by varnish silk sheets with a solution of rubber and turpentine. It is important to mention that creating the world´s first hydrogen balloon was possible only thanks to a crowdfunding campaign, organized by French geologist and traveller, Barthélemy Faujas de Saint-Fond.

On 23rd August 1783, Charles and the Robert brothers started to fill their balloon with hydrogen, being delivered to the envelope in lead pipes. Nevertheless, it attracted so much crowd that during the night of 26th August, they had to secretly move the balloon and hydrogen installation to a new place at the Champ de Mars (the nowadays location of the Eiffel Tower).

Finally, on 27th August, the first ever hydrogen-filled balloon was released. It flew for approximately 45 minutes and landed near the village of Gonesse, 21 kilometres from the launch site. And, not surprisingly, was almost immediately destroyed by local peasants using pitchforks and knives.

Following their success, Charles and the Robert brothers decided to build another balloon, this time significantly bigger and able to carry a crew. They launched it on 1st December of the same year, with . The balloon reached an altitude of 550 metres and stayed in the air for over two hours, covering a distance of 36 kilometres.

Nevertheless, the brave pioneers weren´t the first ones, as only a few days earlier – on 21st November 1783 – Pilâtre de Rozierand the marquis d’Arlandes performed the first ever manned flight, using the hot air balloon made by the Montgolfier brothers.

After that successful flight in December, Jacques Charles and the Robert brothers have continued their work on the hydrogen-filled balloons. On 15th July 1784, the brothers, together with M. Collin-Hullin and Louis Philippe II, the Duke of Chartres, have reached an altitude of approximately 4,500 metres. Then, on 19th September of the same year, the Robert brothers and M. Collin-Hullin flew from Paris to Beuvry, covering a distance of 186 kilometres during a 6 hours and 40 minutes of flight.

That was the first ever manned flight for a distance of more than 100 kilometres (and, at the same time, over 100 miles).

The sad news about the mid-air collision of two French helicopters in Mali, killing thirteen, flashed around the world a few days ago. This tragedy, paradoxically, recalled the world about ´Operation Barkhane´, the French-led mission […]