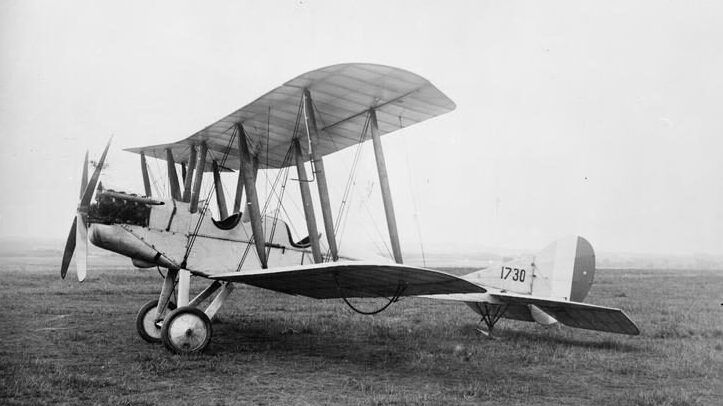 On 3rd September 1916, Schütte-Lanz SL 11, a German dirigible that just performed a bomb raid over St Albans in Hertfordshire, was shot down by Lt. William Leefe Robinson of the No. 39 Home Defence Squadron.

The Great War was, in many aspects, a pioneering period full of military, technological and social innovations. Among the many ´firsts´ of the World War I there was also a strategic bombing – officially reported for the first time on 6th August 1914, when German Zeppelin Z VI dirigible dropped its bombs on Liège, Belgium.

Over the next months a few further German air raids were performed against Antwerp and Paris, however they were small in scale, being performed by a single airship or aeroplane. The British did not remain passive and, as a payback, a few times attacked Zeppelin sites in Cologne, Düsseldorf and Friedrichshafen.

Since the early days of the war, suggestions on attacking the British homeland were made, especially among officers of the German Imperial Navy that operated a few dirigibles capable of performing such a long-range raids. Initially, they were all rejected by senior German officers and the Kaiser himself, as they were hoping for quick, and victorious, end of the war.

Nevertheless, at the end of 1914 it became clear that the front was stabilized and any hopes for a short war were merely unrealistic. Therefore, at the beginning of the next year, the strategic bombing campaign against targets in Britain was approved by the Kaiser – initially under a condition to avoid raids on London in order to not injure or kill his relatives in the British royal family. On the night of 19th / 20th January 1915, two Zeppelins performed the first successful German rain against Britain.

The airship raids were continued throughout the year, practically without any effective response from the British side. Although there were some attempts to intercept the German dirigibles, they were doomed to failure. At that time, airships operated at altitudes of 11,000 feet and more, having a possibility to easily avoid British fighters by ascending out or their range. Not to mention that early fighters needed almost an hour to climb to 10,000 feet. As a result, weather and navigation errors were the main reason of airship losses.

It must be pointed here that military effects of those German raids were… virtually none. The bombs were often being dropped miles away from the target, if any military facility was ever hit, it was just a lucky break and usually there were only a few British casualties per raid. However, the social effects of the ´First Blitz´ cannot be underestimated.

Britain was alarmed, angry and shocked. The Huns were on a rampage in the British sky and no one could stop them. Imprecise bombing caused that most of the casualties were civilians, so the airships were quickly nicknamed ´baby-killers´ and their crews hated. Every raid caused certain interruptions in the British industrial production. And, last but not least, the threat of air raids forced the British authorities to move a significant part of their resources from the Western Front in order to organize the home air defence system.

Initially, as there was no possibility to intercept German airships over the British homeland, aircraft of the Royal Naval Air Service (RNAS) performed a few attempts to intercept the dirigibles near their home bases in Belgium. The main character of those ventures was Reginald Warneford (aka Rex Warneford), 23-years-old sub-lieutenant of the RNAS.

On 17th May 1915, Warneford intercepted his first airship, the LZ 39 that was just heading towards England. Attacked by the British pilot, the German dirigible quickly jettisoned its ballast and managed to escape by ascending out of range.

Three weeks later, on 7th June 1915, Warneford engaged another dirigible, the LZ 37 of the German Army. Despite the defensive fire, he managed to drop some bombs on the airship, setting it on fire. The LZ 37 crashed near Sint-Amandsberg and shortly thereafter, Warneford received the award of the Legion of Honour and the Victoria Cross. The Germans responded by moving all dirigible operations out of Belgium and performing air raids over Britain from German airbases.

In the meantime, the British military authorities were trying to organize an effective aerial defence against the German airships. At first, the British area was divided between the RNAS and the Royal Flying Corps (RFC). The Navy aircraft were responsible for intercepting the dirigibles over sea and the RFC was engaging them once they crossed the coastline. In addition, the most likely targets were also protected by an anti-aircraft guns and searchlights.

And it was exactly the AA guns that scored the very first victory against the German dirigible over England. On 1st April 1916, Dartford battery managed to damage the LZ 48 during its raid on London. The airship ditched in the Thames estuary, killing one crew member.

Since February 1916, formation of ten home defence squadrons was launched. Among them there was  No. 39 Squadron, established on 15th April 1916 and assigned to protect London and its area. The squadron was equipped with Royal Aircraft Factory B.E.2 and B.E.12 aircraft.

In the early morning hours of 3rd September 1916, William Leefe Robinson, flying a B.E.2c converted into a night fighter, spotted a ´baby-killer´. It was a German Army operated dirigible, Schütte-Lanz SL 11 – one of sixteen airships sent to England that very night.

Leefe Robinson approached the enemy from below, at an altitude of 11,500 ft, firing incendiary bullets. He had to use all three ammunition drums he had onboard to set the airship on flames. Eventually, the SL 11 crashed near Cuffley in Hertfordshire, killing all 15 of its crew.

Downing of the first German airship by the British pilot was widely commented by the press and British propaganda. Everyone was happy – the ´baby-killers´ were no longer invulnerable. William Leefe Robinson was awarded the Victoria Cross, becoming the very first recipient of the cross for an action that occurred within the British homeland.

During the Great War, the German airships performed approximately 51 bomb raids on Britain (more than 200 individual missions, including reconnaissance ones). The ´First Blitz´ caused about 520 – 560 deaths and injured 1,100 – 1,400 people, depending on the source. Eight dirigibles were shot down over the United Kingdom and a few more over the North Sea. In total, 84 airships participated in the first German strategic bombing and at least 30 of them were lost.

On 25th May 1917, a formation of Gotha G.IV aircraft performed their first air raid on Folkestone. Over time, the long-range bombers have completely taken over the task of strategic bombing, putting aside the airship fleet.

On 10th June 1913, Marcel Brindejonc des Moulinais performed a flight from Paris Villacoublay to Warsaw, in a Morane-Saulnier H monoplane. He covered 1,382 kilometres, winning the Pommery Cup for the longest flight made in […]