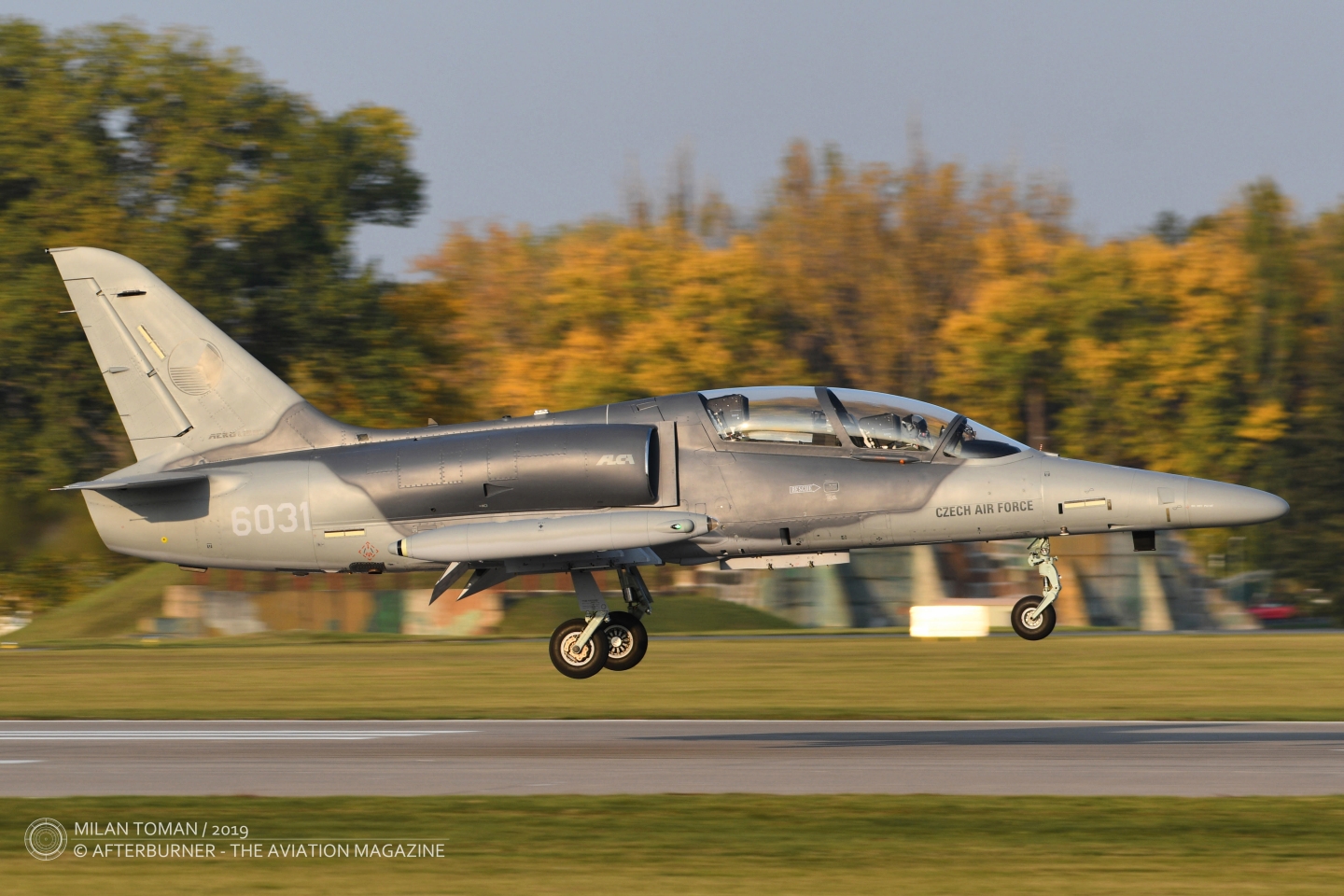 In the autumn-mood: Aero L-159T2 ´ALCA´, an attack aircraft operated by the Czech Air Force, photographed at its home base in Čáslav, Czech Republic.

Aero L-159 ALCA (Advanced Light Combat Aircraft) is the light, subsonic attack aircraft developed in the Czech Republic at the end of 1990s. The maiden flight of ALCA prototype occurred in 1997 and since 2000 the L-159s were delivered to Czech Air Force.

Initially, 72 aircraft were ordered and manufactured, but due to the change of political situation in the country, significant budget cuts and restructuration of the Czech Air Force, this order was, at the time of delivery, reduced to only 24 aeroplanes. The other already manufactured L-159s were stored at the manufacturer´s facilities and then offered for sale (what happened as late as in 2015).

The basic variant operated by the Czech Air Force is L-159A, single-seat attack aircraft. Additionally, 6 aircraft were re-built, using the original L-159A as a base, for a L-159T1 two-seat training variant. All Czech Air Force L-159s are based at Čáslav and operated by 212th Tactical Squadron and 213th Training Squadron.

Additionally, L-159s are also operated (and already used in combat) by the Iraqi Air Force (12 aircraft) and two civil operators in the USA – Draken International (21) and Lewis Fighter Fleet (3).

In 2016, the Czech Air Force ordered at Aero Vodochody the upgrade of three L-159s to the advanced two-seat training version, designed L-159T2. All three new aeroplanes (6028, 6031 and 6038) used for modernization to the T2 variant were initially manufactured as L-159A in 2002, initially delivered to the Czech Air Force but then long-time stored in Vodochody. In comparison to the L-159T1 version, the new trainer received the new refuelling system, advanced self-protection systems and significant cockpit upgrade, including the advanced displays, NVG-use capability and new ejection seats.