An annual, joint tactical exercise ´Slavic Brotherhood – 2020´ was held between 14th and 25th September this year, at Brestsky training ground, located near Brest, the Republic of Belarus. More than 6000 soldiers and 500 vehicles participated in the exercise, coming from the Western Operational Command of Belarus and two units of the Russian Airborne Forces.

This year´s edition stirred an unusual interest and was considered to be controversial, due to the current political situation in Belarus. However, this joint tactical exercise of Russian, Belarusian and Serbian armed forces is organized annually since 2015.

For the first time, the ´Slavic Brotherhood´ took place in Russia and then the exercise location was rotating each year (2016 and 2019 being organized in Serbia, 2017 in Belarus and 2018 in Russia). On the eve of current edition, Serbia decided to withdraw from the exercise, under the international pressure. 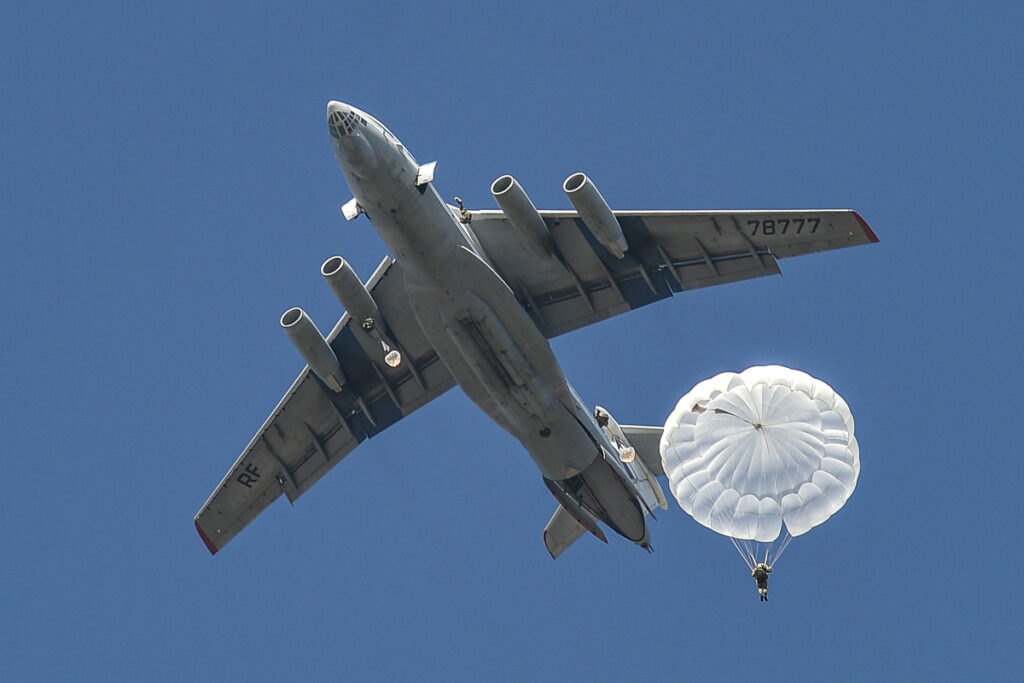 ´In order to preserve the position of neutrality, avoid or at least reduce the consequences of intensified attacks on our country, our politics and our economy, the Government of the Republic of Serbia made a decision on today’s session to suspend all military exercises and activities with all partners in the next six months, without exception.´ – informed  the Minister of Defence Aleksandar Vulin, in his statement from 9th September.

´Slavic Brotherhood – 2020´ was divided into two stages. The first one, starting on 14th September, was focused on alignment of participating units and then performing a counter-terrorism task and training. The second stage held between 22nd and 25th September meant a joint tactical mission performed at Brestsky training ground, that included a live-fire exercise for aviation units, airborne operation and live-combat training.

A pair of Russian Tu-160 strategic bombers accompanied by a pair of Su-30SM fighters participated in the aviation part of the exercise. The Belarusian media mentioned also six Tu-22M3 bombers deployed to Belarus, but this was not confirmed by official information. The ground troops operations were supported by a wide range of army helicopters, Su-25 and Yak-130 aircraft, while the Russian Il-76MD aircraft supported the airborne exercise. 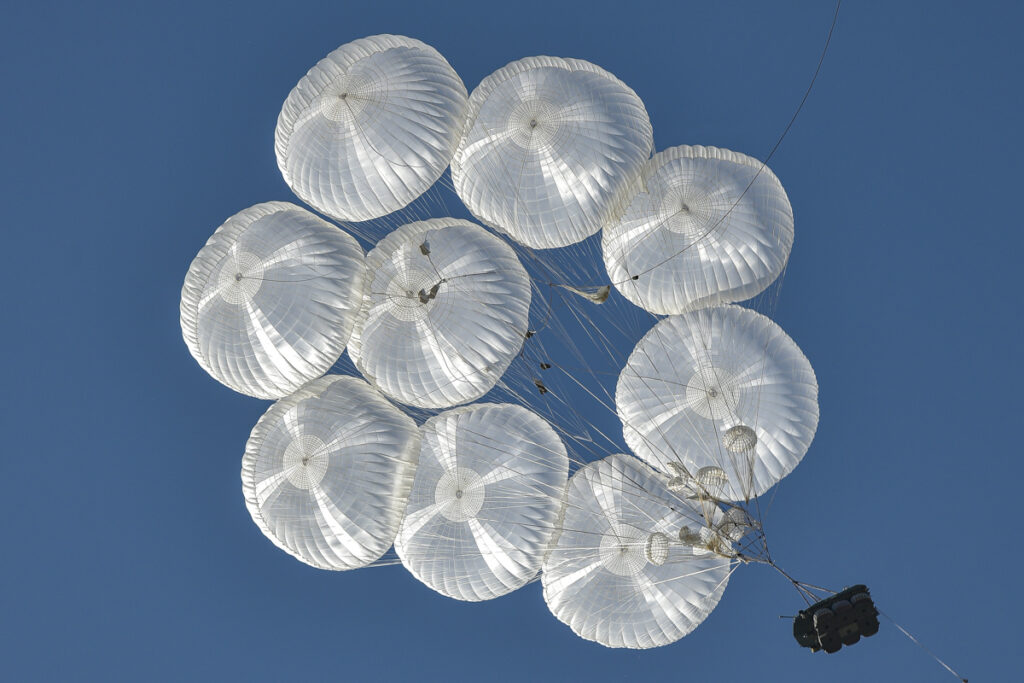 The massive airborne operation performed on 22nd September was the first of its kind in the history of contemporary Belarusian armed forces. About 250 of Russian and Belarusian paratroopers and three vehicles were dropped from the height of approximately 600 metres. The jump was performed from six Russian and one Belarusian Il-76 aircraft, during a single pass over the drop zone in a formation with two-minute interval between the aeroplanes. The airborne operation was being carefully observed by the commander of the Russian Airborne Forces, Colonel General Andrei Serdyukov and the Minister of Defence of the Republic of Belarus, Major General Viktor Khrenin.

´Slavic Brotherhood – 2020´ is not the only joint military exercise of Russian and Belarusian forces scheduled for this year´s autumn. Immediately after the criticized training in Belarus, the armed forces of both countries will meet at ´Kavkaz-2020´ exercise organized in the Astrakhan region and starting on 25th September.

A few weeks later, between 12th and 16th October, at Losvido training ground in Belarus, the Collective Security Treaty Organization exercise ´Unbreakable Brotherhood´ is scheduled. According to the official information, it will be a multinational command staff exercise, focused on peacekeeping operations and with the participation of Russian, Belarusian, Armenian, Kazakh, Kyrgyz, and Tajik armed forces. 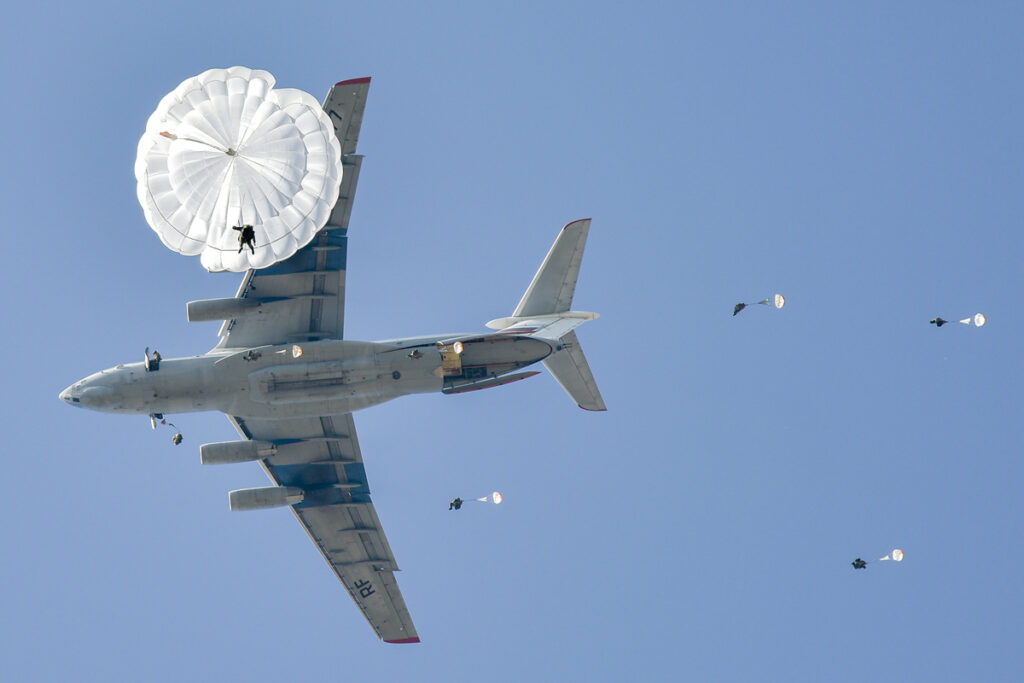 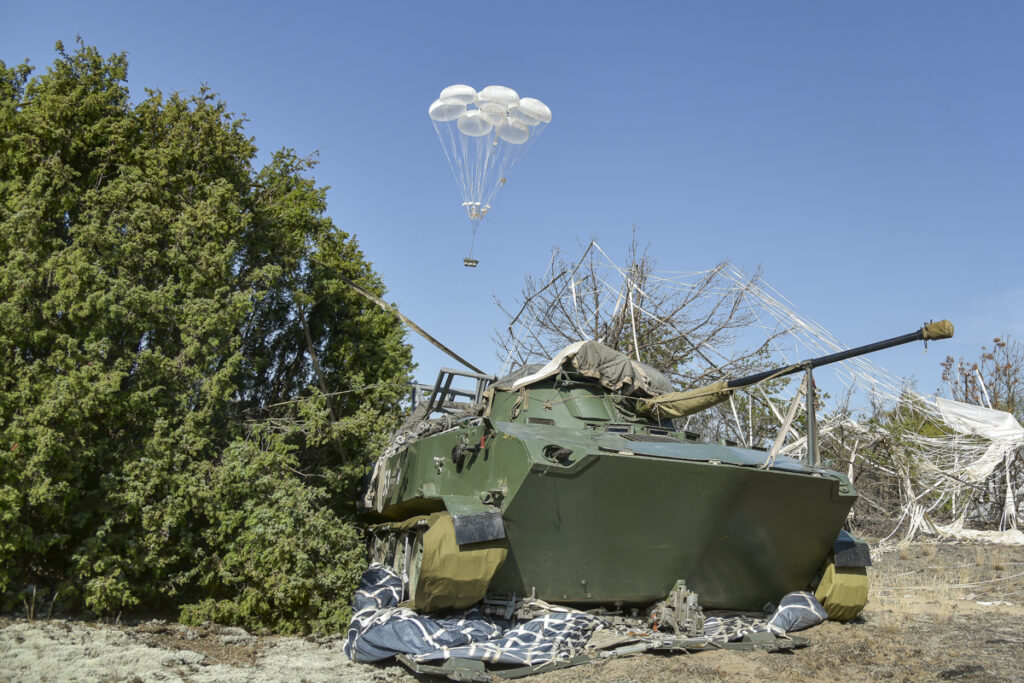