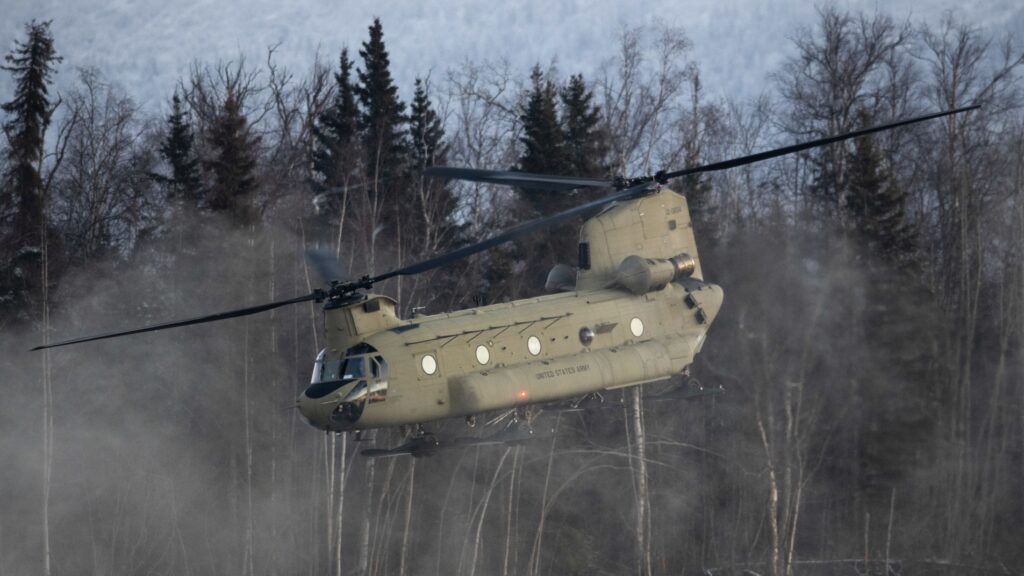 On 9th November this year, US Army aviators, Air Force tactical air control specialists and Air Force special warfare airmen conducted a joint airborne training in the vicinity of Joint Base Elmendorf-Richardson (JBER), Alaska. The exercise was focused on maintaining operational proficiency in an austere environment.

The JBER is among twelve joint bases that were created in 2005 by Base Closure and Realignment Commission. It combines two former branch facilities of the US armed forces – the USAF Elmendorf Air Force Base and the US Army Fort Richardson that officially merged in 2010. In addition, the JBER is a home of Alaskan Command Headquarters, Alaskan NORAD Region, Joint Task Force-Alaska, the Eleventh Air Force, the 673rd Air Base Wing, the 3rd and the 176th Wings of the USAF.

Specialists from the 1-52nd General Support Aviation Battalion (GSAB) and the 3rd Air Support Operations Squadron (ASOS) participated in the abovementioned exercise. It was executed at Malemute Drop Zone, the primary drop zone of the JBER located near the Eagle Bay, north of Anchorage.

The 1-52nd GSAB is a unit that provides a quick-response support to ground forces, especially focused on medical and logistic missions. It operates three types of rotorcraft – UH-60 Blackhawk, CH-47 Chinook and UH-60 Medevac Support. The roots of the 1-52nd GSAB reach as far as 1940, when a direct predecessor of the unit was created. In 2005, after a long combat history, that included assignments during the World War II, the Korean War and the Vietnam War, the initial 1-52nd Aviation Regiment was transferred into the General Support Aviation Battalion. Later that year, the unit was relocated to Fort Wainwright and have opened a new page in its record – operations in the Alaskan Theatre.

The 3rd ASOS is a combat support unit that trains and deploys airborne qualified specialists. Tactical Air Control Party (TACP) members, Joint Terminal Attack Controllers, air liaison and air mobility liaison officers are provided by the squadron for infantry units, airborne and combat teams being a part of the US Army Alaska.

Apart from increasing proficiency of Alaska-based units (as the 3rd ASOS and the 1-52nd GSAB are), the JBER and its training sites often host other units of the US armed forces, the NATO and local allies. Hostile Alaskan environment, usually offering deep snow, strong winds and sub-zero temperatures, is a real challenge for any soldier. Thanks to the potential of the JBER military ranges, soldiers of any branches of the armed forces are able to execute training to increase their skills in mountaineering, skiing, cold weather training and surviving in austere conditions.

Among examples of the abovementioned international cooperation there was Yudh Abhyas 21 exercise, held in the JBER area in October of 2021. Within a framework of that joint exercise, US Army paratroopers of the 25th Infantry Division and the 136th Infantry Brigade Group of the Indian Army trained together in a simulated environment of the UN peacekeeping mission.