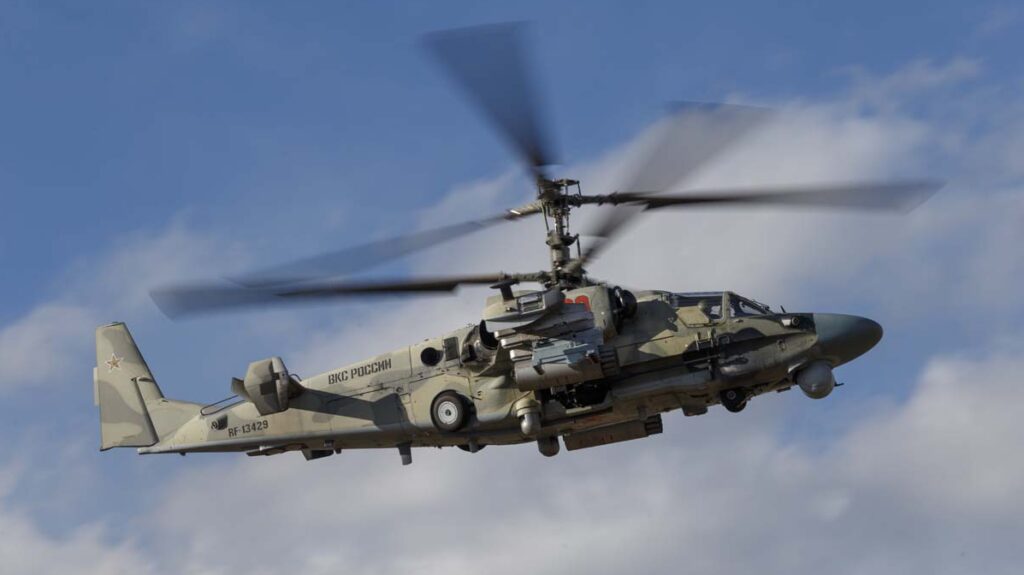 At the beginning of September two squadrons of Russian attack helicopters were deployed to an airfield in Nizhny Novgorod Oblast. Operating from that location, the Army Aviation rotorcraft were assigned a mission of providing support to ground troops at Mulino training area, within the framework of ´Zapad-2021´ exercise.

In the first decade of the month, after a five hundred kilometres long, non-stop flight from their home airfield, more than twenty Ka-52 ´Aligator´ and Mi-28N ´Night Hunter´ helicopters have arrived to their temporary base near Nizhny Novgorod. Shortly thereafter, they were supported by another deployment, consisting of Mi-24/35 and Mi-8AMTSh rotorcraft.

The location near Nizhny Novgorod was not chosen at random, as Mulino is a home for training centre of the Russian Ground Forces (Сухопутные войска РФ). This year, the training centre and its firing range were the place where peak activities of ´Zapad-2021´ were organized, as well as an official closing ceremony of that joint exercise.

During the training, the helicopter crews performed a broad range of missions, including aerial reconnaissance, missile strikes on ground targets and active support for the ground forces. A particular emphasis was placed on low-altitude training flights along landscape elements or other objects.

Not without significance was the fact that skilled flying crews were assigned the task to share their experiences gained in Syria and other combat areas. This included a well-known ´helicopter carousel´ tactic on Mi-24 and live-fire training with Shturm and Ataka guided missiles.

In conclusion of training activities at Mulino, an airborne assault was organized. This part of the joint exercise involved more than thirty transport helicopters, supported by Ka-25 and Mi-28N attack rotorcraft. The army helicopters not only delivered the assault troops to their landing zones, but also supplied them with ammunition and other equipment, including Sarmat-2 light fighting vehicles and D-30 howitzers – the latter delivered to landing zones by Mi-8AMTSh, with use of external sling.

The joint strategic exercise ´Zapad-2021´ (Запад-2021, English: West-2021) was held between 10th and 16th September 2021, involving about 200,000 of military personnel, more than 80 aircraft and up to 760 military vehicles. Training activities were organized at nine firing ranges, in both Belarus and the Russian Federation.

Apart from the abovementioned Army Aviation deployment at Mulino, several other Russian and Belarusian helicopters were involved in ´Zapad-2021´ exercise, in all remaining locations.

Joint strategic exercises of the Russian and Belarusian armed forces are organized every two years, although usually on a smaller scale. Large exercises, codenamed ´Zapad´, are organized intermittently – the previous edition took place in 2017.

During the International Military-Technical Forum ´Army-2020´ held between 23rd and 29th August in Kubinka, the Russian Helicopters holding company presented the new, made entirely from composites, rotor blades intended for combat helicopters. The blades were […]