The sad news about the mid-air collision of two French helicopters in Mali, killing thirteen, flashed around the world a few days ago. This tragedy, paradoxically, recalled the world about ´Operation Barkhane´, the French-led mission in Africa, which so far was overshadowed by other military conflicts and counter-terrorism operation.

When we speak about the anti-jihadist operations, usually the Middle East is the first region that comes to mind. And if Africa is mentioned in addition, then Somali Civil War is often the only known and recalled conflict. Sadly, in the African region called Sahel, there is another long-lasting rebellion that gets very little attention in the countries not directly involved there. 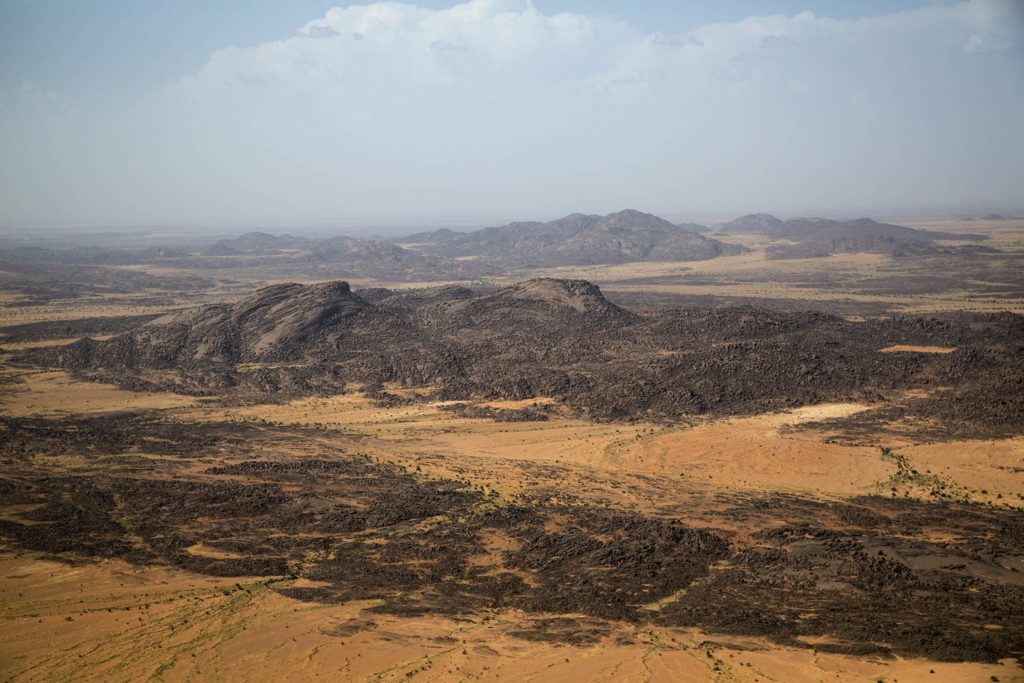 Wanting to explain the background of the current operation in Sahel and the reason of French military presence in Mali, we have to look back to early 1990s and the Algerian Civil War, which is usually considered the conflict that started ´Insurgency in the Maghreb´ – several terrorist and Islamist groups activities and rebellions in Africa, linked to al-Quaeda and then Islamic State. One of them was the Tuareg rebellion against the Mali government, a long-dormant conflict started in the 1960s and exploded again in 2012.

The al-Quaeda linked groups took the advantage of such opportunity and soon the northern part of Mali was captured by the Islamist groups. The government of Mali officially asked the former metropolitan state for help and the first French military operation named ´Operation Serval´ began in 2013 – with the goal to support Malian government and re-take the northern territory. 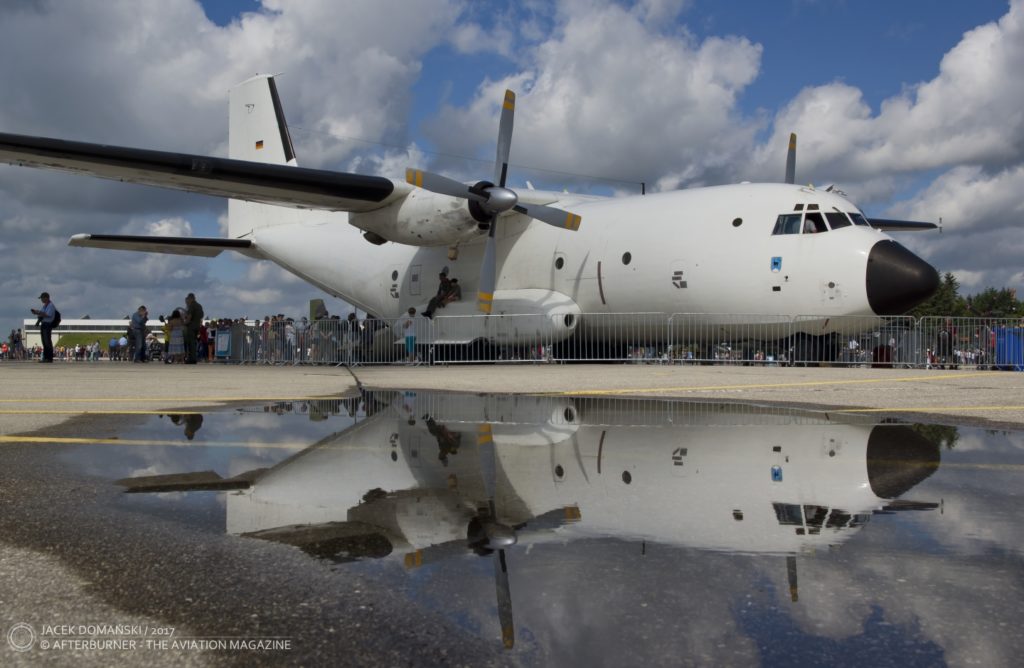 In this operation, the numerous French Air Force contingent was deployed to Africa: two Mirage F1 CR reconnaissance aircraft and six Mirage 2000D fighters (participating in the Opération Épervier in Chad), up to five KC-135 Stratotankers, up to six Rafale fighters, Airbus A310 and A340 transport aeroplanes from 3/60 Estérel Transport Squadron, two Puma helicopters plus C-130 Hercules and C-160 Transall cargo aircraft. The French Navy deployed up to five Breguet Atlantic II long-range reconnaissance aircraft and the additional aviation support was provided by the French Army. 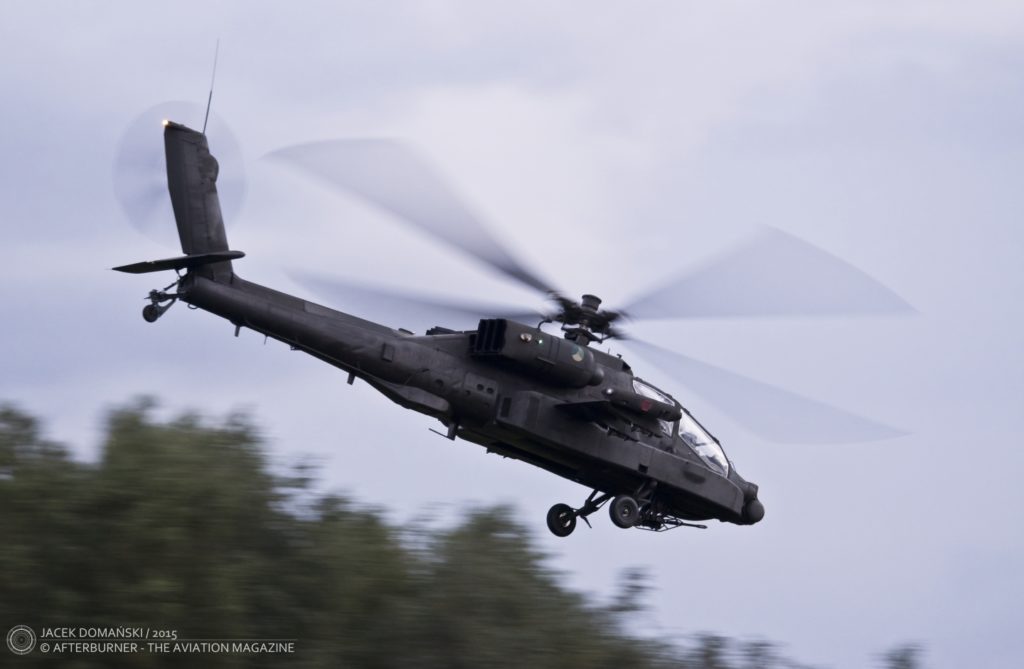 Royal Netherlands Air Force AH-64D Apache – in 2015, one of the Dutch attack helicopters crashed in Mali, killing the crew

During the Serval operation one aircraft was lost – the French Army Gazelle helicopter from the 4th Special Forces Helicopter Regiment was hit by the small arms fire, one of the pilots was killed and the second managed to return to the base, but the helicopter was damaged beyond the repair.

At the same time, starting April 2013, the United Nations Multidimensional Integrated Stabilization Mission in Mali (MINUSMA) was established, with the goal to stabilise the country and with the initial force of 6,000. Currently, the MINUSMA forces have the strength of more than 13 thousand military and police personnel from 55 countries. The UN mission also included the aviation component – not only the transport aircraft, usually participating in the humanitarian missions, but also the quite impressive helicopter force, including through the years Indonesian Mi-17, Dutch AH-47 and CH-47 rotorcrafts, MD500C from Salvador, Mi-171Sh from Bangladesh, Canadian CH-147F Chinooks and others. 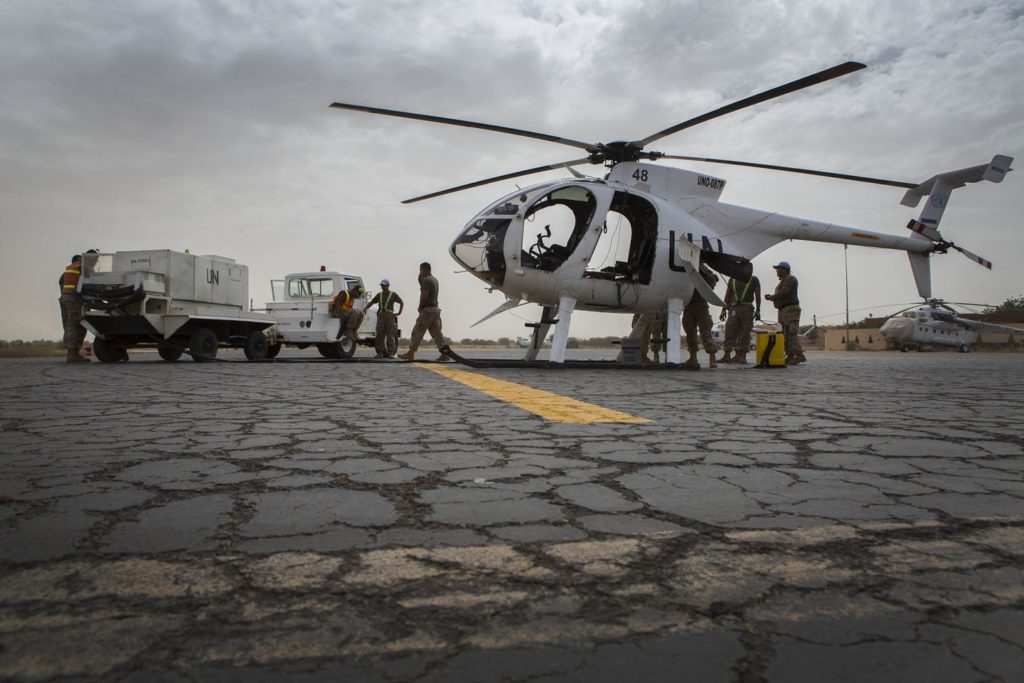 After approximately one and a half year since the beginning of Operation Serval, the French started another operation code-named ´Barkhane´ (a ´barkhane dune´ is a term used for the crescent-shaped sand dune). Although the Operation Serval was successfully finalized and the territory re-gained, it became clear that focusing only on the territory of Mali would not bring any long-term solution and the stabilization in the region. Therefore, it was needed to extend the anti-jihadist operation for other Sahel countries: Burkina Faso, Chad, Mali, Mauritania and Niger; all those countries being the former French colonies and collectively named ´G5 Sahel´.

The official goal of the second operation is to assist the governments of those countries in maintain the control of their territories and at the same time preventing this region to be a safe place for the Islamists groups. Although the risk of re-establishing the Islamic State liked organizations in the region and the reasons of this operation were several times stated by the French politics and military leaders, the Operation Barkhane obtained virtually no support from other NATO countries. Since the beginning of the operation, only the United Kingdom, Spain and Estonia supported the 4,500 French troops deployed to Sahel region. 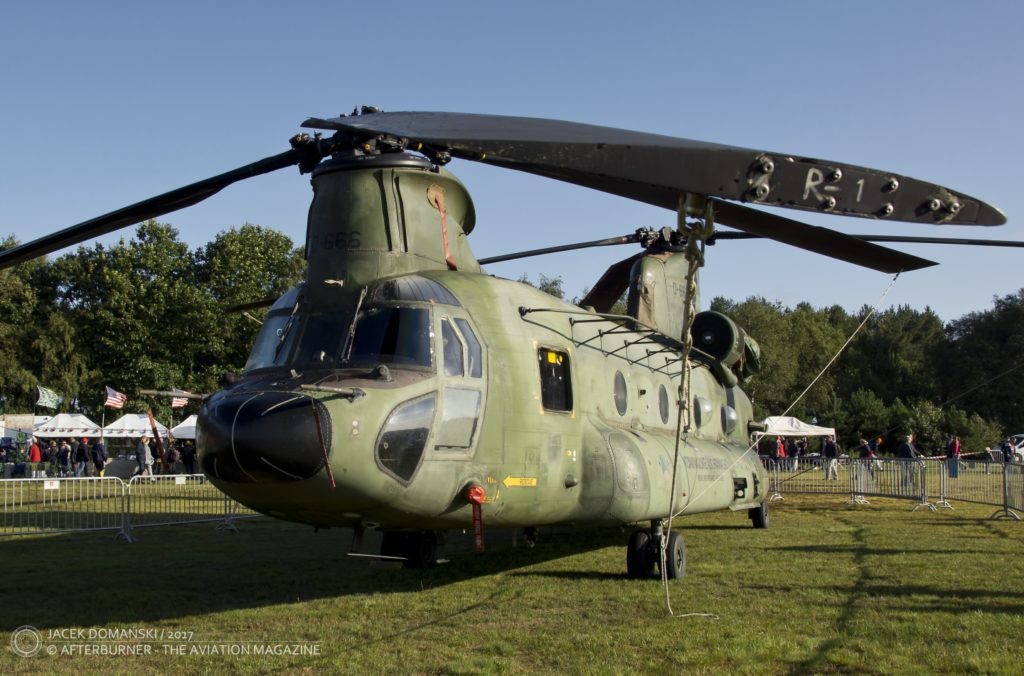 Royal Netherlands Air Force CH-47D Chinook, the RNLAF and its helicopters supported both the Operation Serval and MINUSMA force

According to the French Ministry of Defence, the multi-national contingent involved in the region include 3 UAVs (Reaper drones), 7 fighter aircraft (Mirage 2000 C or D), 19 helicopters and up to 10 transport aeroplanes; those supporting aircraft are based in Niamey, Niger and N’Djamena in Chad.

In July of 2018, as a result of the agreement between the UK and France, three RAF Chinook HC.5 helicopters reinforced the Barkhane contingent. The deployment of the 1310 Flight RAF from Odiham was code-named Operation Newcombe, with relationship to the 2013 British involvement in Serval operation. Initially, the RAF support was planned for one-year period, but in 2019 it was extended for at least another six months.

The operation in Sahel so far received additional support only from Spain. The C-130 Hercules aircraft used in Operation Marfil (Senegal) and C-295 participating in Operation Mamba (Gabon) were from time to time participating in Barkhane, carrying approximately 15% of total cargo load. It was recently announced that Denmark was planning to reinforce the Barkhane forces with another two Merlin helicopters until the end of 2019. 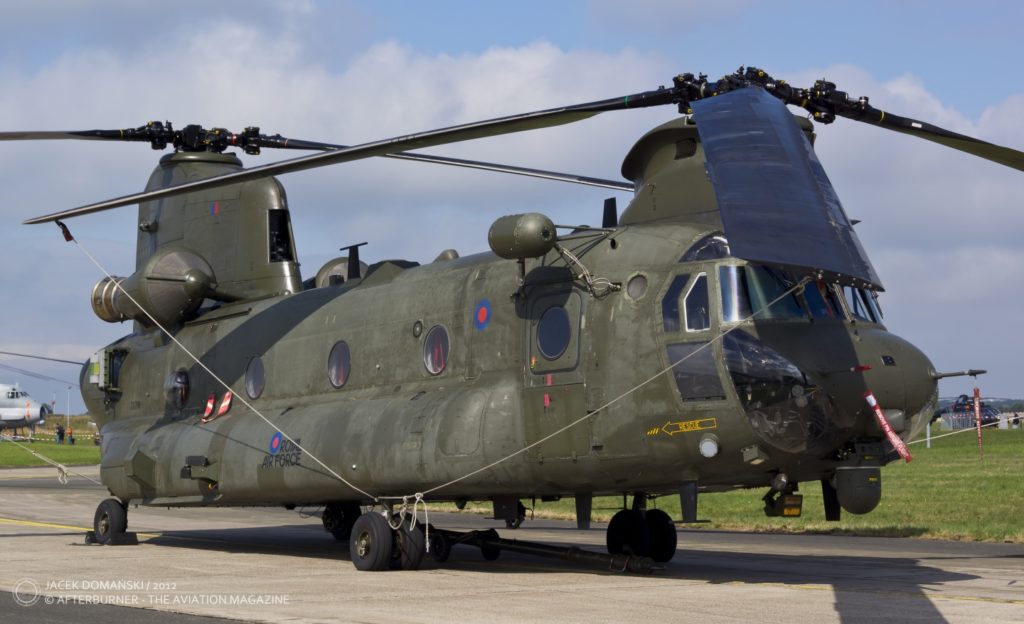 Currently, the Operation Barkhane is the largest French military operation, with the annual budget of 600 million EUR. The French and Estonian troops are engaged in all aspects of military operations in the region, from patrolling the border and interior of the Sahel countries, training the local forces, supporting the stabilization initiatives, gathering the intelligence data to controlling the no-man´s area in Sahel. However, the main goal remained the same – to find and kill the Jihad leaders, and to destroy the Islamic State organizations in the area.

France is already planning the new operation in the region to be launched in 2020. ´Task Force Takuba´, as the operation was named (´takuba´ means ´sabre´ in Tuareg), will extend the current capabilities within the medical, JTAC and EOD domains of the Barkhane contingent. The French government is currently looking for the international participation in TFT and approximately dozen countries were requested to join the mission in 2020, including the United Kingdom, Italy, Czech Republic and Scandinavian nations – by far, only Estonia answered positively and declared their special operation forces to participate in TFT. On the other side, it was confirmed by the US authorities that US Africa Command is not planning to support Takuba forces. 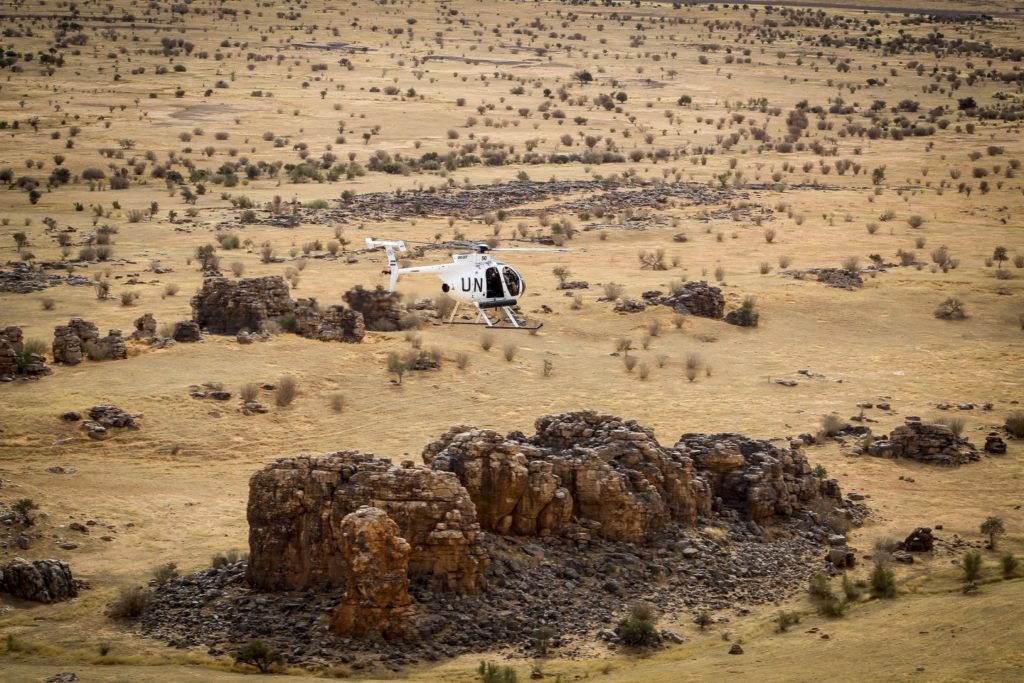 It looks like the EU and NATO nations are more willingly to participate and finance the MINUSMA mission or supporting their own projects. For instance, the United States still have an approximately 1,000 troops in Niger and Africom press release dated 1st November informed about the intelligence, surveillance, and reconnaissance operations to begin out of Nigerien Air Base 201. The European Union established its own mission – European Union Training Mission in Mali, claiming to train more than 13,000 troops from Sahel countries, but the local armies are still poorly equipped and suffer the high rate of desertion.

Despite those efforts, the region is still far from being calm and peaceful. According to the UN, more than 1,500 civilians were killed in Burkina Faso and Mali this year and approximately 12 million needs humanitarian aid. MINUSMA itself lost at least 129 of its personnel in Mali, with 358 being seriously injured. 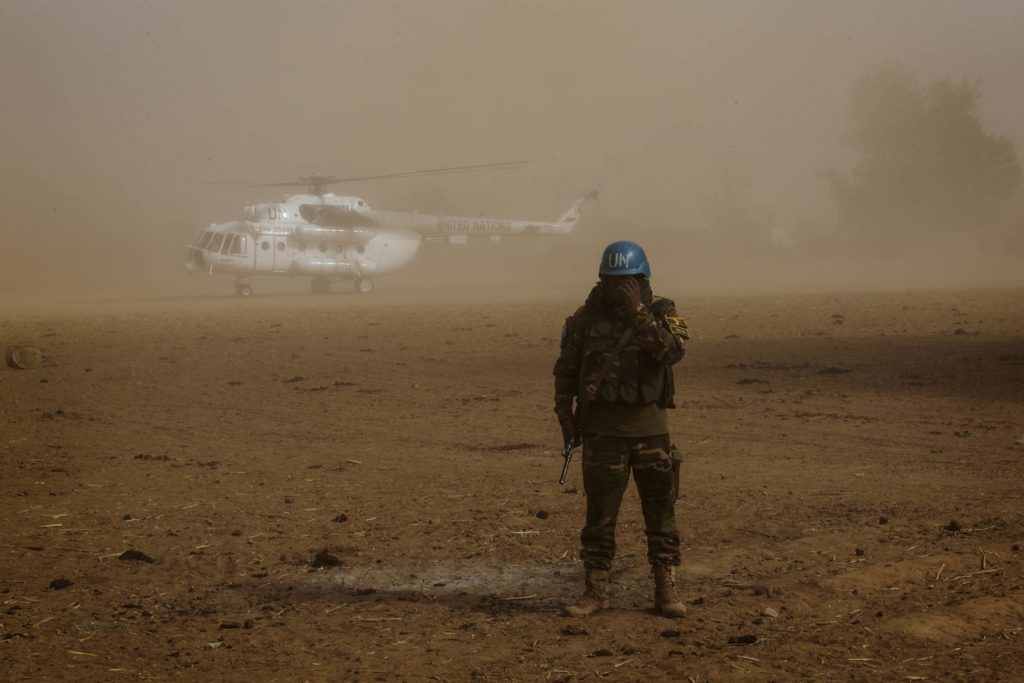 However, also the UN officials are not sure about the future military support for their operation. According to the French government, creating the strong and reliable armed forces in Mali, Burkina Faso, Mauritania, Chad and Niger is the essential need of the region and the first step to stabilization in Sahel. It seems this goal would be impossible to achieve without the military participation of other EU and non-EU nations, and the coordinated actions in the region.

On Monday, November 25th, two French helicopters – a Tiger attack helicopter and Cougar multirole rotorcraft – collided in mid-air during the combat mission. Although the Islamic State and ISWAP immediately claimed the collision was caused by their fire, the French high military authorities denied this. The ´black boxes´ of both helicopters were found and currently investigated, however it is now sure, that the collision was not caused by the enemy fire.

Thirteen French soldiers were killed in this incident, making it the French military highest single loss since 1983 and increasing the number of French killed during Operation Barkhane to 41. 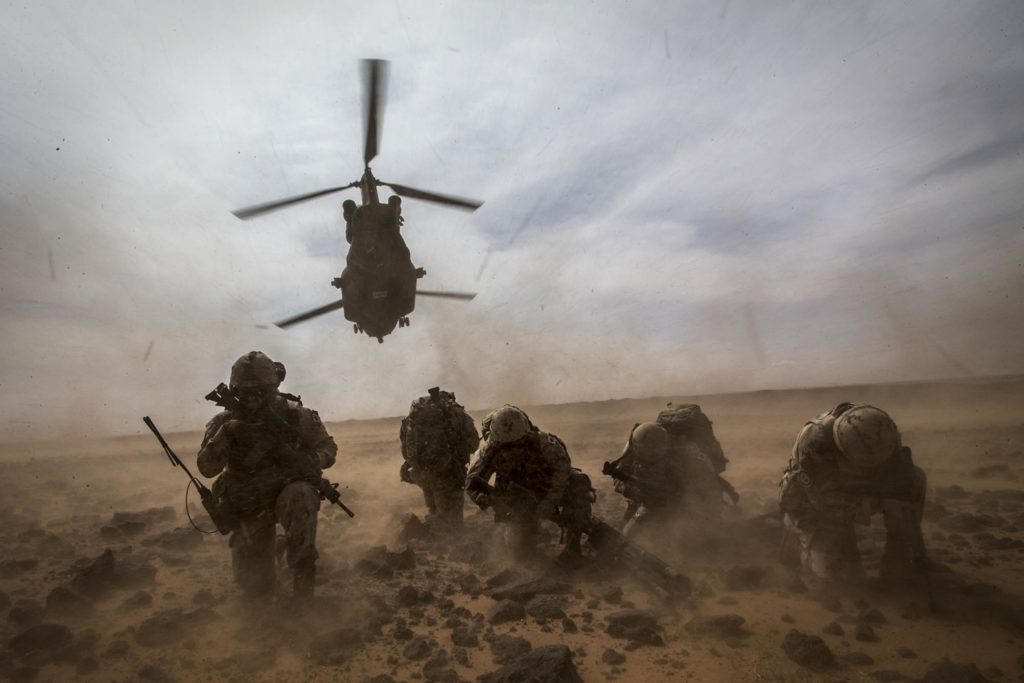 All photos from MINUSMA mission in Mali used under the CC BY-NC-SA 2.0 license. The information from official press releases of MINUSMA, British and French MODs were used.