Breitling Jet Team – the end of the story

On 22nd September, the display performed at Festival Aérien Cervolix in France became the final conclusion of the 17-year-long activity of the Breitling Jet Team. As yet another consequence of Breitling´s exit from the aviation sponsorship, in July 2019 the Swiss watchmaker decided not to renew the sponsorship contract with Apache Aviation, the operator of the aerobatic team.

Breitling watchmaker company was linked to aviation for many years as the Swiss company was the official supplier of aviation watches. The brand´s marketing campaigns were usually related to aviation values as performance, precision, innovation or reliability. At the same time, the company supported several team and individual activities by direct and other forms of sponsorship. 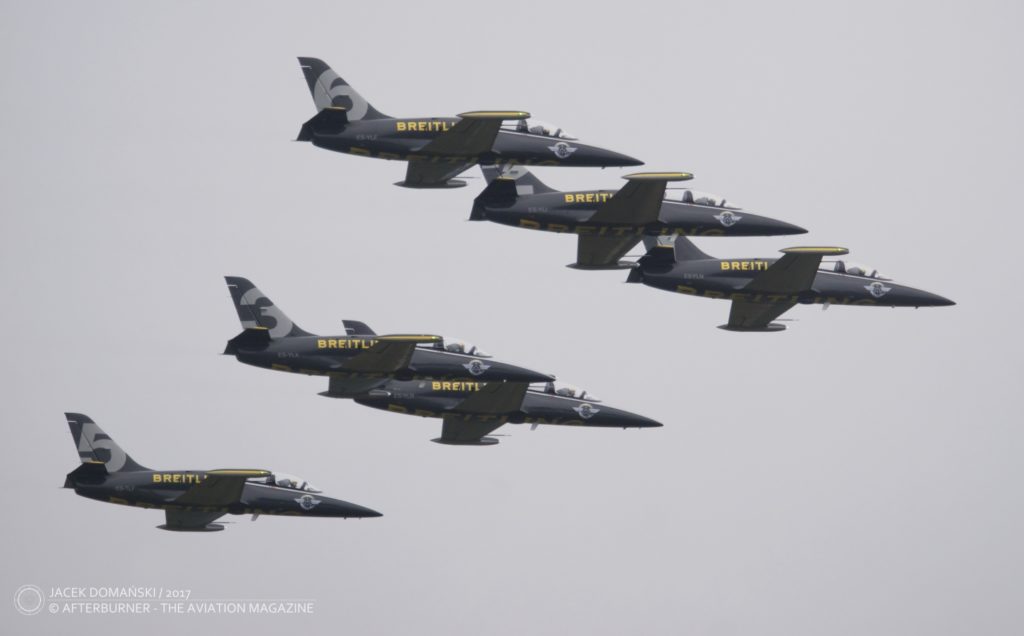 The year 2015 marked the first sign of the upcoming changes, with the Breitling´s decision to withdraw – after nearly two decades – from being the title sponsor of National Championship Air Races (also known as Reno Races).  The new marketing and sponsorship strategy of the Swiss watchmaker company was then announced in 2017, making it clear that, sooner or later, Breitling cease all aviation-related sponsorship. Since that time, this decision already affected several aviation display teams flying under the brand´s name – the Breitling Wingwalkers team, Swiss-based DC-3 and Lockheed Constellation aircraft, to name but a few.

At the end of 2019 season, with the expiry of the existing contract, it is the Breitling Jet Team, which is affected by the Swiss brand decision and therefore losing the main, and title, sponsor. 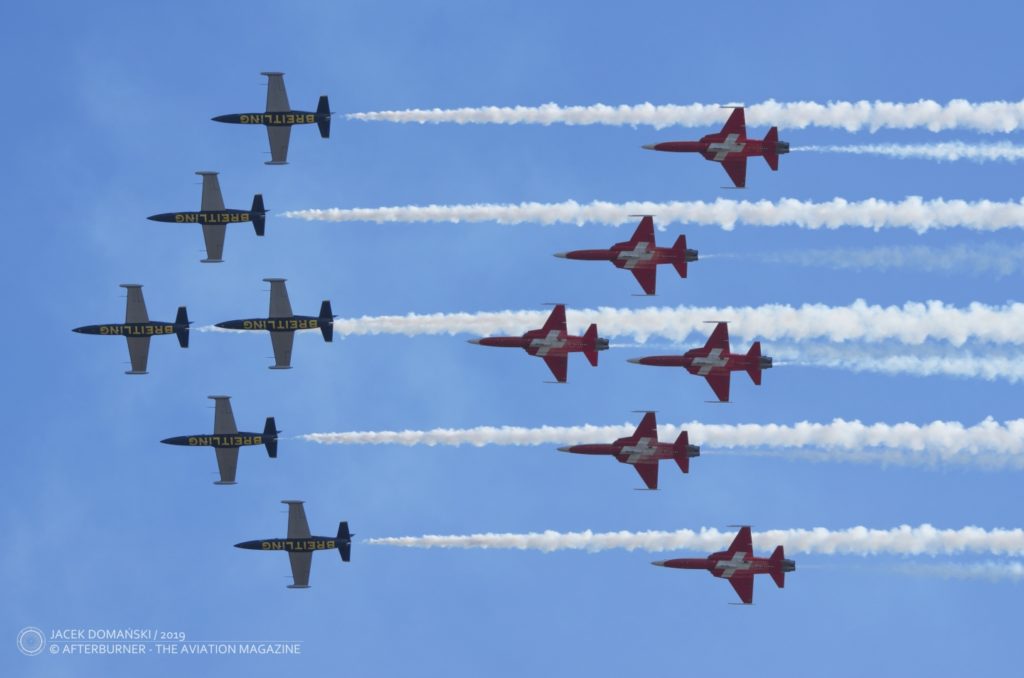 The French aerobatic group was carrying the Breitling logo on their L-39 aircraft since 2003, however the team´s roots go back as far as 1980s. Starting with SIAI-Marchetti SF260, then flying PC-7s and finally, since 2002, operating the Aero L-39 Albatros jet trainer, the team created and led by Jacques Bothelin became one of the most famous European aerobatic groups.

Flying the formation of seven L-39s, the Breitling Jet Team was the largest civilian aerobatic team in the world, and one of the few civilian teams flying the jet aircraft. Each year, the team was performing several aerobatic displays all over the Europe and additionally performed the North America Tour in 2015/2016 and Asia Tour in 2013.

In the regard of the title sponsor, it must me mentioned that, over the years, the team changed its name a few times, following the current title sponsor – flying as Patrouille Martini during the early years, then as Patrouille Ecco, Patrouille Adecco and Khalifa Jet Team. Although, it mostly was a short-time partnership, lasting one or two seasons and this model changed with Breitling, which supported the aerobatic team activity for 17 seasons. 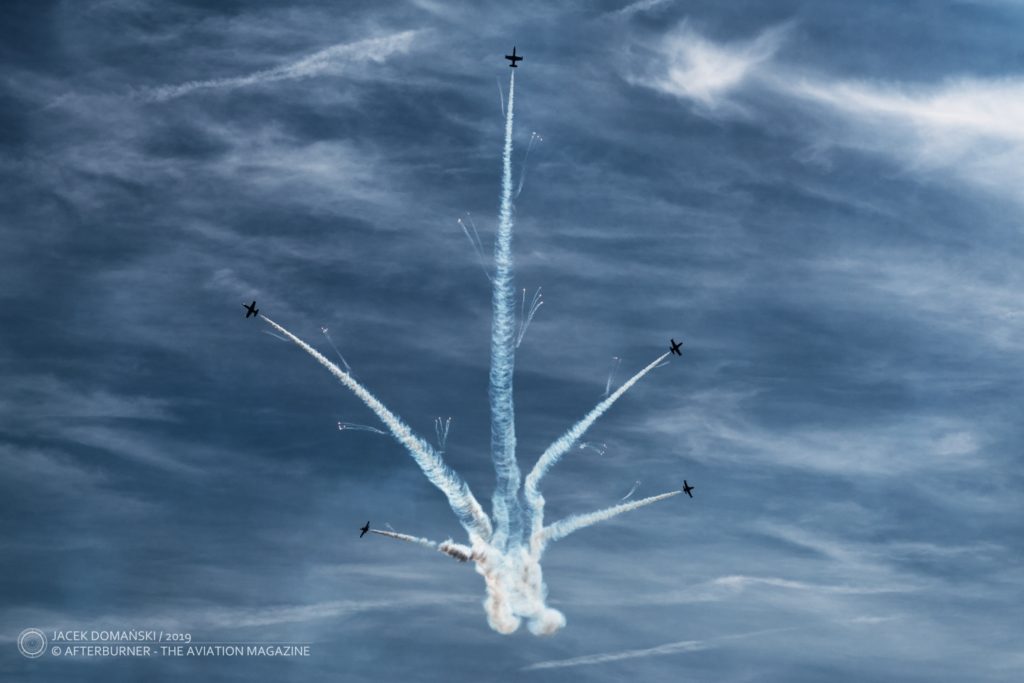 According to the statement released by the Apache Aviation in July, the company would like to continue the operation of the aerobatic team and currently is looking for new strategic sponsor or a group of co-sponsors for the 2020 season and beyond. We have no choice than to believe that those efforts will meet with success and we will still enjoy the marvellous aerobatic displays performed by the team operated by Apache Aviation – under a new name and with new sponsor.

The 17 seasons of Breitling Jet Team aerobatic group were officially concluded, shortly after the final display in Cervolix, by Jacques Bothelin – the team leader, president and founder of Apache Aviation – in a thank-you message posted on the team´s Facebook fan page:

´Yesterday we performed the last public display of the Breitling Jet Team, concluding our 17th season under Breitling’s colours.
We have written together a major saga of the world of airshow, which I am sure will remain a reference for many years…
If I cannot hide a hint of frustration with this shutdown of our activities, I am proud to have brought our team to all these countries, to have performed thousands of displays there, to have flown thousands of passengers, in safety!
Thank you to all those who accompanied, supported, financed, and performed as actors in this incredible dream… but whose reality has carried us further than my most audacious craziness… we can be proud together!
With my sincere gratitude´ 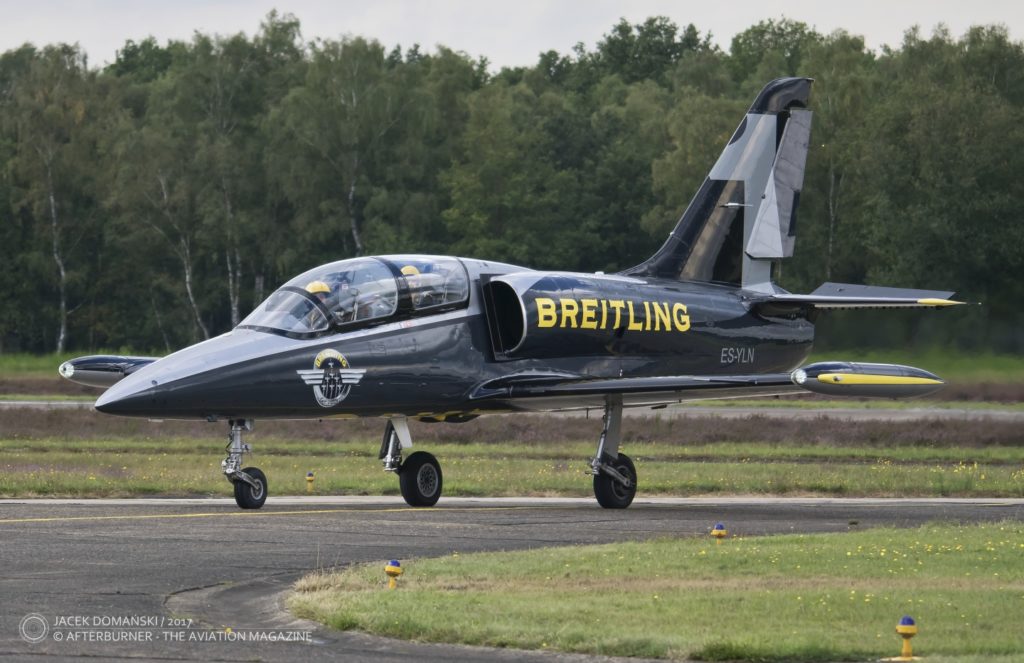