Already shortly after its creation, the post-World War II German naval aviation (Marineflieger), started to play a significant role within the NATO structure in Northern Europe. Officially established in 1956, the naval aviation arm of Bundeswehr was developed with a considerable assistance of the United Kingdom that offered knowledge, training and also aircraft. 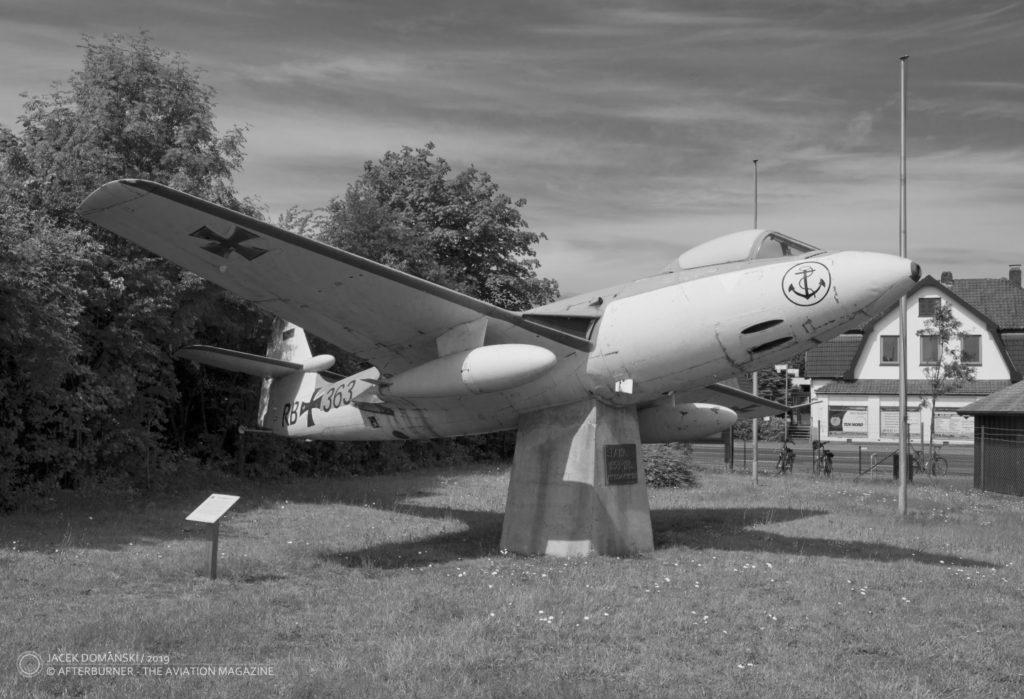 For the first time, a dedicated long-range Maritime Patrol Aircraft (MPA) was officially introduced to the Marineflieger fleet in 1965, with the arrival of Bréguet Br. 1150 Atlantic. Germany and France were the first customers of that new Bréguet aeroplane, following the order placed in 1963 for 20 and 40 aircraft respectively. The new addition to Marineflieger inventory significantly improved the performance of German naval aviation, as Br. 1150 Atlantic was a true MPA, a design created for that purpose from the beginning, not by just adopting an existing aircraft.

The new aircraft was operated by Marinefliegergeschwader 3 ´Graf Zeppelin´ and opened a broad range of new capabilities for German Navy. First of all, the Bréguet Atlantic was a versatile platform for anti-submarine and anti-surface operations, long-range surveillance and SAR missions. And in addition, at least five Br. 1150 were converted into Signals Intelligence (SIGINT) purposes in 1980s  and then used in the long-time intelligence missions in the Baltic Sea, carrying British and American intelligence personnel on board. After the Cold War ended, the German intelligence Br. 1150s were used in the Mediterranean area.

The first initiative focused on replacing the Bréguet MPA fleet was recorded as early as mid-1980s. A study performed by Lockheed and Messerschmitt-Bölkow-Blohm, named Maritime Patrol Aircraft für die 90er Jahre (MPA for the 1990s), was trying to convince the Bundeswehr for purchasing Lockheed P-3C Orion aeroplanes, in Update IV variant.

Despite the first unsuccessful attempt, Lockheed continued with offering MPA aircraft for Germany, issuing further proposals in 1997, 1999 and 2002. They included several variants of P-3C and two future projects of ´Orion 2000´ and P-7, addressed both to Germany and Italy (which was also operating Br. 1150).

However, the times had changed. The Cold War was over, post-socialist countries were aiming for becoming NATO members and everyone was hurriedly reducing the armed forces. Bundeswehr was no exception from this trend, disbanding two marine aviation squadrons and reducing the number of aircraft in the remaining two. 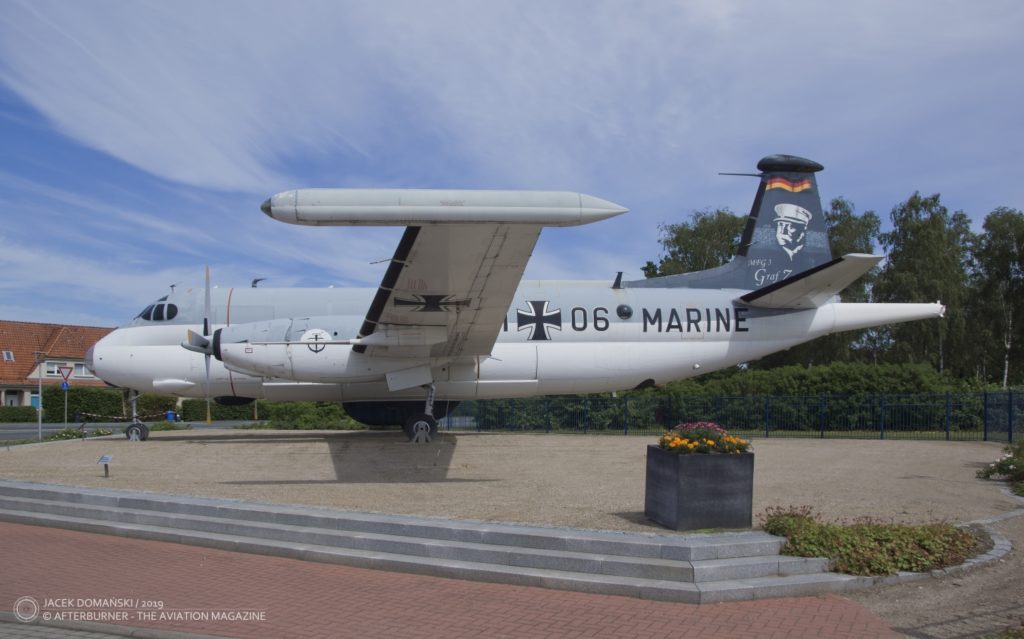 It was no surprise that, although achieving a certain stage of development, all those Br. 1150 replacement programmes were finally rejected by the German authorities. At the time of total disarmament, purchasing a fleet of sophisticated and expensive MPAs seemed just pointless.

In exchange for this, a ´temporary solution´ was chosen – a fleet of ageing Bréguets had to be replaced by just a few, second-hand aircraft, allowing the German naval aviation to keep all capabilities for the next couple of years. Therefore, the decision of acquiring the new MPA could be postponed for a decade or two.

In the time of massive reduction of armed forces, the opportunity presented itself quickly. The Royal Netherlands Navy was significantly reducing its aviation component, totally abandoning the long-range surveillance and combat capabilities. In 2003, all thirteen Dutch P-3C aircraft were offered for sale, and the future inventory of the Royal Netherlands Navy had to be reduced to just twenty helicopters.

A further advantage of Dutch P-3Cs was a CUP, Capabilities Upkeep Programme, already ongoing on those aircraft. The works were performed by the Lockheed Martin company with the cooperation of the US Navy and approved within the Foreign Military Sales procedure.

Germany reacted very quickly and already on 31st October a letter of intent for buying ten Orions was signed. Next year, the number of aircraft was reduced to eight and the purchasing agreement was concluded in November 2004 (the remaining five Dutch P-3Cs went to Portugal). Although the Dutch MPA were manufactured between 1982 and 1984, representing Update II.5 variant – therefore being both older and earlier variant than the aircraft offered by Lockheed back in 1985 – it was expected they would stay in active service for another twenty years. And only then the P-3Cs could be replaced by a completely new MPA platform, if necessary.

At this initial stage, the price seemed to be very attractive. Germany had to pay 271 million EUR for eight aircraft, a flight simulator, spare parts and other equipment. Additional 24 million EUR was required for crew training, that was performed by the Royal Netherlands Navy at Valkenburg air base. The first Lockheed P-3C Orion was officially taken over by MFG 3 in 2006, just in time to replace the Br. 1150, as their fleet was already limited to just four aircraft.

Those last Bréguets were already scheduled to be withdrawn from active service in 2006, but eventually made it until 2010. With decommissioning an aircraft with tactical number 61+03, adopted for SIGINT purposes, the forty year-long era of Bréguet in Bundeswehr was closed. Now it was the time of P-3C Orion.

In a short time, the old saying that bargains come with the highest price was again proved true. The poor technical condition of already purchased aircraft was discovered and Bundeswehr had to dig deeper into the pocket. According to the German press from the era, the total budget spent on acquiring the eight P-3Cs, plus necessary repairs and upgrades to keep them operational, exceeded 441 million EUR.

Certainly, P-3C Orion meant a significant improvement of Marineflieger capability and combat value comparing to Br. 1150 Atlantic. The Lockheed-manufactured MPA could be used not only for long-range surveillance and reconnaissance maritime missions and acting against surface and underwater targets. It could provide command and control support, advanced reconnaissance over inland areas, participate in all kinds of SAR operations and provide support in special-task missions and emergency situations. However, it was also soon discovered, that the advanced, four-engine MPA required also a significantly higher level of maintenance, repair and restoring the combat readiness.

Those information made the purchase of P-3C Orion aircraft became the subject of audit performed by the Federal Court of Auditors (Bundesrechnungshof) in 2010. The audit results, available online, were shocking – it was stated in the final report, that Bundeswehr did not check the technical condition before purchasing the aircraft from the Royal Netherlands Navy, and the P-3Cs were received in a very poor state. One of the purchased Orions had over 850 defects, including the fuel tanks, cabin, vertical stabilizer and tail. Just in 2009, additional 106 million EUR was spent on spare parts and repairs. 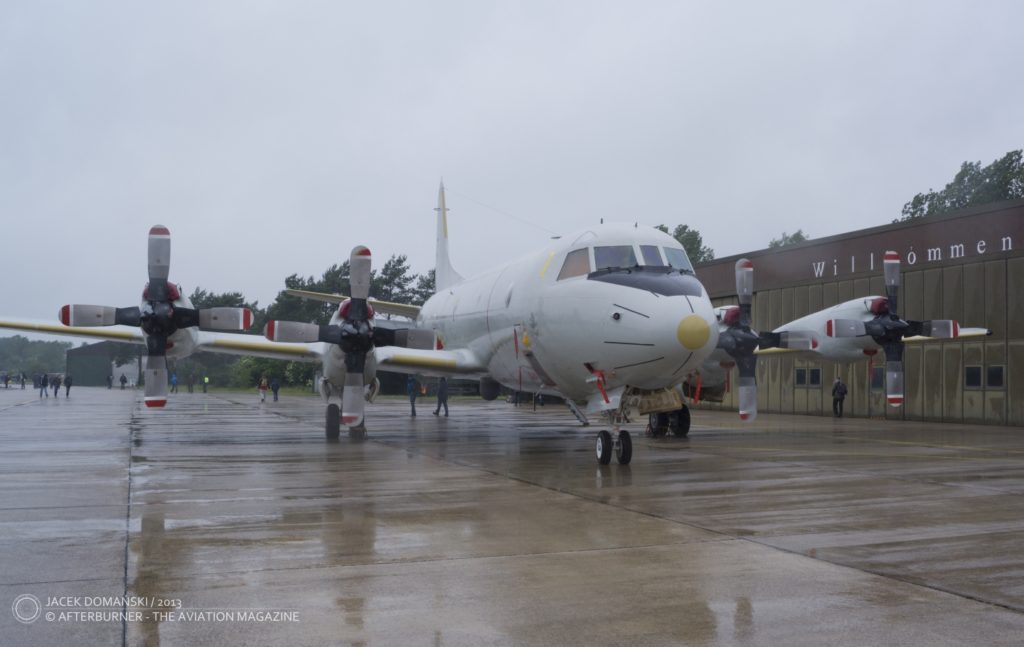 The constant maintenance and repairs increased the amount paid for the contracting company, ten times more than the initial budget was. The audit also stated that the P-3C fleet was able to fly only a one-third of the scheduled flying hours in 2008 and less than a half in 2009. One of the aircraft was still not operational in 2010, used as a source of the spare parts. It was expected by the auditors that the final price for upgrading the German Orions and made them fully operational would exceed 800 million EUR. And this was still just a price for an aircraft, without any armament, as it was not yet included in the budget.

As a conclusion, the Federal Court of Auditors asked Bundeswehr to re-evaluate the need of using the MPA and the number of them. The German armed forces should focus on proper training of P-3C crews, keeping them operational and try to achieve the full operational status for Orions and their crews in 2013. It was also recommended for the aircraft being in a not-airworthy status, to be used for training purposes, without spending money on repairing them. Also the combat capability, other than long-range reconnaissance, had to be re-evaluated – and the weapons purchased only if really needed.

In the meantime, Bundeswehr already started two main upgrade programmes for Marineflieger P-3C aircraft. Apart from the generation change in general avionics and instruments, the IFR capabilities of German Orions had to be significantly improved. Those works, with approximate value of 90 million EUR, were contracted with Airbus. The second main upgrade focused on the complete renewal of mission instruments, both software and hardware. Here, the Lockheed Martin company was acting as the main contractor, receiving an order worth 210 million EUR.

At the beginning of 2014, the Spiegel magazine came with investigative article describing the current status of the German Orions, criticizing the purchase and contracted upgrades. The title of that article was very meaningful – ´Deutsche Seefernaufklärer kosten viel und fliegen wenig´ (German sea reconnaissance aircraft cost a lot but fly a little) – pointing not only a low operational ability of Marineflieger P-3Cs but most of all the vast amount of money spent on purchase and repairs/upgrades.

According to Spiegel, the total cost until February 2014 exceeded one billion EUR – 441 million EUR for the purchase and 573 million EUR for upgrades, repairs and maintenance. Almost three times more than the initially reported cost of 336 million EUR. And this was not the final amount, as Spiegel informed that another 904 million EUR was needed by 2020, to keep the Orions operational. 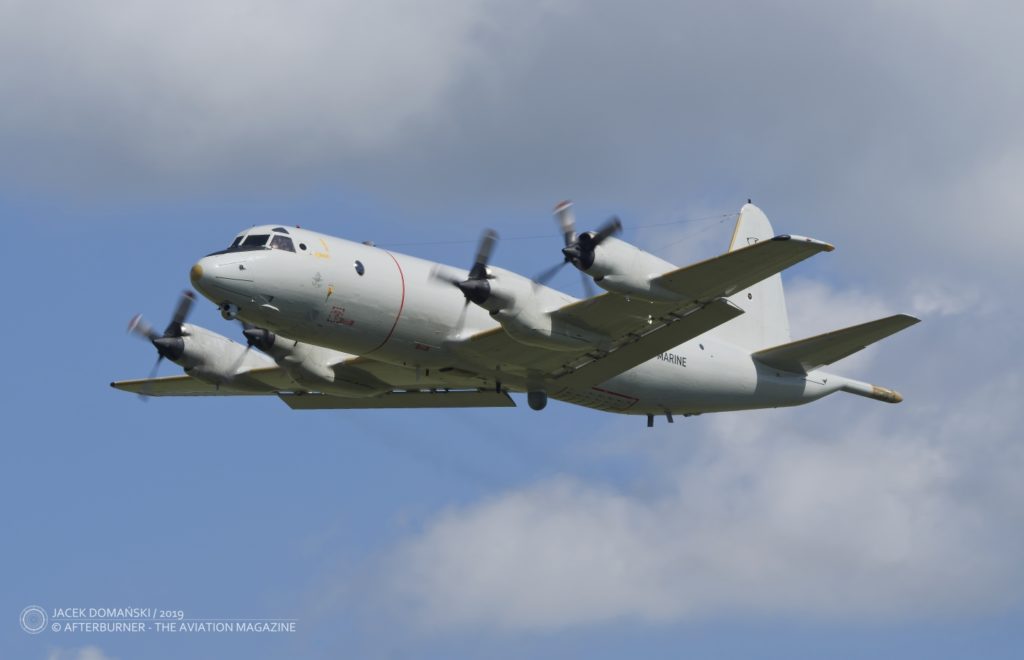 A moment later, the Federal Court of Auditors came with another report, this time criticizing the maintenance of German MPA and the planned investment to maintenance facilities at Nordholz air base.

While the purchase and maintenance of ex-Dutch aircraft was severely criticized, the Ministry of Defence has disclosed that to keep the German Orions operational until 2035, a significant repair must be performed – an implementation of the MLU upgrade kit, with new outer wing, central part of fuselage and horizontal stabilizer, simply called ´re-winging´. It was the only way to secure the estimated operational time for Marineflieger P-3Cs, as structural changes were found during the regular maintenance.

Despite the early criticism, on 1st July 2015 the Defence Committee and the Budget Committee of the Bundestag approved the 300 million EUR worth ´re-winging´ contract within the MLU upgrade programme. The order went to a consortium made of Airbus and Lockheed Martin subsidiaries and the estimated time of upgrading all eight Orions was set for eight years. As a result, the lifespan of German MPA had to be extended for another 15,000 flying hours.

Initially the ex-Dutch P-3C Orions were intended as just a temporary solution, providing the MPA solution for approximately twenty years. However, as it often happen – and with recalling the F-4F purchase, not for the first time in Bundeswehr history – the temporary solution turned out to be the long-term one. The German Ministry of Defence stated in 2015, that the planned life cycle for Orions is at least thirty years, therefore they would not be withdrawn before 2035.

At that moment, after a large amount of money spent on repairs and upgrades, and all other efforts made to achieve the operational status for German P-3Cs, it seemed the only reasonable solution. 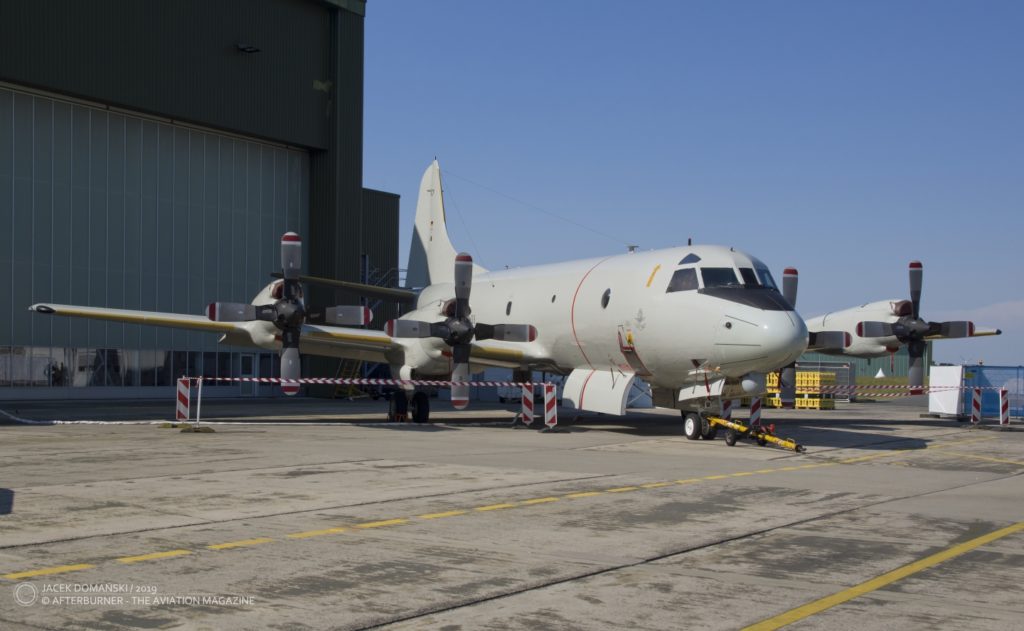