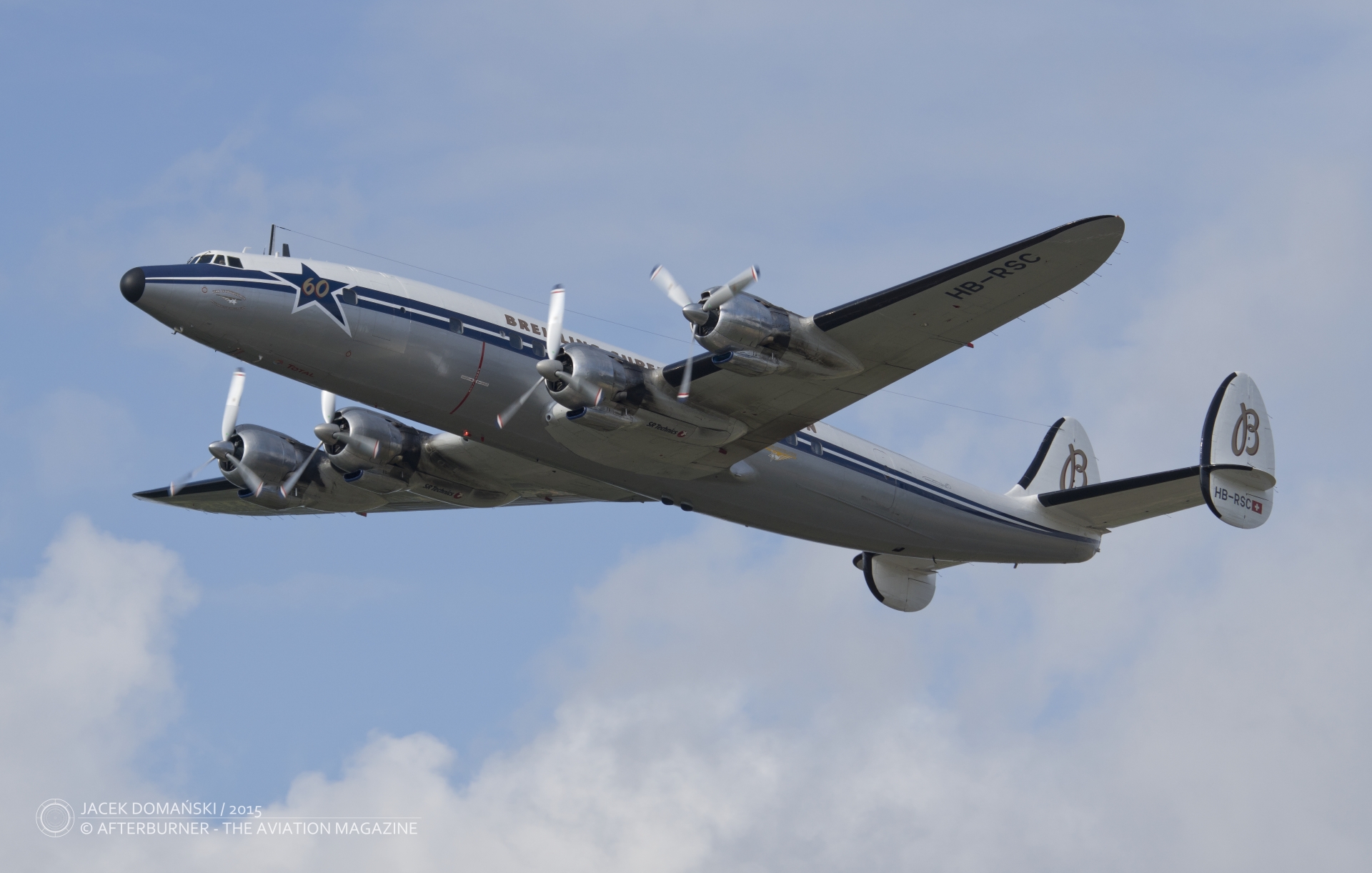 The Lockheed Constellation, usually nicknamed ´Connie´, is one of the first-favourite classic airliners, and often considered the most beautiful propeller-powered airliner ever made. With absolute certainty, its triple-tail and dolphin-shaped fuselage are leaving an unforgettable impression for anyone, who has seen ´Connie´ in the air. Constellation was also the first commonly used airliner with fully pressurized cabin, offering the unprecedented comfort for its passengers.

Introduced in the middle of 1940s, this remarkable airliner managed to remain in service until 1990s. The Constellation family consisted of nine main development lines, including C-69 Constellation, EC-121 Warning Star, L-049 Constellation, L-1049 Super Constellation and L-1649 Starliner. Among all the variants of Constellation, there were also several specialized types manufactured: VIP transport, TV-broadcast, early warning and naval aircraft. The ´Connies´ served during the Berlin and Biafran airlifts, Vietnam War, were used by Dwight D. Eisenhower and Douglas MacArthur as their personal aircraft, some operated as a test-bed aircraft or Microwave Airborne Radio Communications.

The introduction of jet airliners meant the end of huge, propeller-powered aircraft and Constellations were slowly vanishing from the skies in the late 1960s. A few airlines managed to keep single ´Connies´ operational until early 1980s, and – most probably – the last commercial operator of C-121  was a cargo airline from Dominican Republic, that managed to keep ´Connie´ in service until 1993.

Despite a relatively large number of manufactured aeroplanes, just a few Constellations were preserved in fully airworthy condition. Obviously, the main reason was the huge cost of keeping such a large airliner flying safely. And while you can find many preserved ´Connies´ in aviation museums, in the middle of 2010s there were only two of them reported as being still in airworthy condition.

This Constellation began its military career in 1955, flying with the 1608th Air Transport Wing. In 1967, the ´Connie´ was transferred to the Air National Guard and served within several ANG units until 1972. The next stage was flying as an aerial spray tanker until 1976, then changed the owners a few times and in 1984 finally parked at Camarillo airfield in California. There, the 54-0156 shortly became nicknamed the ´Condemned Connie´ due to its desolated condition.

In 1989, the group of enthusiasts established the Constellation Historical Society and started with the restoration of this ´Connie´ to the airworthy condition. After a few years of their effort, the aircraft formerly known as the ´Condemned Connie´ returned to the skies in 1994. At that time, it was one of only five still airworthy Constellations in the world.

On 26th April 2004, the 54-0156 took-off from Camarillo and headed Switzerland, as the aircraft was purchased by the Super Constellation Flyers Association and later re-registered as HB-RSC. The ´Connie´ went through another renovating process, sponsored by Breitling, and soon became the queen of (not only) Swiss sky.

Regrettably, at the beginning of the 2017 flying season, this Super Constellation had a serious issue with the brakes and the landing gear. Initially, it looked as the repairs could be done in a few months, but another problem with the wing flap rods occurred.

As if that were not enough, chipping was discovered on the leading-edge wing spar and this meant a really serious problem – removing and restructuring of the both wings was inevitable, as this was the condition for making the HB-RSC fly again. The problem was that the estimated cost of restoring the ´Star of Switzerland´ was as much as 20 million CHF and, despite the job made and all the efforts of the Super Constellation Flyers association, it was impossible to raise the required amount.

Cancelling all aviation-related sponsoring activity by Breitling was the last straw, and, as a result, the board of members voted for ceasing the activity and disband the Association. The future of ´Connie´ was doubtful, but, fortunately, the resolution came from Germany – the group of investors, based in Bremgarten (Baden-Württemberg, Germany) decided to buy HB-RSC and cover the necessary repairs. The Super Constellation was effectively transferred to the new owner on 1st July 2019.

In November 2019, the aircraft was disassembled and moved by road from Zurich to Eschbach-Bremgarten in southwestern Germany. The well-known Meirer Motors company is taking care about the restoration process, however it was estimated to last more than three years.

Apart from the 54-0156, there are a few other ´Connies´ in the world that are now undergoing the restoration process. Regrettably, it is hard to say when any of them would be finalized, if ever. Bringing back to airworthy condition such a large and sophisticated airliner is a long and very expensive process. A good example is a Lockheed L-1649 Starliner restoration process, launched in 2007 by the German national airline, Lufthansa. After more than ten years of efforts, the project was abandoned in 2018, after spending already more than 150 million EUR on the reconstruction works.