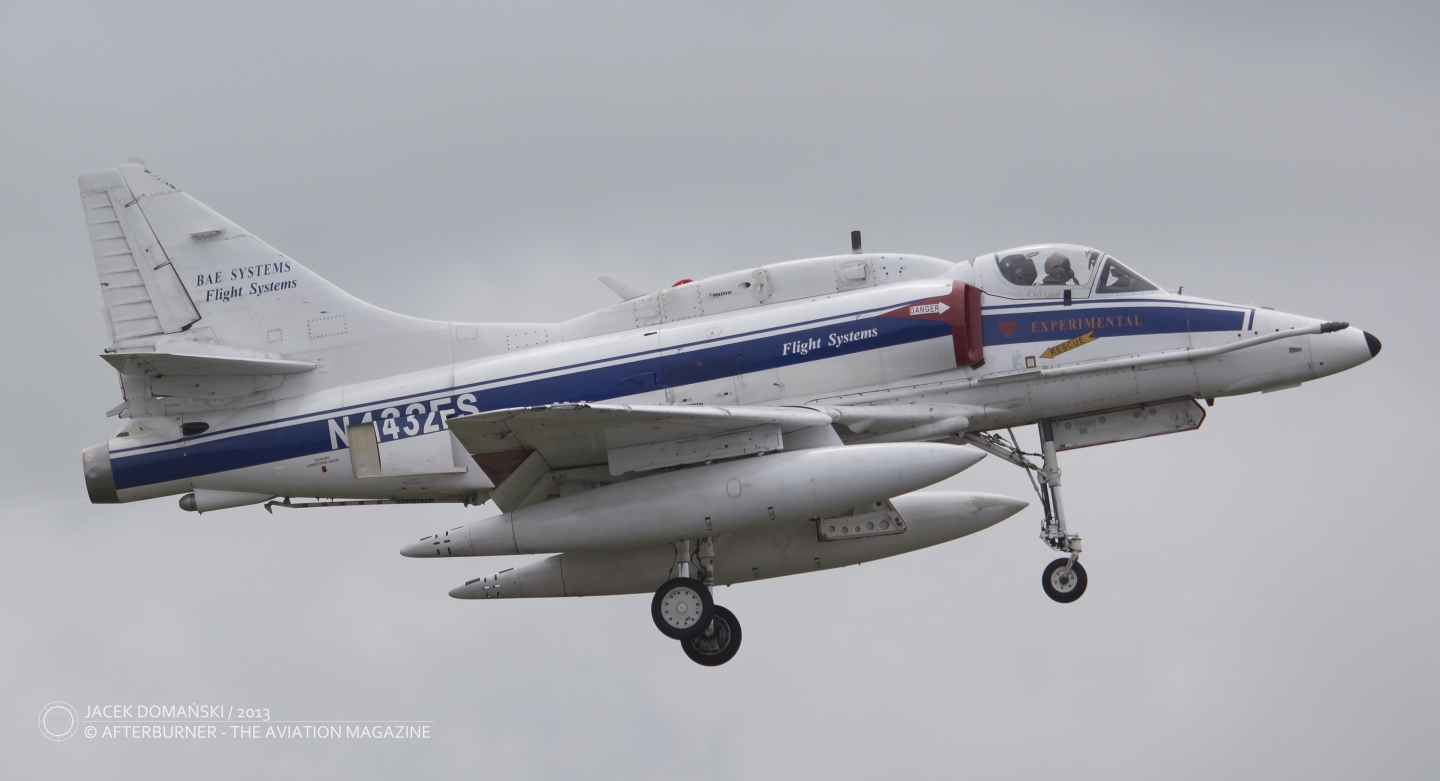 Douglas A-4 Skyhawk, a light, single-seat and carrier-capable attack aircraft was developed in the early 1950s and manufactured by Douglas (later as McDonnel Douglas, after a merge of both companies in 1967) from 1954 to 1979. There were almost 3,000 Skyhawks made and A-4s were operated by 10 countries (both air force and navy) and a few civilian contractors. They are still remaining in active service, for training purposes, in Argentina and Brazil.

The Skyhawks have a long and extensive operational history, playing an important role during the Vietnam War, Arab-Israeli conflicts, the Falklands War but also during the Operation Desert Storm (operated by Kuwaiti Air Force). During its long years of service, A-4s received several nicknames, related to their silhouette, agile performance, speed and tiny size: Kiddiecar, Camel, Bantam Bomber, Tinker Toy Bomber, Heinemann´s Hot-Rod and, the most popular one – Scooter.

Israel was the largest Skyhawk operator outside the United States, where the A-4s became the backbone of the ground-attack squadrons. The first four aircraft were delivered in 1967 and finally Israel purchased 353 Skyhawks, including 46 of them being received from the USA as a compensation for the losses in the Yom Kippur War. Many of Israeli ´Scooters´ came from the US Navy units, being downgraded and with some avionics removed, and then designated as A-4H.

The Skyhawk with serial number 159542 was manufactured in 1972, most probably as A-4M marine variant. Initially the aircraft was operated by the United States Navy but yet in 1974 it was transferred to the Israeli Air Force, included in a batch of 31 A-4N (´N´ stood for the modified Israeli variant with 117 aircraft made) and 4 aeroplanes in a training version delivered that year to Israel. The aircraft was operated with 432 tactical number until the early 2000s, when the Israeli Air Force started to retire its Skyhawks.

In the middle of 2001 the pictured A-4N was purchased, together with a few other Israeli Skyhawks,  by BAE Systems (formerly Tracor) Flight Systems. Six aircraft were then moved to Wittmundhafen air base in Germany and used there for targeting purposes, based on the contract between BAE Systems and Luftwaffe.

The flying display of BAE Systems A-4N was among the highlights of ´Phantom Pharewell´ retiring event organized in Wittmundhafen in June 2013. It was a very unique display due to the failure reported at the end of it. As the precaution, the ´Scooter´ had performed the unexpected additional stunt – the emergency arresting gear landing.

With the end of 2014 the contract between BAE Systems and Luftwaffe expired, and all A-4s returned to the USA in December. 159542 was sold to Draken International Inc, the largest civilian contractor offering air services for military and defence industry customers.

The aircraft underwent maintenance in 2015 and was then re-registered to N162EM, receiving the aggressor camouflage. Currently, it still remains in the Draken International active aircraft inventory.