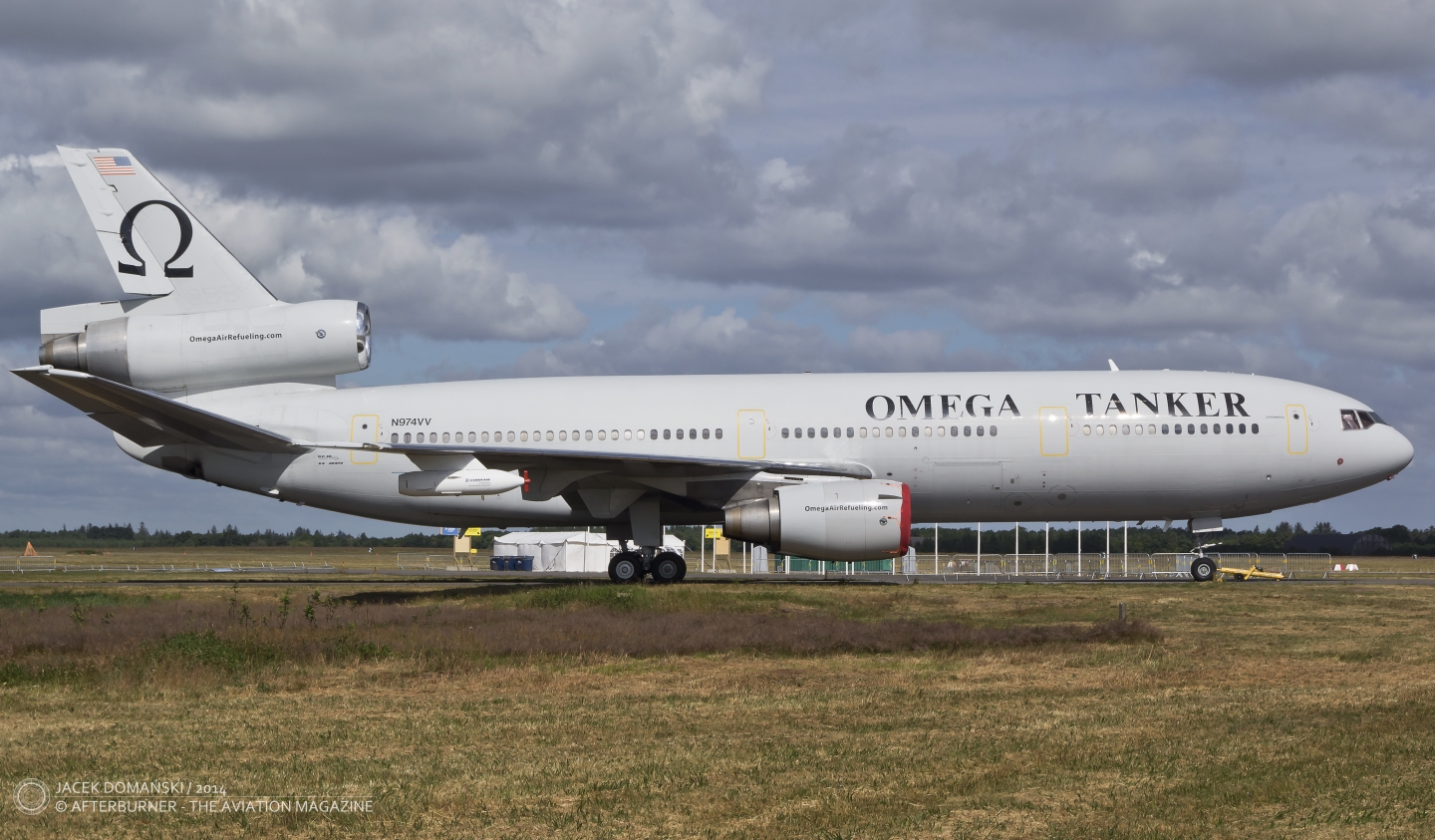 McDonnell Douglas DC-10, a three-engine, wide-body airliner, performed its maiden flight on 29th August 1970. Despite the initial safety problems caused by the cargo door design, DC-10 has gained popularity and was operated by most of the major airlines, cargo forwarders and a few military operators.

Based on DC-10-30 version, the KC-10 Extender air-to-air re-fuelling aircraft was developed, and 60 aircraft of that type were manufactured for US Air Force.

DC-10-40 was the first long-range variant of DC-10, delivered for Northwest Orient Airlines (22 aircraft) and Japan Airlines (20 aircraft, being the only operators of this version. The deliveries for JAL started in 1976 and the airline was flying with DC-10s until 2005.

The pictured DC-10 was manufactured for JAL in 1979 and, after 27 years of service, was bought by Omega Aerial Refueling Services. Between 2006 and 2008 the aircraft was re-built for KDC-10 air tanker configuration with two wing-mounted re-fuelling pods. The re-converted aircraft was for the first time shown at Farnborough air show.