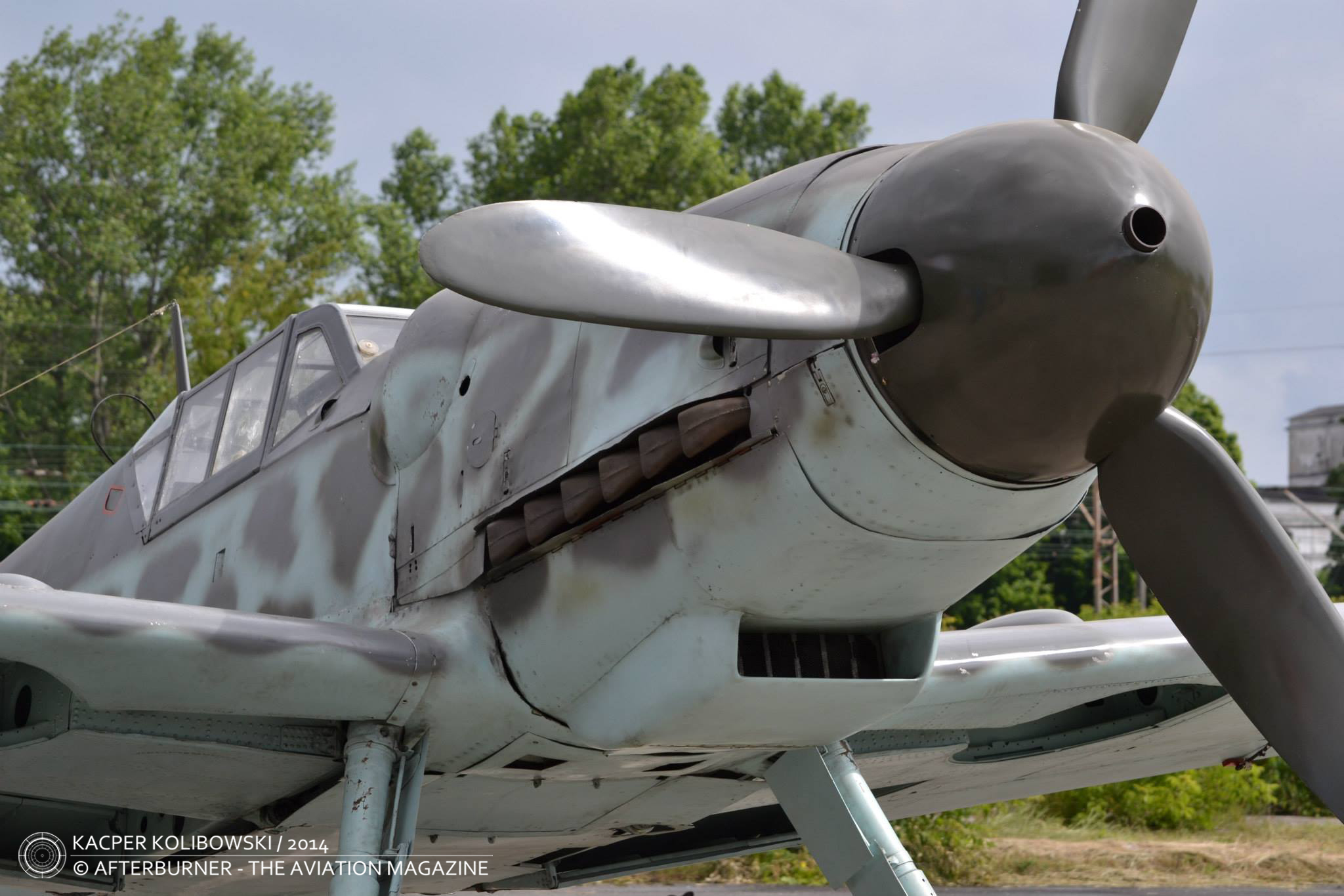 This ´Gustav´ is one of about 12,000 examples of Bf 109 manufactured in G-6 variant, which constituted about one-third of all Messerschmitt Bf 109 aircraft totally produced. The pictured aeroplane left the Messerschmitt factory in Regensburg on 11th May 1944. Within the next few days the aircraft was assigned to Jagdgruppe West (JGr West) – a Luftwaffe fighter pilot training unit, at that time based near Kalisz Pomorski (in today´s Poland). However, the military service of this aircraft and its pilot, did not last long…

On 28th May 1944, yet since the early morning, 24-year-old Feldwebel Ernst Pleines was flying the ´Red 3´ and carrying out routine training flights to practice take-offs and landings. About 0830 hours – shortly after one of the take-offs – Pleines´ aeroplane crashed into lake Trzebuń, about 15 kilometres from the air base.

What caused the crash directly still remains unclear. However, Hauptmann Hans Bosch, then commander of the squadron, wrote a letter to Pleines´ father, saying – ´Yesterday in the morning, on 28th May 1944, your son Ernst was performing practice take-offs and landings with a Me 109 fighter. During one of the take-offs, at 8:31, due to some unfortunate error, the plane turned 90 degrees left shortly after the take-off. (…) Feldwebel Ernst Pleines always flew very well. He and all the students were trained constantly and thoroughly. However, he had to use the rudder incorrectly.´

Bosch´s words may suggest that a mere pilot’s mistake was the reason of this crash. Although, some other sources mention about unscrewed bolts of the engine mount. And that leads to the alternative theory, saying the crash could be caused by the engine failure. In a situation like this, Bf 109 pilot, most probably, just tried to perform an emergency landing on the lake surface.

What is certain is that, unfortunately, the young Feldwebel Ernst Pleines didn’t survive the incident. His body was found and recovered from the lake two days later. The aeroplane remained at the bottom of the lake for more than five decades.

Only in 1999 the Bf 109G-6 ´Red 3´ was recovered from lake Trzebuń by the Polish Eagles Foundation (Fundacja Polskie Orły), with the assistance of the Divers´ Club ´Shark´ from Gdańsk (Gdański Klub Płetwonurków „Rekin”) – with the purpose to restore this historical aircraft.

The preliminary examination of the aeroplane was performed by the divers and confirmed that, despite of fifty five years underwater, Pleines´ Messerschmitt was remarkably well-preserved. This discovery just boosted the restoration plans, but the entire process lasted a few years.

Several parts of the aeroplane, that could not be refurbished and reused, had to be bought or re-created from the scratch. Finally, the Bf 109G-6 ´Red 3´ became not only the sole Messerschmitt Bf 109 in Poland, but also one of the best originally preserved examples of this World War II fighter all over the world – with 80% of original parts used.

After the restoration, the ´Red 3´ was regularly exhibited on a static display of Piknik Lotniczy Góraszka (Aviation Picnic in Góraszka), organized by the Polish Eagles Foundation, and other Polish aviation events. It was also temporarily exhibited in the Polish Aviation Museum in Cracow, where the only Bf 109G-6 in Poland finally found its home in 2014.