The Russian Helicopter company has announced recently that the development of the first Russian offshore helicopter – that started in 2018 under the Mi-171A3 designation – entered the next stage and the production of the first pre-production prototype was already launched.

Mi-171A3 is developed in a cooperation of the ´National Helicopter Centre Mil & Kamov´ and several other manufacturing plants belonging to the Russian Helicopters holding company – for example, Kazan Helicopters is responsible for producing the cargo floor (being similar to one used in Mi-38) and Progress Arsenyev Aviation Company is manufacturing the composite materials for nose and board panels of the central fuselage section. The flight tests of the prototype are planned to begin in the summer of 2021. 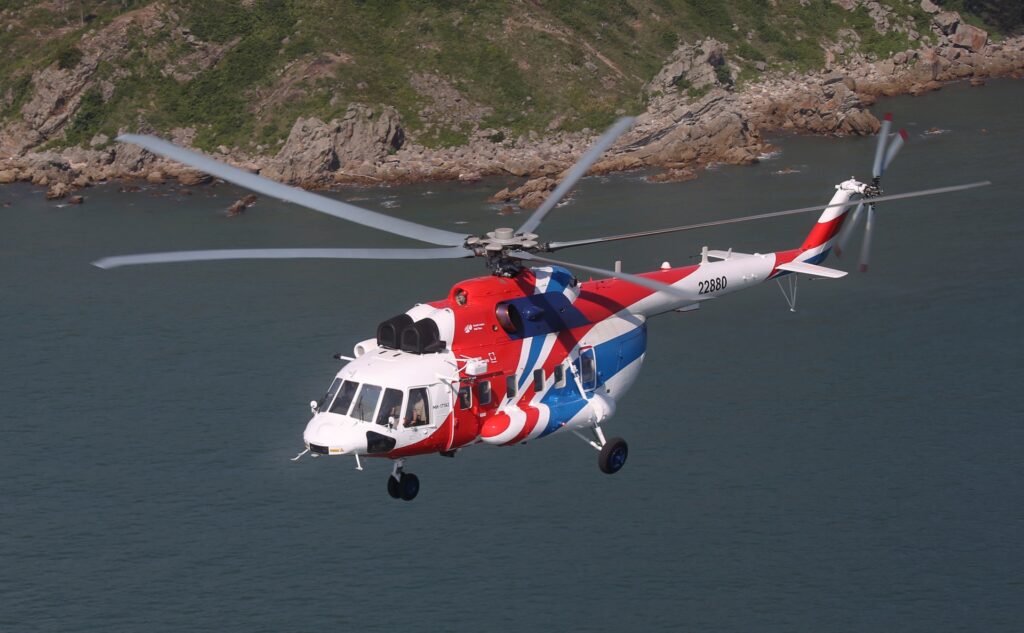 The main task of the developed rotorcraft is to provide services for the fuel and energy sector by facilitating transport of cargo and personnel to the offshore drilling platforms. In addition, the helicopter has to be capable to perform search and rescue operations. Mi-171A3 will be offered with an additional module including on-board hoists, medical equipment and extended search capabilities, therefore being easy to convert – if necessary – into a SAR version by the customer.

´A unique solution ensuring safety of flights over water have been developed for the first offshore helicopter in Russia. The onboard equipment of the developed rotorcraft will allow to navigate in high latitudes and communicate with sea-going vessels. The new aircraft has an emergency floatation system and life rafts, and a special crash-resistant fuselage section developed specifically for it. Currently, separate parts of the helicopter are already being assembled at Ulan-Ude Aviation Plant and the first prototype should be ready for flight in early 2021. Besides, as this is one of the most recent key developments for Rostec, we plan to show this rotorcraft for the general public during the International Aviation and Space Salon MAKS-2021.´ stated Rostec Aviation Cluster Industrial Director, Anatoliy Serdyukov.

After being completely assembled, the helicopter will be transferred to the National Helicopter Centre for installation of avionics system. In the next step, a series of ground and flight test will be performed. 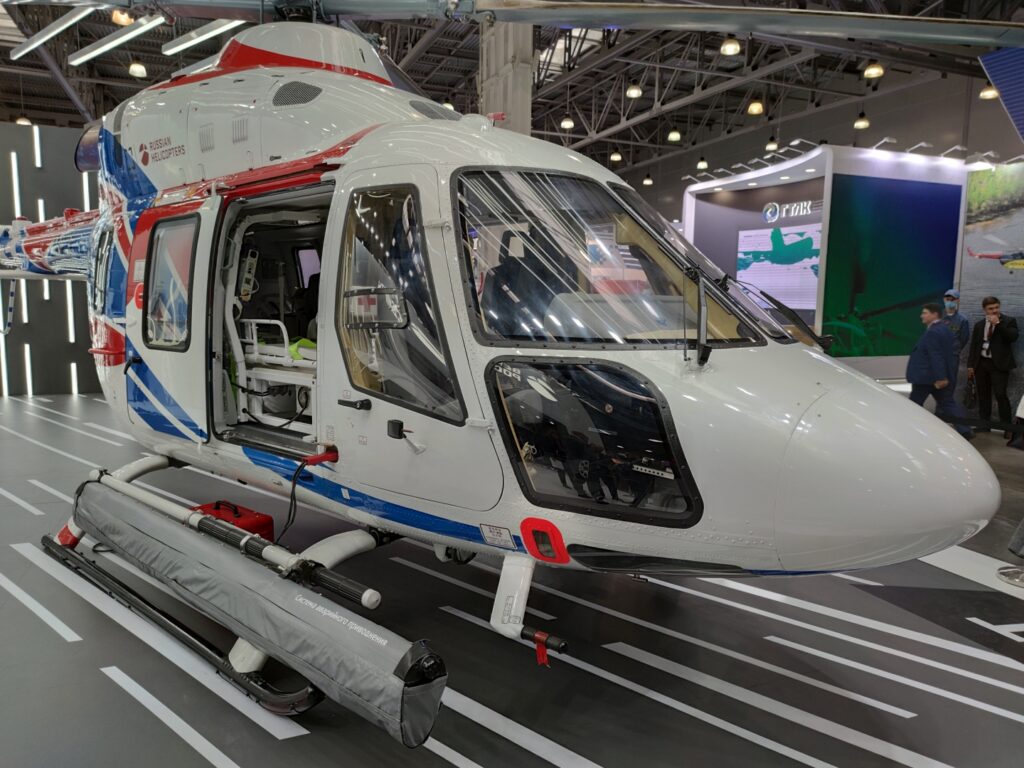 ´Mi-171A3 is very much sought-after for offshore operations. The rotorcraft has been created as a result of cooperation among Rostec holding companies. Expanding hydrocarbon production on the Arctic shelf requires a fleet of reliable and modern helicopters, which can be operated in the most difficult weather and climatic conditions,´ emphasized Director General of Russian Helicopters, Andrey Boginsky. ´Starting from 2022, we will be ready to hand over the first serial helicopters to the launch customer.´

Mi-171A3 will be a multipurpose helicopter that meets the most modern Russian and international aviation standards, including IOGP requirements. According to the manufacturer, the new rotorcraft will be able to carry up to 24 passengers, having the maximum range of 1,000 kilometres and 13,000 kg of maximum take-off weight.

The new Mi-171A3 is intended for operations in various climatic conditions, including maritime, tropical and cold climate, with ambient temperatures ranging between -50⁰ С and +50⁰ С. The avionics of new aircraft will provide the possibility of automated and manual control of the helicopter at all stages of flight, from take-off to landing, and automatic piloting for both air routes and non-regulatory airspace, irrespective of the degree of ground-based radio navigation. 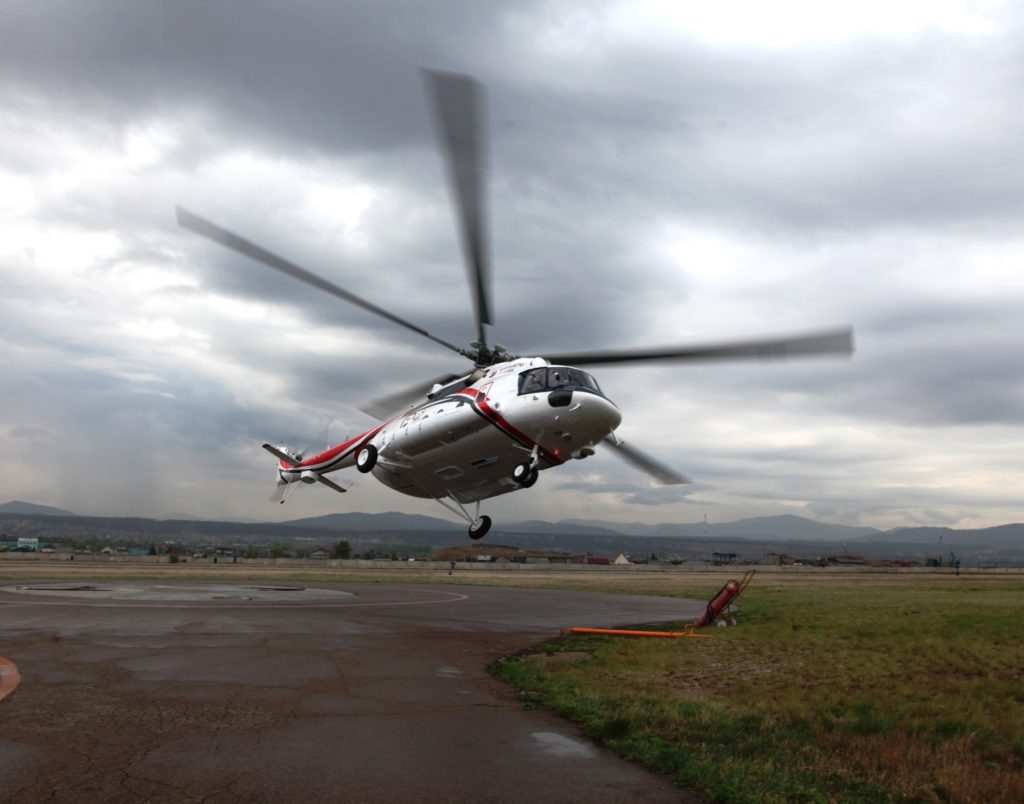