Nagurskoye, a remote Arctic air base located in Alexandra Land (an island in Franz Josef Land archipelago), is the northernmost airfield of the Eastern hemisphere and the second-northernmost in the world (after the Alert Air Base in Canada, located approximately just two geographical degrees closer to the North Pole, than Nagurskoye).

The air base in Franz Josef Land archipelago was established in 1950s, for Long-Range Aviation bombers, allowing them to reach the targets in the United States, and named after Alfons Jan Nagórski – an aviator of Polish nationality, engineer and aviation pioneer (Nagórski was the first person to fly an aeroplane in the Arctic and also the first pilot that performed a loop with a flying boat). 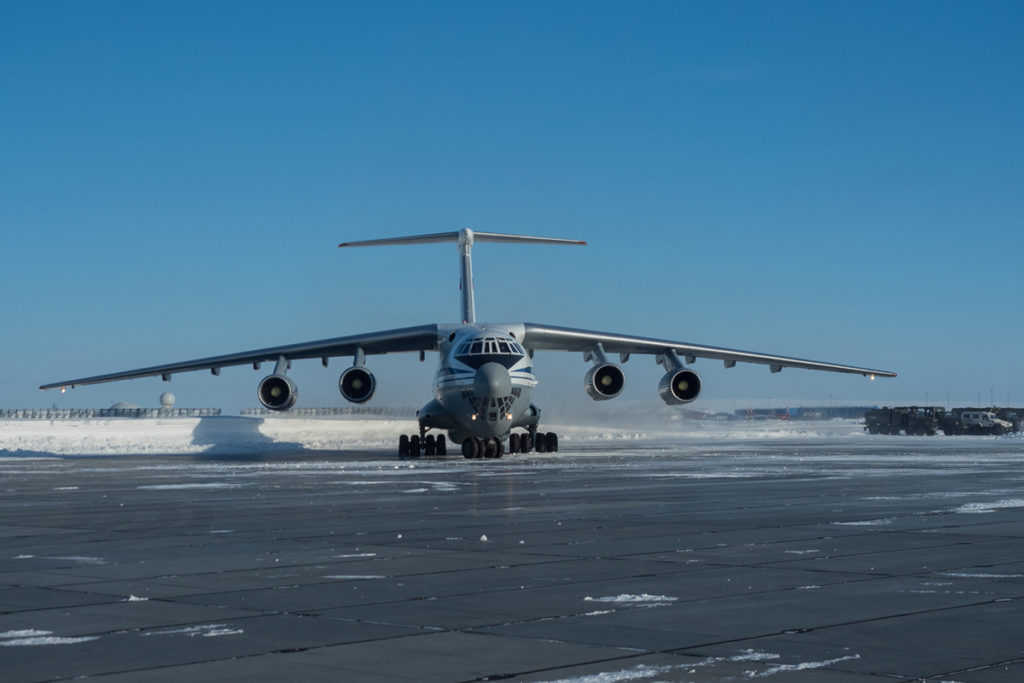 Nagurskoye, the northernmost air base of the Eastern hemisphere

The first military facility in Alexandra Land was established back in the World War II era, and it was a Nazi Germany, that put the remote Arctic island in the crosshair for the first time. In 1943, Kriegsmarine established  a weather station there, codenamed Schatzgräber (treasure hunter). The station provided valuable meteorological data until May 1944, when all crew members (but one, who was vegetarian) were food poisoned by a steak tartare made of raw polar bear meat.

As a result, the station was evacuated in July 1944. The remains of the weather station were discovered in 1947 and then briefly investigated in the 1950s. Only in 2016, the German facility was examined carefully, with more than 500 artifacts found.

Nagurskoye runway was considered to be one of the most dangerous and difficult in the Soviet Union. All operations could be performed only from the seaside, as the other end of the runway faced the high glaciers. Heavy, and unexpected, wind gusts were a common feature and in addition, the airstrip had a bend in the middle.

Due to weather conditions, the Nagurskoye air base could be used only in the winter, which in Franz Josef Land lasts about ten months. In the summertime, the runway used to become wet, ceasing all operations there. 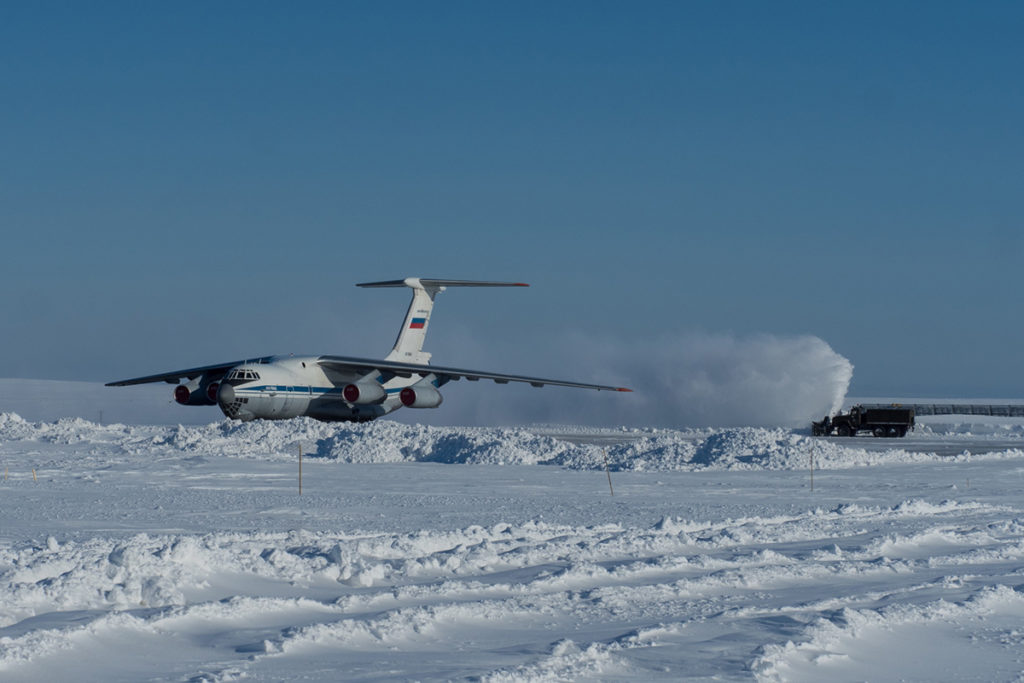 On 1st December 2014, the Northern Fleet Joint Strategic Command was established, as a body within the Russian armed forces focused solely on military responsibility over the Arctic territories. As a consequence, Nagurskoye air base became one of 14 airfields in the Arctic, to be re-activated and upgraded to meet the needs of the newly founded joint command.

The winter runway was then renovated in 2015 and, at the same time, the construction of a modern military facility began. ´Арктический трилистник´ (the shamrock of Arctic) as the complex is nicknamed, is the biggest human-constructed structure far North and covers 14,000 square metres of storages, maintenance rooms, power plant and houses a Northern Fleet tactical group. 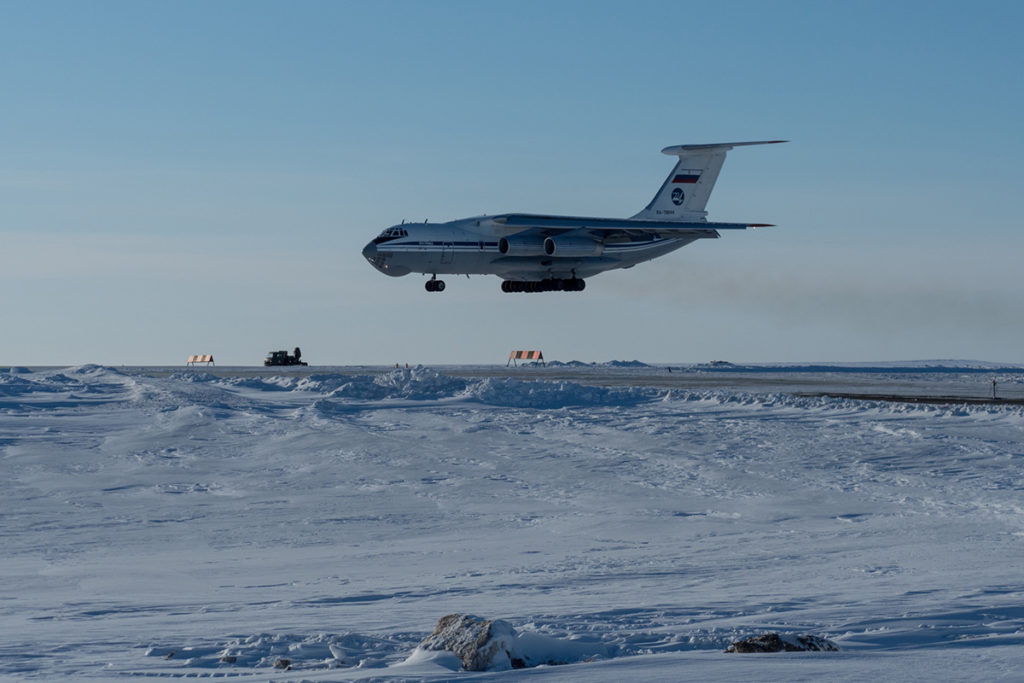 A few days ago, the press service of the Northern Fleet has announced about finalizing the construction of the solid runway in Nagurskoye. The 2,500 metres long airstrip, built close to the ´Arctic shamrock´, is now allowing the all-weather and all-year operations. Its length and other characteristics are allowing most of the Russian Aerospace Forces and Naval Aviation aircraft to operate from Nagurskoye. In the next, final stage of modernization, the runway will be extended by another 1,000 metres – as a result having the capability of accepting any aircraft, including the Russian strategic bombers.

Last week, a formation of Il-76 transport aircraft landed at Nagurskoye, officially opening the new runway for regular operation. The arrival of Il-76s to the northernmost air base in Russia was a part of Arctic training of the Russian Airborne Forces. According to the Ministry of Defence press release, the Airborne Forces performed, for the first time in the world, the high-altitude insertion, jumping from Il-76 at 10,000 metres.

This Arctic exercise lasted several days and includes the airborne reconnaissance, cooperation with UAV operators, elements of JTAC training and destroying the enemy sabotage group. According to Russian, MoD, such exercises will be now repeated in the Arctic area on the regular basis. 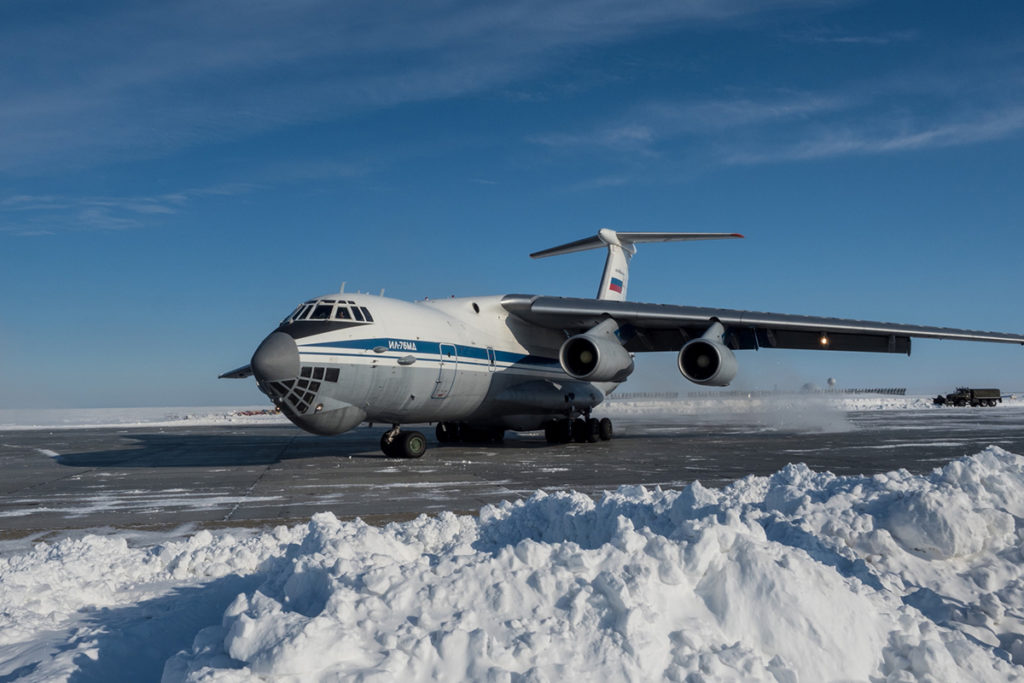