Those two supersonic nuclear bombers that arrived at South Africa, were 7-02 ´Василий Решетников´ and 7-04 ´Иван Ярыгин´ from 6950th Air Base in Engels, Saratov region – both aircraft are in service since 1993 and were modernized in 2017 to Tu-160M1 standard. The Russian bombers were greeted by the South African Hawks, that escorted the Blackjacks to Waterkloof. It was also rumoured the Tu-160s would be escorted by Gripen fighters, but they did not show up at the air base.

According to the official Russian press releases, the pair of supersonic bombers flew almost entire route over the sea, performing the 11,000 kilometres and 13 hours long flight over the Caspian and Arabian Seas and the Indian Ocean. 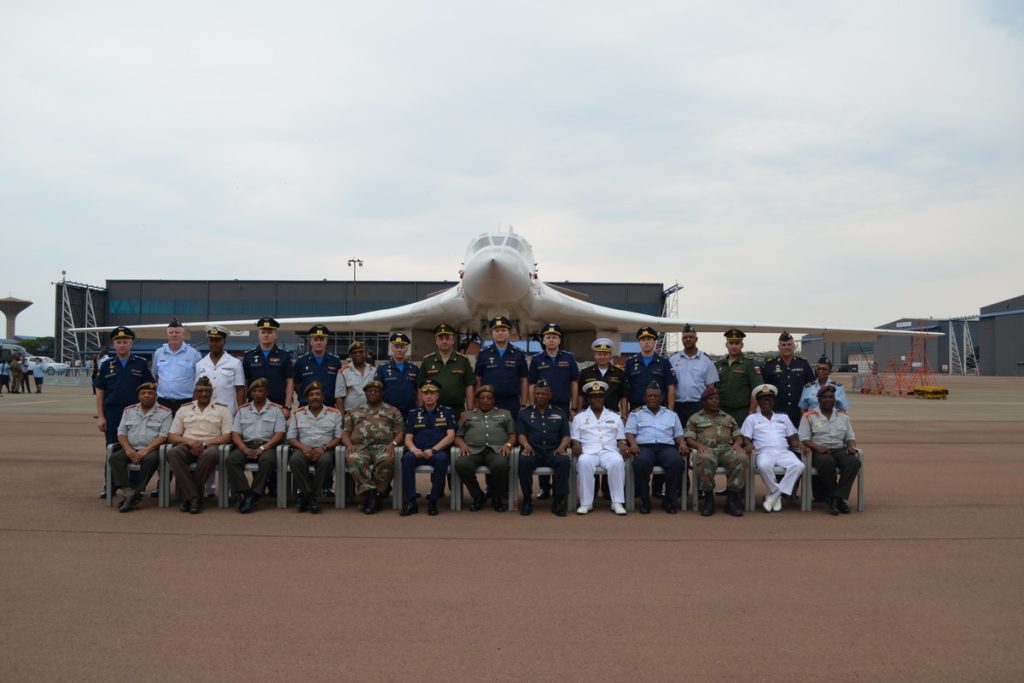 Russian and South African military officials at Waterkloof, in front of one of Tu-160s

This visit, together with the Economic Forum, are the clear signal that Russia remains in Africa, and is interested in a wide-range economic and military cooperation with African countries. Especially now, when China aggressively entered the market and Chinese investments could be spotted all over the continent.

Russian military and aviation industries are the traditional partner for many countries in the region, with the long history of cooperation, dated back to the Soviet Union era. As it was mentioned in our article about the Russia-Africa Economic Forum, there are more than 900 helicopters with the Soviet Union or Russian provenience, that are operated in Africa – 250 of them are the attack helicopters from the Mi-24/35 family. Recently, the military-focused media informed about the Mi-17 delivery to Mozambique and reported about the 160 Russian military personnel deployed to the country.

Certainly, apart from the military reasons, the flight to South Africa is a perfect way how to show the world about the capabilities of Tu-160 and its possibility to perform the long-distance missions and operate from the air bases located far away from the Russian borders. The visit was noticed not only by those somehow related to aviation, but also by the mainstream media and widely commented elsewhere, including the social media. 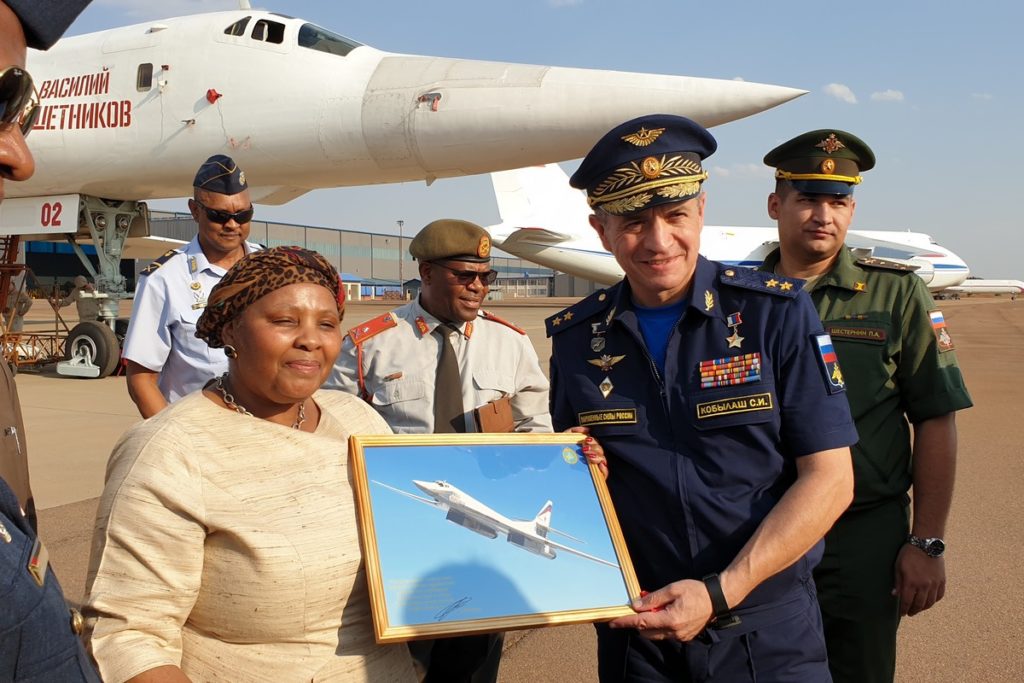 It was not the first time the pair of Tu-160s performed a flight to the air base located half across the world – in December 2018 ´Василий Решетников´, together with 6-01 ´Николай Кузнецов´, visited Venezuela, to show the Russian support for Nicolas Maduro and his government.

During the visit in Venezuela, the Russsian bombers performed several missions over the Caribbean, together with the Venezuelan Air Force. It is almost sure, that similar scenario would be repeated this time, especially that the South African air base offers the perfect opportunity to explore the Antarctic Circle. And the Antarctic area is among the regions of the world that Russia is eyeing up now.

It´s only a matter of time when the information about the joint Tu-160 and Gripen training flights would be disclosed. This would be, without any doubts, a very interesting experience for the Russian military aviation – the Venezuelan F-16s, that performed training flights with Tu-160s were one of the earliest blocks made, delivered to Venezuela in 1983. Opposed to them, South African Gripens were delivered between 2008 and 2012. The South African Air Force operates both Gripen C and D variants, representing in general meaning, the same aircraft as used by NATO countries – the Czech Republic and Hungary. Needless to say, those are exactly the Czech Gripens that are regularly deployed to the Baltic Countries and Iceland, for the air policing missions. 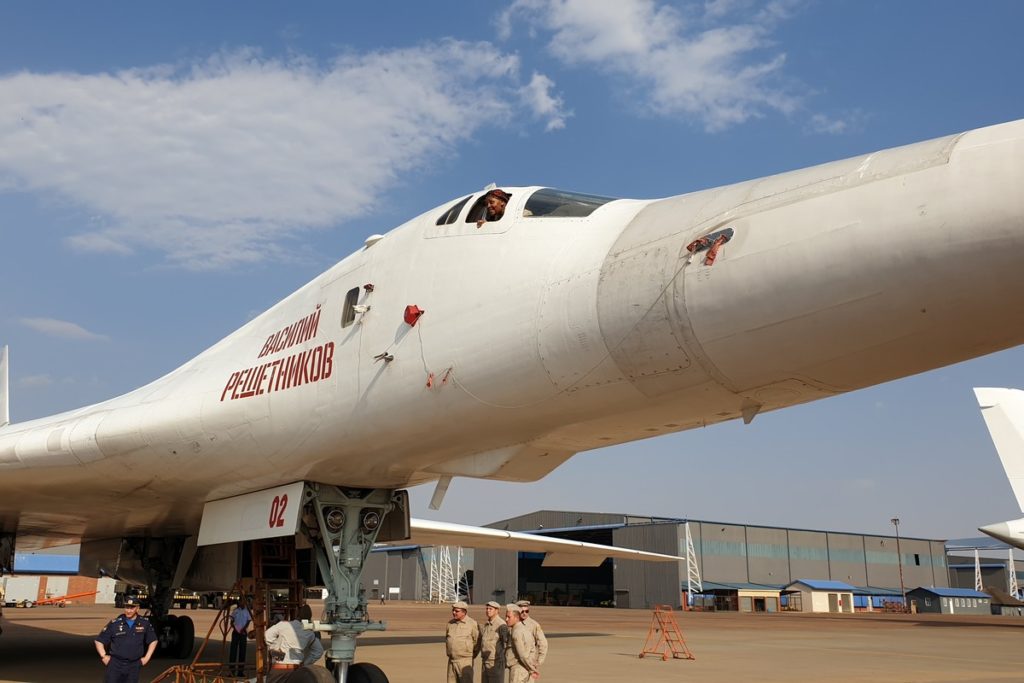 Nosiviwe Mapisa-Nqakula, the South African MoD, in the cokpit of Tu-160

In the shadow of the Tu-160s and their flight there is another noticeable mission performed by the technical support crew. One Il-62 airliner and An-124 cargo aircraft also arrived to Waterkloof, carrying the necessary spare parts, technicians, other military personnel and journalists. Unlike the bombers, the supporting aircraft flew over the African continent, in the airspace of seven countries, according to the TASS agency press release.

At the end, it would be worth to say a few words about the persons, whose names were given to both Tu-160s:

Ivan Yarygin / Иван Ярыгин (1948 – 1997) was a Soviet and Russian heavyweight freestyle wrestler, a multiple world, European and Olympic champion, then a wrestling coach and the head of Russian Wrestling Federation. Yarygin is considered one of the best wrestlers in the world ever and several schools, sport facilities and tournaments are named in his honour. He died in 1997, killed in the car crash.

Vasily Reshetnikov / Василий Решетников (born 1919) is a retired colonel general and a World War II veteran who flew 307 combat missions, mostly as a long-range bomber pilot. He also was the Soviet Long-Range Aviation commander between 1969 and 1980. During the war, he was flying the DB-3F (Il-4) bomber and participated in the Soviet air raids over Berlin in 1942. Reshetnikov was shot down two times, but he managed to return to his unit and fly again. Currently, he is the last living Hero of the Soviet Union who flew the DB-3F bomber. 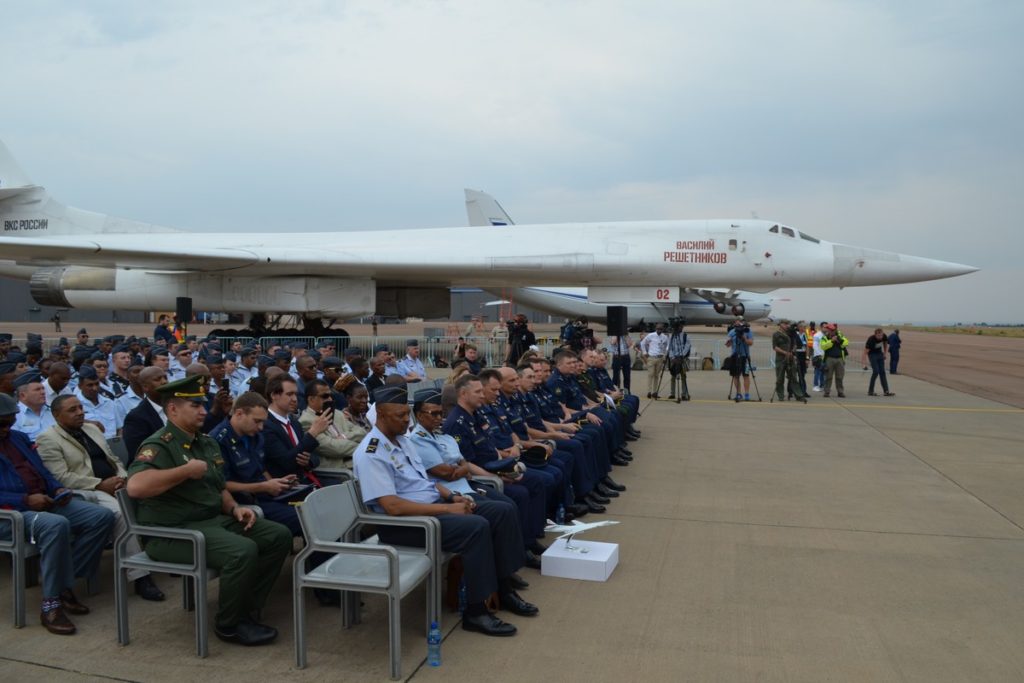