In one of our first articles, issued in April 2019, we brought you a short report from the Fuorisalone exhibition, being the part of the Milan Design Week. During this show, at the ItalDesign stand, the scaled mock-up of the new light multi-purpose helicopter VRT500 was presented to the public.

Now, seven months after this international debut, the development of VRT500 entered the new stage and the first pre-orders were already done. There is no denying we follow this project with special interest, considering the VRT500 a new, attractive design in the light helicopter category. 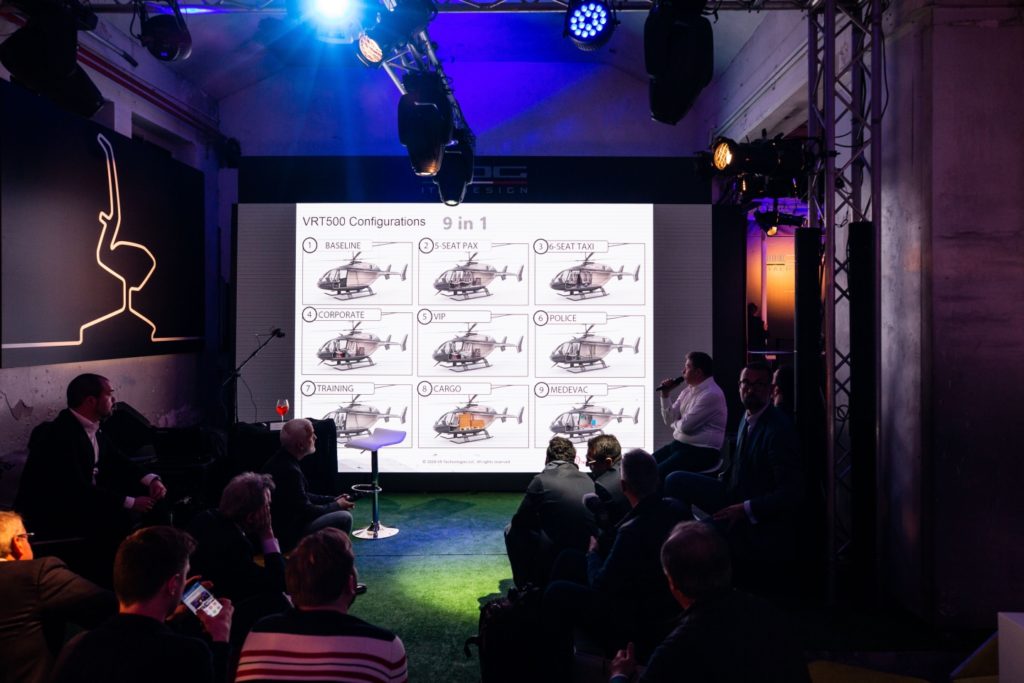 The new rotorcraft is developed by VR-Technologies, an innovation design office of Russian Helicopters Holding Company, established in 2014 to provide research and technical solutions for the Russian helicopter industry. The technical project of the VRT500 programme was successfully completed in early 2019 and the first test flights are planned for 2020. In addition, an application for certification is scheduled still for this year.

This week, at the Dubai Airshow 2019 held between 17th and 21st November, the Russian Helicopters company exhibited the full-size mock-up of VRT500 abroad for the first time. The helicopter was presented at the joint exposition of Russian Helicopters and Tawazun, an Emirati holding company.

‘Today, we not only debut our joint exposition with our strategic partner Tawazun, but we also present the light multipurpose VRT500 helicopter model abroad for the first time. The rotorcraft is showcased as part of the city air transportation programme, which is interesting to our partners as a platform for ground-breaking solutions and technologies. We have a common vision of the future, where the key factors would be security, mobility, and comfort, the factors we would be able to ensure. The next, very important, step for us is to manufacture an experimental VRT500 prototype in the second quarter of 2020’, stated VR-Technologies Director General, Alexander Okhonko. 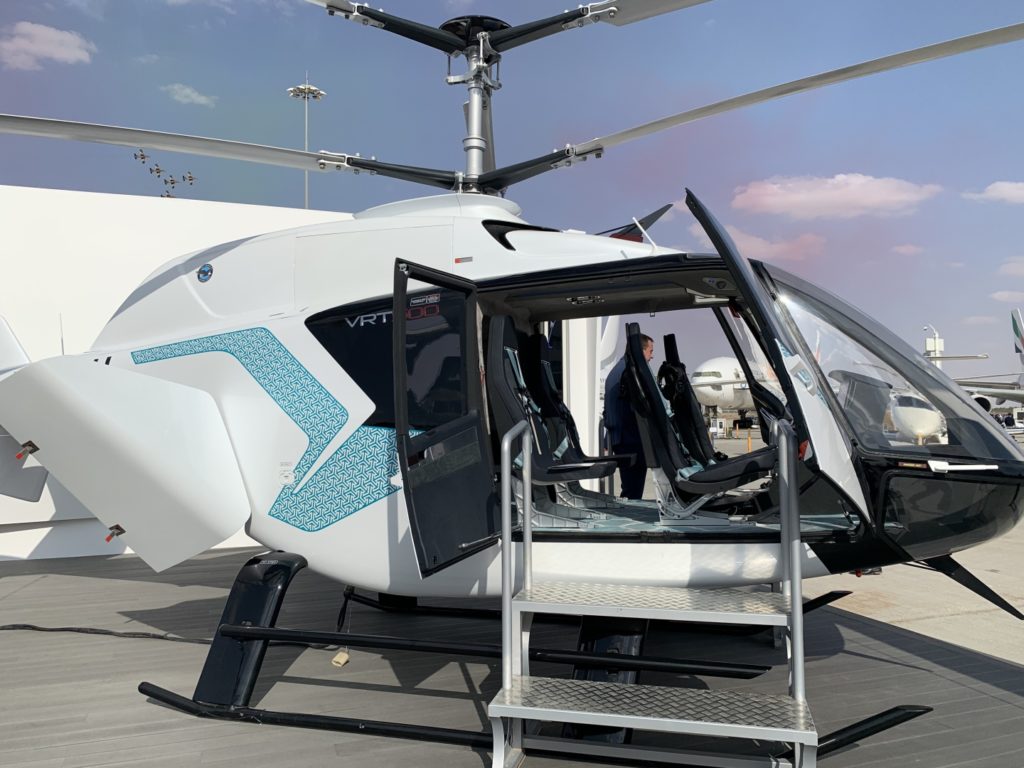 Tawazun Economic Council, according to the company official web site, is an industry enabler responsible for the creation and development of a sustainable defence and security industry in the UAE. The Emirati company not only exhibited together with Russian partner, but also signed during the Dubai Airshow an agreement on the basic terms of purchasing a stake in VR-Technologies.

The agreement was signed by Director General of Russian Helicopters, Andrey Boginsky and Director General of Tawazun, Tareq Abdul Raheem Al Hosani. The transaction is planned to be finalized in the first quarter of 2020 and Tawazun would own the half of the shares in VR-Technology and Emirati company representatives would enter the Board of Directors, with the equal rights as Russian Helicopter representatives.

´The agreement signed today lays the foundation for long-term cooperation in the format of not just colleagues, but business partners. With the support of Rostec State Corporation and RT-Business Development, we were able to achieve full understanding with Tawazun, without which it would be impossible to implement such significant and large-scale projects. As equal partners, we plan to invest at least 400 million euro in the development of VR-Technologies, which will help make the products of this company competitive and in demand all over the world,´ said Andrey Boginskiy, Director General of Russian Helicopters Holding Company. 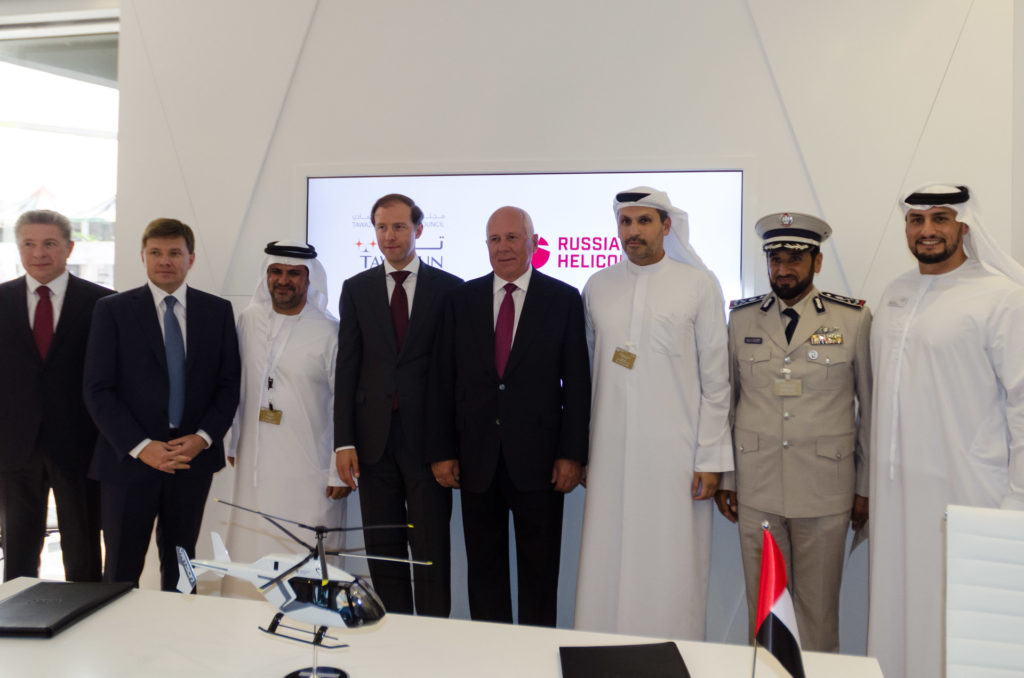 VRT500 is expected to occupy up to 15% of the global market of civil helicopters with maximum take-off weight below 2 tonnes. The Russian Helicopters expects to produce and sell an average of 700 helicopters by 2030, one third being sold to the countries of Latin America and the Caribbean and about 15% is expected to be sold in North America, Asia-Pacific region, Europe, Russia and CIS countries.

As of today, the number of already pre-ordered VRT500 reached fifteen helicopters. In August 2019, during the MAKS-2019 International Aviation and Space Salon, a dealership agreement on the promotion and sales of VRT500 was signed with the Malaysian company Ludev Aviation, which intended to purchase five rotorcrafts.

Additionally, at the Dubai Airshow, VR-Technologies signed a corresponding dealership agreement with Swedish company Rotorcraft Nordic AB, which is going to acquire ten VRT500 helicopters in a basic configuration before the year 2023. The optional equipment, as well as interior detail and exterior paint scheme, will be determined later, when the helicopter already receives a type certificate and a certificate of airworthiness according to the standards of European Union Aviation Safety Agency (EASA).

´Europe is one of the potential markets for VRT500. With its flight and technical performance, the helicopter will compete with rotorcraft of the same class operating in the region. Considering today’s agreement, the order portfolio for VRT500 already includes fifteen helicopters,´ said Okhonko. 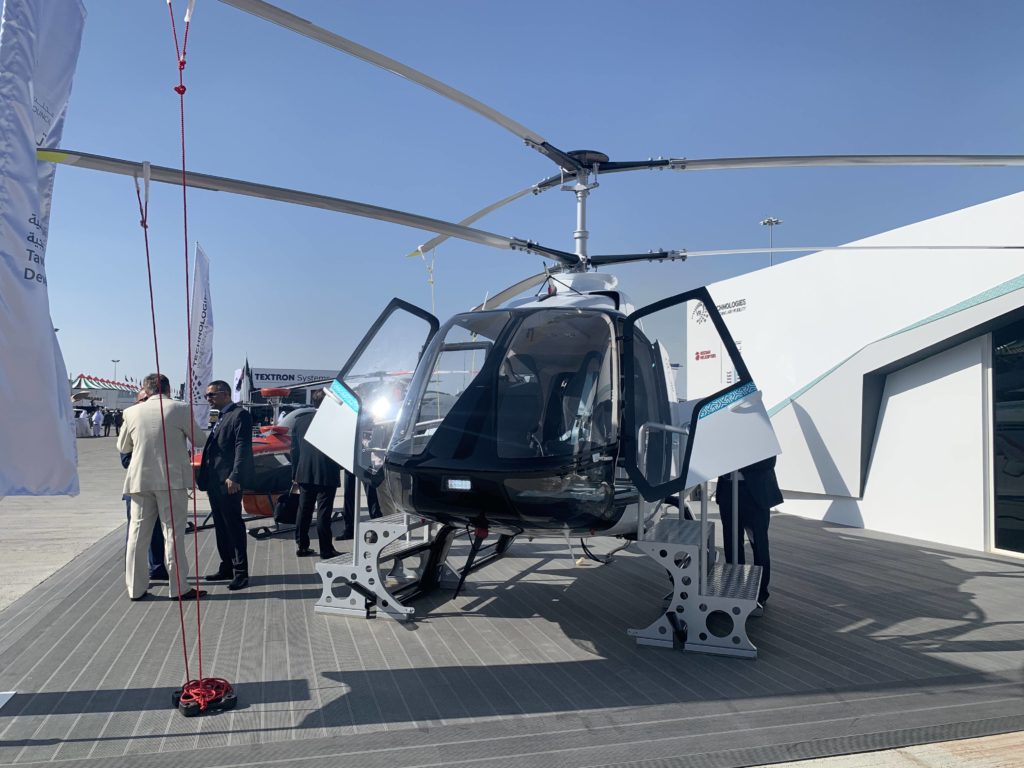 ´Our Russian Helicopters Holding Company enters the international market in a new segment of lightweight single-engine civil helicopters. The VRT500 project is certainly competitive and of great interest to foreign customers, which is confirmed by the agreements reached at the Dubai Airshow with the Emirati Tawazun holding company and Swedish partners from Rotorcraft Nordic AB. I am confident that our new rotorcraft will be appreciated in many regions of the world,´ commented General Director of Rostec, Sergey Chemezov.

VRT500 is a lightweight, single-engine helicopter with coaxial rotors and 1,650kg of the take-off power. According to the manufacturer, this rotorcraft has the most spacious passenger-and-freight cabin in its class, with a capacity of up to 5 passengers, and is equipped with a modern system of interactive avionics. The expected performance includes the maximum speed of 250 kph, range of 860 kilometres and hold up to 730 kg of payload. The helicopter will be offered in passenger, multi-purpose, cargo, training, VIP and medical evacuation configurations.

Together with VRT500, another new development of VR-Technologies, the coaxial rotor VRT300 UAV, was exhibited at the Russian Helicopters stand in Dubai – also having its international debut during the Dubai Airshow.

VRT300 complex is developed in two basic configurations, including a cargo version (for commercial operation as a part of the automated logistical systems) and an extended flight range version (for monitoring land and water surface). Currently the VR-Technologies company is working on equipping the VRT300 with a precise automatic sea craft landing system. 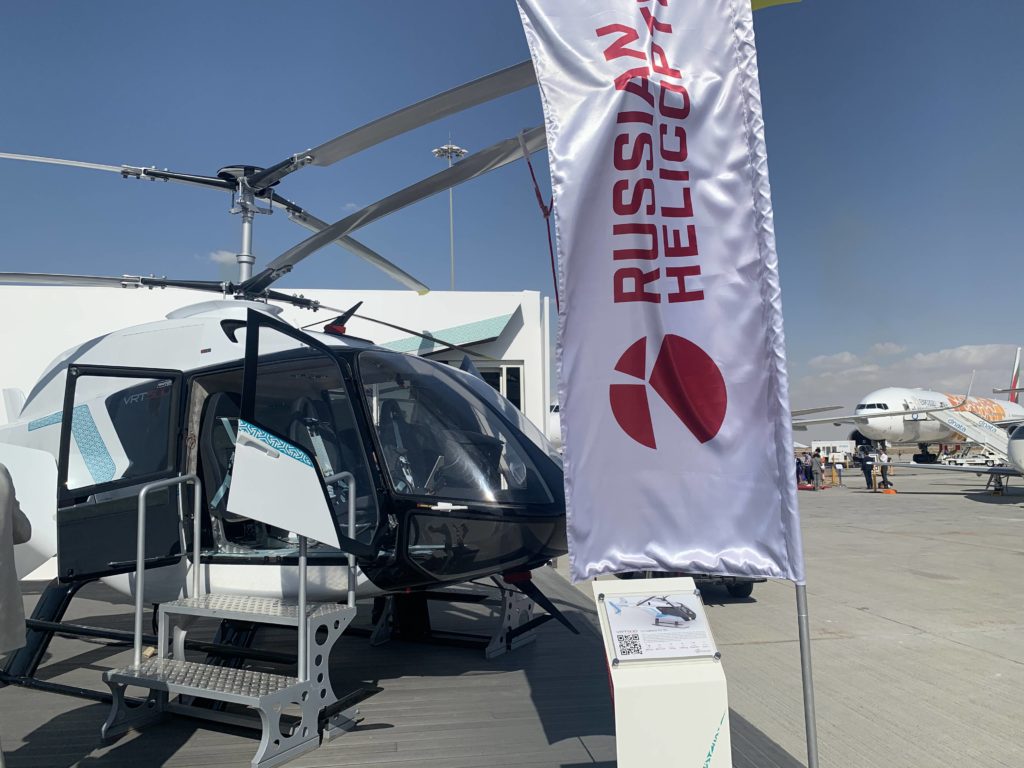