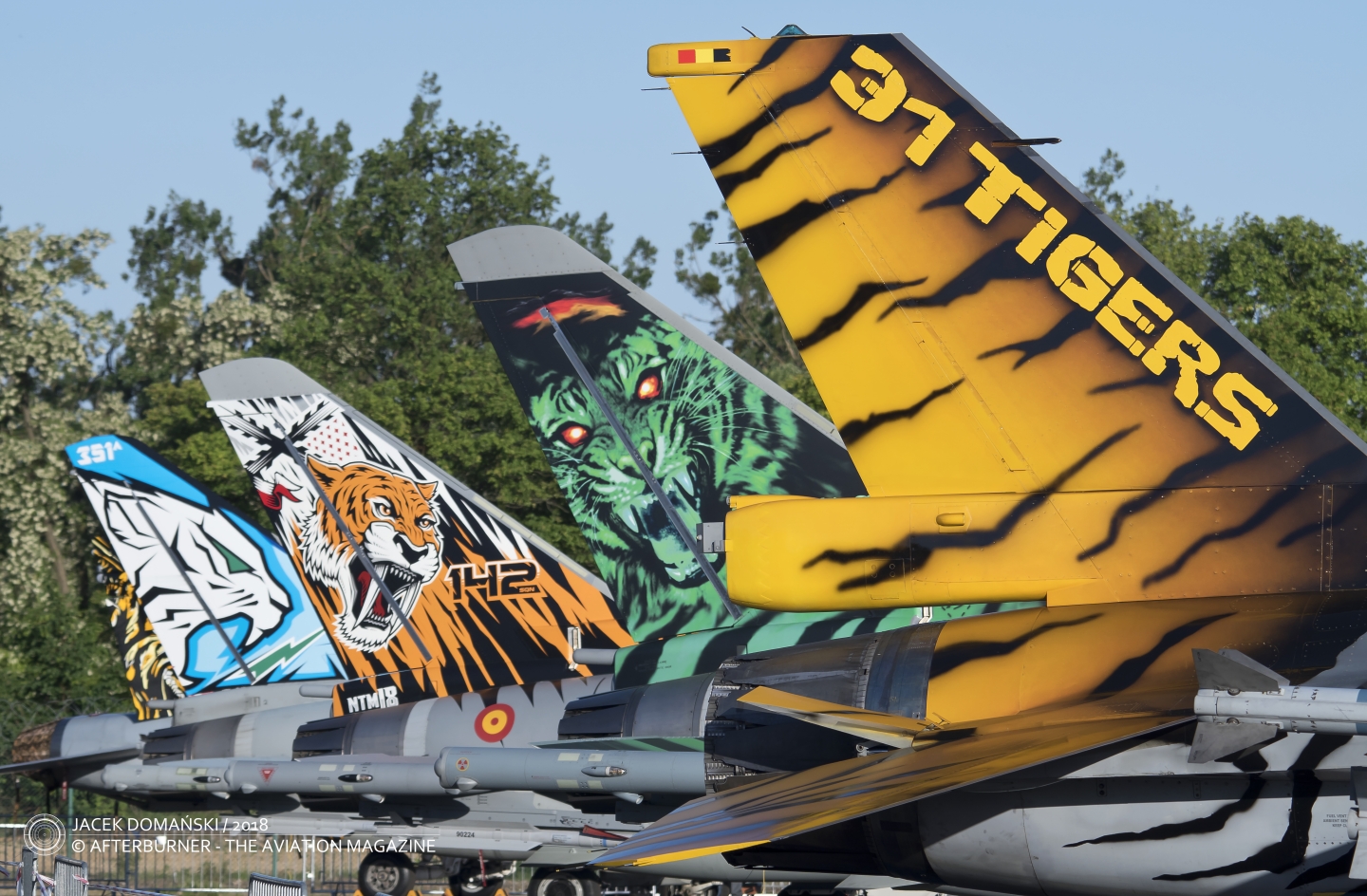 On the photo there are seen:

The 2018 edition of NATO Tiger meet was organized between 14th and 25th May, at 31st Air Force Base located in Poznań-Krzesiny, Poland. This was the very first NTM organized by the Polish Air Force and at the Polish air base.