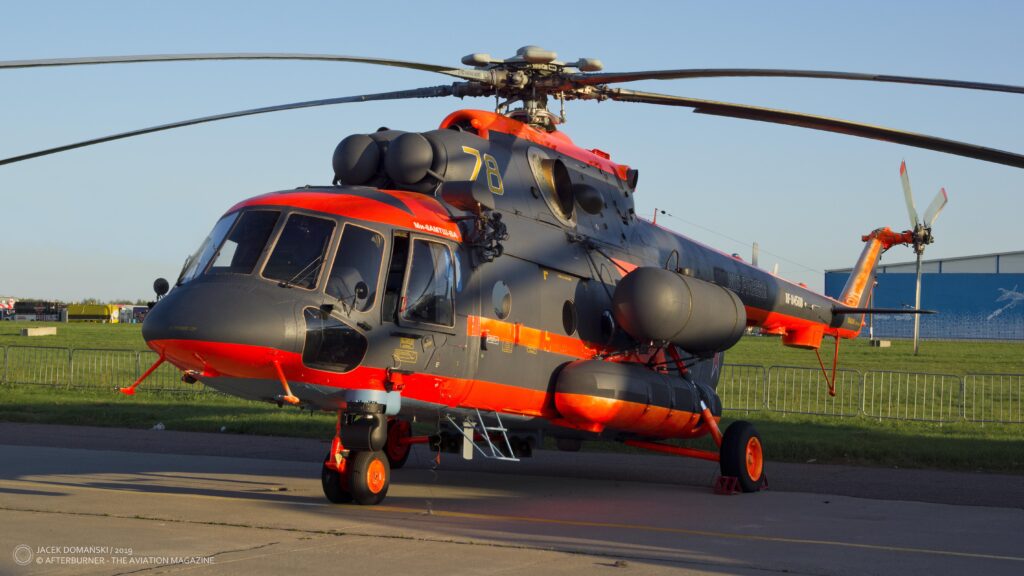 Recently, a few interesting news related to the modernization of the Ulan-Ude Aviation Plant (U-UAP), belonging to the Russian Helicopters, were released by the holding company. The introduced changes were focused on two main aspects – new equipment for the production process and better work organization, both resulting in decreasing of labour intensity and production cost and increasing the productivity.

A certified process simulation facility was launched within the factory premises. This facility works as a platform for interactive training by the principles of lean production and was created in Ulan-Ude as a part of the Russian governmental project for improving labour productivity and employment.

´Factory specialists were the first in the region to receive certificates and were entitled to train employees of companies participating in the Labour Productivity and Employment programme.  Opening of the process simulation facility at the U-UAP was a result of effective interaction between the Ministry of Economy of the Republic of Buryatia and the Russian Federal Centre of Competences in Labour Efficiency, which provided methodological assistance in its creation,´ informed the Managing Director of U-UAP, Leonid Belykh.

The training platform allows to organize interactive workshop for employees as it reproduces a real mechanical engineering production chain and simulates real production process. The goals are achieved through an eight-hour long exercise in format of business game, during which a team of 15 people gets acquainted with methods for identifying losses and determining reserves in workflow optimisation. That unique format of the training allows the process simulation facility to quickly teach crucial skills associated with the lean production approach.

As a result, the simulator provides an opportunity to consciously apply lean production tools to increase labour productivity, gain practical experience and knowledge about improvements in the production process that can affect the operational and economic performance of the company. Nowadays, modern corporations are not only interested in maintaining the already achieved level of production, but also strive for increasing its efficiency. The certified trainers working with the simulator are tasked to teach the employees to speed up their workflow processes and, in doing so, augment the potential of their department, workshop or factory.

Recently, the Ulan-Ude Aviation Plant also successfully implemented an investment project for creating modern, high-performance stamping and machining production. Its production facility no. 64 went through a major overhaul during that process.

The project was aimed at developing new stamping technologies, the introduction of seamless techniques for manufacturing sheet metal and reducing the labour intensity share of manual work in production process.

´We are planning to launch the modernized stamping and machining production in its full capacity during the second half of 2020,´ said Belykh. ´We have already replaced outdated equipment by purchasing and putting into operation modern stamping, cutting and forming technology, as well as upgraded storage systems. As a result, the production facility no. 64 went through a major overhaul, turning it into modernized workshop for stamping and machining operations. It was equipped with a new ventilation system and now creates comfortable conditions for the employees of our company. Finally, based on the results of the project implementation, the labour intensity will be reduced by 34.7% and production cost by 26.9%.

At the moment of finalizing this project, sheet metal parts will be manufactured on a modern digitally controlled elastic forming press, introduced in June 2019. We have already designed all parts for the Mi-171A2/A3 and Ka-226 helicopters to be manufactured using the new press. In October 2019 we have also put into operation press for longitudinal and transversal stretch forming of metal covering sheets, combining the functionality of several different stamping machines used earlier in the facility. Modern stamping equipment will replace obsolete and worn-out hydraulic presses and power hammers, ensuring the safety of the production process.´ added Leonid Belykh and continued: ´To transfer the designs of the old product range to the new equipment, we have created a bureau for modelling the sheet stamping processes, which uses modern software, simulates the shaping process and develops new tools made of modified wood for the production of parts on the new equipment.

We’ve also built an automated warehouse for storing the tools used by the new equipment. Specialized software helps the warehouse worker to keep detailed records on tools and effectively locate them in the warehouse or directly at the presses, keep records of storage and delivery of sheet metal.´ he emphasized at the end.

The investment project being implemented in the U-UAP also introduces modern systems for cutting that, together with its monitoring during manufacture, is now carried out using digital technology. Milling of parts is done by the multi-axis machining system, storage and transport of sheet metal for cutting operations is carried out using an automated warehouse.

The modernization of the cutting facility increased its productivity by 15-50% (depending on the type of parts being manufactured) and the labour intensity of finishing operations has decreased by 30%. Since 2017, using high-performance milling technology the factory has saved up to 1,000 operating hours per year. Thanks to the implementation of a programme for group cutting of parts in various configurations and cutting layouts, material consumption has decreased by 15% and monitoring of sheet metal consumption allowed to make purchases in advance, exactly for the required volume of production.

All this modern equipment is located within the newly created production areas in the production facility no. 64. That production site is provided with all the necessary energy resources and a separate transformer substation was built on the location.

The Ulan-Ude Aviation Plant JSC is one of the aviation manufacturing companies included in the Russian Helicopters holding. The modern production and technological capacity of the factory allows to produce the modern types of aircraft in combination with creating new prototypes at the same time.

Russian Helicopters holding company will participate in the third international aerospace show FAMEX 2019 held in Santa Lucia air base in Mexico. This year the company will exhibit a line of Russian civilian helicopters in […]

During the exercise Emerald Warrior 20-1, Special Tactics Airmen performed a simulated Forward Arming and Refuelling Point (FARP) for F-22 Raptors. For the first time ever, FARP was carried out in an extreme cold weather […]