Already from its first edition in 2015, the open house event organized by the German armed forces met with broad interest, quickly going beyond the framework of initial concept.

Tag der Bundeswehr (the day of the Federal Defence Forces) was intended as a way to present Bundeswehr in a new light, as an attractive and reliable employer, creating in addition social bounds between the German armed forces, local communities and general public. Admittedly, at that time the Bundeswehr did not enjoyed a good reputation among German citizens and politics. There were even talks calling for an extreme reduction of the armed forces and their operations. 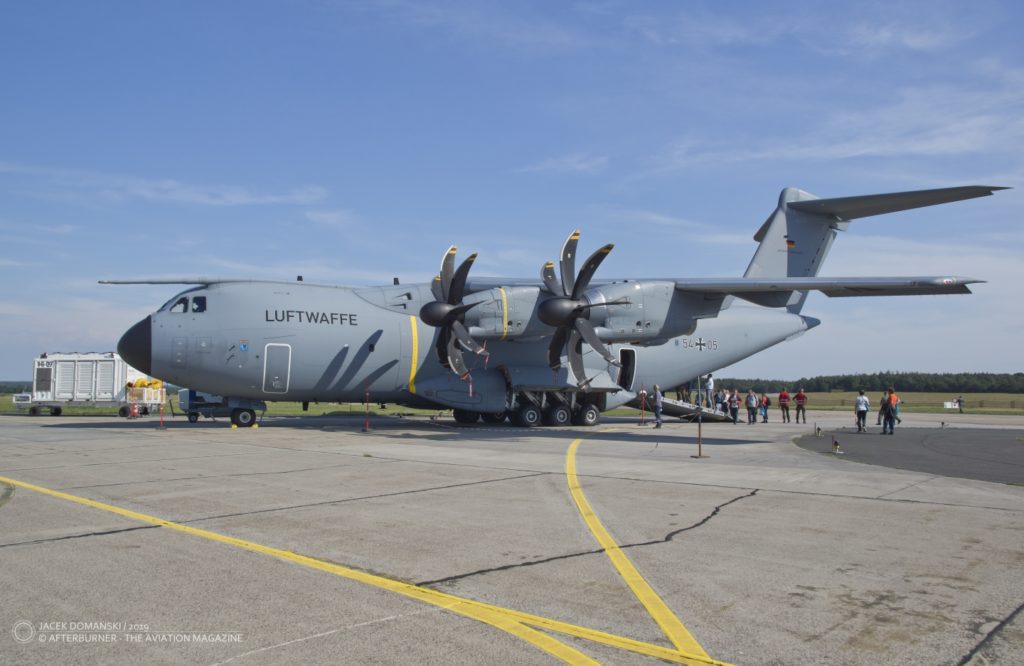 In order to create a completely new image of the Bundeswehr and to show to the general public a reason for keeping the armed forces, during one day in June several military bases, barracks, schools and training facilities opened their doors for everyone. This event, organized under a common theme ´Willkommen Neugier´ (welcome the curious ones) and with a purpose to initiate the above mentioned social bounds, allowed the Germans to learn more about their armed forces, get to know what soldiers are doing and why, and see what equipment they use. One of the most important features of the open day was the possibility of personal touch between the soldiers and the public.

The open doors event quickly aroused the international interest, attracting crowds not only from Germany but also from neighbouring countries. And there was no surprise it was decided to organize Tag der Bundeswehr on an annual basis, together with many accompanying events.

Unlike the usual open house events, organized by particular military unit, at certain facility and focused only on the specialised presentation, the day of the German armed forces includes all branches of the Bundeswehr and is a country-wide event. Several different military objects opens their doors that day, showing the backstage of ground forces, Luftwaffe, navy, education facilities, logistics and many others. Both the locations and participating units are rotating year by year.

In 2019, the date of the main event was set for 15th June and fifteen Bundeswehr locations were selected, from Fliegerhorst Schleswig-Jagel (Schleswig-Jagel air base) in Schleswig-Holstein at the North, to Pfullendorf in Baden-Württemberg, at the South (near the Lake Constance). Eight of those locations were debuting as Tag der Bundeswehr locations, for the first time allowing the general public to see those facilities from the inside.

Usually, one of those selected locations was an air base, but the 2019 edition was exceptional, offering the possibility to visit three German airfields – Schleswig, Nordholz and Fassberg. In addition, all those three air bases organized a special spotter day, held a day or two before the main event. This was another surprise of Tag der Bundeswehr 2019, as usually there was just a single spotter event organized, for a very limited number of registered participants. 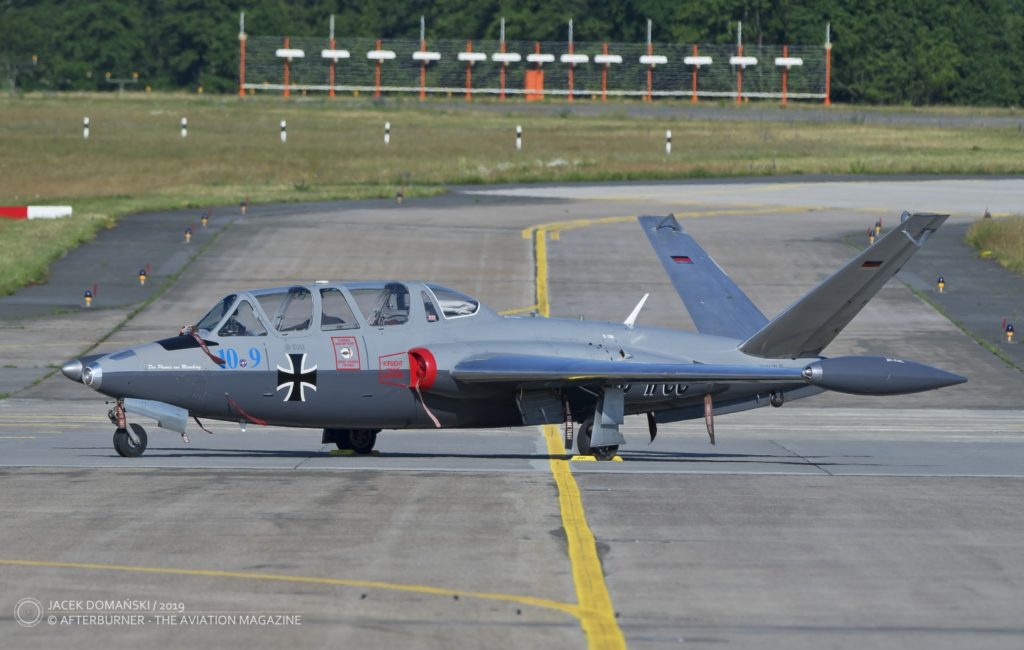 It was not the first time for Fliegerhorst Nordholz (Nordholz air base) to host an open house event. In his long history, the home of Marineflieger (German Naval Aviation) welcomed the aviation enthusiast several times, including the famous celebration of 100th anniversary of naval aviation in Germany, held in 2013.

A small village of Nordholz, Lower Saxony, is one of the oldest aviation locations in Germany. The pioneering years are dated back to 1912, soon followed by 800-hectare air base built there in 1914. During the years of the Great War, Nordholz was a primary air base for Imperial German Navy dirigibles. The first airship, LZ 24 / L 3, arrived there in September 1914. Among the base facilities, the main airship hangar called ´Nobel´ was a remarkable construction – standing on the rails, the hangar could be rotated 360⁰ within one hour.

The airship operations from Nordholz were carried out until the end of the World War I. On 23rd June 1919 six Zeppelin-made dirigibles were destroyed there by their own crews, preventing the airships to be captured by the Allies. Pursuant to the Treaty of Versailles provisions, most installations at the airfield were destroyed until 1921. The unique rotating hangar, one of only two in the world, followed the same fate and was blown up in 1924. Today, just a slight traces of the former Imperial German Navy airfield could be found within the air base area.

In 1938, during the rearmament of Germany, the aviation returned to Nordholz with the Luftwaffe, that established an air base there. During the World War II it was one of the most important military airfields at the North Sea, being a home for many Luftwaffe units, including the day and night fighter squadrons. At the final months of the war, Nordholz was also one of the bases for Me 163B ´Komet´ rocket-powered fighters.

After the war, the air base was taken over by the USAAF, next to be transferred to the Royal Air Force in 1947. Apart from the operational use of Nordholz, the RAF was assigned the task of dismantling the air base equipment and destroying its three concrete runways.

On 8th October 2020, as the result of restructuring the Bundeswehr, Marinefliegerkommando with its seat at Nordholz was established. The new structure taken over all duties and responsibilities of naval aviation and the former Abteilung M Air (Marineflieger). Nordholz air base became the home of two naval squadrons – MFG 3 and MFG 5, that were the only German naval aviation units left. 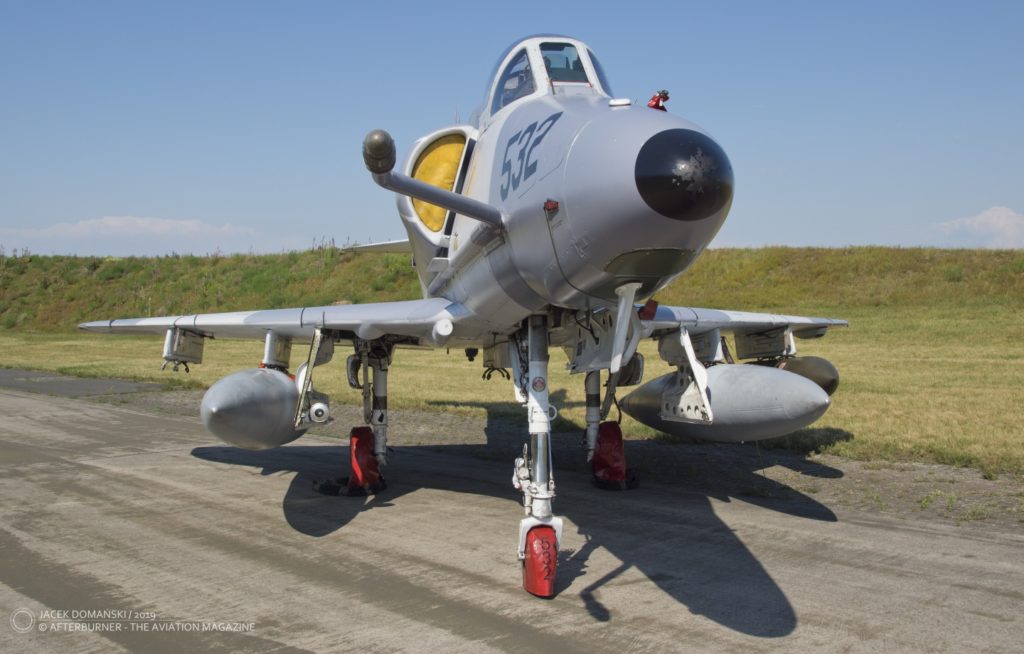 Marinefliegergeschwader 5 is operating with Westland Sea King Mk.41 and Westland Sea Lynx Mk.88A helicopters. Apart from the military tasks, the squadron is also responsible for SAR service in the German sectors of the North and Baltic Sea, therefore having a SAR deployment at Helgoland island and Hohe Düne / Rostock (Marinestützpunkt Warnemünde). The Westland-manufactured rotorcraft that are in active service since 1970s, will be soon replaced by NHIndustries NH90 Sea Lion and NH90 Sea Tiger. The arrival of first Sea Lions is expected in 2020, while the Sea Tigers are going to arrive Nordholz in 2025.

The open-house day at Nordholz therefore was one of the last opportunities to see Sea Lynx helicopters during the static and dynamic displays. Especially, that together with the official event on Saturday, the spotter day was organized there on Friday afternoon.

The group of approximately 200 aviation enthusiasts got a chance to see the static exhibition at the final stage of preparations, while the aircraft were already on their positions, but without the usual fences and crowds encircling them. At the display, the current Luftwaffe inventory was shown, including P-3C Orion, Airbus A400M Atlas, Eurofighter 2000 aeroplanes and Sea Lynx, Sea King and NH90 TTH helicopters.

As usual, the German armed forces exhibited their ground forces equipment, with the eye-catching Panzerhaubitze 2000 and Puma infantry fighting vehicle.

One of the advantages of the spotter day was the opportunity to talk with some crews and see the aircraft from inside, and all this without the usual queues and crowds of the open day. Both Sea Lynx and Sea King helicopters were available for seeing them up close from outside and inside, there was also NH90 TTH from Heer (German Army) at the visitors´ disposal and A400M Atlas with accessible cargo area.

At the gates, all spotters received the usual ´spotter package´ that included some souvenirs from the air base, among them a great set of aviation patches from MFG 3 and MFG 5, and a special Tag der Bundeswehr 2019 patch. For those who arrived early enough, there was also the possibility to see some rehearsal flights, performed by Westland Sea King and Westland Sea Lynx helicopters. The group of aviation enthusiasts spent approximately two hours at Fliegerhorst Nordholz, enjoying the aircraft and the hot, sunny afternoon. 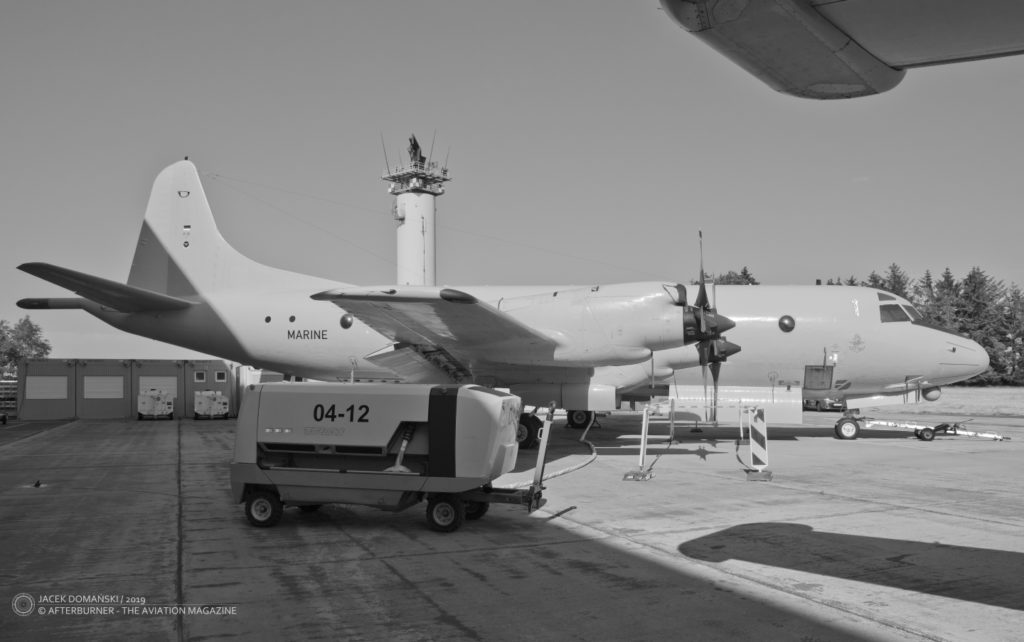 The weather, regrettably, was not so nice on Saturday, the day of the public event. Exactly following the forecast, the low dark clouds and showers arrived during the night, so the morning was cold, wet and foggy.

Based on the previous edition of Tag der Bundeswehr there were approximately 50,000 visitors expected at Nordholz, but due to severe meteorological conditions only 15,000 guests decided to go there. And, despite the rain and fog, they obviously did not regret that decision.

Those who arrived to the base could obviously enjoy the static exhibition and, in addition, some flying displays. Independent of wind and weather, Luftwaffe aircraft performed their scheduled shows, just at limited, low cloud variant. The visitors were able to see P-3C Orion, a pair of Tornados, Dornier Do 228, EF 2000 and C-160 Transall. A marvelous CSAR display was done by Sea King and Sea Lynx helicopters, and it was a perfect example how skilled are the helicopter crews of the German Naval Aviation.

As for historical aircraft, the eye-catching flying display was performed by CM-170R Magister from Quax Flieger. A few additional dynamic presentations of the ground forces were also available to see at their stands.

In conclusion, the 5th Tag der Bundeswehr in Nordholz was another successful edition of the German open-doors event. Visitors who, despite the warning about severe meteorological conditions, arrived to the air base, could enjoy a diverse static display and several flying performances. And surely were not disappointed. Finally, the weather in the afternoon was not so bad, as forecasted.