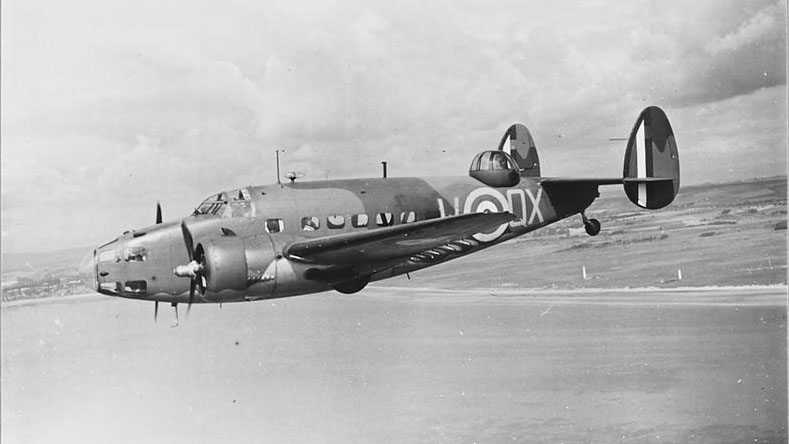 On 8th October 1939, a Lockheed Hudson reconnaissance aircraft, patrolling the area near Jutland, shot down a Dornier Do 18 flying boat. It was the first air victory in the World War II achieved by an aeroplane operating from an air base located in the British Isles.

Although both Britain and France have declared war on Germany yet on 3rd September 1939, an initial war effort on the Western Front was limited and soon were nicknamed the ´Phoney War´. The only ground operation during that early stage was the French invasion on Saar district, that ceased on 16th September.

For several months, the main burden of the war was carried by the navy and the air force of both Allied countries. Nevertheless, the British military aviation had to wait for the first air victories until the last decade of September 1939.

On 20th September, during a flight over the Aachen area, a formation of Fairey Battle light bombers of No. 88 Squadron RAF was engaged by German Bf 109 fighters. During the fight, one Messerschmitt was shot down by Battle gunner, Sgt. F. Letchard. This fact is officially recognized as the first RAF air victory in the World War II, however redeemed by the loss of another two Battles and death of five crew members.

The Fleet Air Arm followed with its first aerial victory on 26th September. A Blackburn Skua operating from HMS Ark Royal aircraft carrier had intercepted a Dornier Do 18D of 2/Küstenfliegergruppe 506 over the North Sea. The German flying boat was shot down and its crew was rescued by HMS Somali destroyer. Because Dornier was still afloat, it was finally sunk down by gun fire from British ship. That air victory is usually recognized as the first one achieved over an aircraft operating against the British Islands.

Although both abovementioned aerial victories were scored by British aircraft, they were operating out of the British homeland – Skua was based on the aircraft carrier and the 88th Squadron was among ten squadrons despatched to France at the beginning of the September.

The first victory over the German aeroplane by an aircraft based and operating from the British Islands was reported only on 8th October. That very day, the Lockheed Hudson Mk.I of No. 224 Squadron RAF shot down another Dornier Do 18D, while patrolling the area off Jutland.

It should be noted that victory over Do 18 reported on 8th October, was for many years recognized as the first ever achieved by the RAF in the World War II. Relatively recently, facts from 20th September were confirmed in the French archives and, as a result, Letchard´s victory was officially acknowledged.

The Hudson aircraft was originally a military conversion of the Lockheed Model 14 Super Electra, adapted for coastal reconnaissance duties, following the RAF order from 1938. Between 1938 and 1943 a total of 2,941 Hudson aeroplanes were manufactured, in six main variants.

Lockheed L-100 Hercules of Tepper Aviation crashed on final approach to the airport in Jamba, Cuando Cubango, Angola. In November 1975, Angola has won independence from Portugal. However, that did not mean an immediate peace, […]

de Havilland Canada DHC-1 Chipmunk ‘WD 322’ (c/n 50/1360, reg. SP-YAC) landing after display during the Central Air Show of the 100th Anniversary of the Polish Aeroclub, an event organized in Rzeszów, Poland; on the […]