Wednesday, 13th May 2020, marked the 109th anniversary of famous flight from Pardubice to Prague, performed by one of aviation pioneers, Jan Kašpar. A unique event with the name ´In homage to aviation personalities of Pardubice´ was organized exactly on this anniversary, copying the route of Jan Kašpar journey.

The flight from Kunětice to Točná airfield in Prague was performed by Martin Štěpánek, flying an electric-powered ΦNIX (Fínix) aircraft. This event commemorated not only an important pioneer flight, but also honoured the memory of Jan Kašpar and recently deceased Jaroslav Janda (one of Aviation Fair co-founders), as both of them had a significant impact on creating aviation values in Pardubice.

´Already for a long time I was thinking about the idea of repeating this famous flight. Certainly nowadays, with any ordinary ultralight aircraft, there is no problem to fly a distance of approximately one hundred kilometres, and that´s why I have chosen the electric-powered aeroplane. Developing and operating of such aircraft in the Czech Republic is possible mostly because of the extraordinary understanding and interest of the Light Aircraft Association of the Czech Republic (Letecká amatérská asociace České republiky), that covers the operation of those light aeroplanes. The electric power in aviation now has its pioneering year, therefore being similar to Jan Kašpar´s situation in 1911´, said Martin Štěpánek.

´In 2016, at the Aviation Fair show, we have displayed an operational model of our electric aircraft and already then, we had an idea to repeat Jan Kašpar´s flight. Although, we were just at the beginning of our project and those days flying the distance of one hundred kilometres was merely beyond the range of our aircraft.

As the project advanced, we have already tested that the actual capacity of the batteries could be enough for such flight. Therefore we did not hesitate, and even though it was not a round anniversary this year, we have decided to perform the flight.

Unfortunately, the current aviation regulations made it impossible to copy the exact route from 1911 and, in addition, it was impossible to use the same location in Pardubice for taking-off. As a result, we started our journey in Kunětice, an airfield located NE of Pardubice.

On our way to Český Brod we have used approximately the same route as Jan Kašpar took 109 years ago, then – unlike Jan Kašpar, as he flew to the north and then continued upstream along Vltava to Velká Chuchle – we reached Prague from the south, made a fly-around over Velká Chuchle and finally landed at Točná airfield´, continued Štěpánek.

During the commemorating flight, ΦNIX electric-powered aircraft was accompanied by two motor-powered U-15 Phoenix aeroplanes, flown by Jan Rudzinskyj and Petr Šafář. Both types of all-composite aircraft are manufactured in Ústí nad Orlicí, Czech Republic.

Jaroslav Janda (26th April 1932 – 13th March 2020), was born in Prague and in 1948 he performed his very first flight at Točná airfield. He started from the glider training, then graduated an aviation school and served in the Czechoslovak Air Force since 1955. Until his retirement in 1990, Janda achieved the rank of major and performed 6889 flights, clocking 5366 flying hours in total.

In the same 1990 he became the co-founder of the Aviation Fair, initially the one-time event to commemorate the 80th anniversary of Jan Kašpar´s flight to Prague. The first Aviation Fair was organized both in Prague and Pardubice and was successful enough to turn into the annual show.

Shortly thereafter, the Aviation Fair became a well-known aviation event and Jaroslav Janda was an active member of the organization committee until its 2019 edition.

From the very beginning, Janda set himself a goal to honour Jan Kašpar and honour the fact that Pardubice were the place where the Czech aviation was born. Apart from the Aviation Fair event, Janda was also involved in building a replica of ´JK aeroplane of Blériot system´ and erection of Jan Kašpar monument in Pardubice.

Jan Kašpar (20th May 1883 – 2nd March 1927), was born in Pardubice and became a Czech pioneer aviator, constructor and engineer. He graduated the Czech Technical University in Prague and then continued his studies in Germany.

Kašpar participated in the construction of the very first Czech aircraft engine and later tried to build a monoplane of Antoinette system. Then he followed Louis Blériot designs and after an unsuccessful attempt to build his own aeroplane, he bought Blériot XI.

In 1910, Kašpar became the first person of Czech nationality to fly an aeroplane, although not the first one to fly over the Czech territory, as there were French and German aviators who preceded him.

One year later, Jan Kašpar built his own aeroplane he called ´JK aeroplane of Blériot system´ and performed the first flights from Pardubice. After the World War I, Kašpar fell into poverty and later suffered from mental illness, finally committing suicide in 1927. 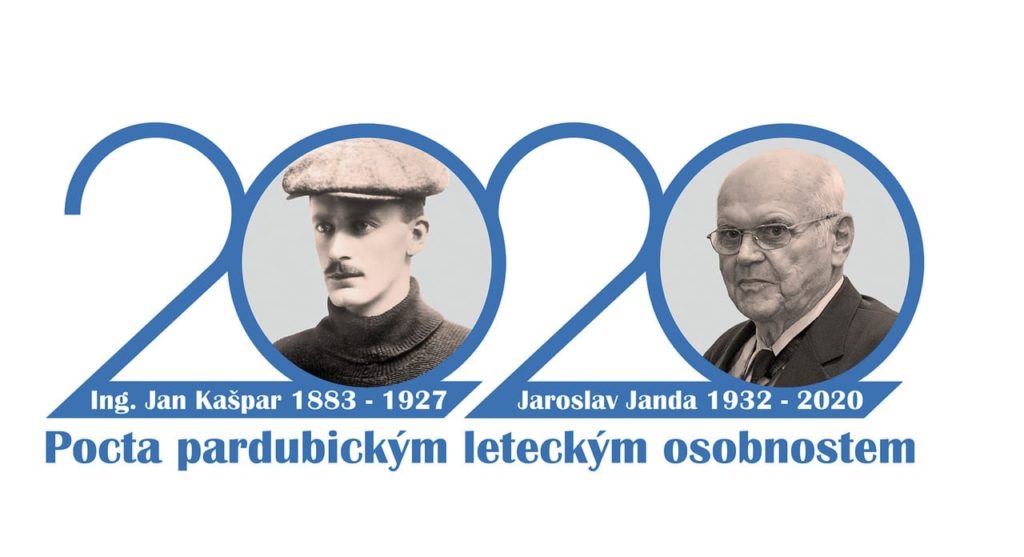 The first days of new year 2020 are already here, meaning the best time to start thinking about the forthcoming air show season. As some of the organizers already released a few initial information and […]