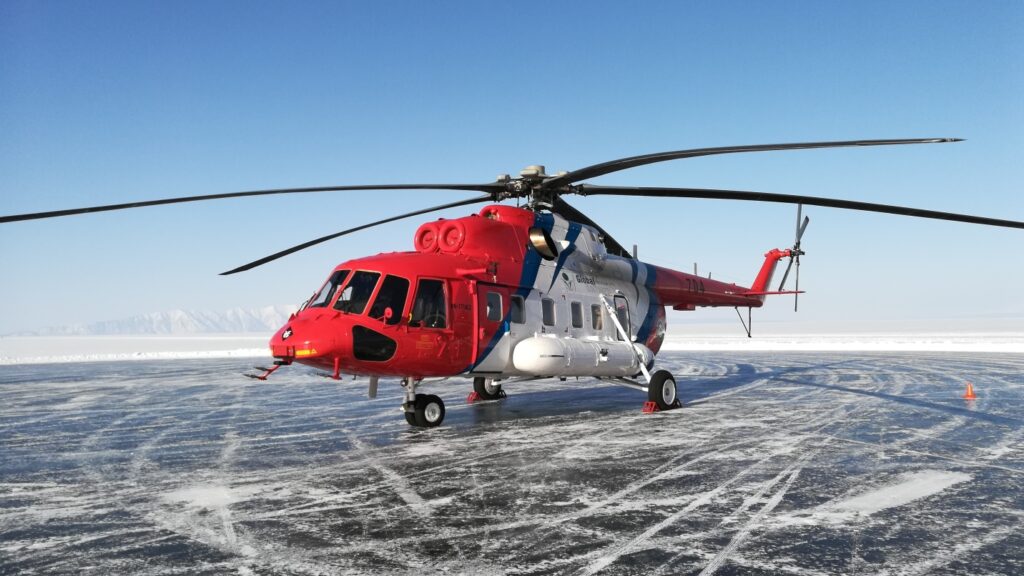 During the ´Baikal Mile´ festival, a Mi-171A2 multipurpose helicopter operated by the crew from Ulan-Ude Aviation Plant (U-UAZ) set a Russian speed record at a limited distance of 1.6 kilometres, reaching the speed of 268 kph, at a minimum altitude of 20 metres.

The U-UAZ crew set this record during three competition flights. Those flights were preceded by a series of rehearsals, aimed to test the behaviour of the Mi-171 rotorcraft and performance of the measuring equipment. In addition, they allowed to adjust the photography and video equipment for recording the competition flight.

´Mi-171A2 has the best features of the world-famous Mi-8 rotorcraft family. This helicopter was tested in extreme environmental conditions and can be operated in temperature range from -50 to +50 degrees Celsius. At the <Baikal Mile> festival, the rotorcraft once again demonstrated its best features: speed, control, manoeuvrability and stability. The record, set at the short distance and at the limited altitude, confirmed the great performance of this helicopter´, said Executive Director of Rostec State Corporation Oleg Yevtushenko.

´Participation in the festival and the flights over the frozen Lake Baikal are additional opportunities to show the potential of Mi-171A2. The record flight started from hovering and a mobile GPS station mounted on the helicopter recorded the result´ said U-UAZ Managing Director Leonid Belykh and added: ´I am convinced that our equipment is reliable, and that pilots are highly skilled. The certificate issued by the representatives of the Russian Book of Records confirms that´.

Mi-171A2 is equipped with VK-2500PS-03 engines (being a civilian version of engines used in Mi-28 attack helicopter) with a digital control system. An upgraded avionics and navigation equipment allow this rotorcraft to be used for a wide range of services, Mi-171A2 may also be effectively operated around the clock, also in difficult weather conditions and hard climate – at low and high temperatures, in high mountains, high humidity environment and overwater.

The helicopter was certified in accordance to Category A and meets the most stringent flight safety requirements for civilian helicopters. It can be used for medical transportation, cargo operations, SAR missions, fire-fighting and passenger transport operations. Mi-171A2 was also certified abroad, in India and Colombia. The type certificate for China, South Korea, Brazil, Mexico, Peru and other countries is currently planned.

The air component of the 2019 Victory Parade in Moscow was planned to be a massive display of the Russian Air Force equipment, including 74 aircraft (as celebrating the 74th anniversary of the V-Day) – […]

Recently, a few interesting news related to the modernization of the Ulan-Ude Aviation Plant (U-UAP), belonging to the Russian Helicopters, were released by the holding company. The introduced changes were focused on two main aspects […]