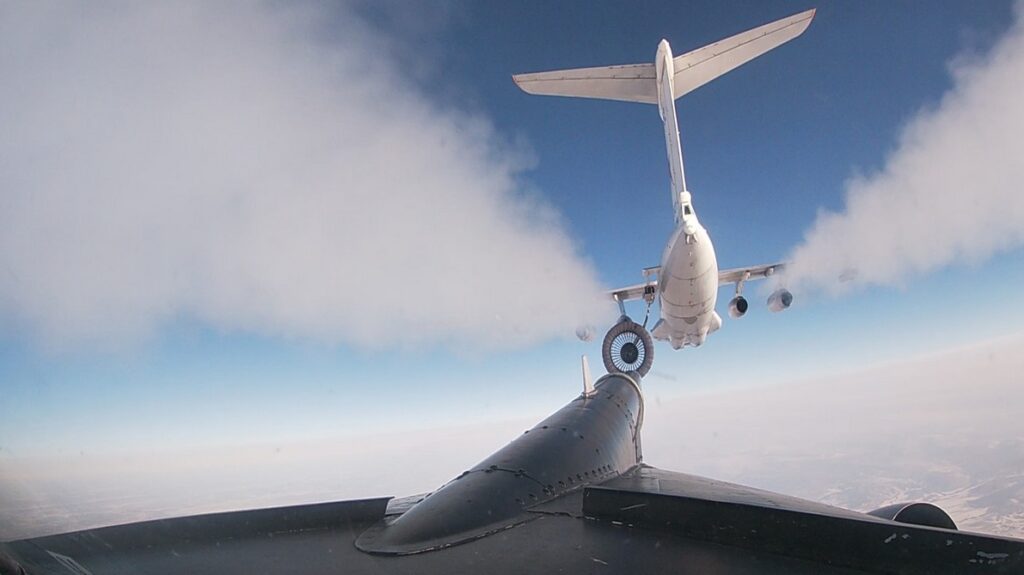 Beginning of the year is usually a great opportunity to summarise the activities taken in the past twelve months. It is no different in the military world and that´s why the Russian Aerospace Forces have recently disclosed some interesting statistics regarding 2021. Today, we will use one of them to take a look at long-range aviation training flights.

Air-to-air refuelling is one of the most important and most difficult phases of a strategic combat mission. It requires not only a perfect organization and planning but also experienced crews that know all the procedures. Mastering operational procedures, establishing a clear interaction between bomber and tanker crews, as well as confidence in piloting skills – that´s why continuous improvement is such as important for long-range aviation airmen

In the Russian Aerospace Forces, only the pilots who achieved an appropriate level of their piloting techniques, were trained in formation flights and know how to turn off and re-start engines during a flight are allowed to perform air-to-air refuelling tasks.

Over the past year, crews of Tu-95MS strategic bombers and missile carriers from the Amur region (6952nd Air Force Base at Ukrainka airfield) have performed more than 200 aerial refuelling missions. They were executed at altitudes between 5,000 and 7,000 metres, at both day and night, as well as in limited visibility conditions. More than 2,000 tons of fuel was transferred from Il-76/Il-78 tankers to heavy bombers.

The training programme included introduction to aerial refuelling for five young crews, that never before have participated in that procedure. In 2021, they had an opportunity to perform at least five air-to-air refuelling missions in all weather conditions.

The 6952nd air base was created in 2009, as a result of transformation of the 326th Heavy Bomber Aviation Division. The airfield, located at Ukrainka in the Amur region (Russian Far East), is one of the most important bases of the Russian long-range aviation. The regiments stationing there are equipped with Tu-95MS heavy bombers and missile carriers.

On 10th November 2021, the Bomber Task Force – one of the US commitments to the collective defence of NATO – performed a simulated targeting mission over the North Sea. During that exercise, the UK-based […]