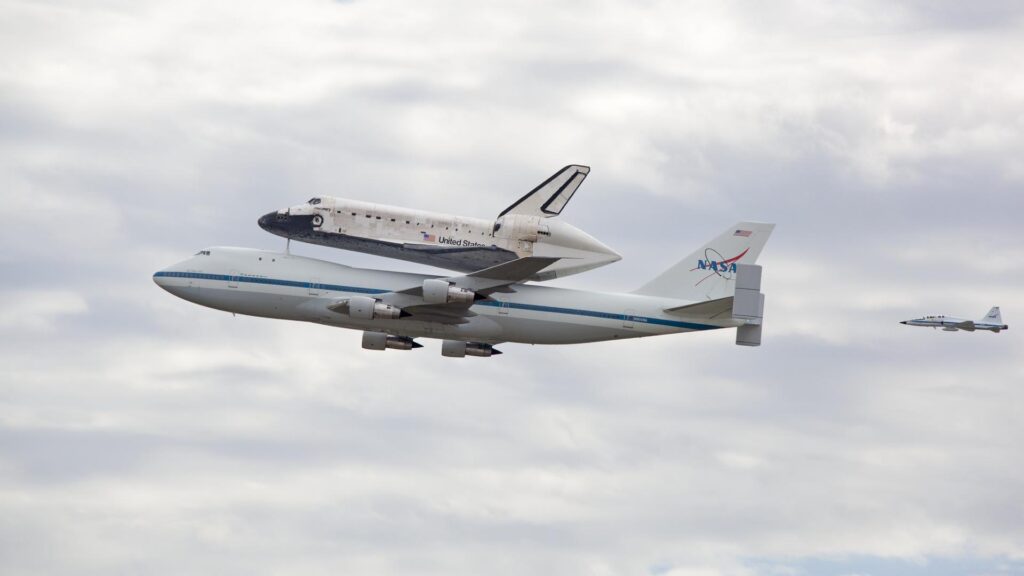 Probably everyone, even not being directly interested in aviation and aerospace, has heard about the National Aeronautics and Space Administration – NASA. Nevertheless, to tell the story that led to creation of this world’s most renowned space agency it is essential to start with its predecessor, the National Advisory Committee for Aeronautics –  NACA.

The main objective of that organisation, established on 3rd March 1915, was development and popularization of aviation by conducting aeronautical research, its promotion and institutionalization. Due to the ongoing First World War, NACA also acted as an additional measure to promote industrial, academic and governmental coordination on war-related projects.

In the early 1920s, NACA has adopted a new mission to promote civil and military aviation by conducting research beyond the actual needs. In the last years before the outbreak of World War II, the committee developed several projects that played a key role during the aforementioned conflict. It was no different during the war, as NACA was primarily involved in military effort by development of turbochargers for engines used for B-17 Flying Fortress bombers and had significant contribution to development of P-51 Mustang fighter.

Following the end of the war, NACA continued, among other things, to work on jet-powered aircraft, with Bell X-1 supersonic aeroplane project being the most recognizable one.

Acquisition of German rocket scientists by both the US and the USSR, in the aftermath of the Second World War, soon led to technological rivalry on the field of space exploration between the mentioned superpowers. It began in the early 1950s with the onset of the Cold War and was commonly called ‘space race’. And it was just NACA, that was entrusted the American activities to win that competition.

On 1st  October 1957, the Soviet Union launched into space the first Earth artificial satellite – ‘Sputnik 1’. It meant that the United States lost the initial stage of the ‘space race’ and therefore, a reorganisation of NACA was necessary.

For this purpose, the Special Committee on Space Technology was founded, already on 21st November 1957. It was focused on coordinating cooperation between American government, private companies and other entities, with a goal of creating a common space programme. Only two months later, on 14th January 1958, the National Research Program for Space Technology was launched.

The new body officially began its operations on 1st October 1958, not only continuing legacy of NACA, but also taking over all of its tasks and responsibilities, budget, staff and research facilities. Additionally, the NASA incorporated two military entities – the United States Naval Research Laboratory and the Army Ballistic Missile Agency. The latter was exactly the one where Wernher von Braun, former head of the Nazi German rocket programme, worked at the time. Moreover, in December of 1958, NASA took over supervision of the Jet Propulsion Laboratory, operated by the California Institute of Technology.

Soon, the National Aeronautics and Space Administration became the key institution responsible for America’s foundational human spaceflight programmes, including the most important one – the Apollo Program, that was carried out between 1960 and 1972. The programme, that successfully led to landing of the first men on the Moon.

Among other accomplishments of NASA, reference should also be made to the joint Apollo-Soyuz programme (1972-1975), which saw the symbolic merger of the American Apollo and the Soviet ‘Soyuz’ capsules in Earth orbit; and to the Space Shuttle programme (1972 – 2011). It was thanks to the American shuttles and the Shuttle – Mir programme that the two countries were finally reconciled in their space rivalry, which culminated in cooperation within ‘Mir’ space station.

Also, not to be missed, is the International Space Station, being an effect of cooperation between NASA and other national space agencies, that is orbiting above our heads for almost 23 years.

Currently, the goal of NASA in terms of manned spaceflights is to return humans to the Moon, as well as the first crewed flight to Mars.

However, activities of NASA are not only limited to  manned space flights. They include dozens of unmanned missions to explore our solar system and to gain a better knowledge and understanding of the universe. Although it is hard to mention all of them, the Mars 2020 mission must be highlighted here, with Perseverance rover and the first-ever Mars helicopter, Ingenuity, exploring the Red Planet for little over eight months now.

Douglas DC-3A (c/n 2204, HB-IRJ, Super Constellation Flyers Association), flying display at Red Bull Air Race, Gdynia, July 2014. The story of the legendary aeroplane the DC-3 undoubtedly is, began in the first half of […]

25th May 2021 marked exactly 45 years since the first flight of Boeing E-3 Sentry. And that makes a perfect occasion to tell the story of this iconic ‘guardian of the skies’. Origins of the […]