The already eighteenth edition of the Helicopter Show (as is in the custom, organized together with the Rally Show), will take place during the third weekend of May (17th and 18th), at the airport in Hradec Králové, Czech Republic.

This annual action organized by DSA aviation company is, conventionally, divided into two parts – the professional trainings and seminars on Friday, and the air show on Saturday, opened to the public. The programme for professionals will include the theoretical and active trainings of rescue procedures in different situations, inspired by the real events – bad weather conditions, during the night or rescue operation with the additional threats from the hazardous materials. Approximately 1,400 children from the local schools will visit the airport to learn how to proceed in the dangerous situations and in addition 8 high schools from the emergency and rescue sector will present their educational offer on Friday. 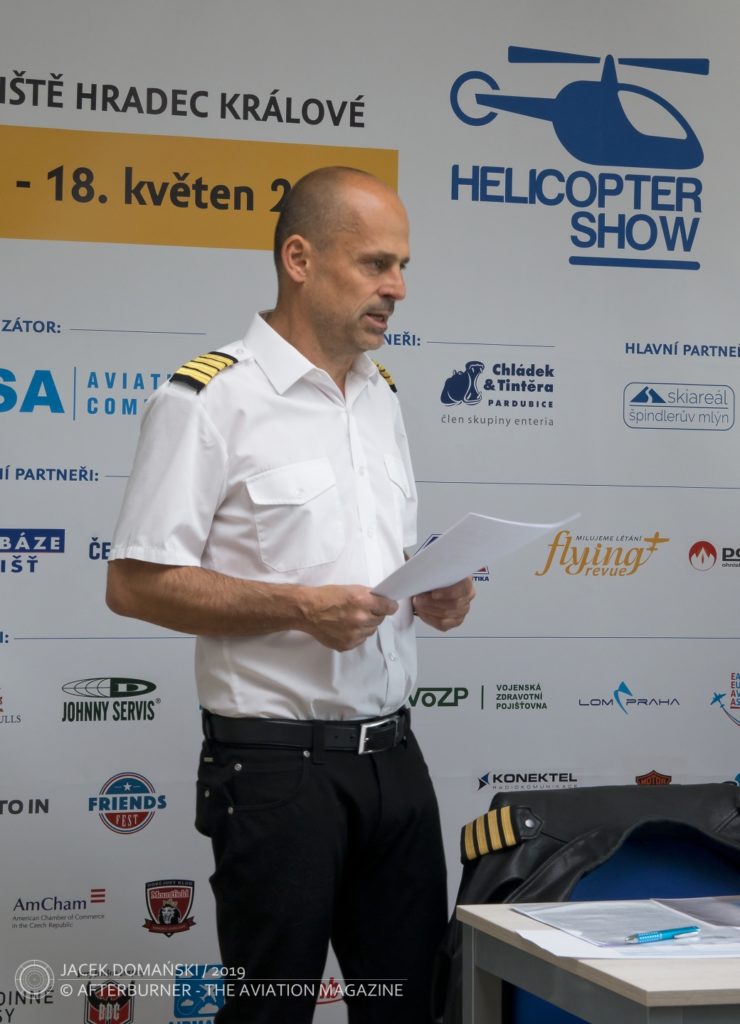 Saturday will be, as usual, the air show day and the members of general public are welcomed at the airport, where not only the rescue teams could be seen, but also the aerobatics and military flying displays. Last year edition of the event attracted almost 30,000 visitors and the organizers justly are expecting to exceed this number in 2019.

As this helicopter-focused event is now turning 18, the initial helicopter fly-past (which is the traditional opening of the air show) would include 18 aircraft – the biggest helicopter formation so far, exceeding the previous record of 13 aircraft. Another novelty in the air show programme is the live-presentation of the chairlift rescue operation, for which one sector of the real two-seat chairlift would be built in the airfield area. This specific kind of the rescue operation will be not only a part of the air show, but also an important part of the professional training on Friday, as such situations really happened during the last winter.

Among the already announced participants of the air show there will be Czech Air Force (with Mi-171, W-3A Sokol helicopters and JAS-39 Gripen flying display), Bell 47 and Bell 429 helicopters together with aerobatic displays of Martin Šonka and Petr Kopfstein, or the recently restored Yak/C-11 training aircraft. At the static display the visitors to the event will be able to see the renovated HC-102 helicopter, manufactured in Czechoslovakia in 1958-1962. 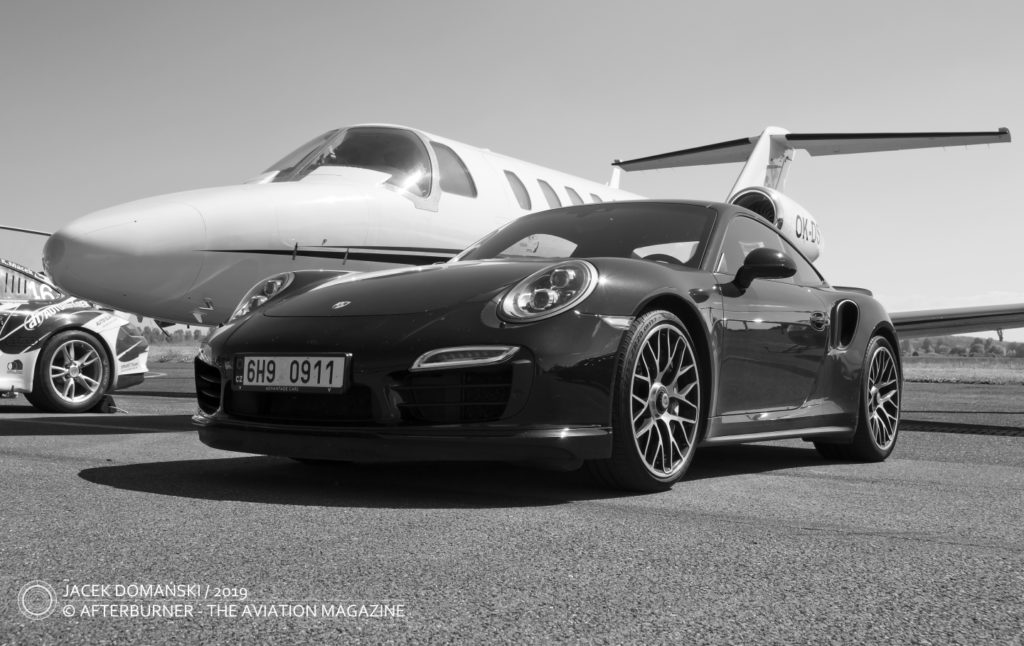 The aircraft and sport cars match together, so there is no doubt why those two events are organized simultaneously

An interesting display will relate to Bell 47 – the helicopter that entered service in the U.S. in the late 1940s and was widely used during the Korean War. And that´s the Korean War, or more precisely, the war-based TV series M*A*S*H, which will be the background for this display. The spectators will be able to see not only the Bell 47 during the rescue action, but also the characters know from the show: Margaret ´Hot Lips´ Houlihan, ´Hawkeye´ Pierce or corporal ´Radar´ O’Reilly. 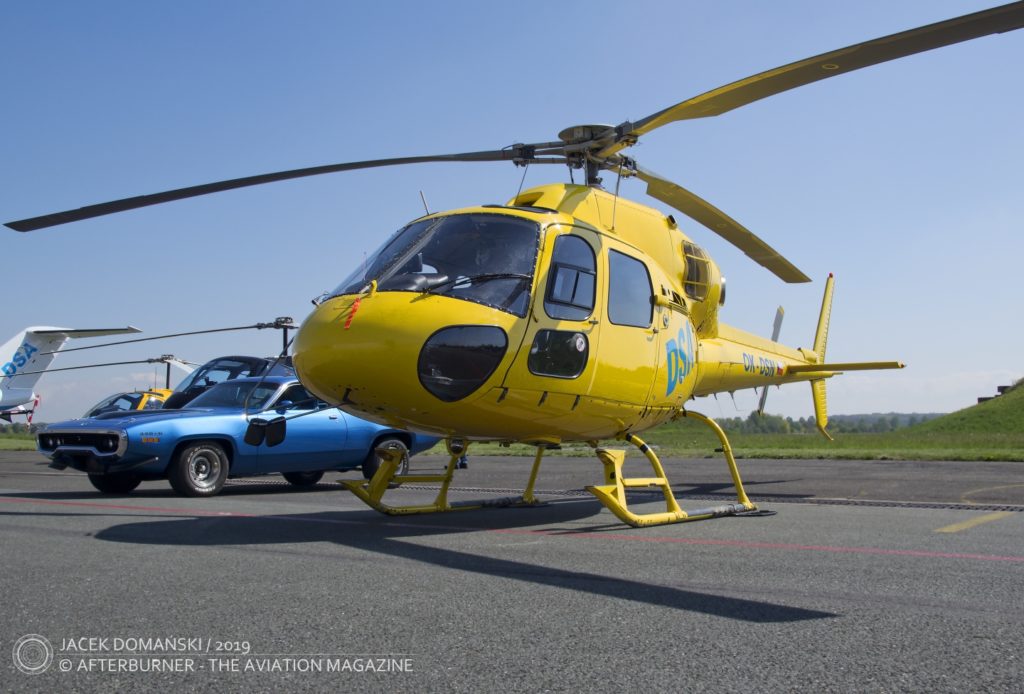 The Bell 429 helicopter will be presented by Gerold Biner, CEO and pilot of Air Zermatt, the company being considered the best high-mountain pilots in the world. The company is specialised in high-mountain air rescue, including the extreme flights over 7,000 metres above the sea level in Nepal.

The visitors to the airshow will be to see more than 100 aircraft during the static and dynamic displays, among them there will be 18 types of helicopters – appropriately for the 18th anniversary. The most magnetic display, as the simulation of the multiple-vehicle collision usually is, will traditionally be the highlight of the programme – including several HEMS teams, fire brigade, police and the prison service. 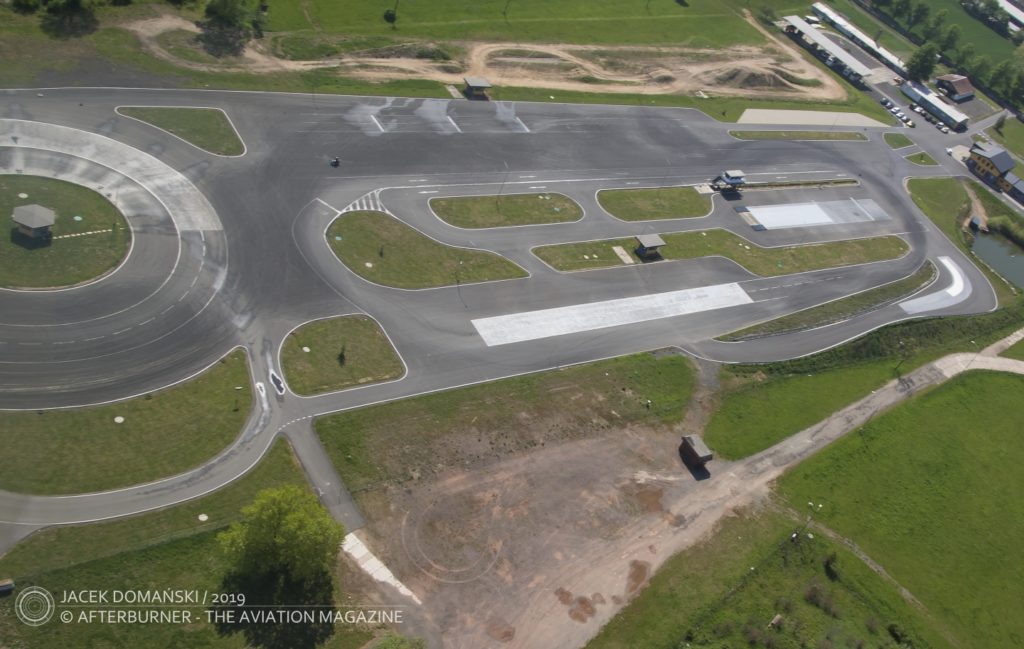 The race track near the airport in Hradec Králové

A few words should be also said about the Rally Show, the event being organized simultaneously on the former Czech Ring race track, drift track and the off-road area. Around 50 race cars are already registered for the main race, which would be the highlight of the day. Another major attraction will be the drift show, including the possibility for the spectators to be a passenger of the rally cars. The Rally Show will also offer several side events, stunt shows and the presentation of the car dealers. 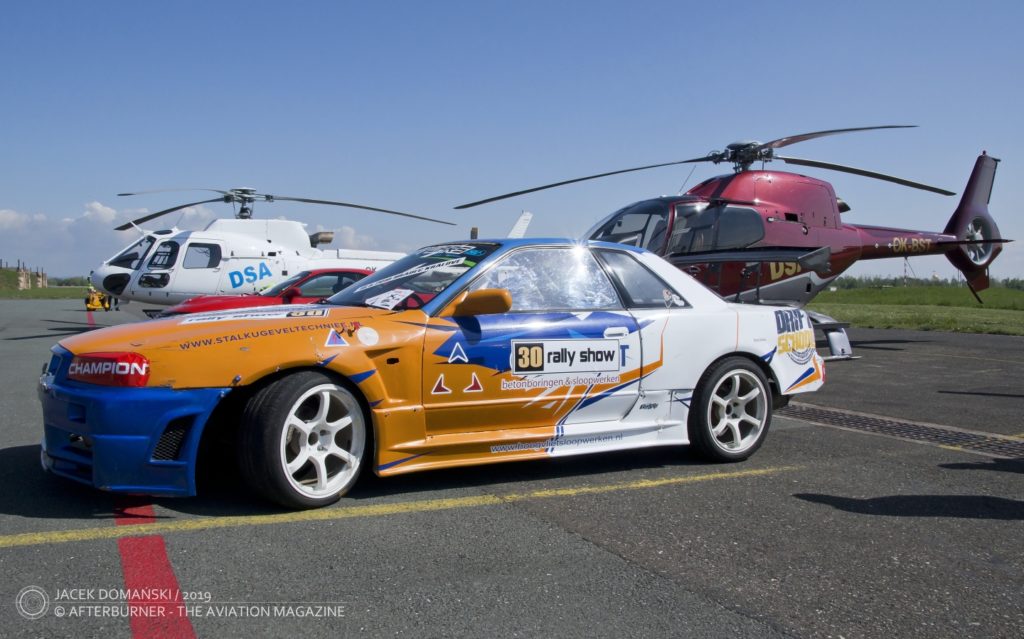 The foretaste of the event – drift car and helicopters