The air component of the 2019 Victory Parade in Moscow was planned to be a massive display of the Russian Air Force equipment, including 74 aircraft (as celebrating the 74th anniversary of the V-Day) – 56 aeroplanes and 18 helicopters were supposed to fly over Moscow and the Red Square on 9th of May.

Regrettably, the aviation part of the Victory Parade was cancelled, due to the weather conditions, limiting the parade to the ground display only. The only way to see the air component of the parade over the Red Square were the rehearsals performed on 4th and 5th May, with the full-dress rehearsal on 7th May, when the weather was perfect, and the sky was blue. 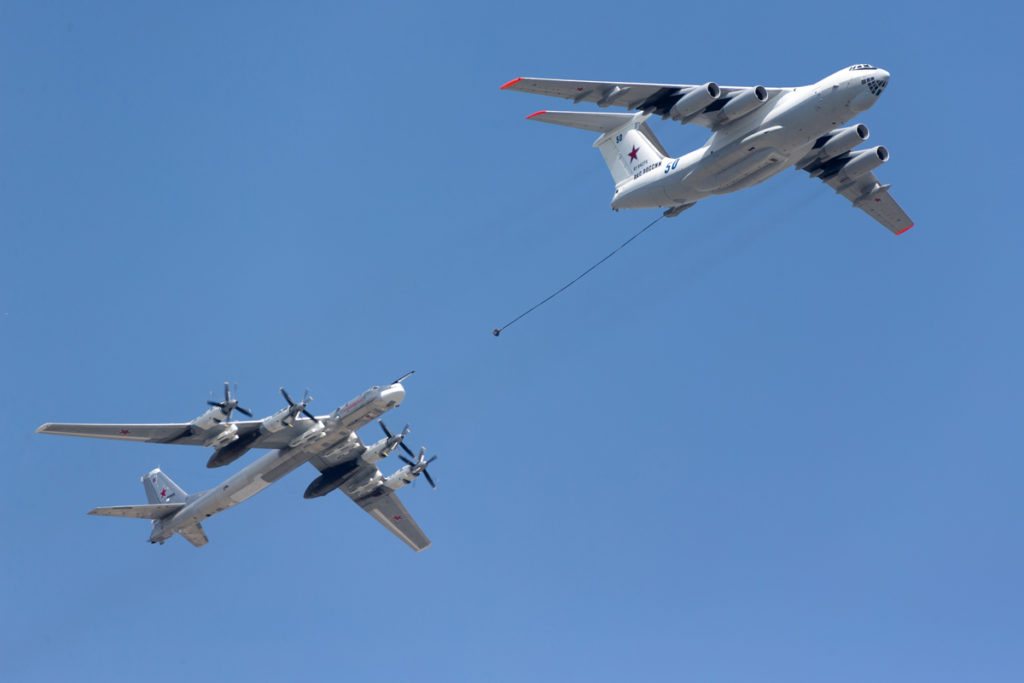 2019 Victory Parade in Moscow – full-dress rehearsal on 7th May

It was already the second Victory Parade without the aviation flyovers, cancelled because of the weather conditions – for the first time it happened in 2017. Usually, the cloud-seeding is carried out to disperse the clouds over Moscow during the May holidays, however this time the weather conditions deteriorated rapidly on the eve of the Victory Day.

Therefore, the only Victory Parade with the significant air component participation took place in Saint Petersburg – the ´northern capital´ of Russia, where 22 aircraft performed the flypast over the Palace Square and the General Staff Building. 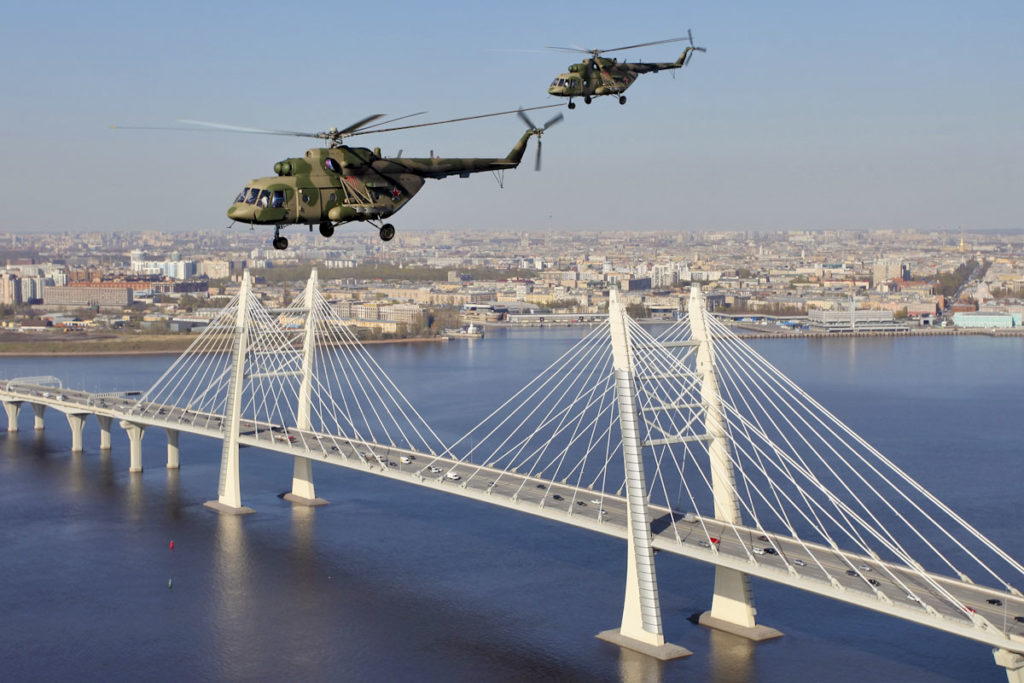 Mi-8 over the Great Neva River 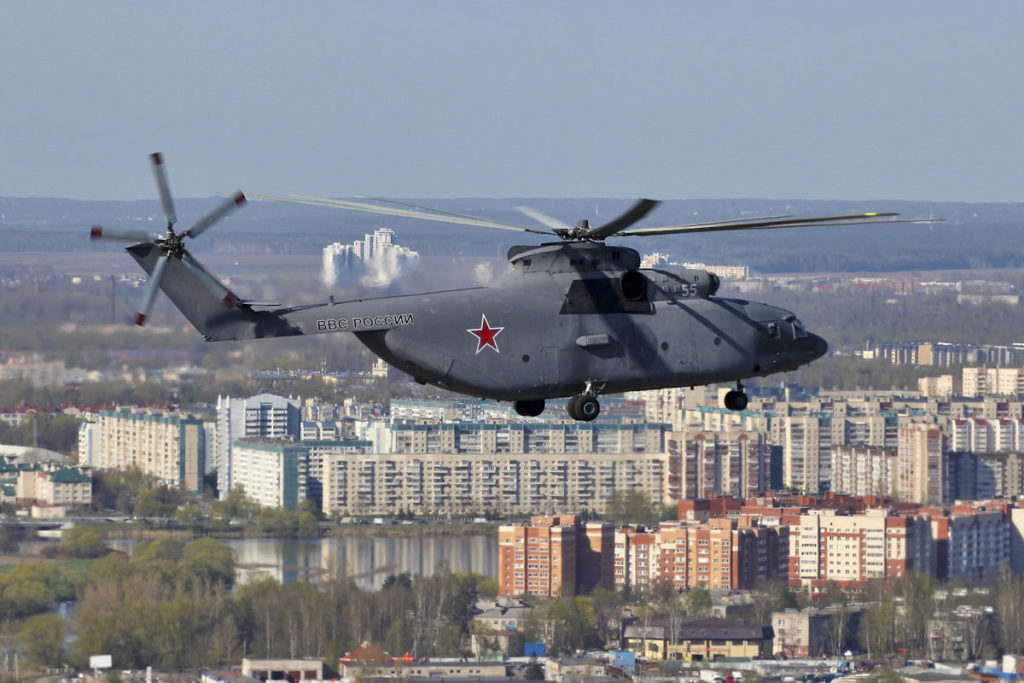 The official celebration began at 10 a.m. and lasted approximately an hour and a half, and the aviation part was the conclusion of the parade. More than 100 units of the military vehicles were shown (including BMP-3 armoured vehicles, T-72-B3 tanks, ´Tiger´ and ´Typhoon´ armoured cars and ´Tornado´ rocket launchers) and approximately 4,500 soldiers and offices participated in the Victory Parade.

Additionally, a few interesting historic vehicles could be spotted there – the T-34-85 tank opened the military vehicle part of the parade and Colonel General Alexander Zhuravlyov (the commander of the Eastern Military District) was seen in the retro-convertible ZIL-41041 AMG. 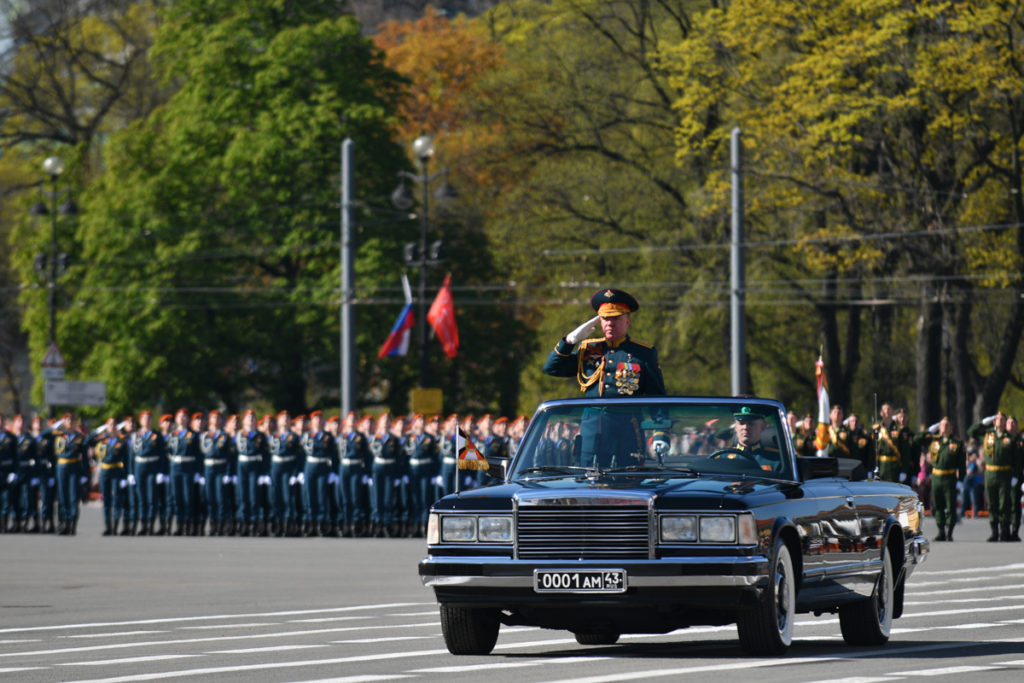 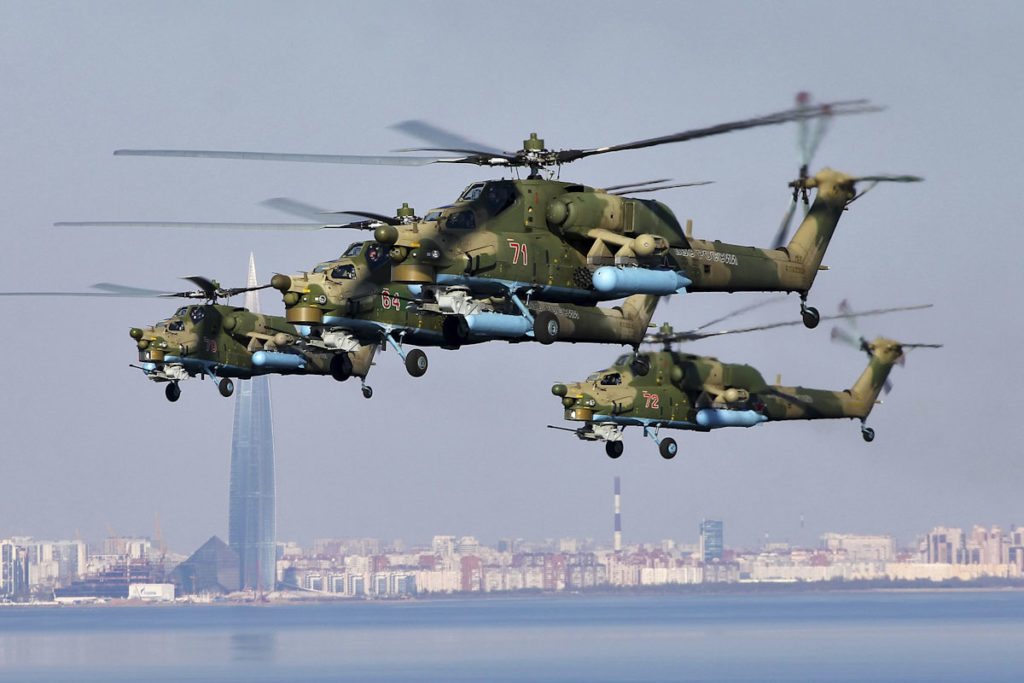 The formation of Mi-28, in the background Lakhta Center, the tallest building in Europe

The presentation of the aviation component was opened by Mi-26, the heavy transport helicopter that was followed by the formation of four Mi-8 helicopters. The next formation included four Mi-28 attack helicopters and then the transport aeroplanes flew over the Palace Square: An-26, An-12 and Tu-134.

Flying display of the supersonic jets was closing the Victory Parade in the air, with the pair of Su-24MR tactical reconnaissance jets, the formation of four Su-35 fighters and four Su-34 strike aircraft. And in Saint Petersburg, the almost-perfect weather with just a few clouds allowed the spectators to fully enjoy those flyovers. 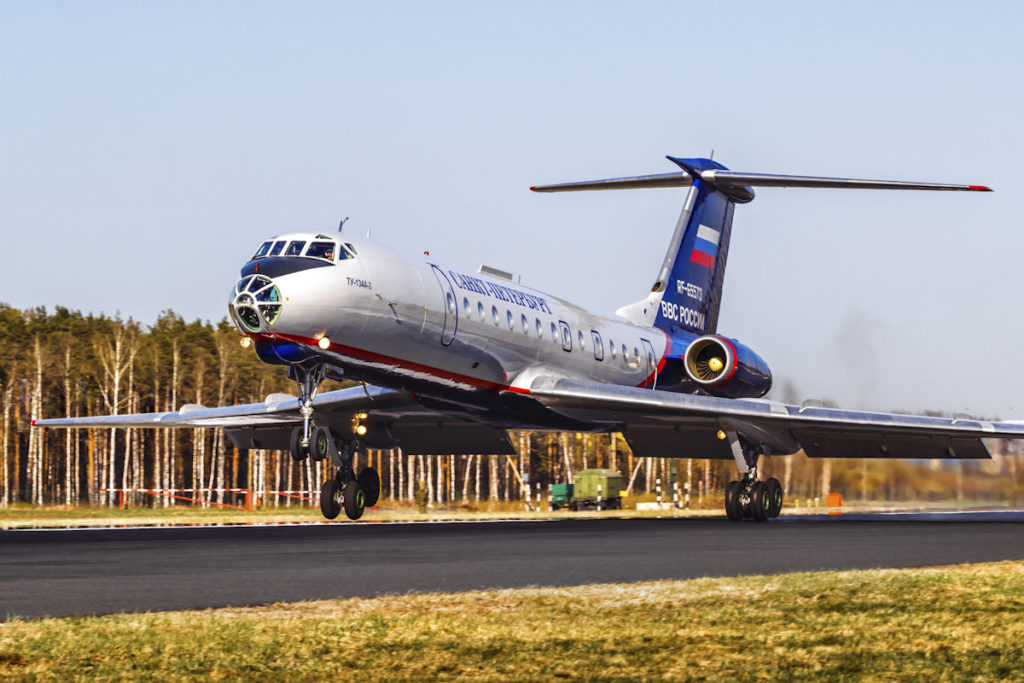 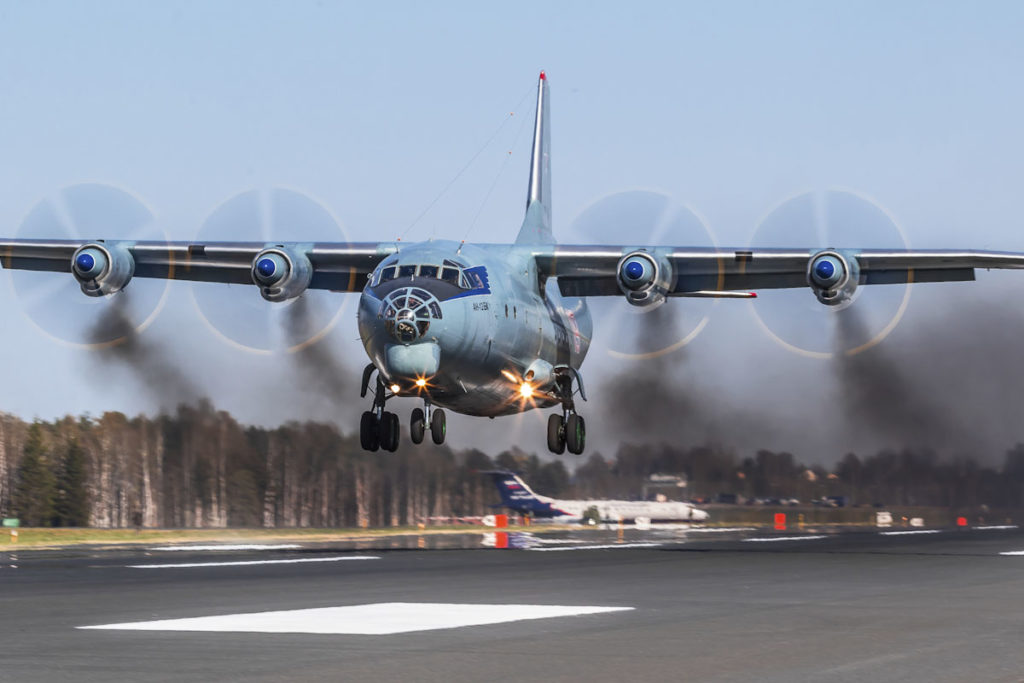 It should be added that the aviation part of the parade in Saint Petersburg was also reduced than the original plans. The official announcements released a few days before the celebration mentioned also the MiG-31 and Su-30SM fighters; with Mi-35 and Ka-52 helicopters.

Despite some cancellations, the celebration of the 74th Victory Day anniversary in Saint Petersburg was still the biggest Russian Air Force presentation on 9th May. In addition, some single aviation flyovers could be seen in other cities, i.a. in Nizhny Novgorod. 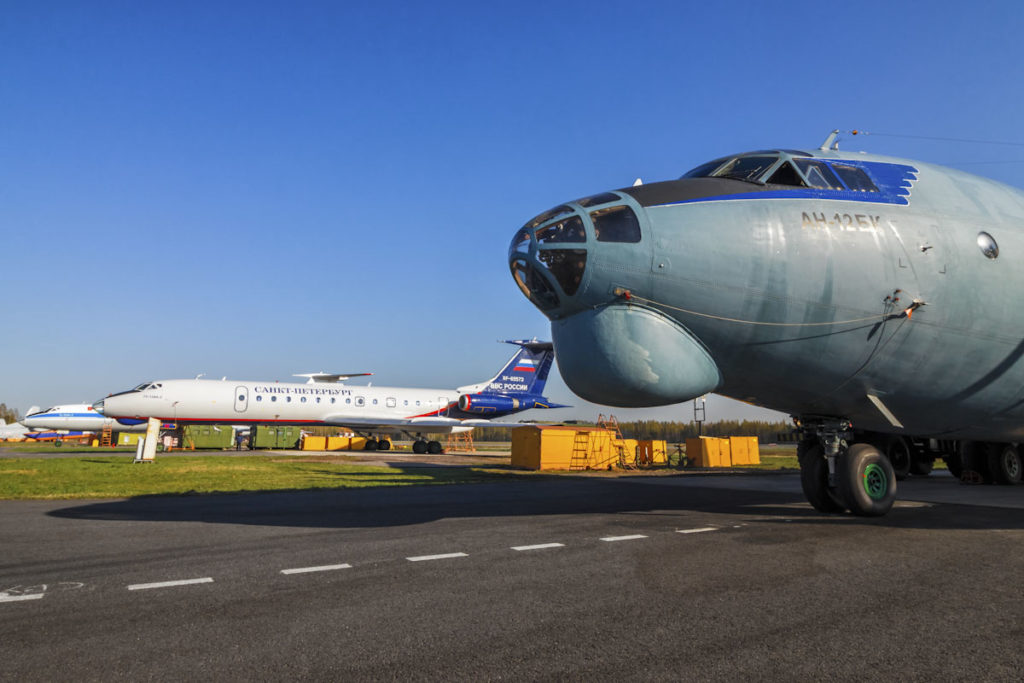 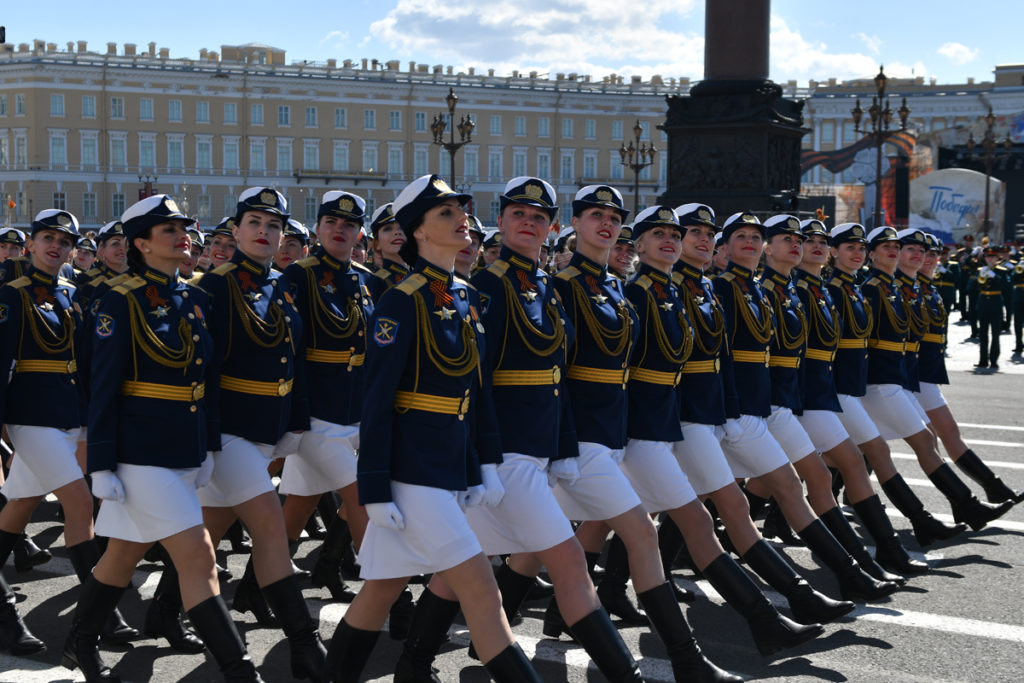 Well, it´s not an aviation component of the parade, but it´s also a nice view 🙂