On 8th October 2020, a detachment of fourteen F-15C/D Eagle aircraft belonging to the 493rd Fighter Squadron, left their home base at RAF Lakenheath in the United Kingdom and headed Keflavik Air Base. In this way, after more than two years gap, the 493rd Squadron returned to Iceland.

The 493rd Expeditionary Fighter Squadron, nicknamed the ´Grim Reapers´, is assigned to the 48th Operations Group, stationed at Lakenheath. The squadron is the only F-15 Eagle operator in Europe and has earned multiple air force prizes and awards. Among them, winning the Raytheon Trophy for the top fighter squadron within the USAF, must be mentioned. The ´Grim Reapers´ won this trophy twice, in 2007 and 2014.

For quite some time an enhanced interest of the global powers in the High North can be observed. And, as usual, both navy and the air force were the first to mark their presence in the area. It was not so long ago when we reported about the works performed in the Russian northernmost air base in Nagurskoye that received an all-year runway and would be significantly enlarged. Long-range patrols over the northern seas are conducted by the Russian Aerospace Forces on the regular basis, and their frequency increases. 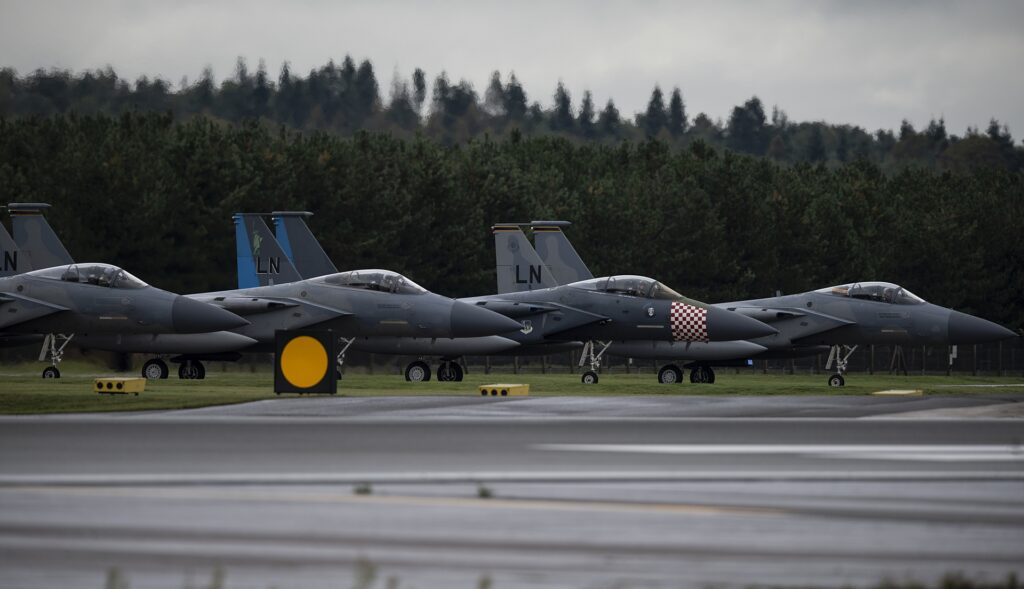 The changes can be also observed on the other side of the Arctic Ocean. In February this year, the USAF performed the first ever FARP procedure in Arctic conditions, at Joint Base Elmendorf-Richardson, Alaska. The procedure, initially developed for the warm climate area, was for the first time carried out in an extreme cold weather conditions – being an important sign that, after a long time since the end of Cold War, the significance of the Arctic increased again.

Certainly, this is not the first Icelandic Air Policing mission for the USAF, although the number of participating aircraft is significant. Most of the missions performed by the NATO countries over Iceland since 2008 included 4 – 6 jet fighters to be deployed to Iceland, with only one exception – and that was exactly the previous mission of the ´Grim Reapers´ in 2018, with 14 F-15C Eagles sent to Keflavik.

The current deployment is expected to last until the end of November. In all likelihood, the personnel of the 493rd Squadron would not be bored with their mission in the High North, taking into account the recent frequency of Russian long-range patrols in the area. 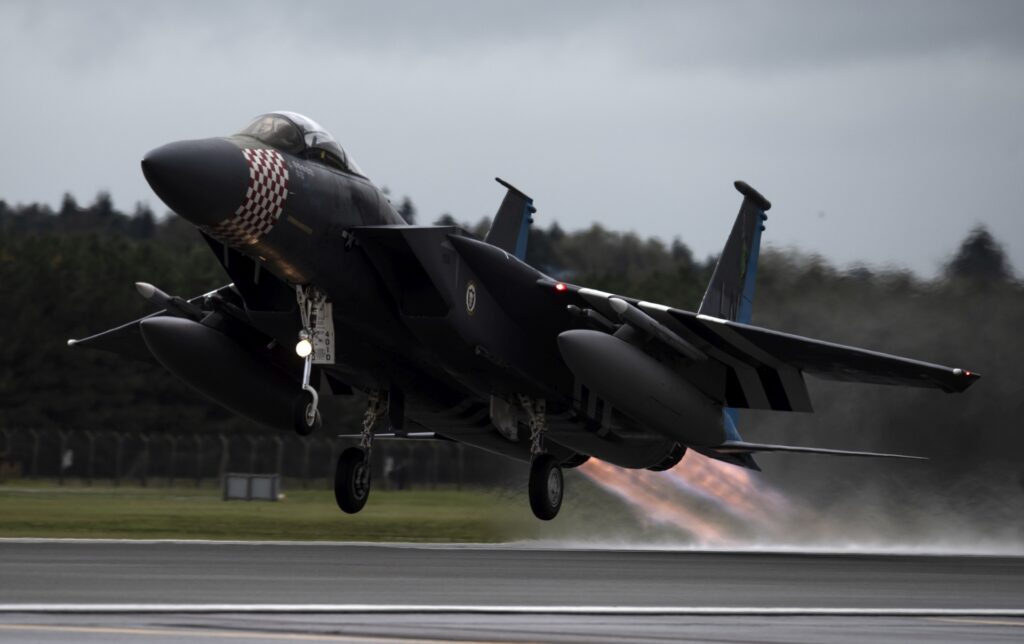 In the Cold War era, the USAF used to maintain one of its fighter squadron in Iceland. In 2006, the US Iceland Defense Force was disbanded and Iceland – a country being a NATO founding member but not having its own air force – was left without protection of its airspace. Shortly thereafter, the Prime Minister Geir Haarde requested the NATO countries to take joint responsibility of protecting Iceland.

The rotational deployments of NATO fighter jets within the Icelandic Air Policing operation were launched on 5th May 2008, when four French Mirage 2000s arrived Keflavik. Since that time, the protection of the Icelandic airspace was carried out by German, Danish, Norwegian, Canadian, Portuguese, Italian, Czech, British and American fighters. The deployments to Iceland are commanded and controlled by the Combined Air Operations Centre at Uedem, Germany. 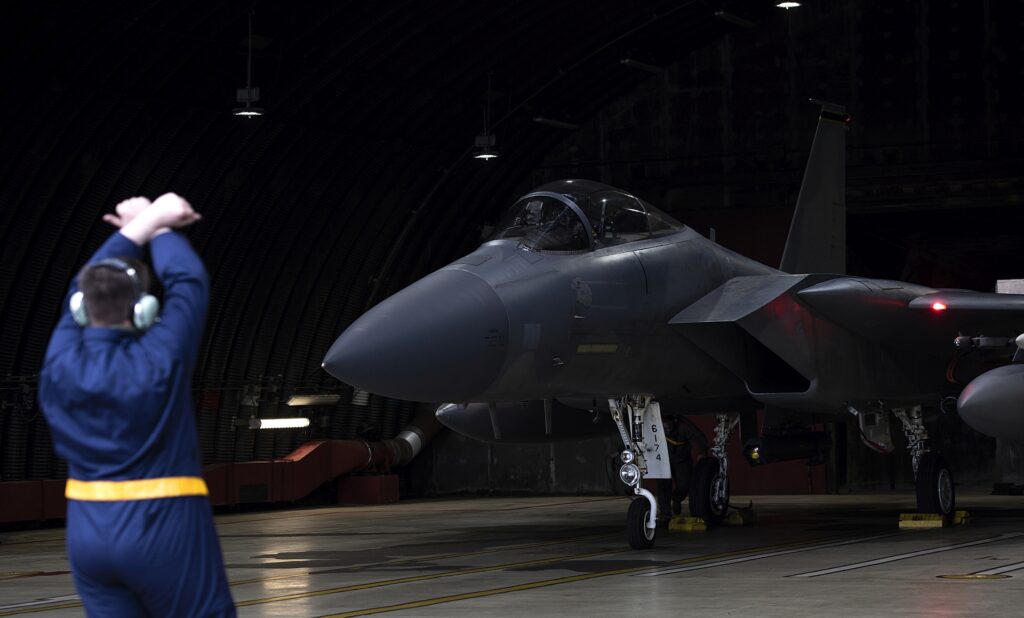 USAF F-15C Eagle is marshalled onto the flightline in Lakenheath

The information from NATO official press releases were used. The appearance of U.S. Department of Defense (DoD) visual information does not imply or constitute DoD endorsement. All photos and cover photo by Airman 1st Class Jessi Monte, USAF (DVIDS images).