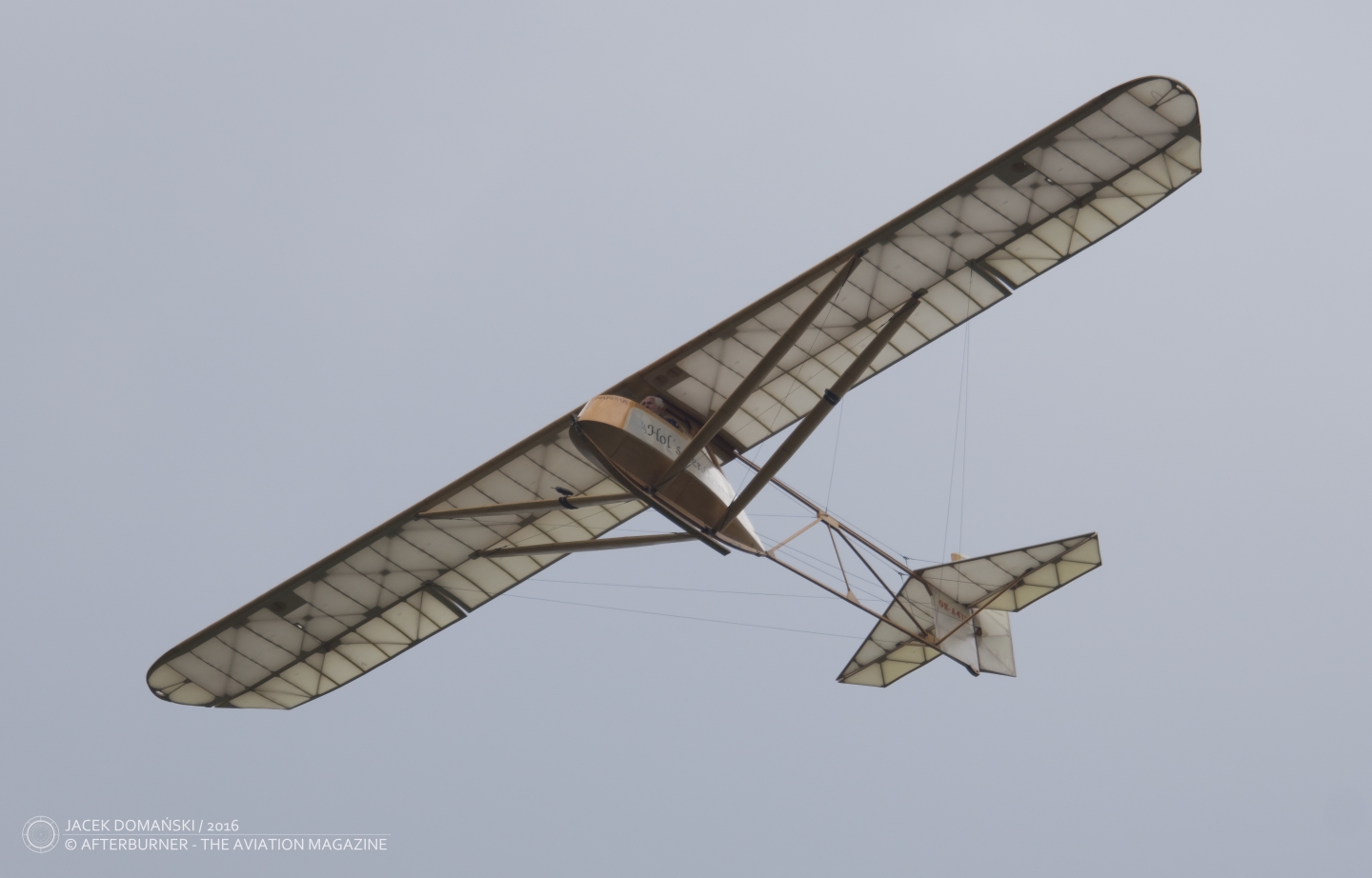 In 1928, Alexander Lippisch and Hans Jacobs, two German pioneer aviation designers, built a glider named ´Hol´s der Teufel´. It was the second glider designed by Lippisch and it was named after his first construction from 1923.

´Hol´s der Teufel´ can be translated into English as ´devil take it´ and, being rather a little weird name for an aircraft, was taken from Swedish curse ´djävaler anamma´. It was one of the favourite phrases uses by two Swedish students working in Lippisch´s workshop.

This German design became a very popular glider in late 1920s and 1930s, especially when in 1932 the detailed plans were published by Jacobs in the amateur glider-building book. ´Hol´s der Teufel´ gliders were built in Germany, Hungary, UK and even in Brazil and Australia.

The plans published in 1932 became the inspiration for Gerhard Maleschka and Jiří Leník to build a replica of Jacobs – Lippisch glider. They started in 2002 and after more than four thousand working hours, the replica was ready in 2004. The replica was then registered as an ultra-light glider, becoming the sole airworthy ´Hol´s der Teufel´ in the world.

Over the next few years the unique silhouette of German sailplane enjoyed the spectators at many air shows in Czech Republic and Europe. The Jacobs – Lippisch glider proved to be a really timeless design, still in 2000s allowing its pilot to earn the FAI Silver C Badge.

Regrettably, on 18th July 2016, during the historical glider rally held at Plasy, ´Hol´s der Teufel´ – exceptionally not flown by Jiří Leník – impacted  terrain on approach to the airfield. The aircraft was significantly damaged, fortunately the pilot was just slightly injured. The crash was caused by pilot´s error.