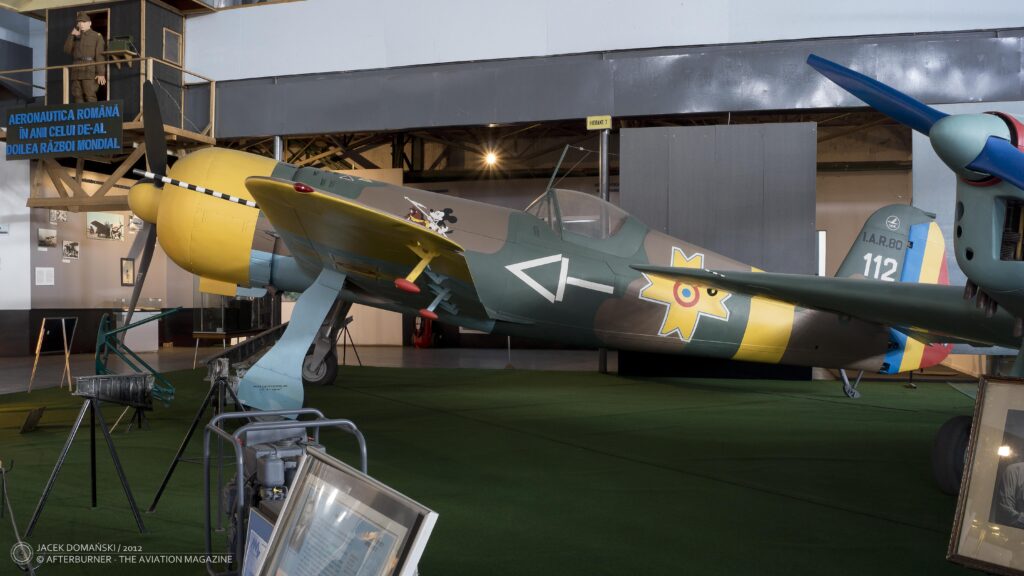 Shortly after the end of the Great War, many European politicians realized that current peace would not last forever. Starting from the thirties, several countries were preparing for next conflict that was expected to break out at the beginning of the next decade.

Romania, although at that time being considered as one of the poorest European countries, was no exception. The Royal Romanian Air Force (Aeronautica Regală Română), officially established in 1924, was among the branches of the country´s armed forces that urgently needed modern and reliable equipment.

It should be mentioned here that Romania found itself in a somehow complicated political situation, balancing between the European powers. Considering the possibility of problematic cooperation with foreign manufacturers, the Romanian government decided to create domestic aviation industry and develop its own aircraft.

Industria Aeronautică Română (IAR), established in 1925 in Brașov, was one of the three Romanian aviation factories that were formed between 1923 and 1932. The first IAR-made aeroplane performed its maiden flight in 1930. It was a prototype of monoplane fighter aircraft and never went beyond this stage. Three years later, IAR 14 training aeroplane performed its first flight and then was approved for serial production, with a short series of twenty examples. In 1937, the IAR factory developed another trainer, designated IAR 27 – being the first mass produced aeroplane of the company, with more than 200 examples built.

Nevertheless, despite emphasizing an importance of domestic aviation industry, the Romanian government continued with purchasing military aircraft from other countries. Many of them were manufactured under licence by the IAR company, including Morane-Saulnier MS.35, Potez 25, PZL P.11f, PZL P.24g, Fleet 10G and Savoia-Marchetti SM.62.

Especially the contract signed with the Polish government – covering purchase of the already mentioned P.11 and P.24 fighters – was considered as big disappointment for the IAR company. The Romanian manufacturer had proposed its own design, IAR 24 low-wing monoplane, but it was not accepted by the authorities. The Romanian company had to settle with acquiring the license rights for producing the Polish-designed fighters.

However, this was just another impulse to continue with development of a modern domestic fighter aircraft. In 1937, the team of IAR designers – led by Ion Grosu and including Ion Coșereanu, Gheorghe Zotta, Viziru Grosu and Ion Wallner – began to work on a new aeroplane, comparable to other leading designs of the era. As a base for the project, IAR 24 prototype and P.24 were used and examined in depth to define their best characteristics.

The new fighter, officially designated IAR 80, was ready at the beginning of 1939. It was a low-wing monoplane with closed cockpit and retractable landing gear. The aircraft was powered by a licensed Gnome-Rhône 14K II Mistral Major engine. Flying tests performed in April of the same year proved its respectable performance regarding top speed, climb rate and ceiling.

Later that year, an upgraded prototype – equipped with more powerful variant of the 14K engine – was tested against a German-made aircraft, Heinkel He 112, that was recently offered to Romania. Both fighters had some advantages and disadvantages but finally the IAR 80 was approved and initial order for 100 aircraft was placed in August of 1940.

However, the general course of the World War II significantly slowed down the production process of the IAR 80. In the course of 1940, Romanian authorities definitively abandoned their hopes associated with the Allies and turned to Germany. That caused several delays with manufacturing the new fighter, for example an issue with the Belgian-made FN 7.92mm machine guns. Initially, they could not be delivered due to invasion of Belgium, then supplying them to Romania was put on hold by German occupation authorities. It was allowed only after November of 1940, when Romania officially joined the Axis. Finally, although being designed in 1937, the new Romanian fighter entered operational service as late as February of 1941.

There are a lot of rumours and legends related to the IAR 80 operational service and its performance. The aircraft is usually compared to other leading fighters from the era, including Hawker Hurricane, Supermarine Spitfire and Bf 109, with emphasis on its exceptional performance and flight characteristics. Nevertheless, one mistake is appearing repeatedly – when talking about comparing the IAR 80 with the Spitfire, one must not forget about the year and particular variant of the aircraft.

Obviously, when comparing to the Hurricane and early versions of the Spitfire and the Bf 109, the IAR 80 had a respectable performance. Although not being superior to them, the Romanian fighter compensated its disadvantages with exceptional manoeuvrability. Nevertheless, it was at the time of maiden flight of its prototype, in the early 1939. When the IAR 80 finally entered the operational service, the Hurricane was already gone from the first-line RAF fighter squadrons, and both the Spitfire and the Bf 109 were operated in their significantly advanced versions – Mk.V and Bf 109 F, respectively.

One of the biggest disadvantages of that aircraft was its armament. As already mentioned, the IAR 80 initially had to be equipped with six 7.92mm machine guns, which was enough for the time it was designed. Nevertheless, a rapid development of aviation during the war and use of armour plates or self-sealing tanks forced the increase of the fire power. Since the late 1940, leading fighter aircraft were already equipped with cannons while the first successful attempts to equip the IAR 80 with 20mm cannon are dated for the late 1942.

Another common rumour says, that the IAR 80 was developed directly from the PZL P.11/P.24 fighter family. Although, as already mentioned, the IAR designer team was examining the Polish fighter, only tail section of the PZL aircraft was used. The new Romanian fighter was, from the very beginning, developed as a low-wing monoplane, starting with the prototype of IAR 24. Thus its engine section, wings, central part of the fuselage and cockpit were newly designed and had nothing in common with the Polish aircraft.

Generally speaking, the IAR 80 was a reliable and respectable fighter aircraft that was well received by its pilots. Although at the time it entered the service, the IAR 80 could not match with the then newest developments but was still enough to defend the country against the Allied air raids, as well as for conditions of air combat on the Eastern Front. Several pilots flying the IAR 80 achieved air ace status, recording victories not only over the Soviet aircraft but even P-38 Lightings or B-24 Liberators of the USAAF.

There was a total number of approximately 450 aeroplanes built, both as the IAR 80 fighter and the IAR 81 light strike aircraft. Regrettably, none of them survived until today, as all remaining IAR 80s were scrapped in the 1950s. Nowadays, only replicas made partially with use of original elements are exhibited in Romanian aviation and military museums.