Max Immelmann was born in Dresden, on 21st September 1890. In 1905, at the age of 15, Immelmann enrolled as a student in the Dresden Cadet School, and later in 1911 he joined the Railway Regiment No.2 (Eisenbahnregiment Nr.2) with the rank of an Ensign. In 1912 he left the army to study mechanical engineering in his hometown.

On the outbreak of the World War I, Immelmann was called for active service in railway troops, but quickly – in the end of 1914 – he volunteered to join Die Fliegertruppe and was sent to the military flight school, which he graduated in 1915. 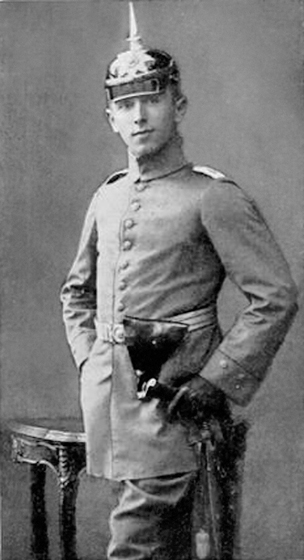 During the early years of the Great War, Immelmann served in Northern France, firstly assigned to be the reconnaissance aeroplane pilot. Nevertheless, Immelmann gained his fame as a fighter pilot, which was associated with the newly introduced fighter aircraft – Fokker E.I (Eindecker), equipped with a significant novelty – a synchronized machine gun.

It was just Immelmann and another famous German fighter ace of that time – Oswald Boelcke, who officially got the new aeroplanes as the first German pilots. And just after a few days, on August 1st, 1915, both Immelman and Boelcke had the perfect opportunity for operational use of their new fighters, when the Douai airport became the target of attack for 9 British B.E.2 light bombers.

The two German pilots took off to pursuit the bombers and unfortunately, the machine gun of Boelcke’s aeroplane got jammed. He suddenly went down in a dive, leaving Immelmann alone with nine British aeroplanes – however, this did not throw Immelmann off his trail. He decided to attack one of the B.E.2s, injuring the pilot and therefore forcing him to perform an emergency landing. Then, Immelmann landed next to the aeroplane he shot down and personally captured its two-man crew. For this feat, and his first officially confirmed victory, Max Immelmann received the First-Class Iron Cross. 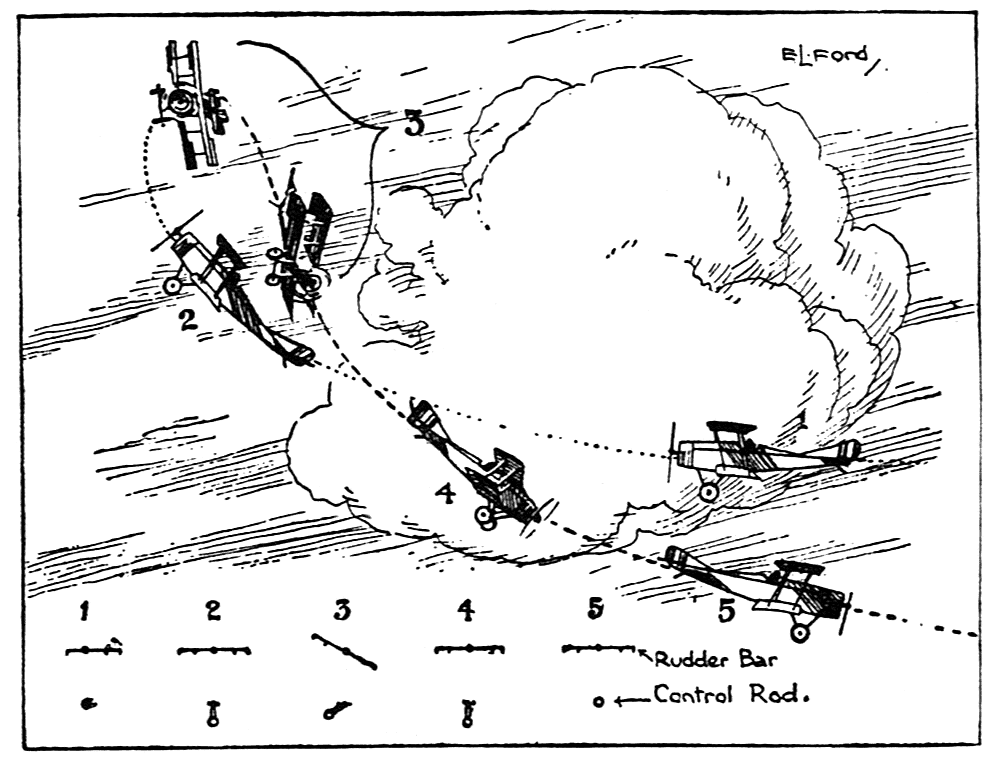 When till December 1915, Immelmann shot down six more aircraft, he immediately became the favourite of the German press, which called him “the Lille Eagle” (Der Adler von Lille). At this time, he was still competing for further aerial victories with Oswald Boelcke. On January 12th, 1916, Immelman and Boelcke, both having the same amount of 8 victories, became the first German airmen awarded the highest German decoration Pour le Mérite, usually nicknamed as “Blauen Max” (Blue Max). An interesting fact is, that the colloquial name comes both from the colour of the medal and the Immelmann’s name, most probably because he was mentioned as first, who received this medal (Boelcke was the second one).

Immelmann died during a patrol flight over northern France, on June 18th, 1916. The reasons of his death are still unclear. The British version seems to be the most probable, stating Immelmann has been shot down by a two-seat fighter F.E.2b with a crew: pilot G.R. McCubbin and gunner J. H. Waller, from the 25th RFC Squadron. The Germans, in turn, are attributing that it was the anti-aircraft artillery, that shot down their ace fighter. That second version was also supported by the constructor of the aircraft, Anthony Fokker.

Additionally, there is a statement of Max’s brother, who claimed that in Immelmann´s aeroplane the propeller was damaged, so most likely the crash was caused by failure of the machine guns synchronizer. A similar failure occurred to Immelmann already twice before – in April and May of 1916, what caused shooting off the propeller and forced the German pilot to perform emergency landings.

Until the day of his death, Max Immelmann scored 17 aerial victories. He was one of the first great World War I ace to die in combat. As a direct consequence of Immelmann’s death, Boelcke – who already was credited with 13 victories at that time – was transferred to Eastern Front to spare the life of such experienced pilot (a bit ironically, in a few months, after his return to the Wester Front, Boelcke died in a crash after the mid-air collision with one of his own men).

Nowadays, the Taktisches Luftwaffengeschwader 51 of the Luftwaffe (German Air Force) still continues Immelman´s legacy – the unit, formerly known as Aufklärungsgeschwader 51, was named in his honour in 1993. The TaktLwG 51 „I“, with the home air base at Schleswig-Jagel airfield, is equipped with Panavia Tornado jet aircraft and is a full NATO Tiger Association member since 1994. 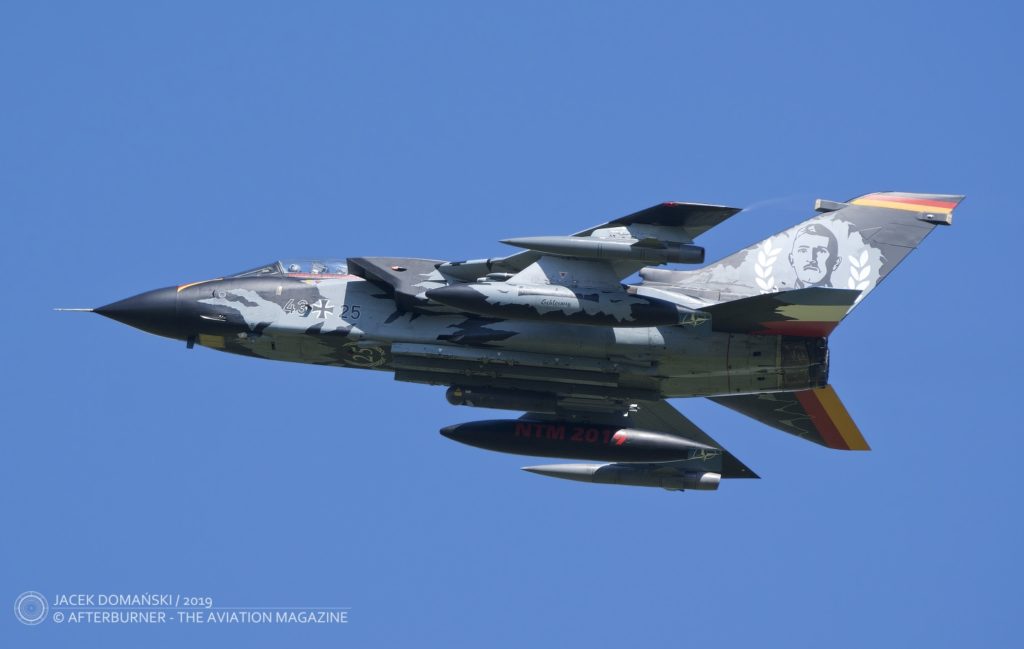 This year, the TaktLwG 51 is celebrating its 25th anniversary and at this opportunity one of the Tornados received a special NATO Tiger Meet livery, honouring both the unit and Max Immelmann. This Tornado livery was warmly received during the NTM 2019 in Mont-de-Marsan and during the 2019 edition of Tag der Bundeswehr in Jagel.

The return of Rosinenbomber – 70th anniversary of the Berlin airlift.