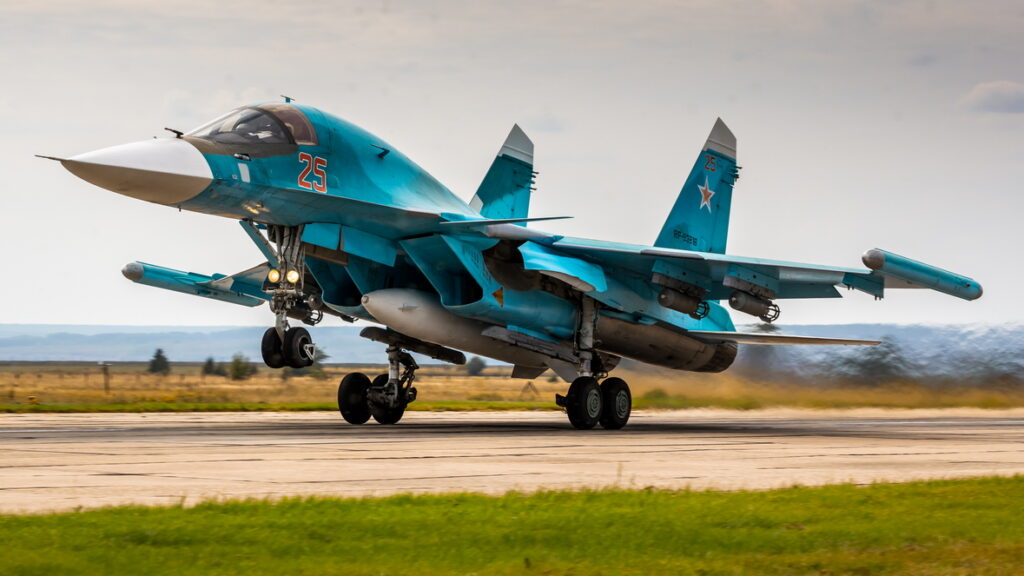 In the middle of November 2021, Su-34 aviation crews of the Central Military District performed a series of live-fly exercises in the area of South Ural region. Among elements of the training, advanced aerobatic manoeuvres were practised to perfection, including the famous ´Nesterov loop´.

The exercise was held at a military airfield located in the Chelyabinsk region, with participation of 50 crew members and engineering personnel, as well as five Sukhoi Su-34 fighter-bombers.

In accordance with schedule of the exercise, the training flights were performed at altitudes between 1,000 and 5,000 metres with use of afterburners. Apart from the abovementioned ´Nesterov loop´, set of other aerobatic manoeuvres including different types of rolls, loops, dives and climbs were mastered to perfection.

The ´Nesterov loop´ (also known as the ´dead loop´) is an aerobatic figure that was performed for the first time by the legendary Russian aviation pioneer, Pyotr Nikolayevich Nesterov (Пётр Николаевич Нестеров). He was among the only few pioneers who, from an early stage of aviation, were convinced that an aeroplane can fly a loop – the manoeuvre that no one performed so far.

Eventually on 9th September 1913 (or 27th August, according to old calendar then used in Russia), Nesterov performed this aerobatic figure for the first time, flying a Nieuport IV monoplane. The performance took place at Syretzk Aerodrome (Сырецкий аэродром) in Kiev, observed by gathered audience. Nesterov´s achievement is commonly considered as the first step to aviation aerobatics.

The Sukhoi Su-34 (NATO reporting name: Fullback) is a modern jet fighter-bomber (strike fighter) currently used by the Russian Aerospace Forces. The aircraft was introduced in 2006 and features an armoured two-seat cockpit in side-by-side configuration, air-to-air refuelling installation and advanced electronic countermeasure system. The Su-34 is powered by two Saturn AL-31FM1 engines with afterburner and can carry up to 12,000 kg of bombs, rocket and missiles at its twelve external hardpoints.

A short video from the training over the South Ural is available here.

Assembling of the first Mi-171A3 offshore helicopter has started

On 6th December 2021, the aviation regiment located at Chelyabinsk Shagol air force base, and being a part of the 14th Army of the Air Force and Air Defence (14-я армия ВВС и ПВО), celebrated […]