As we already announced, another military holiday – the Day of the Russian Navy (День Военно-Морского Флота) was observed today in Russia. And as usual, the Navy Day was highlighted by the main Naval Parade that took place in St. Petersburg and similar events organized at other Russian naval bases across the country.

Obviously, the parade in St. Petersburg attracted the main attention and the celebrations were live broadcasted by main Russian television stations and on the Internet. Apart from the usual gala of warships, one of the important part of the parade was the presentation of aviation component, including aircraft from Russian Aerospace Forces and naval aircraft of the Baltic, Northern, Black Sea and Pacific fleets. 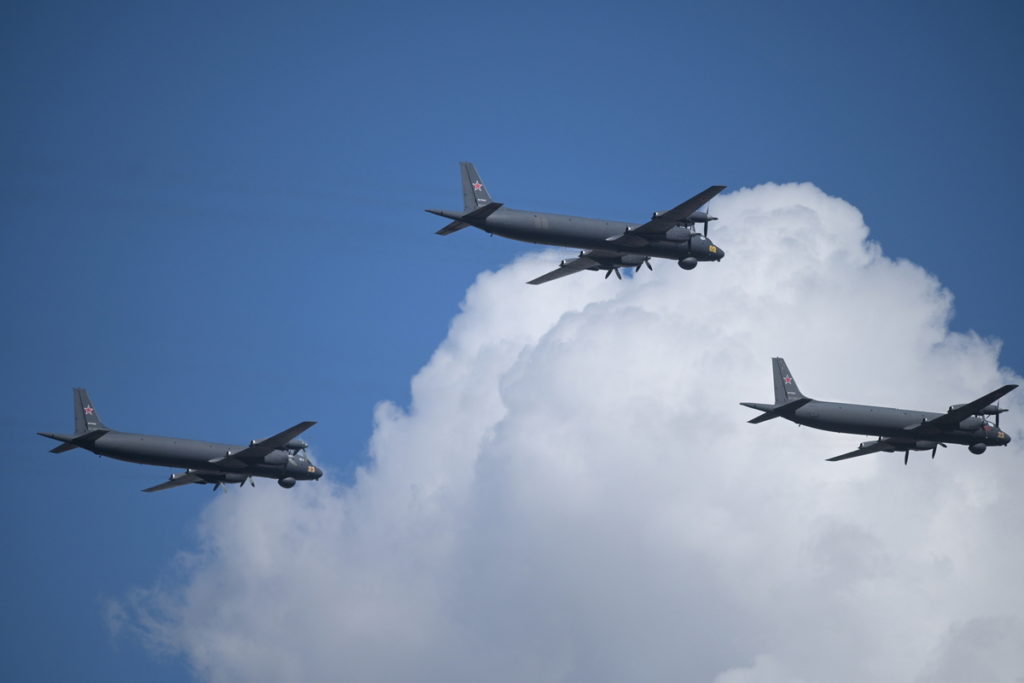 A formation of Il-38 reconnaissance and anti-submarine aeroplanes

The flypast of naval aviation over the Neva river concluded the main parade. Both the spectators in St. Petersburg and those who watched it at home could enjoy an interesting presentation of Russian naval aviation. In addition, the live broadcast was enhanced by some cockpit views and images from cameras mounted on participating aircraft.

As mentioned earlier, not only the central celebrations in St. Petersburg were including the participation of aviation component in the parade. It is noteworthy that, for the first time, the Navy Day was observed in the Republic of Dagestan – the Caspian Flotilla celebrated it in the city of Kaspiysk. Certainly, with a noticeable participation of Russian military aviation. The 4th Aviation Army presented there more than ten aircraft, including Su-25, Su-24 and Su-34 jets, plus Mi-8AMTSh, Mi-35 and Ka-27 helicopters. 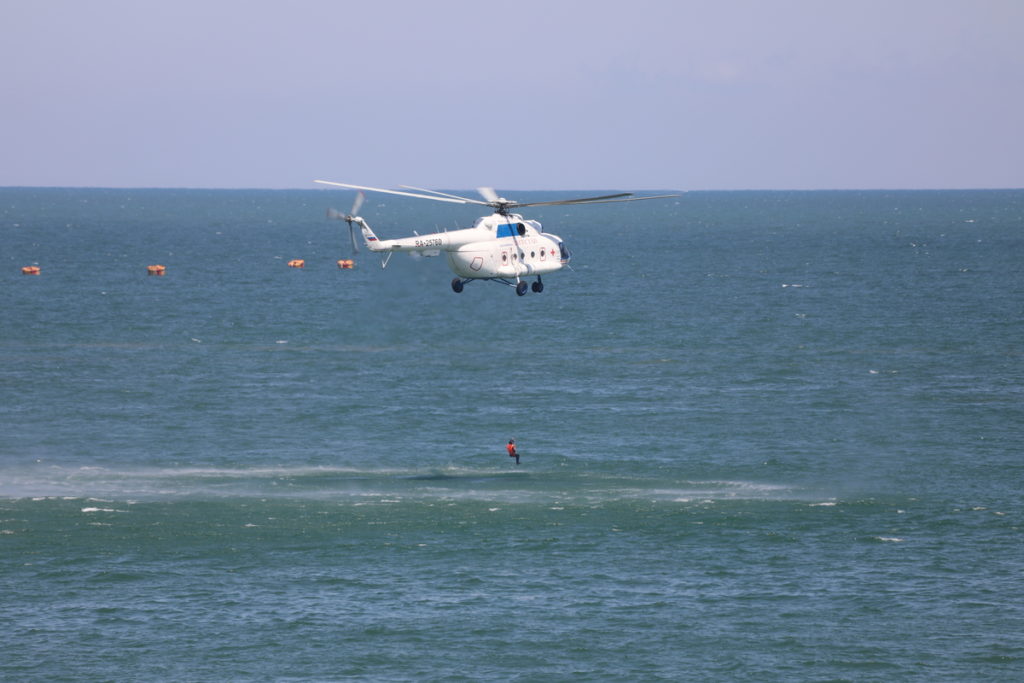 Also the Russian Armed Forces in Syrian Arab Republic celebrated the Navy Day. The parade in Syria was organized in the port of Tartus, showing several combat ships of the Russian Navy with participation of Russian Aerospace Forces and army aviation. A group of army and naval helicopters opened the air part of this parade, with Ka-27PS, Mi-8AMTSh and Mi-35. Those rotorcraft were followed by Su-24 bombers, Su-34 and Su-35 multirole aircraft, A-50 early warning aeroplane and the formation of An-26 and An-72 transport aircraft.

In addition, a formation of Mi-35 provided the close support for the marine corps, in the dynamic display based on the beach-landing scenario. The celebrations were concluded by Ka-27 rotorcraft, flying with the flags of the Russian Federation, Syrian Arab Republic and the Russian Navy.

The aviation component was also participating in celebrations held in Baltiysk, Sevastopol and Severomorsk. In the evening, a traditional artillery salute concluded the Day of the Russian Navy. 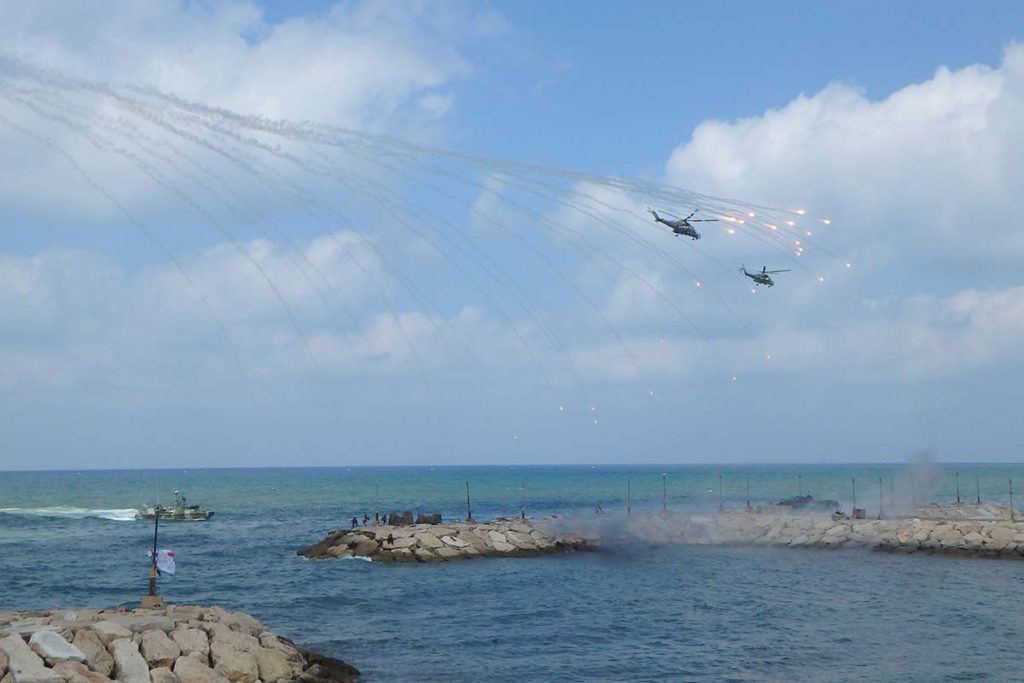 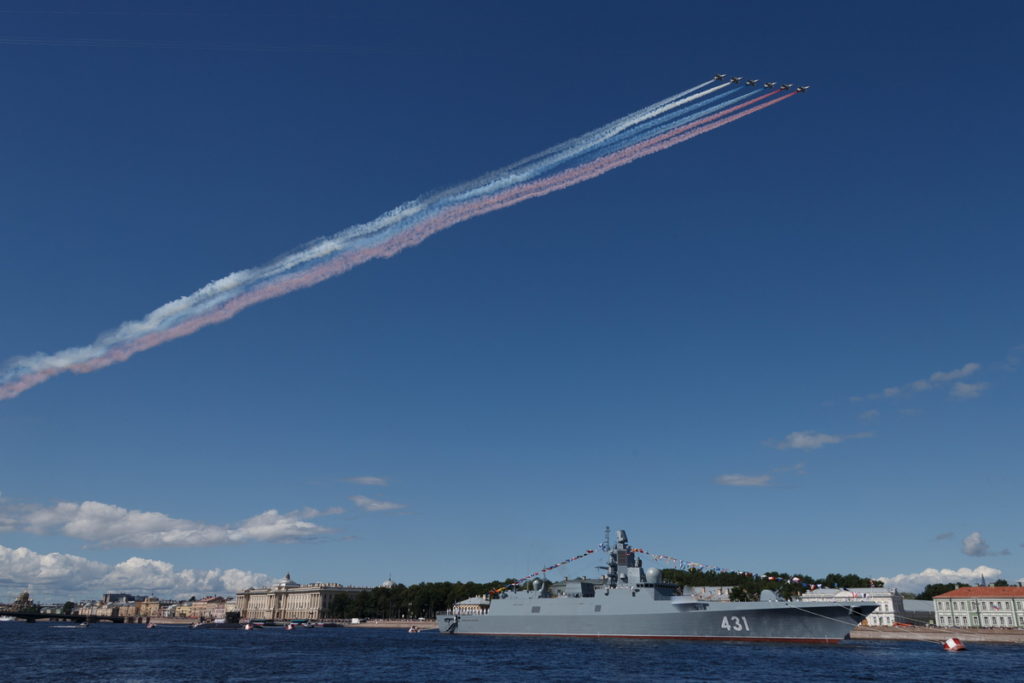 Similarly to other events in 2020, the Navy Day parade was concluded by a formation of Su-25, creating the Russian national flag in the sky