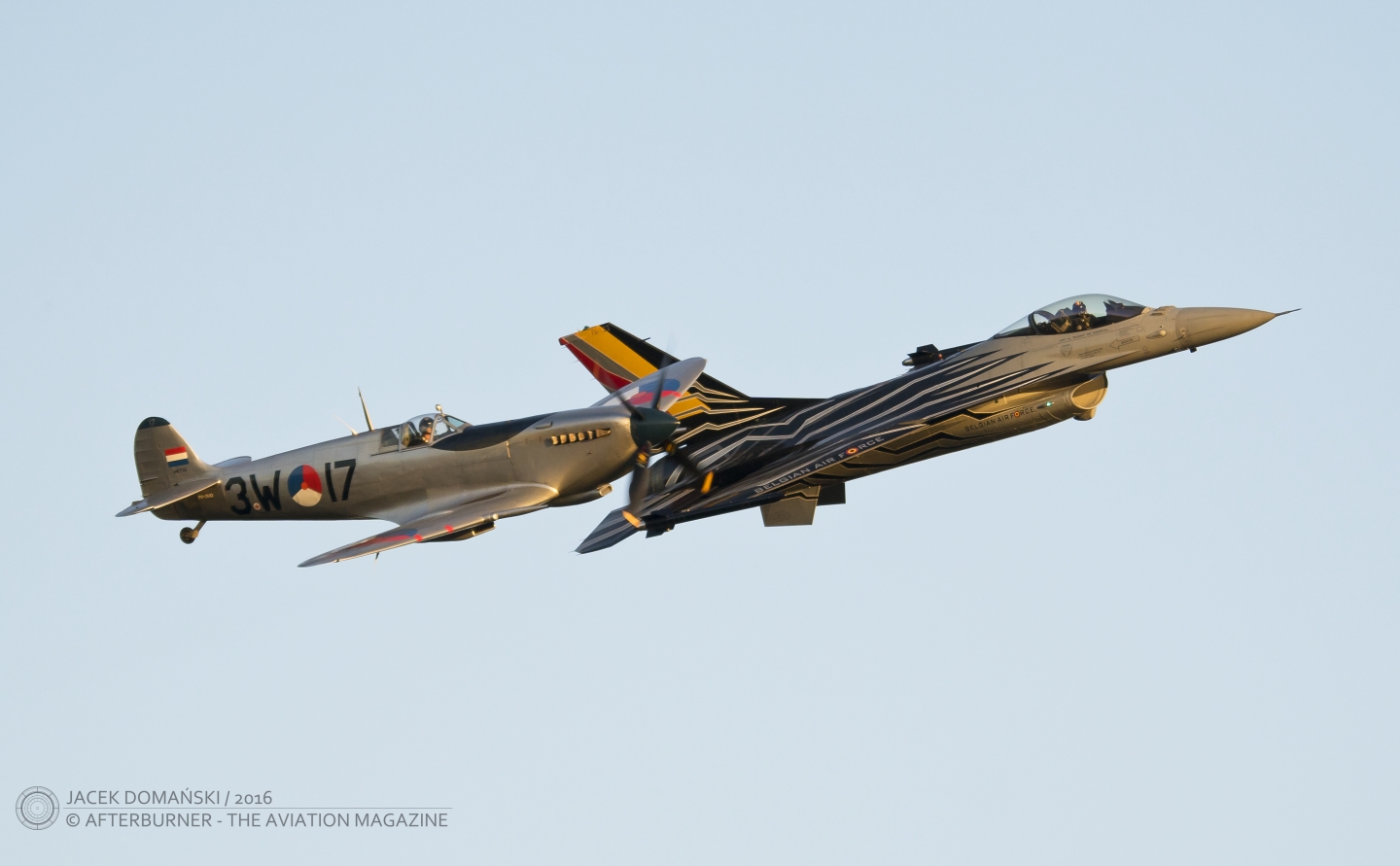 The Spitfire story in the Dutch air force officially begins in June of 1943, when the first separated Dutch squadron within the Royal Air Force was established. No. 322 (Dutch) Squadron initially retained the code letters VL (changed to 3W in 1944) and was flying Spitfires Mk. V and Mk. XIV.

In October 1947 the first Dutch squadron was disbanded, and all its Spitfires returned to the RAF. A few months later, the Royal Netherlands Army established its own flying units – firstly the Jachtvliegschool (training unit) at Twenthe, then 322e Jachtvlieg Afdeling (fighter section); both of them received the Spitfire Mk. IX fighters.

The 322nd JaVA was deployed to the Dutch East Indies and its inventory included the pictured Spitfire Mk. IX, as H-25. When the fighter unit returned to the Netherlands in 1951, the code letters were changed to 3W, followed by the number of aircraft. H-25 changed to 3W-17 and this Spitfire continued its operational duty in the 322nd Squadron until 1953, being replaced by Gloster Meteor jets.

Nowadays, the 3W-17 is proudly operated by the Royal Netherlands Air Force Historic Flight. This aircraft was manufactured in 1943 and is reported to operationally used during the World War II, including the combat operations during the D-Day. The silver Dutch Spitfire is powered by a 1720 hp Rolls-Royce Packard Merlin 224 engine and has a four-blade propeller.

3W-17 could be seen at many European air shows – Sanicole International Airshow is just one of the examples, with silver Spitfire Mk. IX flying the displays there on regular basis.

F-16 Fighting Falcon is still the basic fighter aircraft of the Belgian Air Component, that currently operates more than 40 F-16 fighters. The aircraft were manufactured in Belgium, at SABCA production plant, between 1978 and 1991, all of them went through the MLU upgrade programme.

Together with the first delivery of F-16 to Belgian Air Force, the display team was created in 1979. The pilot and the dedicated aeroplane are rotating every three years, and there were already 17 demo pilots flying in the Belgian Air Force F-16 Solo Display – with ´Vador´ and his ´Dark Falcon´ being the 18th, for the years 2018 – 2020.

The seventieth team, performing the display flights between 2015 and 2017, was led by Captain-Commandant Tom De Moortel, nicknamed ´Gizmo´ and flying the FA-123 jet, called ´Blizzard´. A special, black-grey-white paint scheme for the demo aircraft was designed by Johan Wolfs and Peter Verheyen, and the idea behind the painting was to match with the smoke winders and vortices coming off the aircraft.

In 2016, at the 6th Sanicole Sunset Airshow, the ´Blizzard´ and Spitfire Mk. IX performed a joint flying display, being a wonderful presentation of two iconic aeroplanes in the formation flight and at the same time showing the changes in the fighter aircraft design and capabilities over the years. The magnificent sunset and the golden sky were the perfect background for this unique display.